A party for hacking, discovering, and sharing hardware

Hebocon is a robot fighting competition “for the technically ungifted” where high-tech robots are banned. Robots are usually made from dollar store toys and spare parts and go toe-to-toe in robot sumo. For Teardown participants this will be your chance to embrace your inner crappiness. Resurrect your broken tech into lean, mean, crappy machines and fight for glory!

See below for the official Hebocon rules.

This is a robot sumo-wrestling competition. It is an arranged version of Japanese sumo wrestling.

The situations below do not count as losses, and therefore the match continues:

The rules stated hereinafter have been conceived for the purpose of giving even faulty robots the chance of doing well.

the two robots ever coming into contact, the match is considered a failure, and therefore a rematch is to be held. (This is a rule to prevent robots with poor steering capabilities and those that move straight ahead at high speeds from being disadvantaged.) However, this rule is to be applied only twice per matchup. From the third time, this rule does not apply.

winner is not decided within the time limit, the robot that has travelled a shorter distance in the ring loses. (This rule is to prevent unmoving objects that are just simply heavy - such as a metal ball or a brick - from being the strongest.)

When the Judging is Difficult

rules, then the final result is to be determined by the audience.

match (six points are deducted per violation per match).

Please participate with a robot that satisfies all the conditions stated below:

regarding the high-tech penalty rule).

destroy opposing machines (such as a moving electric drill).

more than one kilogram. There are no restrictions on height.

In the case that any of the following features on a robot have been achieved through the technical abilities of it’s creator, that creator is to be penalized for demonstrating overly high technical capabilities:

Note: The penalty is not to be applied in the case where there is a high-tech feature on a robot, but not achieved through the technical capabilities of it’s creator. Example: A machine consisting of a ready-made radio-controlled car and a bunny wrapped around it would not be subjected to the penalty, as the creator had nothing to do with the creation of the radio-controlled mechanism.

Note: Even if a robot has high-tech features, if the implementation fails or if it does not work at all, it will not receive a penalty. Example: The robot is supposed to automatically pursue the opponent, but instead it just turns around in place.

Note: Participants will be able to check in advance with the organizer of a particular Hebocon competition whether or not their robot would be considered as being high-tech by the judges.

points are deducted in the case a robot has multiple high-tech features.

So, those are the rules. If you are planning on entering a Hebocon competition, please make sure you read the document titled "What is Hebocon". Hebocon is not about winning the competition. It is more important to enjoy Heboiness. Don’t worry about winning, and just praise each other’s Heboiness!

This document is licensed under a Creative Commons Attribution 4.0 International license. To view a copy of this license, visit http://creativecommons.org/licenses/by/4.0/ or send a letter to Creative Commons, PO Box 1866, Mountain View, CA 94042, USA.

In Stock Order Below
options from
>

A collaboration between Crowd Supply and our partners. 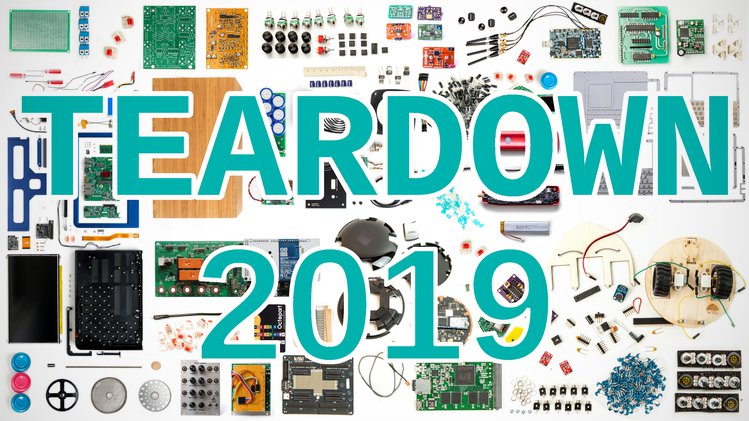 Our second annual party for hacking, discovering, and sharing hardware