A tiny robot for games, exploration, and programming

"Every Skoobot includes a companion board for programming and charging the Skoobot : USB charging of Skoobot, UART or Arduino Mode and J-Link mode (C firmware) and is a great way to learn more about robotics and programming."

"It’s barely bigger than an inch cubed, but it’s still packed with motors, a battery, sensors, and a microcontroller powerful enough to become a pocket-sized sumo robot."

"And, of course, it's got a tiny little happy face - so it's just the best robot ever."

"If you want to get started with robotics either for yourself, or maybe teach children, Skoobot robot could be an interesting option."

"Programmed via Android Studio, Node.js or Segger Studio you can make the robot respond to word commands or act in a swarm if you have a bunch of them."

Skoobot Combines The Best Of 3D Printing With Laser Cutting

Skoobot is tiny robot you will like and enjoy. It is full of cool tech, like Bluetooth Low Energy wireless, a 32-bit processor, a distance sensor, a microphone, and a buzzer. It can be controlled through an Android phone or a Raspberry Pi. It has fun games like capture the flag and robotroll. All its software is open source and modifiable by anyone. Its small size makes it easy to store and experiment with. 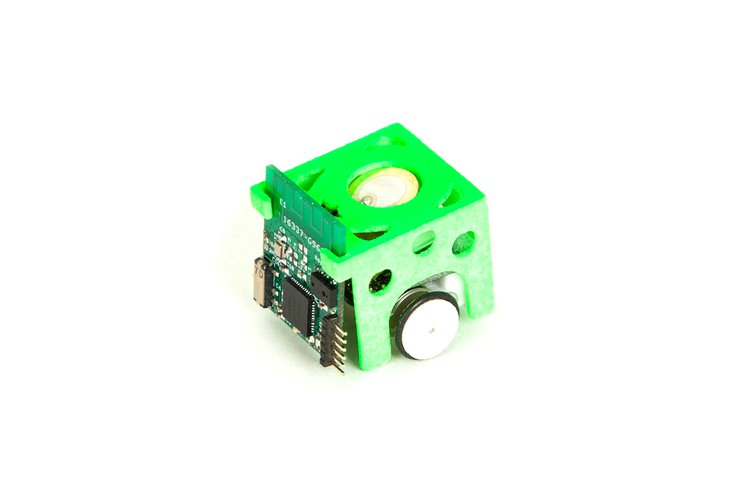 What can it do?

Skoobot has a powerful 32-bit processor with fast floating point operations. Skoobot can communicate wirelessly with as many other Skoobots as you like. It can talk to Android phones and Raspberry Pis. It has a distance sensor which can measure objects from zero to four inches away. It can sense the light level. It has a microphone and can record bursts of audio. By using the fast floating point, it can do a fourier transform in preparation for word recognition. It also has a buzzer to communicate. 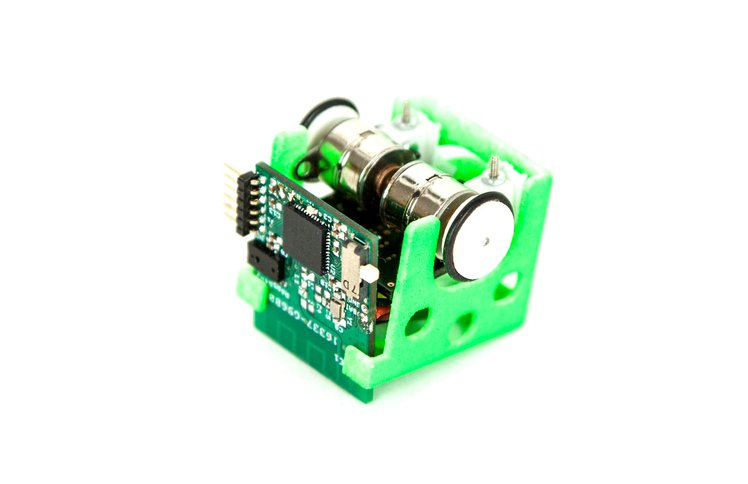 Every Skoobot includes a companion board for programming and charging the Skoobot.

In addition to the hardware, after the campaign I will be offering a free live webinar on how to install the IDEs and software so you can easily get started. This webinar will be recorded and available for free on demand after the fact.

As an additional service, if there is demand after the introductory webinar, I will offer courses to teach you more about Skoobot technologies, like BLE, firmware, Android, and the Raspberry Pi. My goal is, by using Skoobot as a common platform, users will learn from the courses how to code their own ideas on these platforms. 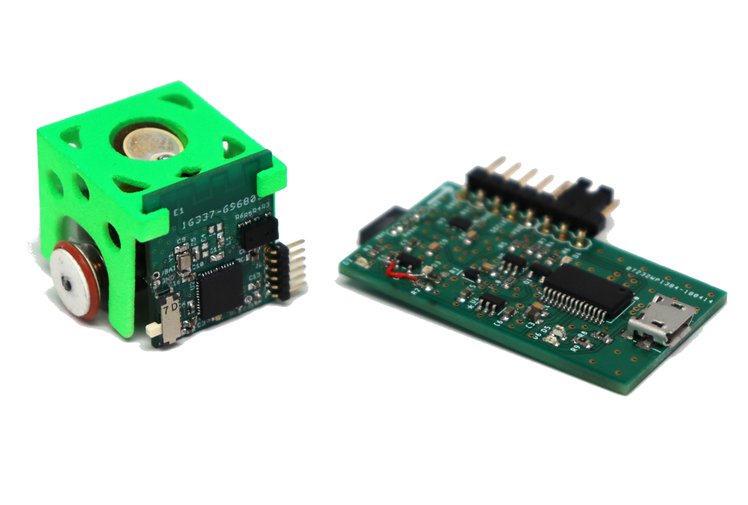 Why did I make it?

Skoobot is fun to play with and suits my needs as a hacker toy. It is also great for games and swarms of multiple Skoobots. The idea for Skoobot came from watching kids at an ADHD camp interact around a game of fighting spinning tops. Older kids were involved and engaged with the younger ones. They chatted freely about the tops and the games. I realized I could do the same, maybe better, with something more sophisticated and focused, perhaps involving ideas from education and ADHD research. When I left my last company, I decided to use my engineering skills to help these kids. From this, Skoobot was born.

I gave Skoobot a microphone and a processor powerful enough to handle the math needed for spoken word recognition. I gave it a buzzer to create meaningful feedback to the user. Once the children are drawn in by the cuteness and novelty, I direct them towards a cooperative game, with each child taking a turn. The game could be to solve a maze, or to help the robots communicate with a beep-based language. The cooperative game will be optimized for fun and social learning. The projected schedule is to have a prototype game for testing within a month after the campaign ends, then iterate with students and have a production-level game in six months. 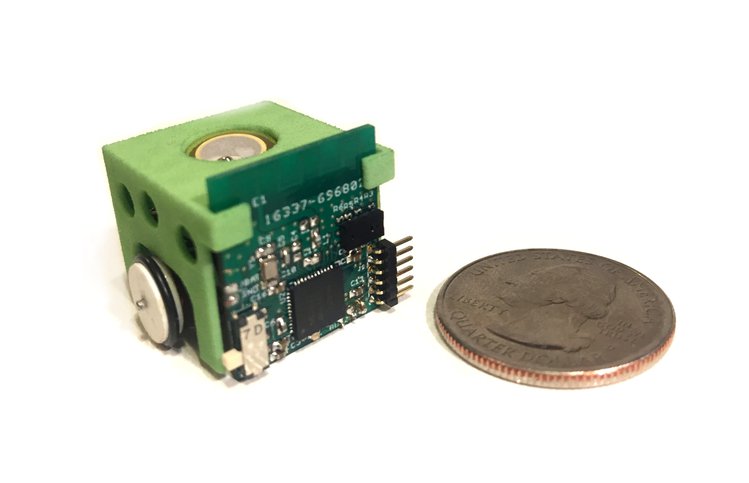 The Skoobot mainboard, daughterboard, and companion board will be manufactured and assembled in China and shipped to the US. The motors and battery will be sourced from China. All other parts, including 3D-printed parts, will be sourced in the US. Final assembly will be done here in the US by myself and assistants.

Skoobots final assembly, testing, and shipping will take place locally in Morgan Hill, CA. They will be shipped in weekly batches by USPS as they are assembled. Standard shipping to anywhere in the US is included in the pledge amount. California sales tax is also included in the pledge amount. Check out The Crowd Supply Guide for useful information about ordering, paying, and shipping.

There could be delays caused by unavailable electronic parts and problems in shipping timeframes. All parts have been ordered before, used and tested, so quality problems are less likely. Prices for some parts from China may be higher than before, in which case new parts may need to be found. 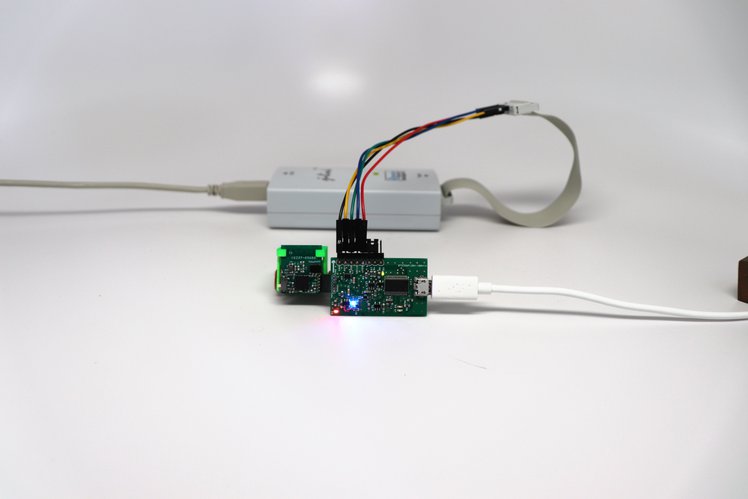 William Weiler Engineering is a software/hardware company focused on hacker toys, STEM, and Edtech. Our goal is helping kids and adults learn robotics, software and embedded programming through online tutorials and workshops. Our special focus is helping kids on the Autism spectrum gain interpersonal skills through social games involving robots. Our slogan is "Make it work, make it shine."