Report Back from Factory on HDMI

Mike’s staff began the PCB assembly of the run of 100, and had to stop at 36. 20 were ok: 16 of them, the HDMI connector refused to fit. The reason: the CNC machining on the edge of the PCB has not been done accurately enough: it’s simply too ragged. The staff did some experimentation, cleaning up some of the edges in the cut-out with an xacto-knife: this did the trick, even though it is shaving something like 0.01 mm off the ragged edge of the PCB. 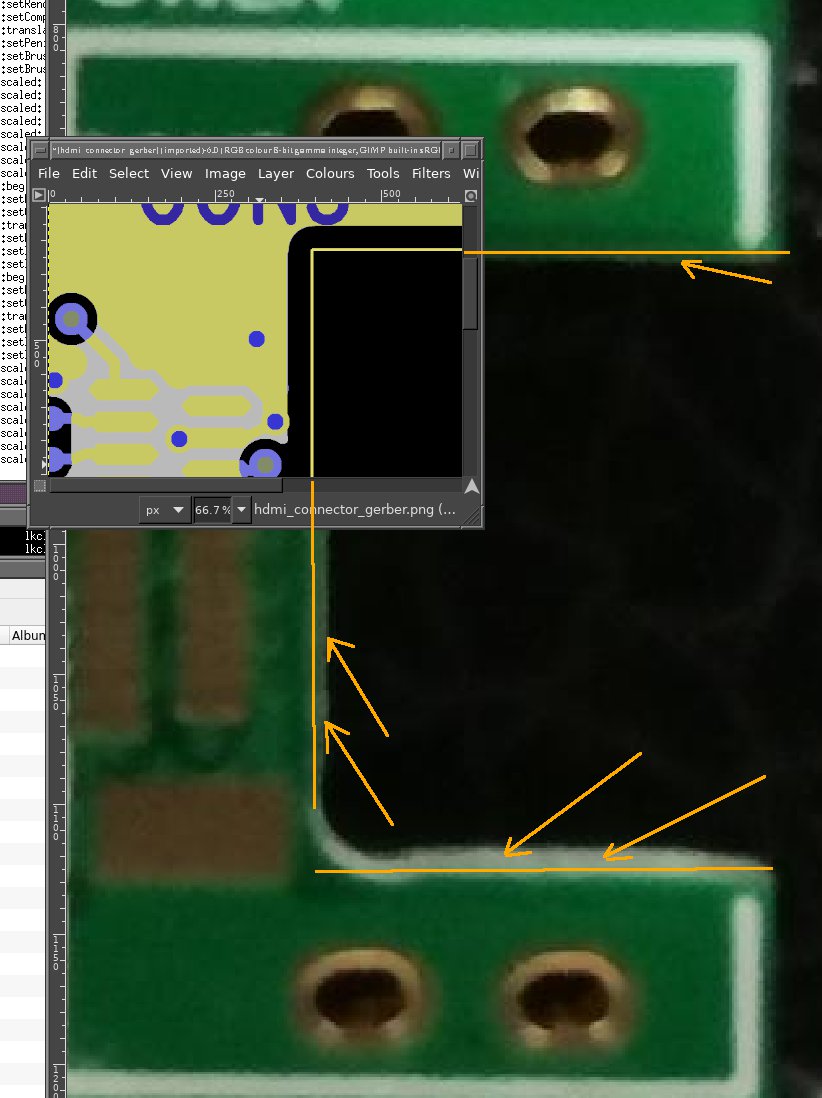 The left and right edges do not matter too much, however where the HDMI connector comes in close, it definitely does. Mike is going to talk to the PCB factory to see if there is anything that they can do in future, however with 1,000 PCBs already manufactured, the safest thing to do is probably to hand-trim that PCB edge, removing the burrs, on all 1,000 PCBs.

Again, to reiterate, because I am still seeing evidence of "complaints" out there, from people who believe this should be easy: these are absolutely ridiculously tiny components and tolerances, and the budget on which it’s being done is equally as frugal. 0.05mm on the edge of a PCB. 0.2 mm wide pins, with 0.2mm clearance between them. A "normal" single-board computer product from any other well-funded corporation would use large (Type A) HDMI, top-mounted, with plenty of tolerances and no need for the PCB edge to be accurately milled.

Again, to reiterate: we do not know what will need to be solved next. Therefore, a production date simply cannot be provided, and that really is the end of the matter. Or, the answer is: the production date is "the production time plus the unknown time to solve unknown and unknowable future issues."

Mike is sending me the 20 "good" PCBs so that I can test them here, to see if they are okay. The staff will continue with the rest by shaving the burrs on the PCB on every single one of the remaining 80 with an xacto-knife, before putting them through the production line. It is looking like I will need to do the testing of all 100 of this preliminary production run, here, at my home, in Taiwan.