We received a batch of updated Giant Boards! As mentioned in a previous update, this version adds a small 2 V regulator – powered by USB or battery input – that keeps the SAMA5D2’s backup domain powered while Giant Board is off. This, in turn, allows the Giant Board’s RTC (real-time clock) to maintain time. We felt it would be disappointing to ship without this feature, so we went ahead and added it. 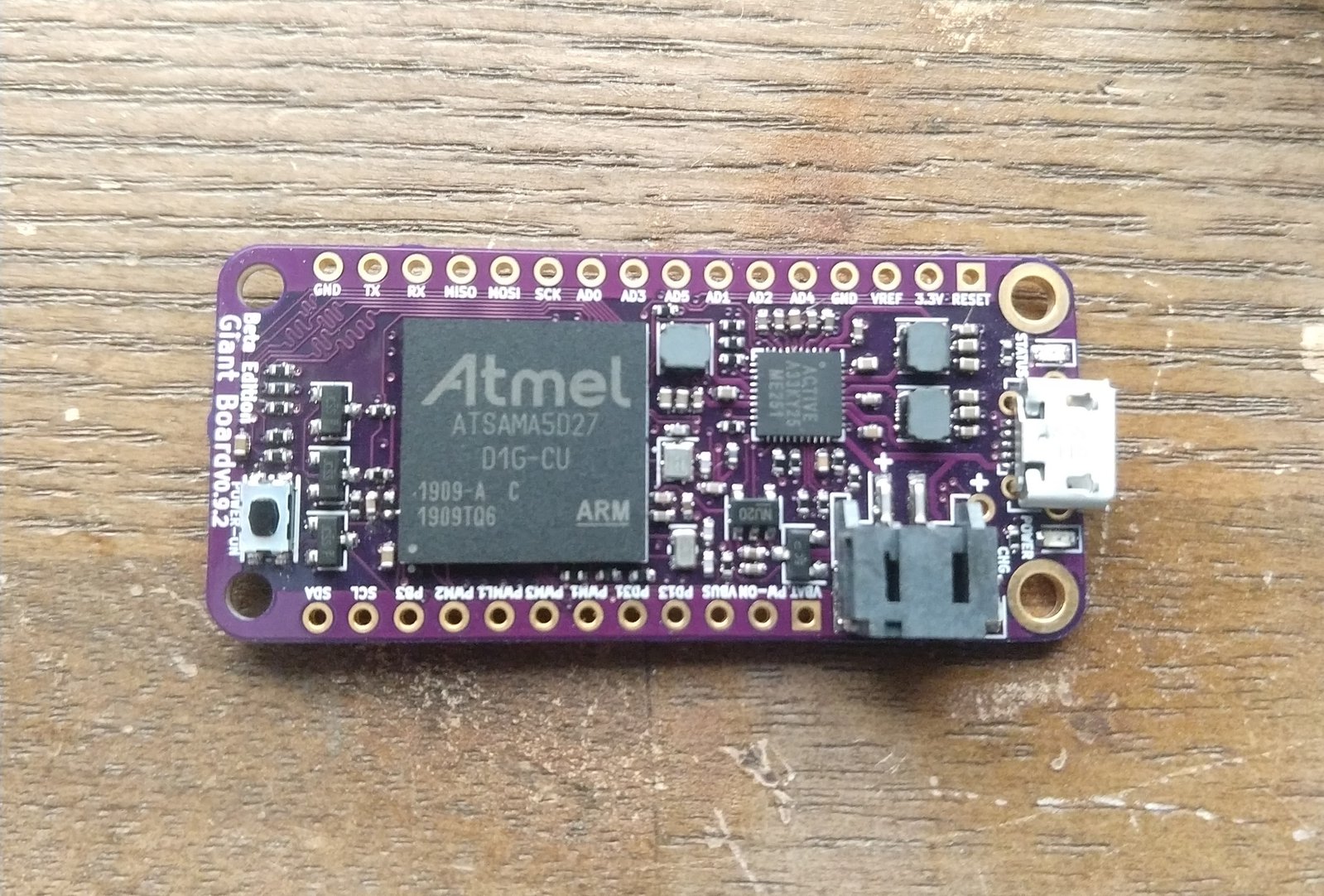 Having different power modes is extremely useful for projects that need to conserve energy, and we wanted to re-test Giant Board’s various modes to see how the new regulator affects some basic power consumption readings. We discuss three of those power modes below: we explain what the mode does, describe how you can activate it, and share basic usage numbers for both USB and battery power.

The first of the three main power modes is the default state in which Giant Board initially runs when you power it up. In this mode you can expect power usage between 66 and 82 mA while idling in the console. While running more intensive tasks, you can expect usage to be around 80-130 mA, depending on the task.

The second power mode is the standard Linux standby mode. When Giant Board enters standby, its Power Management Integrated Circuit (PMIC) sets all the rails to low power mode. You can configure this mode to "wake up" based on the RTC timer or in response to an external push button (which you can assign using a device tree overlay). In standby mode you can expect to see power usage around 44-48 mA.

Example commands for standby mode (the -s value corresponds to time in seconds):

The third power mode is suspend to memory. This mode offers the greatest power savings. While suspended, the processor clock and peripheral clocks are stopped, the RAM is set to self-refresh mode, and power rails are set to low power mode. Again, you can wake it up using the RTC timer or by pressing a button – in this case, Giant Board’s POWER-ON button (which is brought out to a pin so you can add an external power button as well). In this mode you can expect power usage to be around 22-28 mA.

Example commands for suspend to memory mode (the -s value corresponds to time in seconds):

Here is a small table of some rough power readings from a multi-meter. These are just ballpark numbers, tested with a default Linux image that we build and provide.

The power modes described above make Giant Board a great option for power sensitive applications that require a Linux software stack. We can’t wait to see what you create with it! If you have any questions or suggestions related to these power modes, feel free to stop by our community forums. We welcome all feedback. And thanks again, everyone, for a great campaign. We’re looking forward to hitting that goal and we hope you are too!