Array exploration is a nice feature that lets you automatically configure your Hexabitz arrays and easily generate their topology. It is particularly useful for large and complex arrays, where manually generating the topology is usually cumbersome and error-prone. All you need to do is to assemble the array and let it auto-configure itself!

Once you assemble your array and program all modules with native firmware, You can invoke the array exploration algorithm via the Explore() API or explore CLI command. The algorithm finds out the number of connected modules, the topology routing table, and which ports are swapped (since you need to swap TX and RX to connect two UART ports). All of this information is stored either in the emulated EEPROM or on a special Flash page so that you don’t have to explore again every time you reboot the array. Note that the module you’re connected to when invoking the exploration algorithm will be assigned ID #1. Other modules will be assigned sequential IDs based on their relative distance to the master (module #1).

The screenshot below shows a terminal output of explore command. The routing table shows module part number (H09R0) and the connected neighbor module and its port (in the form ID:port) which connects to a particular port P1 to P6 in this module. 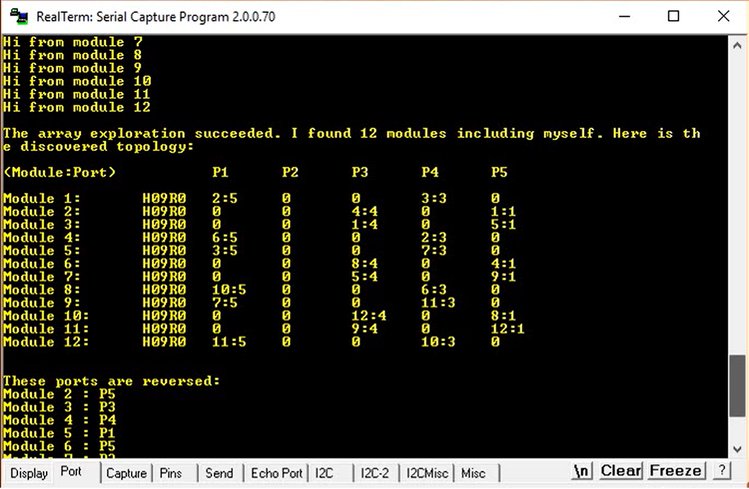 Here’s a detailed step-by-step description of what happens in the exploration algorithm:

The following video shows exploration of different arrays with various shapes and complexities. There are generous delays currently in the algorithm making it a bit lengthy (2 minutes for the sphere) but they can be optimized later. 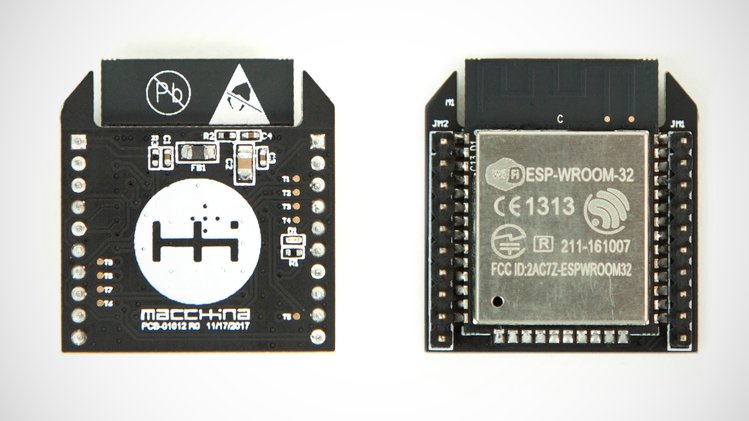