The first book in a series of illustrated novels created by author/illustrator Cameron Scott Davis who set out to create, "The kid's book I wanted to read as a kid."

I’ll keep it short. The book was scheduled for its first press check on Tuesday of this week but that got pushed back due to the printer having some major issues (a long story). Hopefully I will be down to the printer’s again on Monday of next week.. Positive thoughts!

On a brighter side I had a chance to finally sit down and start on the final painting from one of the super supporters who commissioned family members to be immortalized in the pages of Sleepwalker. (This Dragon and its passengers appears twice in volume 0.) Here is the final sketch which I have since transferred onto watercolor paper (drew it again) and I will be adding paint to it tonight. I will keep record of the progress for those interested! 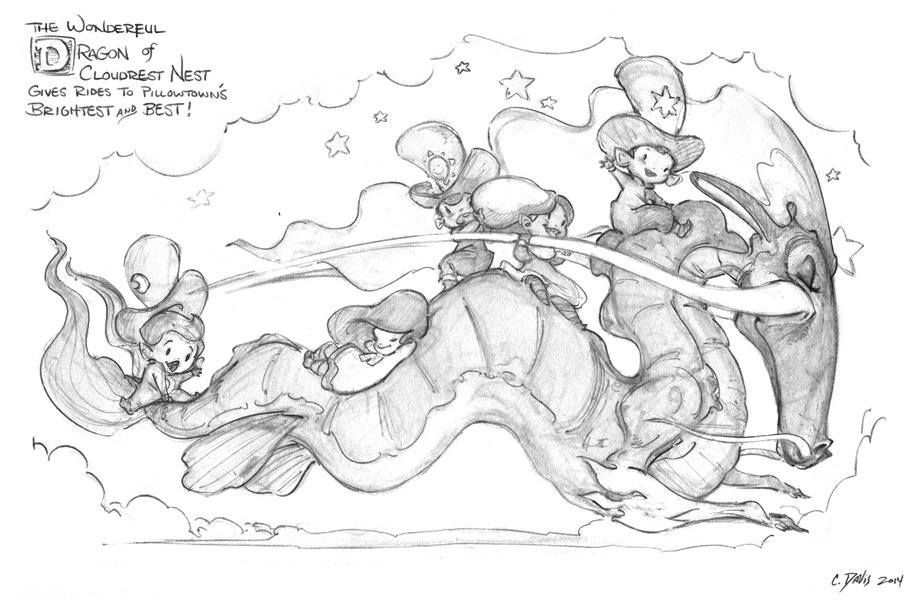 Very eager to see some pages coming off the press in the next week.

Ps. Happy 47th wedding anniversary to my parents this week!