This past month, IQ Motion Control teamed up with BFD to test IQ’s alpha prototype of the Vertiq 6806! BFD is a UAV hardware development company that builds aircrafts that can be customized to a business’s unique needs. They were created to bridge the gap between expensive heavy lift systems and common light duty multirotors. Their expertise with large UAVs and their interest in the unique features this product offers made them a perfect test partner.

The Vertiq 6806 was tested on one of BFD’s heavy lift drones without any expensive payload on board. All the pre-flight test procedures went smoothly, however when we performed the hover tests we found that the thermal limiter was kicking in very early on the first few flights. After realizing this we adjusted the Thermal Model and tuned the PIDs, (see below for more details about this). Afterward, we did longer hover tests and pushed the motors harder. While the motors performed better after tuning, the thermal limiter was still kicking in, especially after sudden movements that required the motors to reach high RPMs. At this point, we decided to disassemble the drone and start looking over the data to see why the motors were overheating. 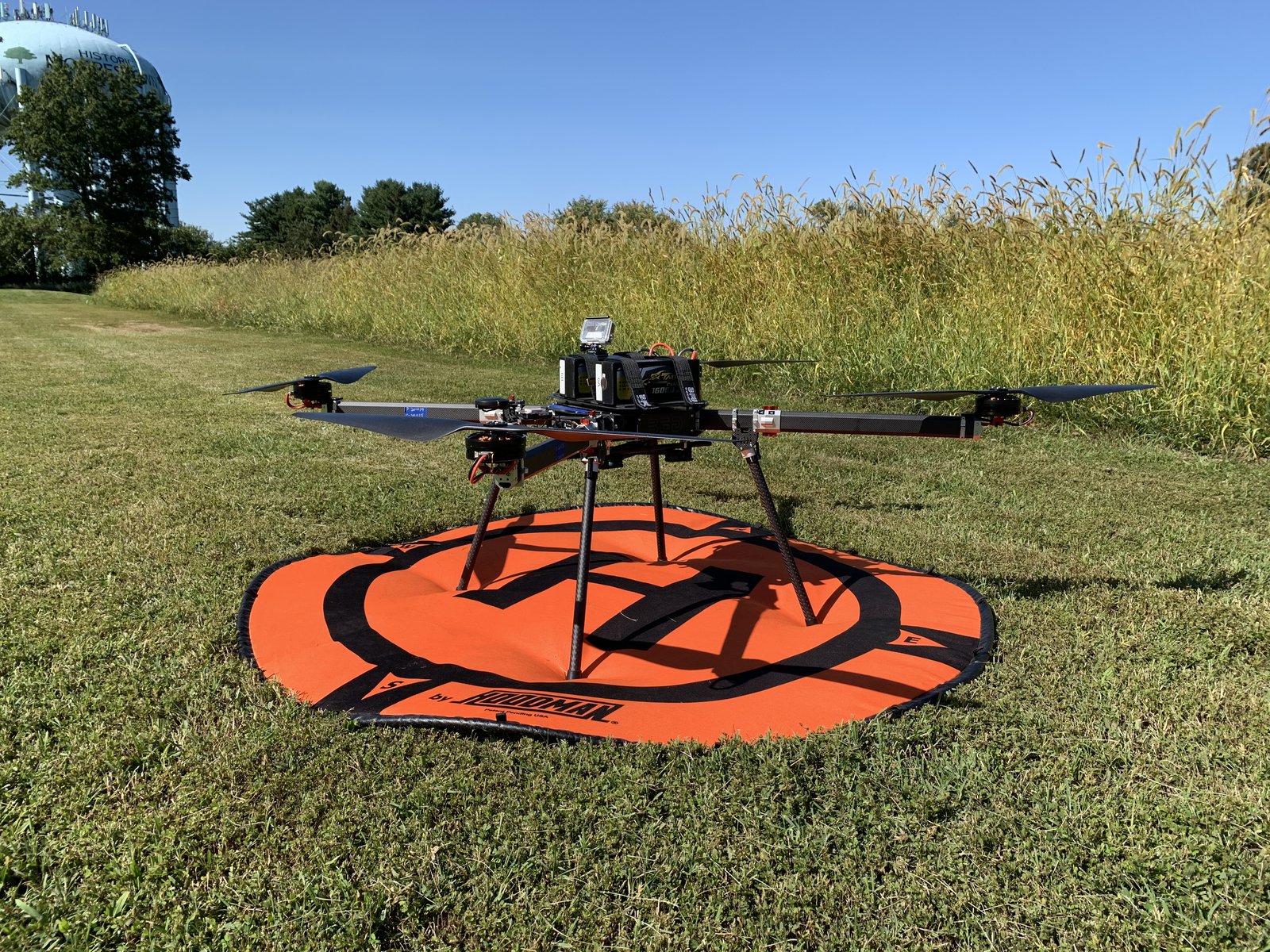 Prior to visiting BFD, we bench-tested the IQ Vertiq 6806 against a T-Motor U8 with an Alpha 60A 12S FOC ESC with a 26-inch propeller. The IQ Vertiq 6806 modules are between 6% and 11% more efficient in low-to-mid RPM ranges. This efficiency gain should remain constant across all RPMs, but these tests showed that our efficiency advantage vanished around 2500 RPM. We knew this needed to be addressed for the production version, but at the time, we were gearing up for the flight tests and didn’t have time to thoroughly debug the issue. 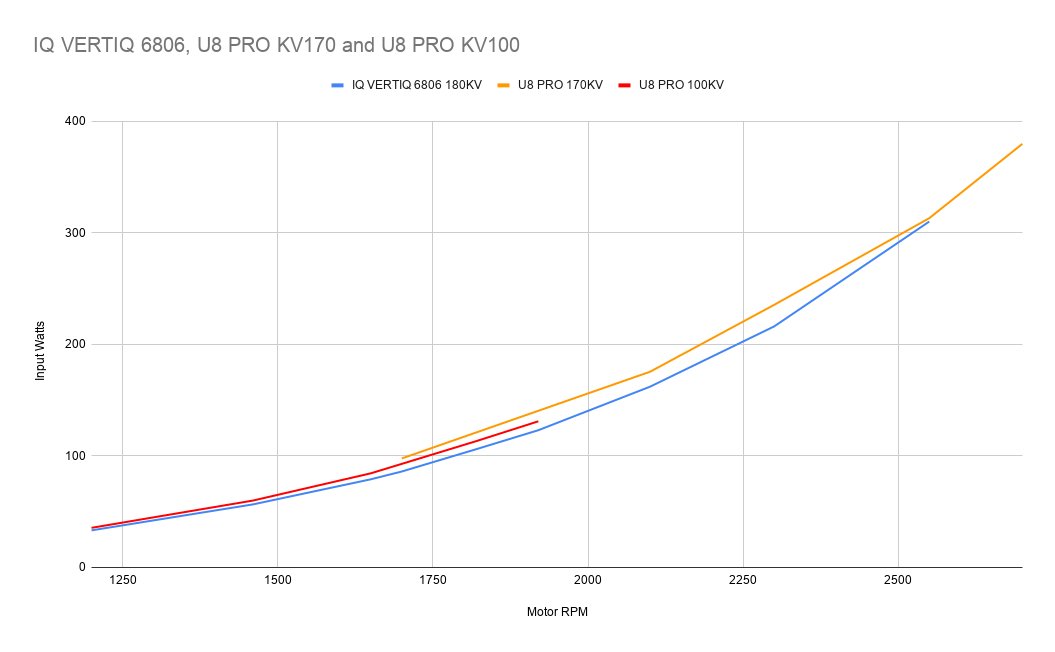 As expected, the same issue we saw on the early efficiency tests manifested itself in flight. It turns out that the motor iron was saturating once it reached a certain torque. Iron saturation occurs when the magnetic field generated by the coils is too large to be conducted through the stator iron. In this situation, the torque curve flattens out where you need a significant amount of additional current to get a small increase of torque. This extra current then causes extra heat, which leads the thermal limiters to kick in.

Fortunately, this is a hardware issue that can be fixed with a slight redesign of the stator. We ran our controller on a U8 motor and it performed as expected: high efficiency at all RPM ranges (no iron saturation). So, we understand the design changes we need to make and are confident that our pre-production versions will meet our (and our backers’) performance requirements. Ideally, we’ll get the next iteration of the modules in December and test the next version with BFD too!

Thermal Model - The motor coils will be the first to fail if the motor overheats. In order to prevent the coils from overheating, the motors need to be derated when the coils are getting too hot. In other words, when the motor gets too hot, we make sure the controller reduces the amount of current/voltage going into the motor. Generally, this causes the motor to slow down. IQ uses temperature sensors on its controller to measure the PCB temperature. We then map out the coil temperature, as it relates to the PCB temperature. So, when the PCB reaches a certain temp, we know the coils are also at a certain temp.

PIDs - After adjusting the thermal model, the PID (Proportional, Integral, Derivative) gets tuned to read the data from the sensors and calculate how fast the motors should spin in order to retain the desired rotation speed of the aircraft.