We’ve had numerous requests for campaign statistics, so here they are!

We also have a lot of beer to drink - 366 to be exact, or about three kegs. Jon Nettleton’s cup also runneth over, with 240 beers (40 six-packs) coming his way. We’ll be raising a toast to all our backers for quite some time to come.

Check out the graph below to see how funding came in over the course of the campaign. It bears a striking resemblance to a diode’s I-V characteristic curve. 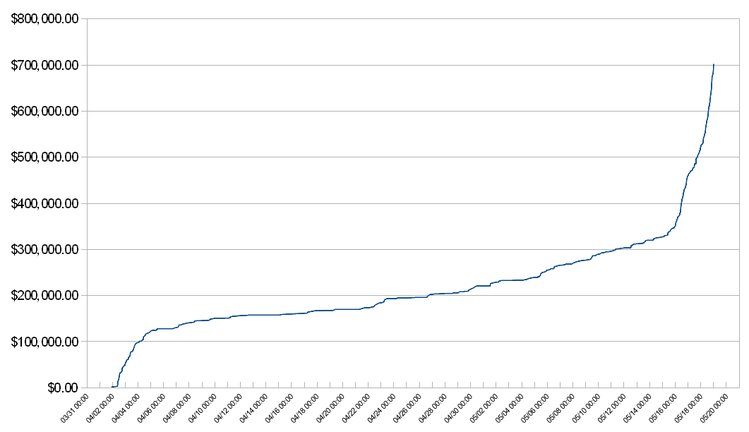 Also, please note that we’ve migrated from our klunky old Wordpress forum to a PunBB forum. Please take the time to register and participate in the discussion. We hope this new forum will better serve the community.

Thanks again for an amazing campaign. We’re now buckling down and getting into the hard work of fulfilling your pledges.