Our sincerest apologies for the tardiness of our update!

Between some recent sickness(es), civic duty summons, technical/logistical challenges, and all the fun ‘day-to-day’ stuff involved with nurturing a new product and business along, it seems like it’s just been one thing after another…

But enough of all that. We have some exciting news:

The first batch of Rev. 2 snickerdoodles has arrived!! 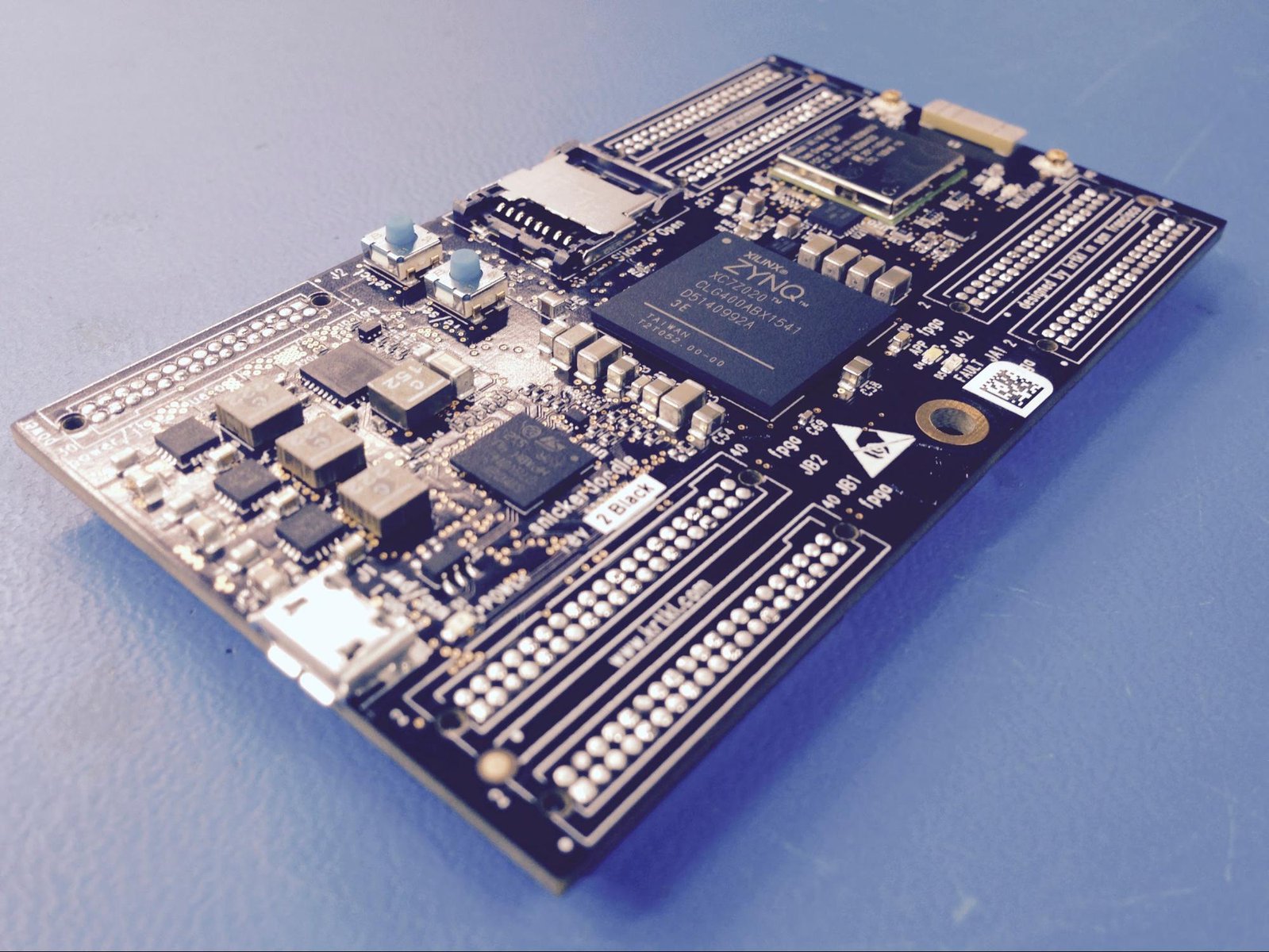 Showing up (just a tad) fashionably late, the ten first articles arrived early Friday morning and we’ve been giddily scrambling to get them brought up ever since. It’s (necessarily) slow going, starting with carefully testing each power supply and subsystem to make sure nothing gets fried.

Scroll down for some glamor shots of the new boards (warning: we are not professional photographers…). 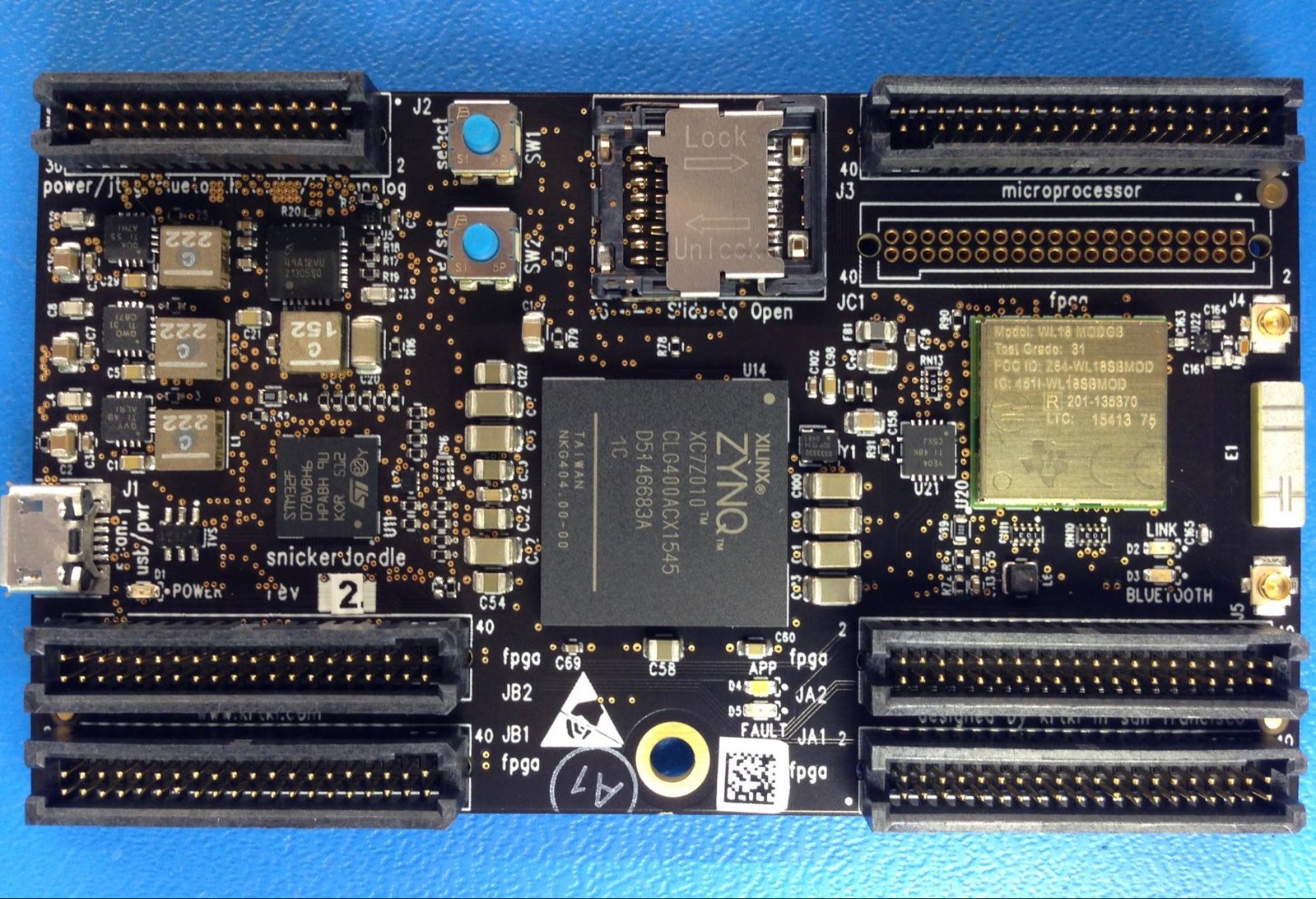 snickerdoodle (connectors up), side profile 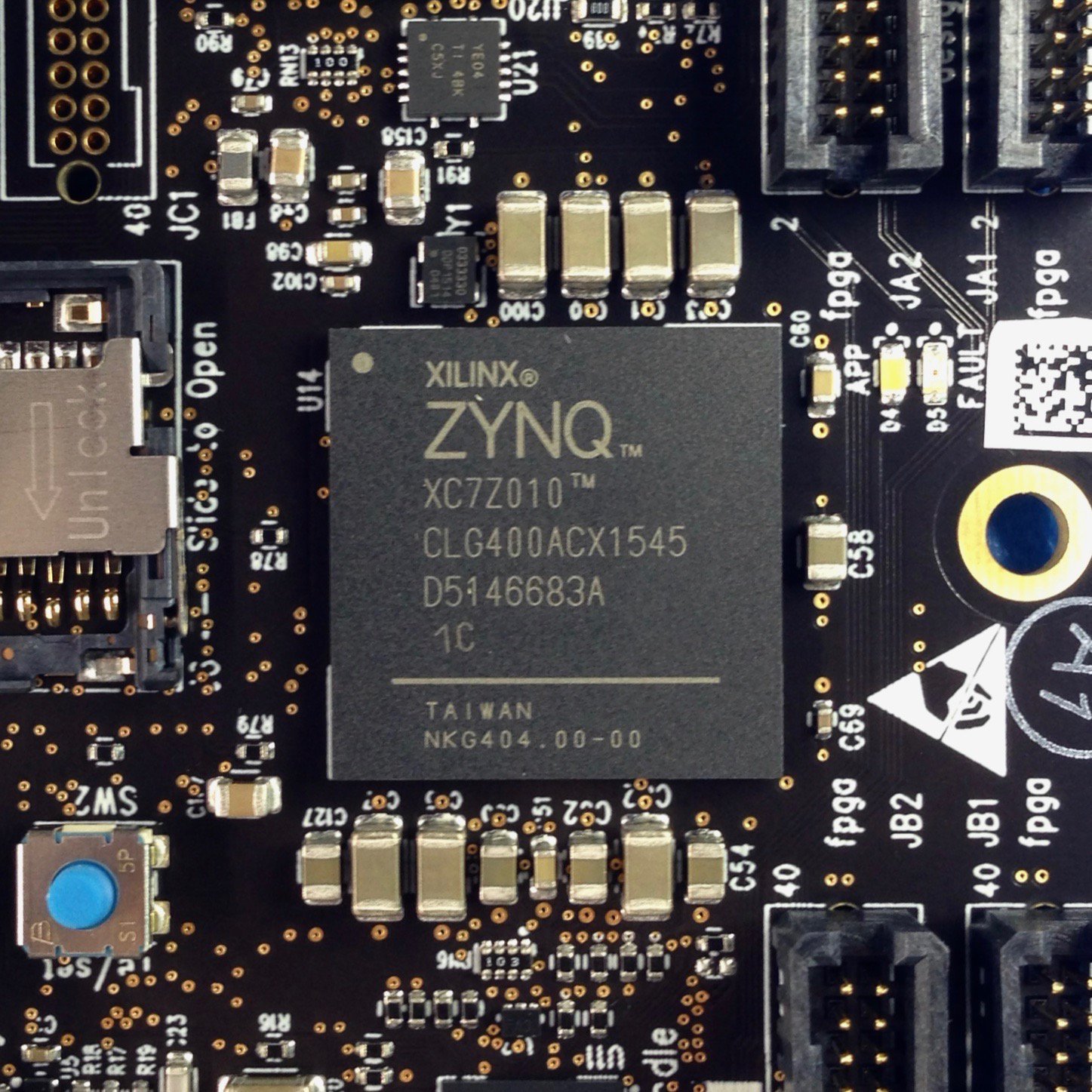 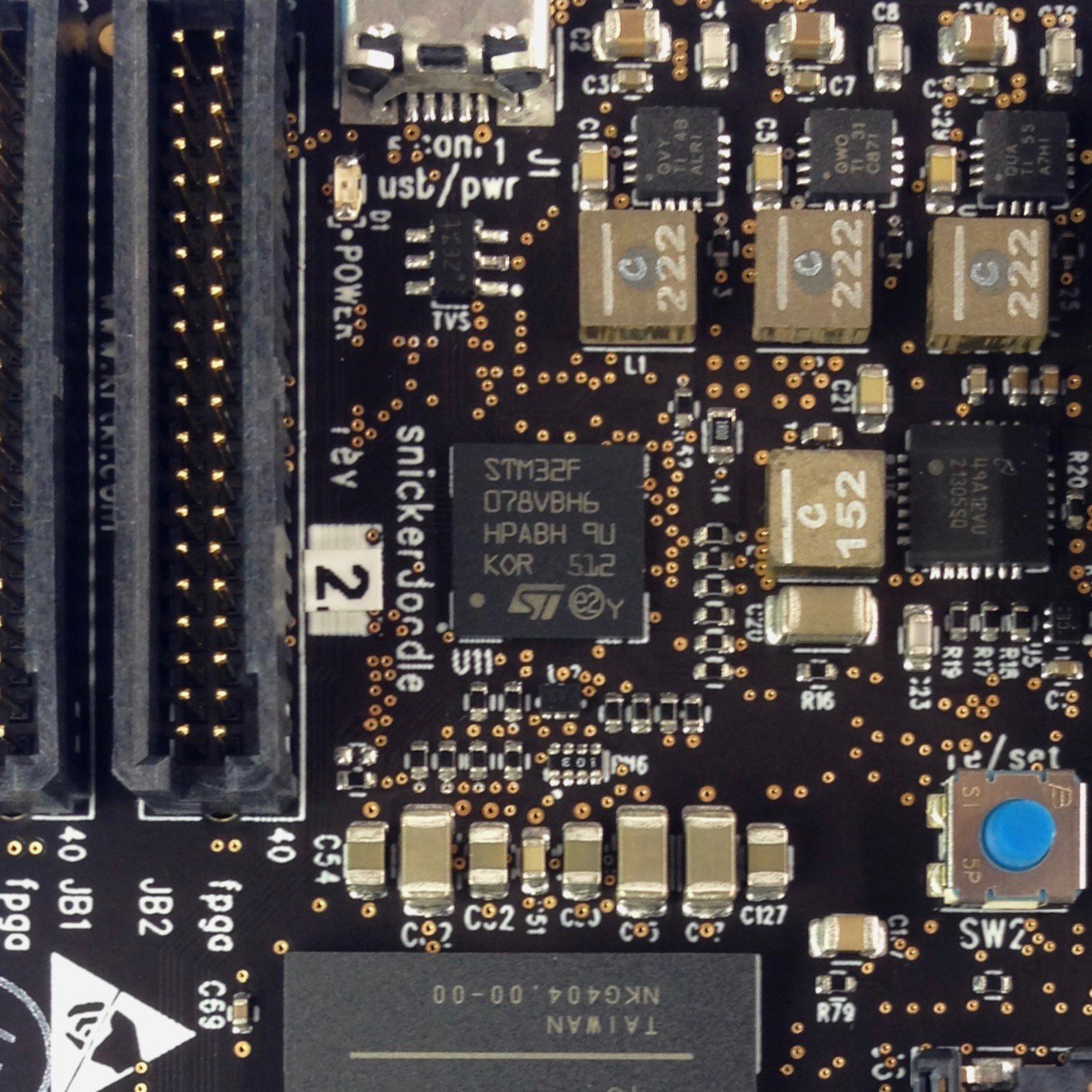 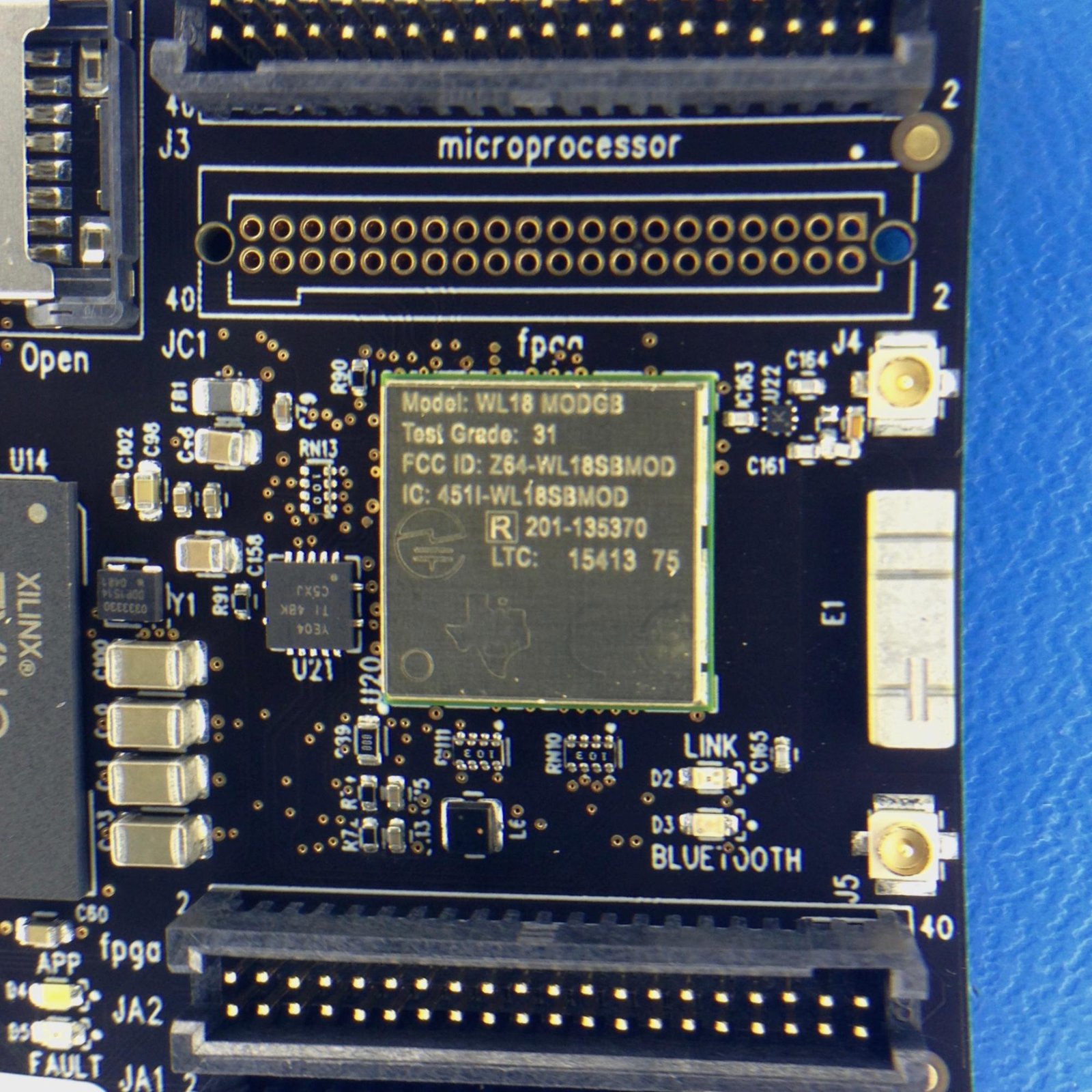 *Note: only one u.FL jack will be loaded for the single-band radio in production as that part only has one external antenna interface 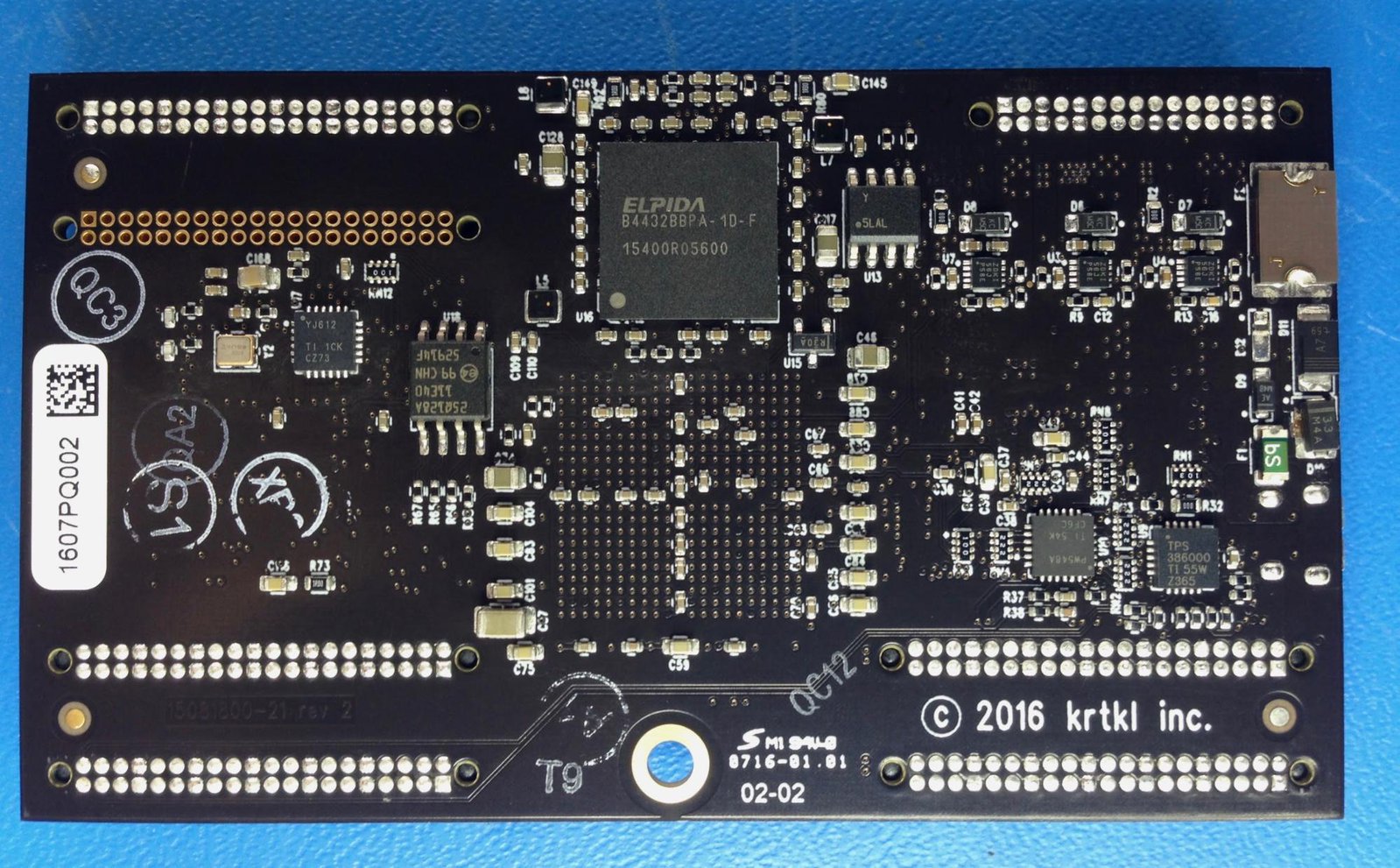 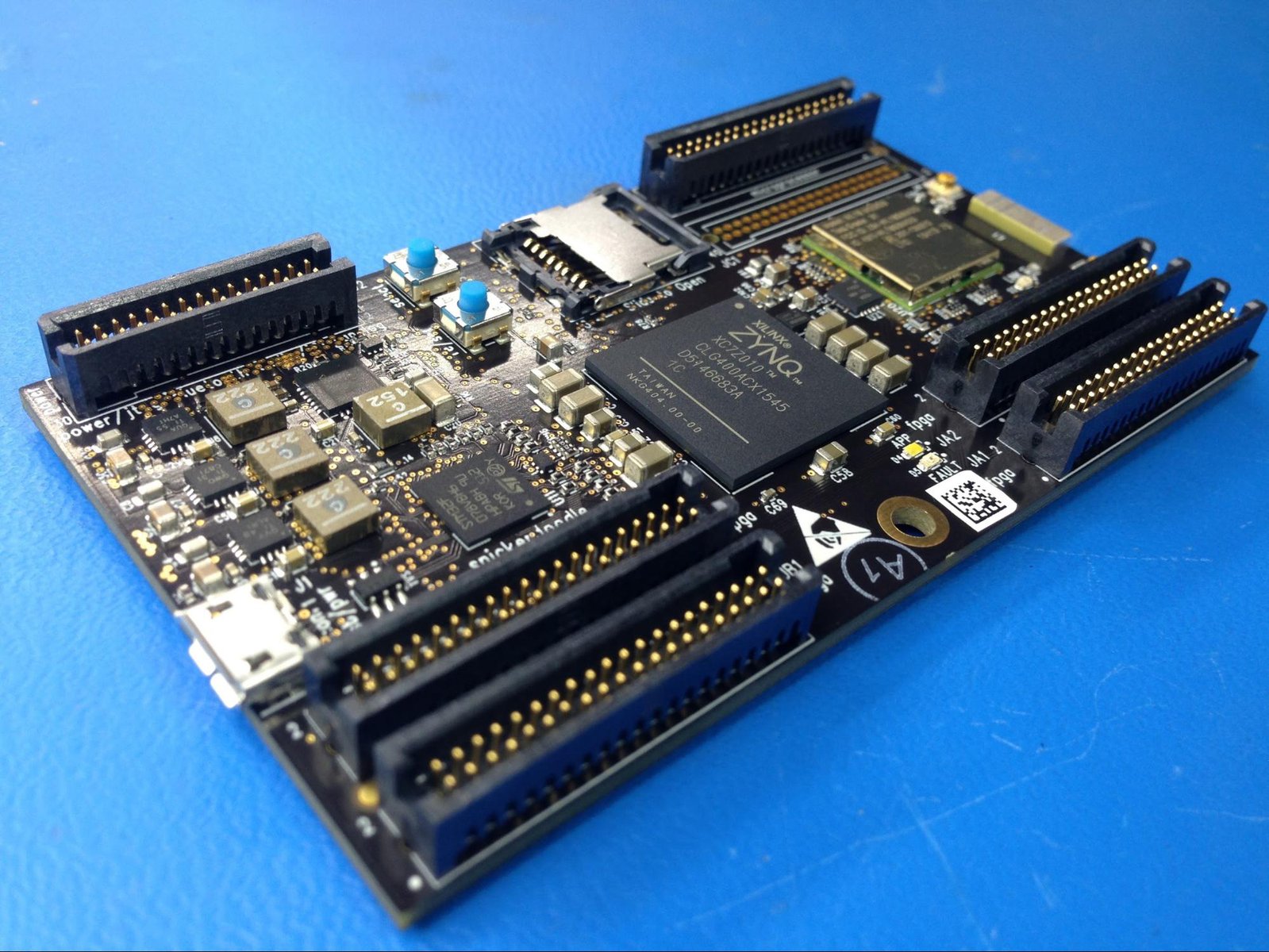 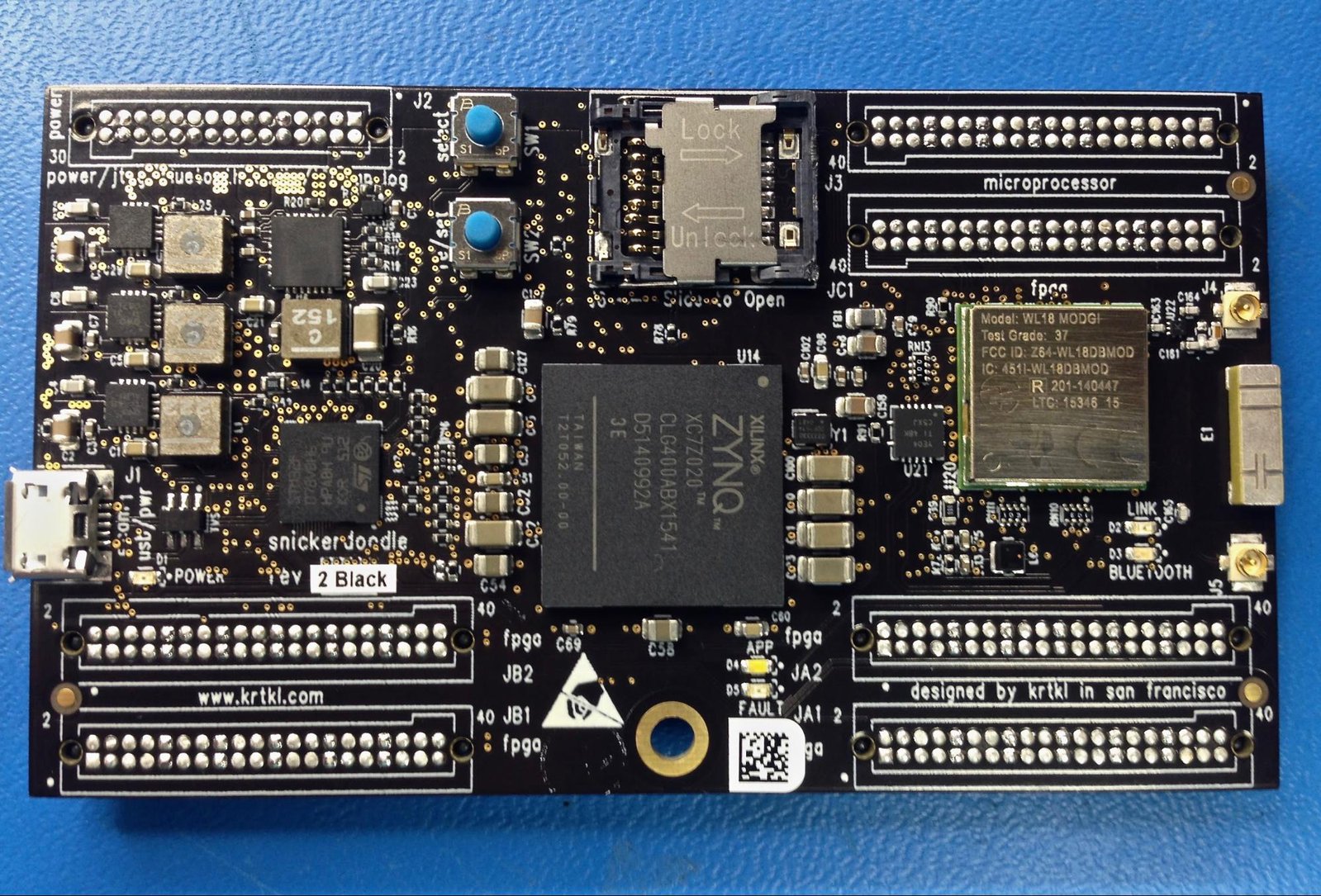 snickerdoodle black (connectors down), side profile 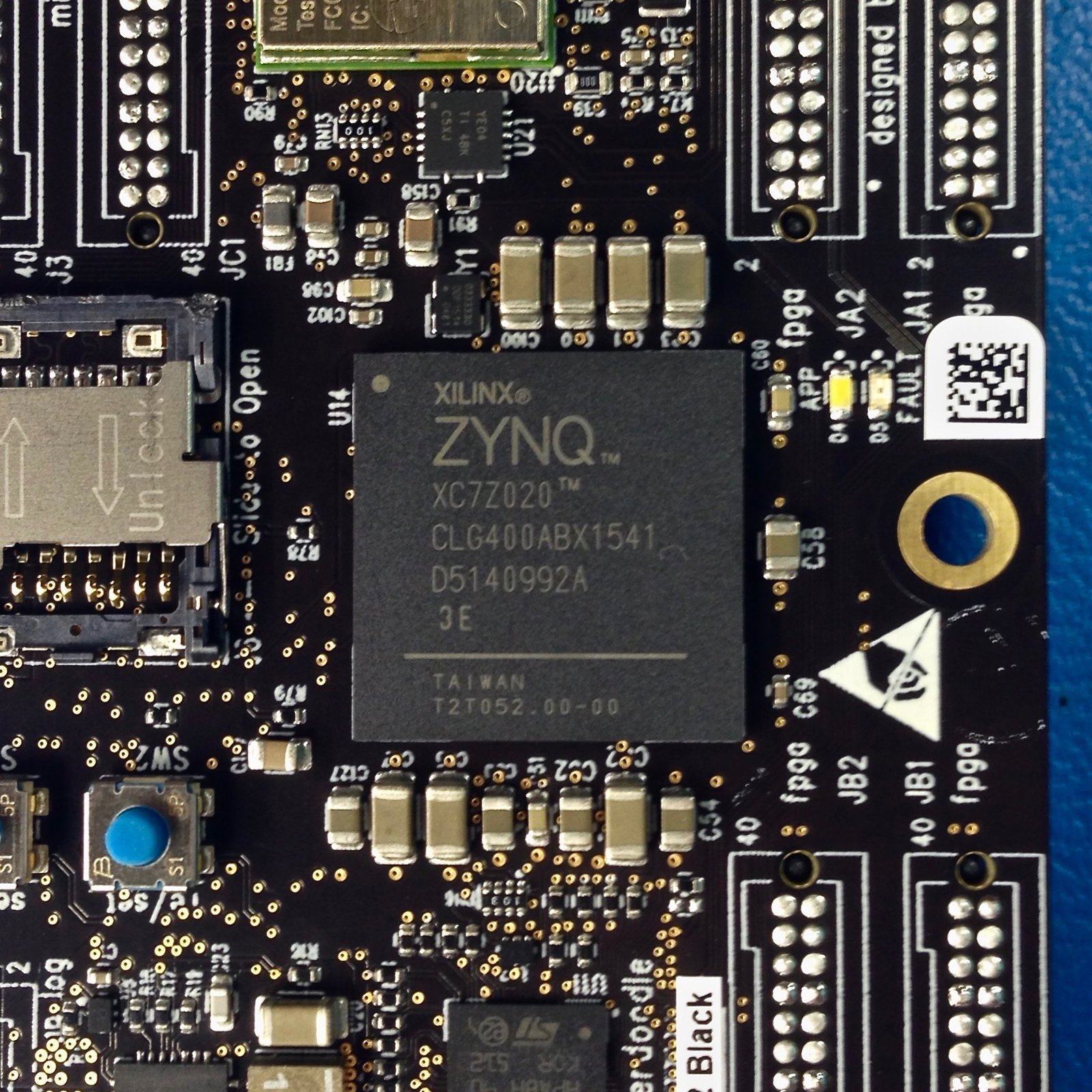 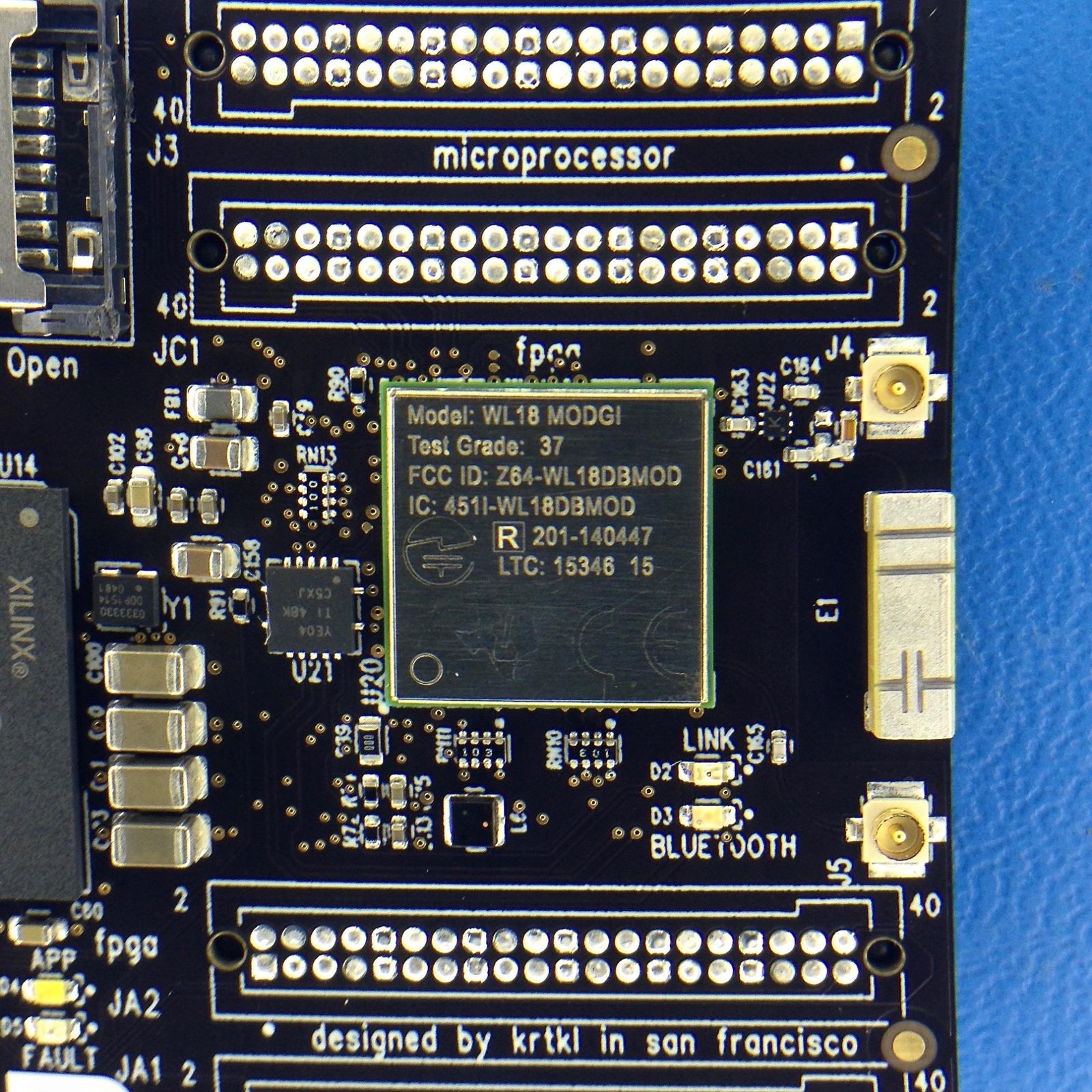 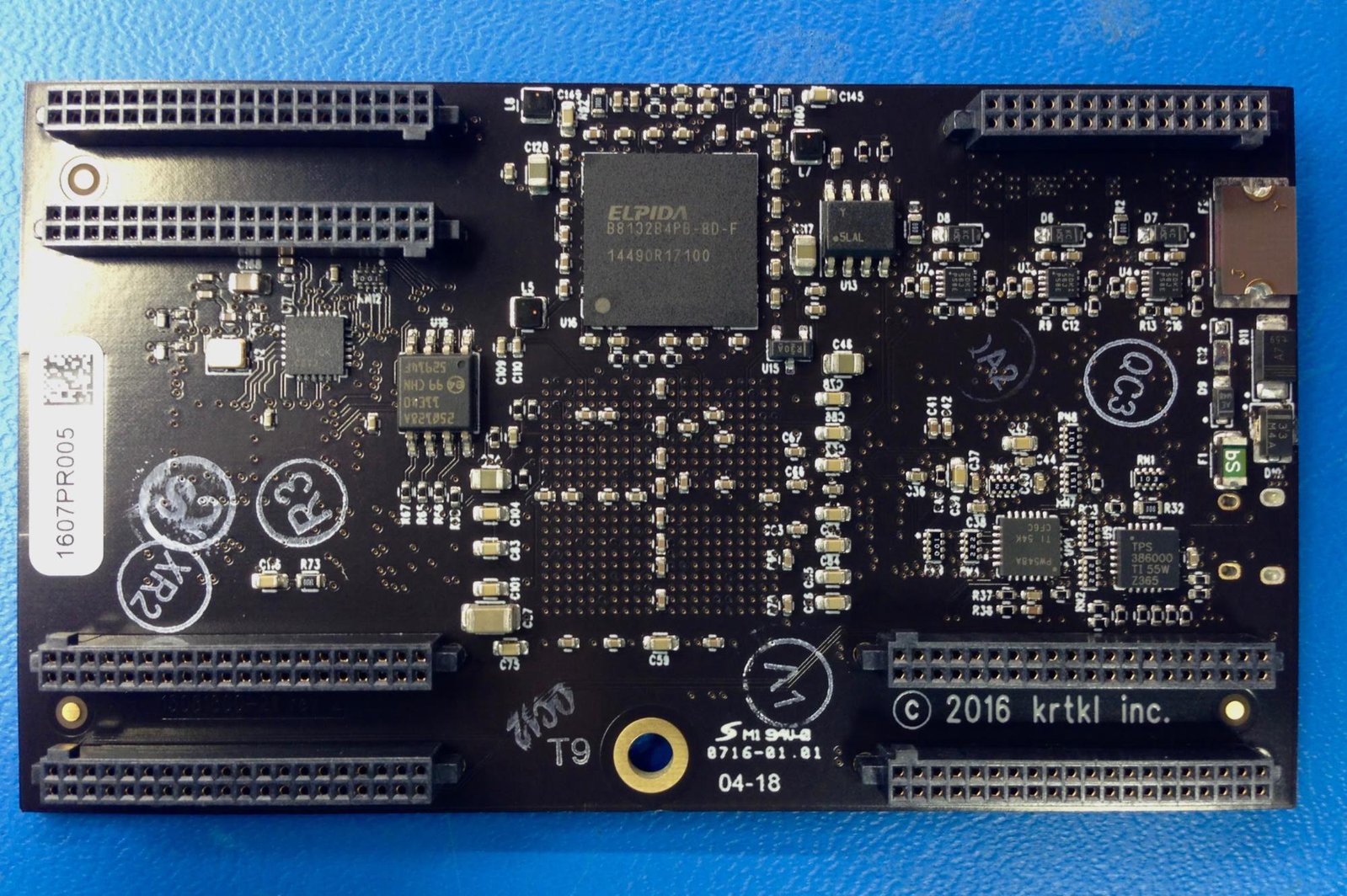 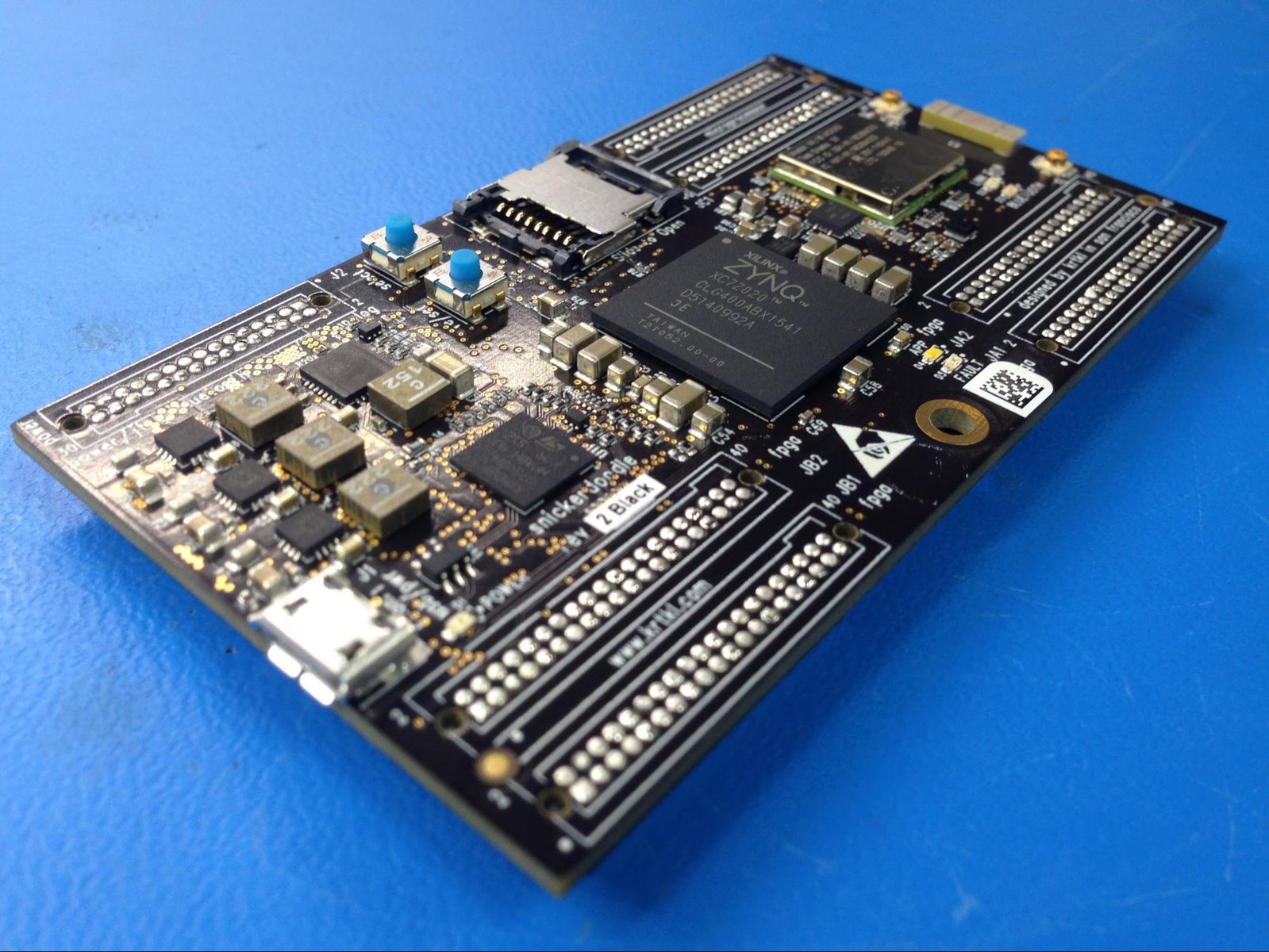 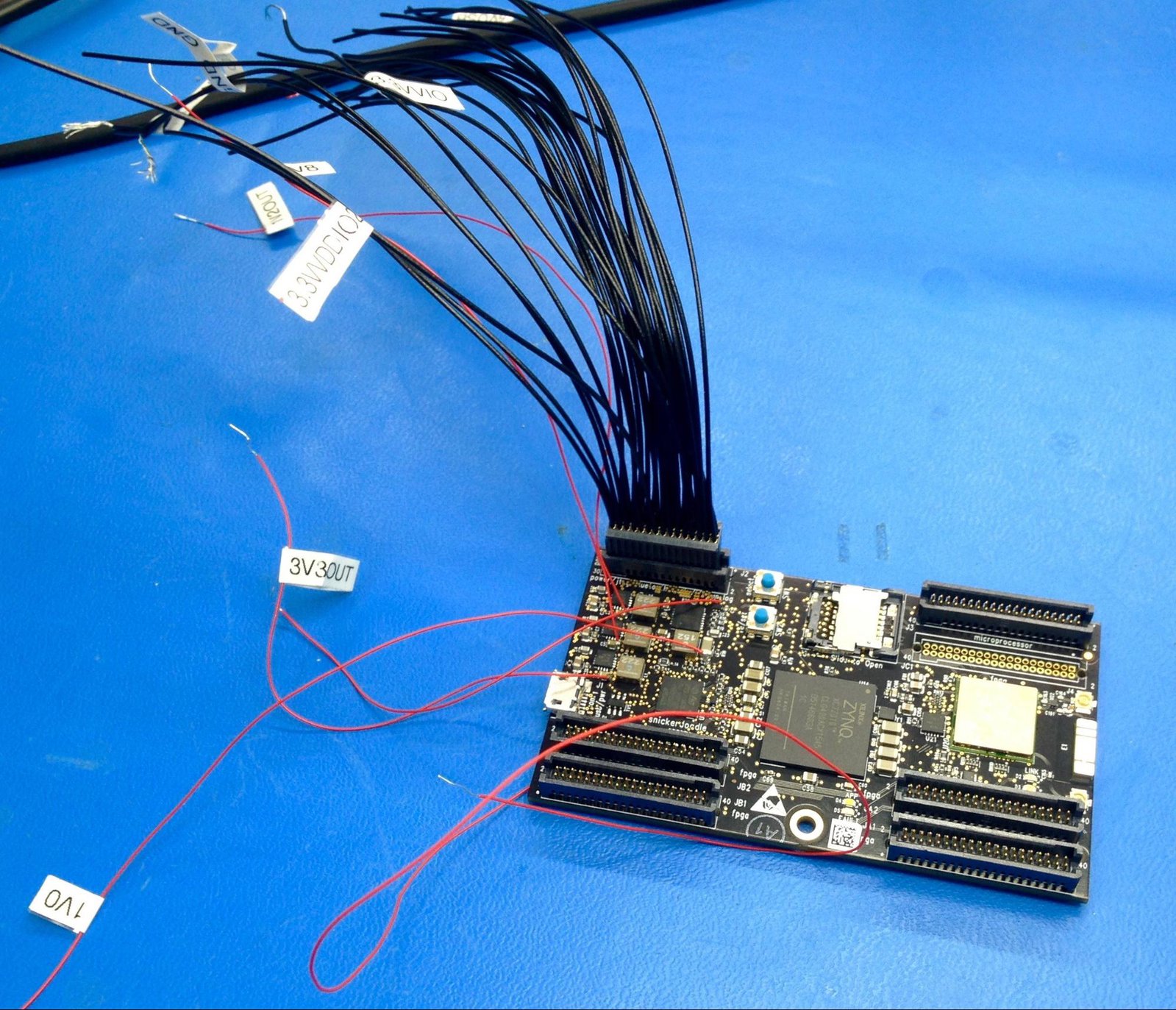 snickerdoodle on the operating table

Not too bad, eh? The solder mask is a tad off because our fab house didn’t have matte black on hand (the ‘satin’ is noticeably glossier) but we’ll make that adjustment on the next run.

You might notice the little sticker on the front indicating these are “Rev. 2” boards. So what’s new with Rev. 2?

Here’s a list of some subtle, but important, changes and improvements made through the course of snickerdoodle’s ongoing development:

**You’ll notice that the radio used on the Alpha units looks different from the radio shown in the campaign images/video. While the per-unit cost of the other radio was substantially less, it was also going to increase delivery time, development risk, and RF certification costs and we didn’t want to take a chance on one component that could impact our ability to ship snickerdoodles to you, our backers.

Now what you’re probably most interested in: do they work or not?

As of Monday, things were moving along smoothly until…we noticed one of the power supplies that was supposed to be outputting 1.2V was outputting 3.3V. The simple explanation is: that’s not good. The technical explanation is: the buck converter IC for this rail has a variable output and requires feedback to output the desired voltage (this is in contrast to the 1.8V supply, which uses a fixed output IC and grounds the feedback pin). The 1.2V feedback pin was grounded. Grounded (in this case) = bad. It’s a very nuanced difference with a not-so-nuanced result (powering up this rail almost certainly toasted the FPGA and LPDDR on this particular board).

The good news is, this is totally fixable and should only set us back a couple days. In fact, by the time you read this, the fix has has almost certainly been completed. The not-so-good news is, this issue (along with a couple other minor issues discovered along the way) is going to require us to run new fabs. That’s not the end of the world, but it’ll probably cost us another week or so (and a decent chunk of change). Certainly not what we wanted but you gotta roll with the punches…

All in all, things are on the up and up! And once we get the boards back (later today) it’s full speed ahead with the bringup. We’ll keep everyone updated on how things are progressing.

Oh and we almost forgot to mention: we are planning on starting a run of breakyBreakys and (wait for it…) piSmashers in the next few days! Some very exciting times lie ahead and we can almost make out a faint glimmer of light at the end of the tunnel…

We hope this has helped. And as always, thank you so much for your patience, support, and ongoing encouragement - we couldn’t do it without you!