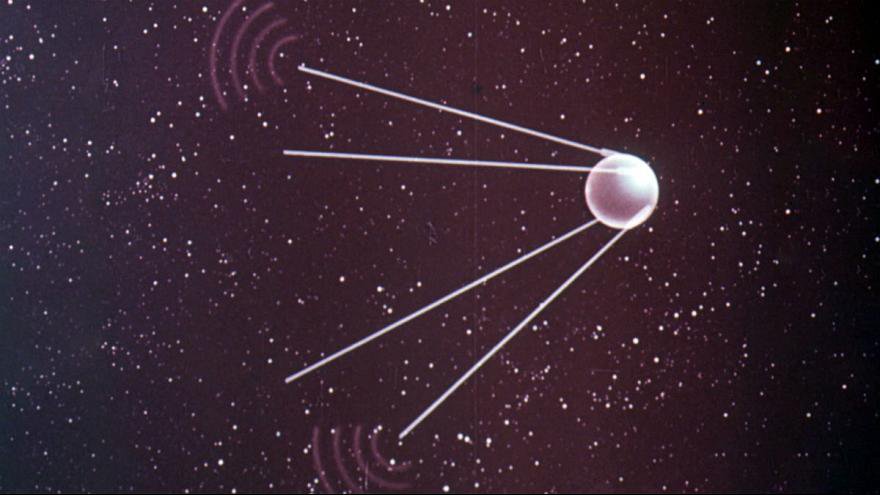 The future is here!

My project uses a LimeSDR Mini as the basis for a ground-station for the amateur radio transponders on the geostationary satellite “Es’hail 2” (known as “QO-100” by the amateur radio community). This satellite includes two linear (also called “bent-pipe”) transponders, one of which is 250 kHz wide and is intended for narrowband modes, such as single-sideband analogue voice, text-based digital modes, and telegraphy. The other is 8 MHz wide and is intended for DVB-S2 and other wideband digital modulations and experiments. The satellite covers one third of the world’s surface (from Brazil to Thailand) and represents the first ever amateur radio payload in geostationary orbit. It also provides an incredible platform for experimenting with different communication schemes.

The downlink of the satellite is on the 10 GHz band, so an inexpensive satellite TV LNB can be used to receive and down-convert the signal to an intermediate frequency of around 700 MHz, where it can be easily processed by SDR or conventional radio receivers. The uplink to the satellite is on the 2.4 GHz band. Many people are using an upconverter to translate a signal from around 430 MHz to 2.4 GHz. However, using a LimeSDR it’s possible to generate the 2.4 GHz signal directly.

My design is enclosed in a weathertight box, so it can be mounted outdoors next to the transmit antenna. This is important, as it limits losses in the coaxial cable feeding the antenna. Losses at 2.4 GHz can be quite high, so it is desirable to keep coaxial cable runs as short as possible. 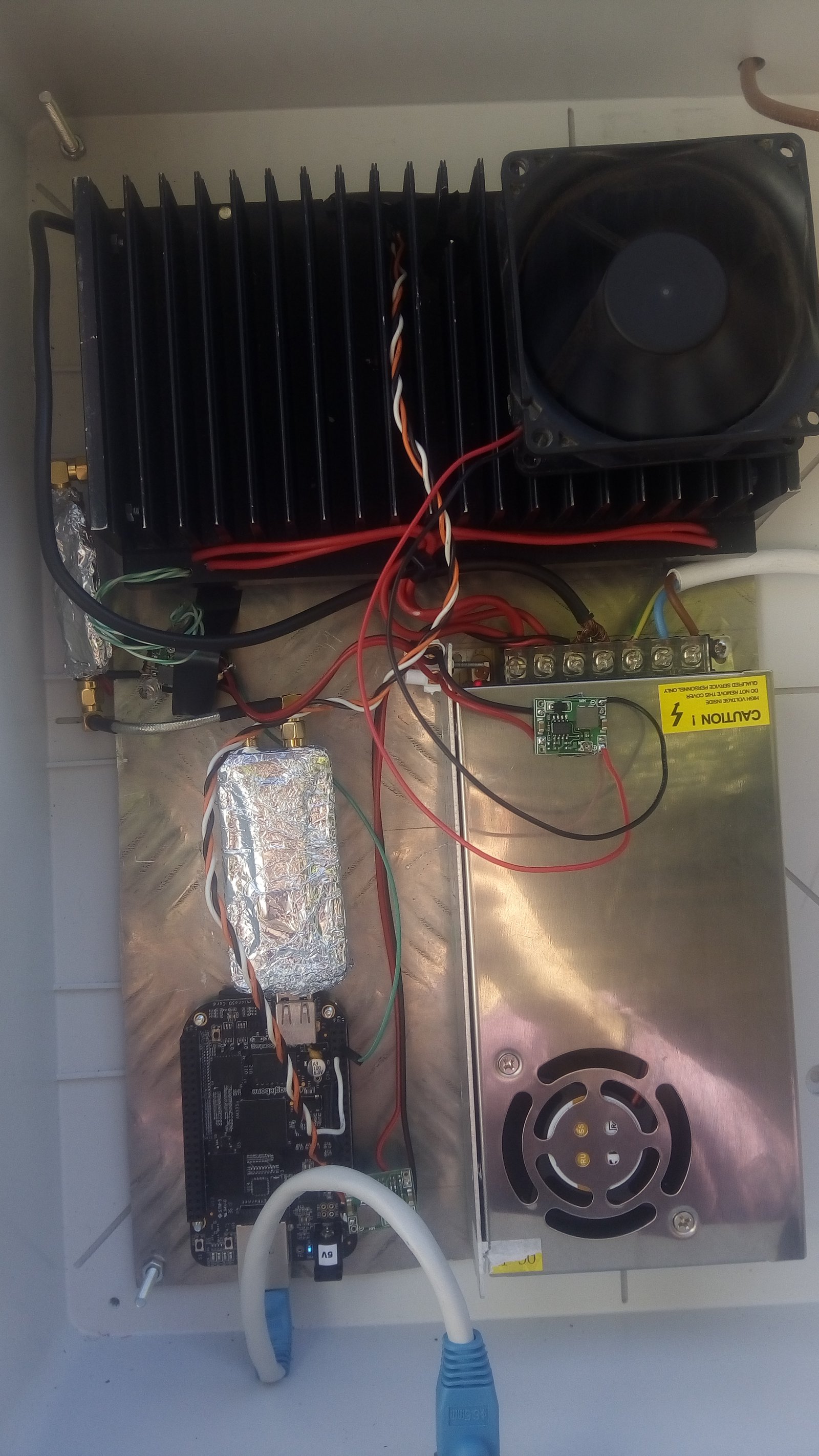 Using a narrowband signal through the satellite transponder does not require much power. In fact, many people are using an inexpensive WiFi amplifier module to obtain around two watts of power. However, the DVB-S2 requires much more power, especially if using a symbol rate of a few Msps to transmit high-definition video. Therefore, my weathertight box includes a 100 W amplifier, which is a repurposed amplifier for UMTS on 2.1GHz.

The LimeSDR Mini does not provide enough power to drive this 100 W amplifier. So I used a Mini-Circuits GALI-84 MMIC to boost the output of the LimeSDR from around 0 dBm to 20 dBm, which can comfortably drive the 100 W amplifier. The GALI-84 driver amplifier was built using a kit from MiniKits.

Currently, this weathertight box is only used for the uplink. For the downlink, the IF signal from the LNB goes into my home through an inexpensive 75 ohm coaxial cable to a LimeSDR which is connected to my laptop via USB3. I plan to also route the IF signal from the LNB to the LimeSDR Mini inside the weathertight box, so as to allow any computer connected to my LAN by Ethernet to control both the uplink and downlink of the ground-station. 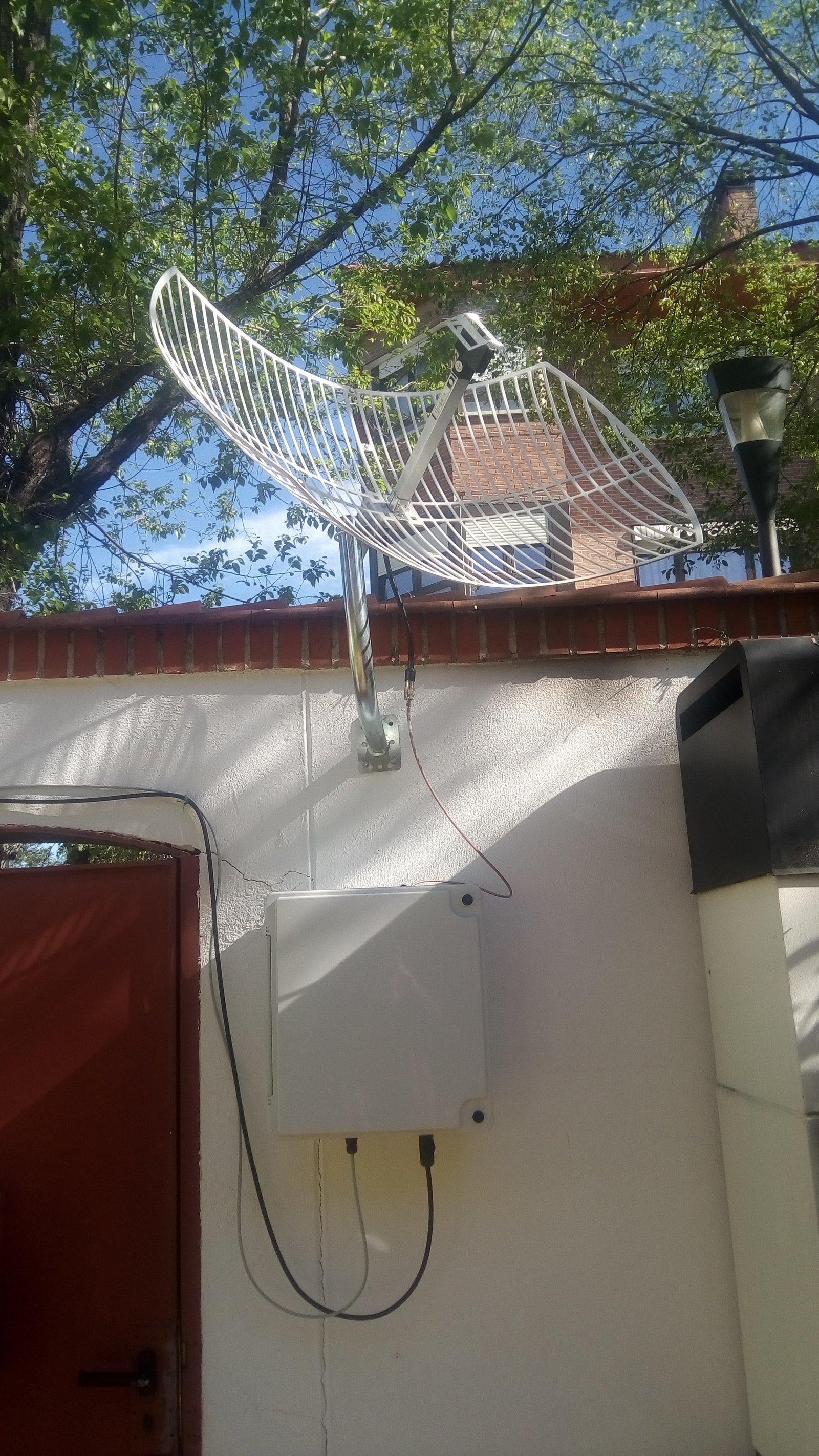 Another planned modification to the setup is feeding a reference signal (for example, 10 MHz) into the weathertight box to be used as a frequency reference for the LimeSDR Mini. For narrowband signals at 2.4 GHz, the frequency stability of the transmitter is quite important, and while the TCXO on the LimeSDR Mini is adequate for many applications, using the 10 MHz reference from a GPSDO in my home would give the best performance and also allow very accurate frequency measurement experiments.

This platform is very powerful and flexible, allowing all kinds of experiments. It is intended to be used through a computer on a home LAN, so that the Beaglebone Black only plays the role of bridging IQ samples between Ethernet and USB. However, it is also possible to deploy some simple standalone SDR applications on the Beaglebone Black, so that the ground-station can work automatically on its own.

Therefore, there is still a lot of experimentation to be done regarding the software setup. Currently, on the Beaglebone Black, I’m using limetool, by Evariste “ F5OEO” Courjaud, to send IQ samples to the LimeSDR Mini. These IQ samples are generated in GNU Radio on my laptop and streamed through TCP. I have also used simple Python scripts with SoapySDR to generate test modulations.

Besides single-sideband analogue voice and DVB-S2, which represent most of the current usage of the Es’hail 2 transponders, this equipment can also be used to perform very interesting future experiments. Some of these include transmitting very low power signals buried below the noise using spread-spectrum modulation, testing optimized data modems by trying different modulations and FEC algorithms, performing ranging of the satellite by transmitting a PRN modulation through the transponder, doing two-way frequency and time transfer, implementing a TCP/IP connection by using GSE with DVB-S2, etc.

Regarding the rest of the ground-station, I am currently using a 24 dBi WiFi grid parabola for the uplink, but the plan is to replace it with a 1.2 m offset dish with a custom built circular polarization feed for 2.4 GHz. For the downlink, I am using a 1.2 m offset dish and an inexpensive commercial Ku-band LNB modified to use an external 27 MHz reference.

The design motivation for this platform was to have something that would be very flexible to allow many different SDR experiments, and that could be controllable over Ethernet from anywhere in the house. I think this solution satisfies these goals quite well. Some of the difficulties I am facing are related to the spurious emissions of the LimeSDR. Local oscillator leakage and IQ imbalance images can be quite noticeable when its output is amplified to 100W. With some cleverness, things can be arranged so that these spurious signals do not cause interference to other users, or in some situations they could be filtered out.