As the campaign draws to an exciting close (less than 48 hours left!), I wanted to share with you some pictures of something we’ve been doing in the last few weeks: putting together eight beta versions of MNT Reform. We shipped the first one last week to Stefan Kalkowski of Genode Labs, who took some pretty unboxing pictures (spoiler alert!). We are currently working on finishing the other seven. While doing this, we’re taking notes about what to optimize for the version we’re going to ship to you, the backers, and we’ll also incorporate early feedback from the testers.

For the beta devices, we assemble all of the PCBs ourselves - manually. For the production run, PCBWay will do that job for us, because it’s too much for our small team to handle. But for the beta devices, Greta is playing the role of pick and place robot and has her own system of preparing the components for it: 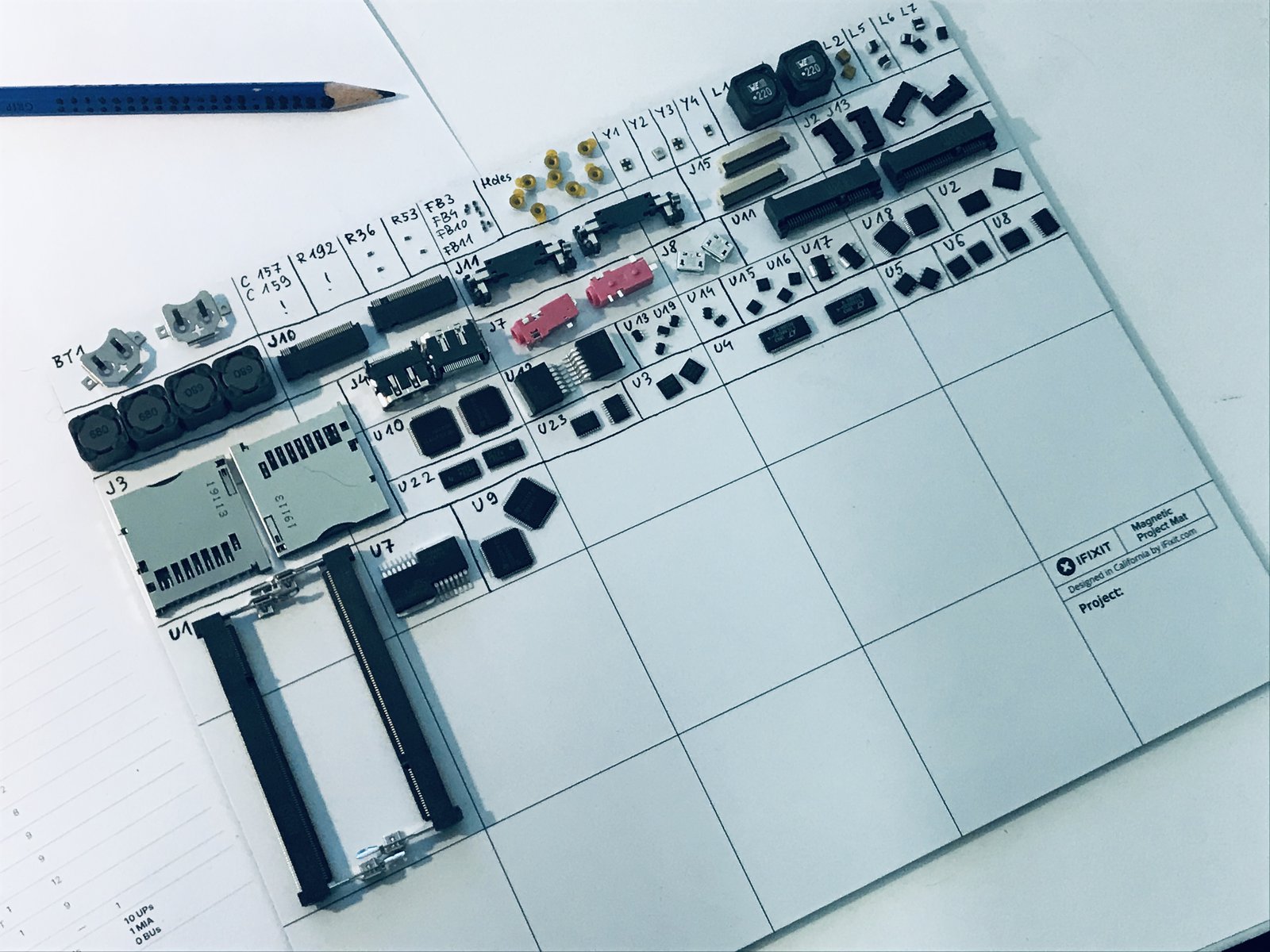 The components are placed on PCBs that I prepare with stenciled solderpaste beforehand. This is tricky to get right because our motherboards are quite big. After everything is placed, the boards go into an IR oven: 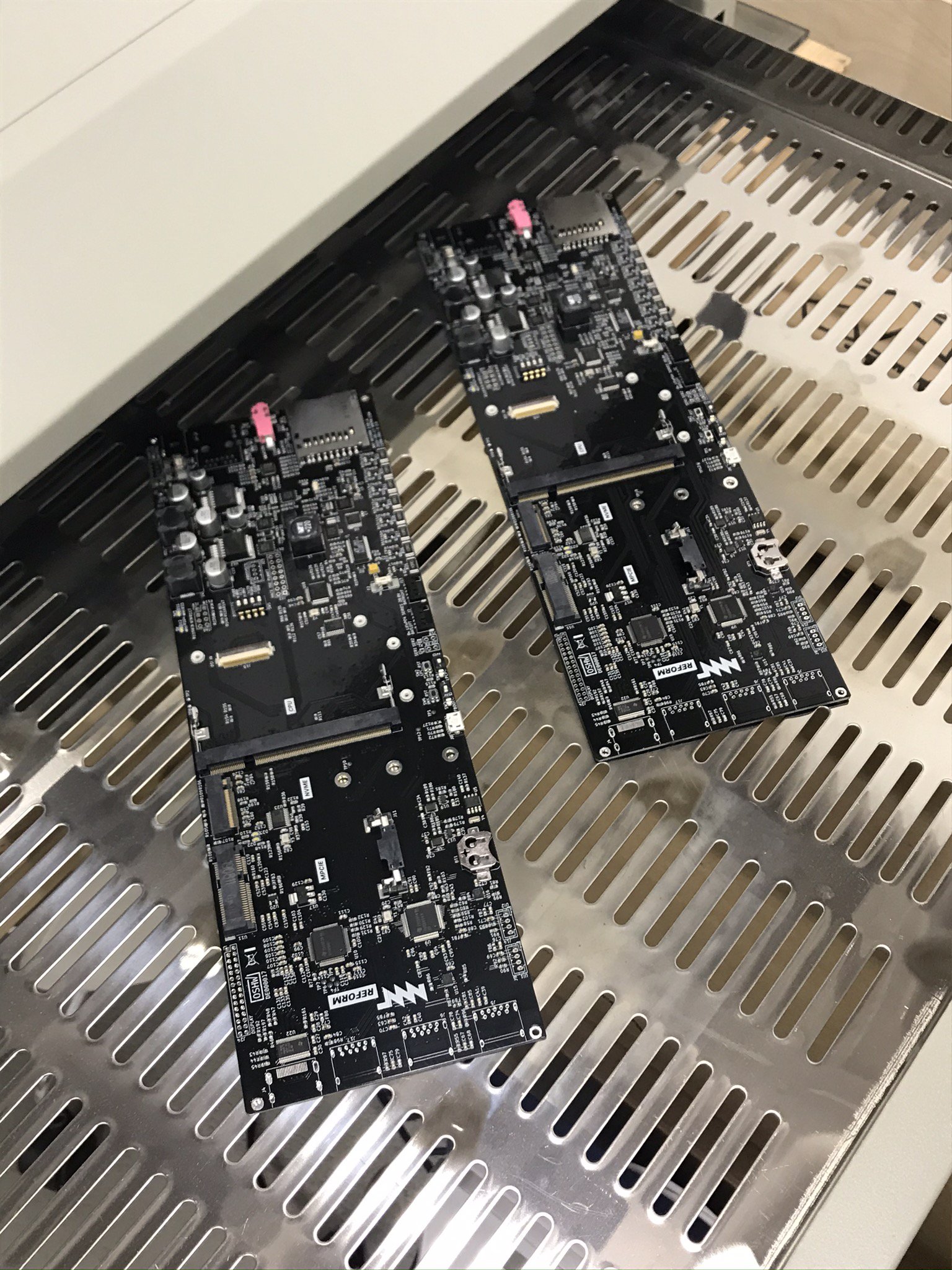 Afterwards I inspect the boards under a stereo microscope and manually remove any solder bridges, and solder on the through-hole parts (most connectors).

Since revision 4, the keyboards have a backlight controller and have SMD components on both sides, so they’re stenciled and put in the oven twice. The surface tension of the solder makes sure that the parts from the already reflowed side don’t fall off when reflowing the other side. Afterwards, Greta solders in all the keyswitches:

Greta soldering in hundreds of keyswitches

We then put blank Kailh Choc keycaps on the switches. This is how the keyboards look before laser engraving the caps: 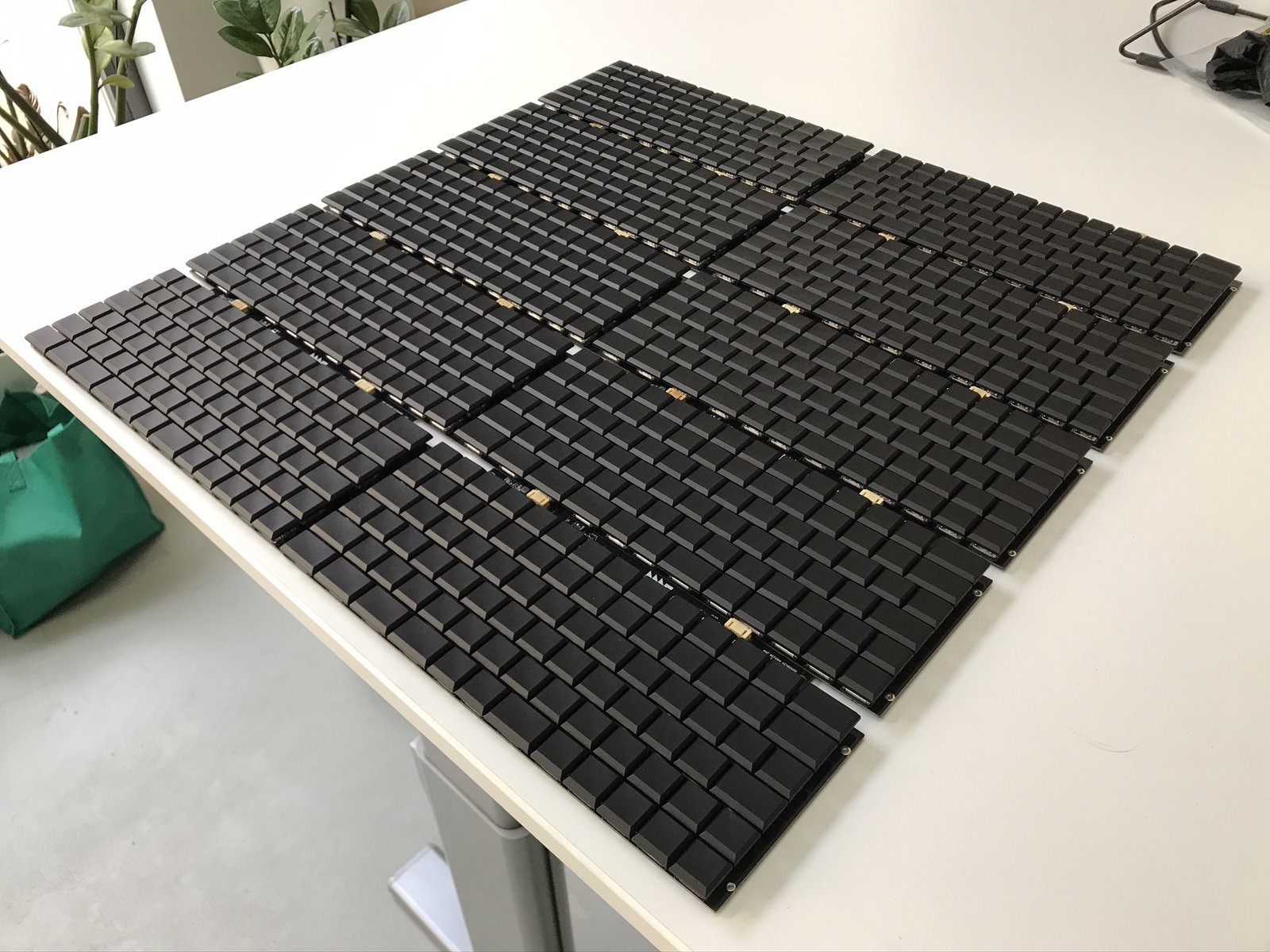 There is one tradition we kept (but greatly refined) from the original Reform prototypes: printing our own trackball keycaps. These have two custom shapes, and we print them in our Formlabs Form 2 SLA resin printer:

We print the "cup" holding the trackball POM sphere ourselves, as well. The mechanical parts are then screwed on the controller and sensor PCBs sponsored by OSH Park for the beta round (thanks Drew!). We had to place and reflow these PCBs, too, of course: 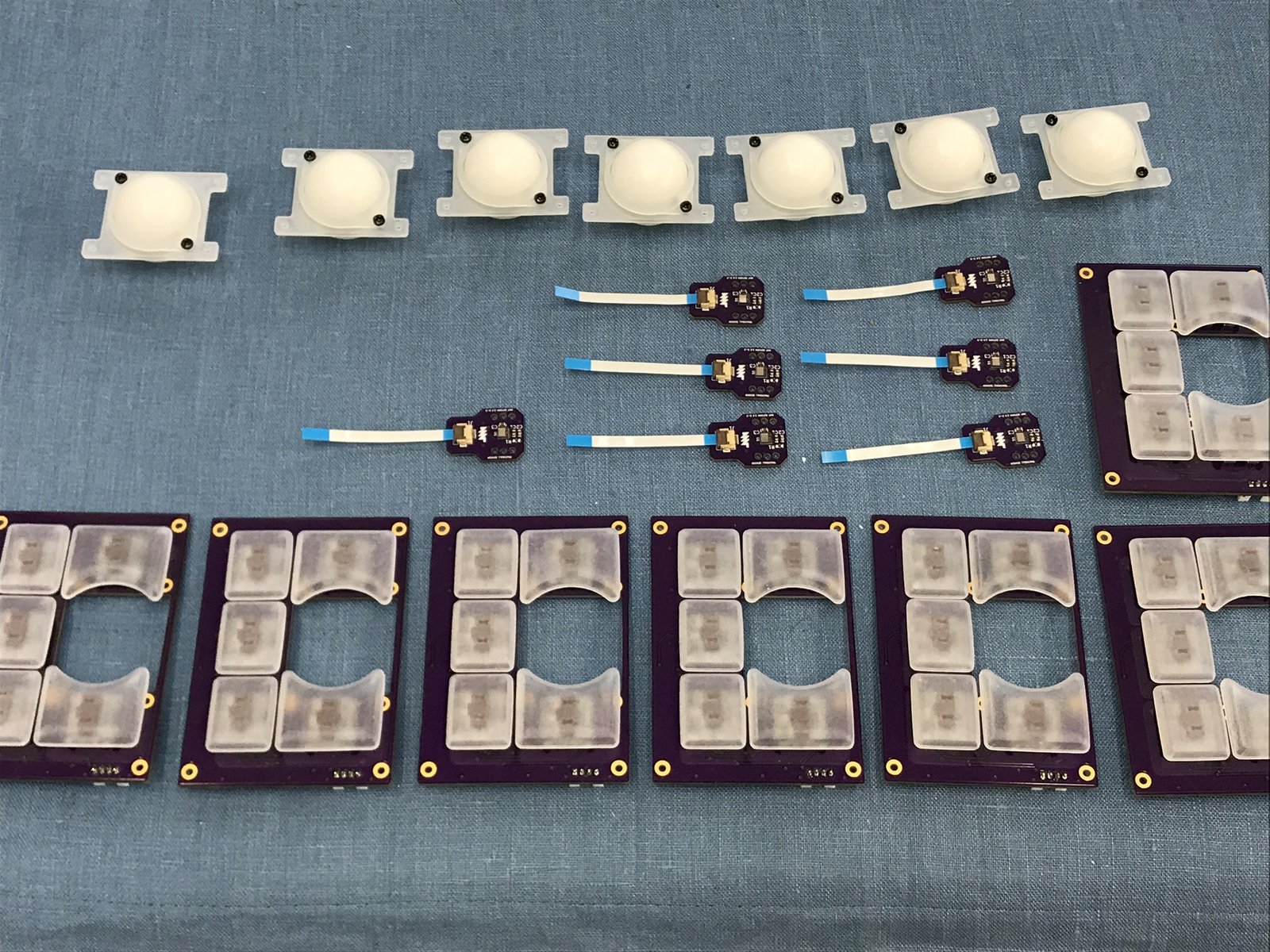 I used my personal Reform unit to flash the firmware onto the keyboard, trackball, and the motherboard’s LPC microcontroller of the new beta device. Then, it is time for bringup: 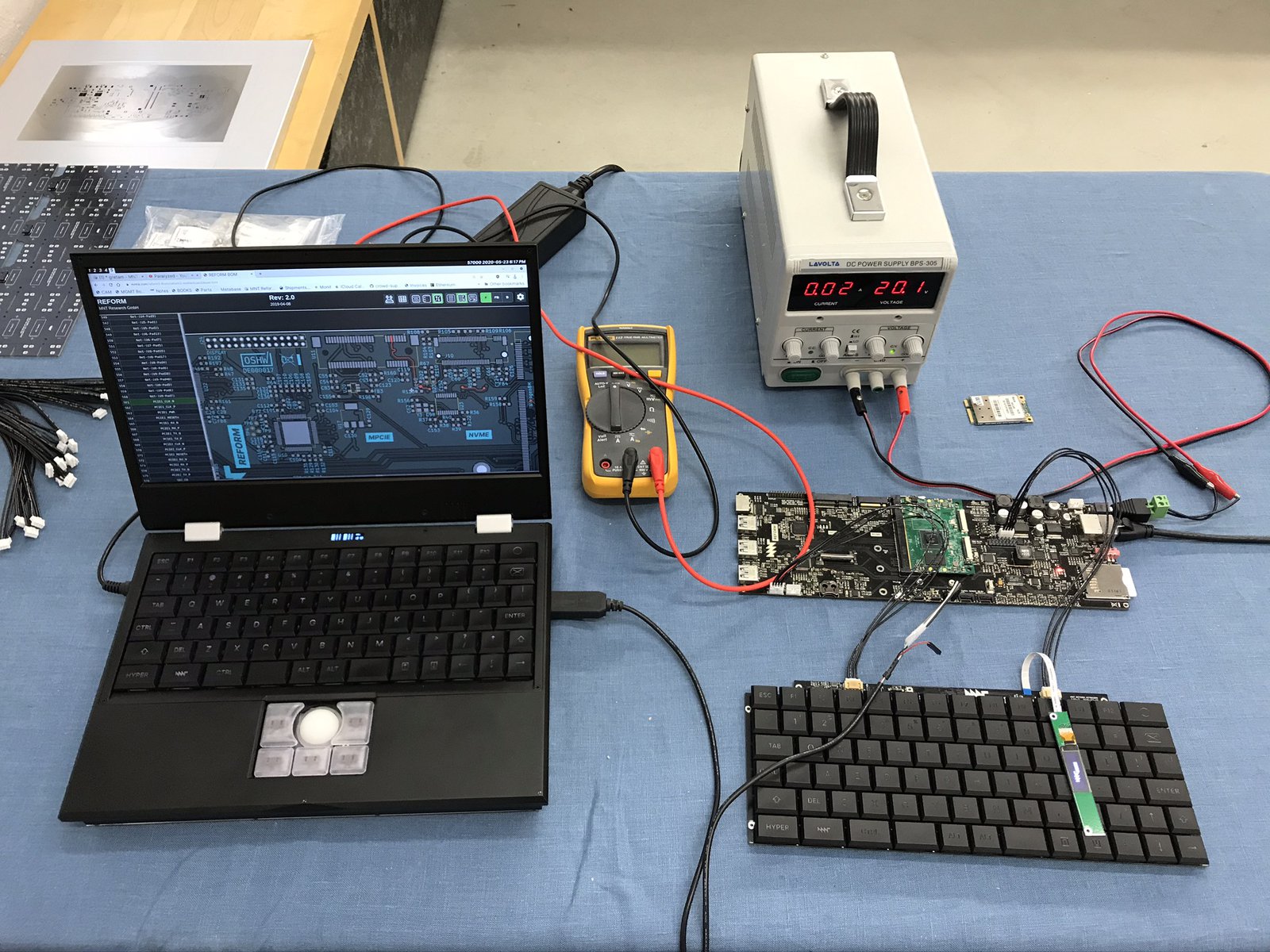 One MNT Reform bringing up the other

While I was testing the first version of the Reform System Image which goes on the SD card, I made use of the onboard debug UART pins to see what’s going on during boot: 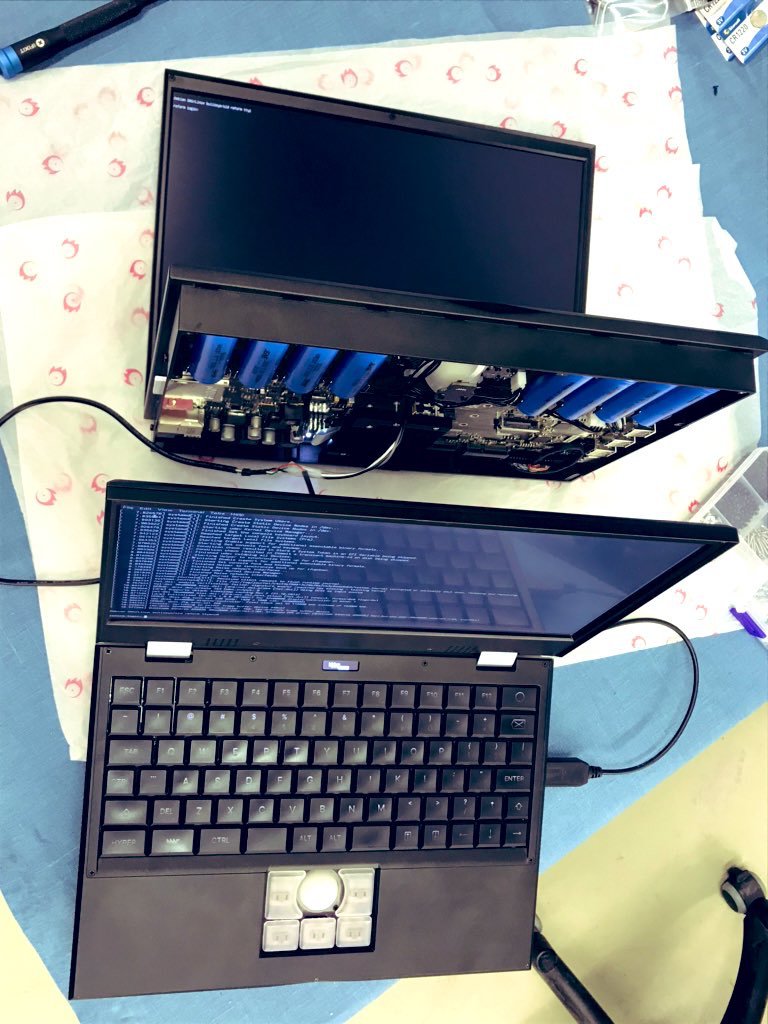 One MNT Reform debugging the other via UART

On the left, you can see a brand new beta MNT Reform being "burned in" with a round of GLXGears. My older, heavily used and a bit dented version is on the right: 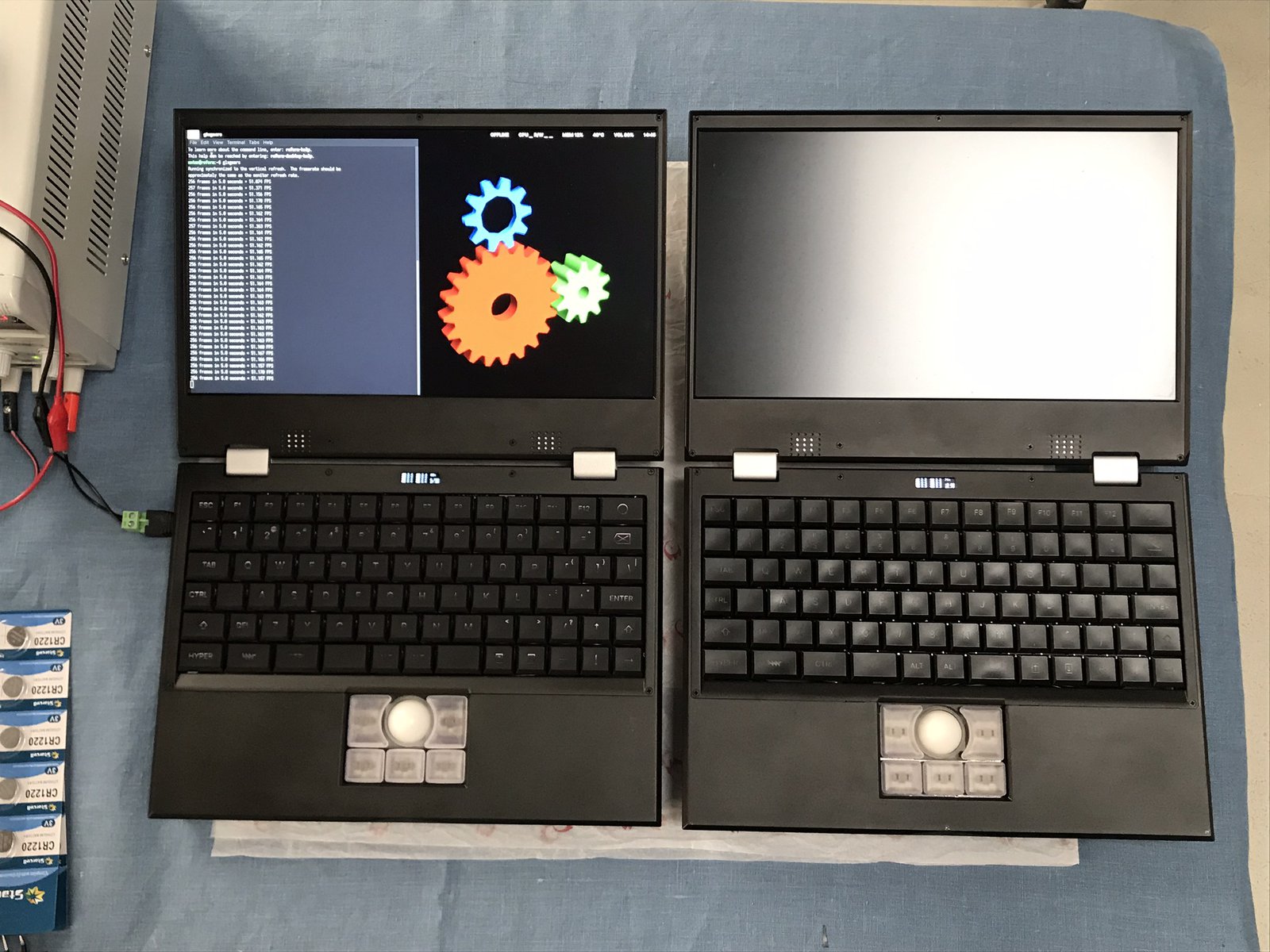 Except for some of the motherboards, all PCBs and parts for the beta devices are ready. I’m currently bringing up the next two revision 4 motherboards. Tomorrow, we’ll assemble two more, and then we’ll have three more to go until we’re finished with the beta devices. All team members will then take a few days break (I’ve not had a weekend without work for many months), and then we’ll jump right into preparing for the assembly of almost 200 laptops for you, the backers.

It’s gonna be an awesome tour de force, the culmination of a few years of preparation work. And we’re very much looking forward to it. Thank you so much for making it possible!