All Boards Shipping, Lessons Learned, and a Fork in the Road for Sensor Watch

First off, the big news: as you read this email, ALL Sensor Watch boards have been fully tested, packed, shipped and delivered to Mouser Electronics, Crowd Supply’s fulfillment partner. Even as we speak they’re counting them out and processing them in preparation for final shipping to backers and preorder…ers, I guess. This is all by way if saying if you haven’t done so already, now would be a good time to double check your shipping address!

I’m immensely grateful for your patience as we navigated this year of parts shortages. We planned to ship in October, and despite some delays and false starts, we got boards to nearly all backers in November. Now we’ll hopefully have all preorders fulfilled before winter draws to a close.

Sensor Watch was my first product built at any kind of scale, and building it during a historic parts shortage has definitely felt like playing the game on hard mode. Still, here at the end of it, we’ll have shipped nearly 3,000 objects to folks: 1,454 Sensor Watch boards and 1,454 temperature sensor boards. I’ve also learned a ton about what it takes to launch a product — and on that note, this post is going to dive into a couple of lessons learned. By the end, I’m going to set forth a road map for two new versions of Sensor Watch that I hope to make available next year.

But first: a battery life update.

When Sensor Watch launched, the project page claimed a battery life of “1 Year (estimated)”. We can remove that “estimated” now: the first test watch with the old 2021 firmware crossed day 365 last month, with battery life to spare! 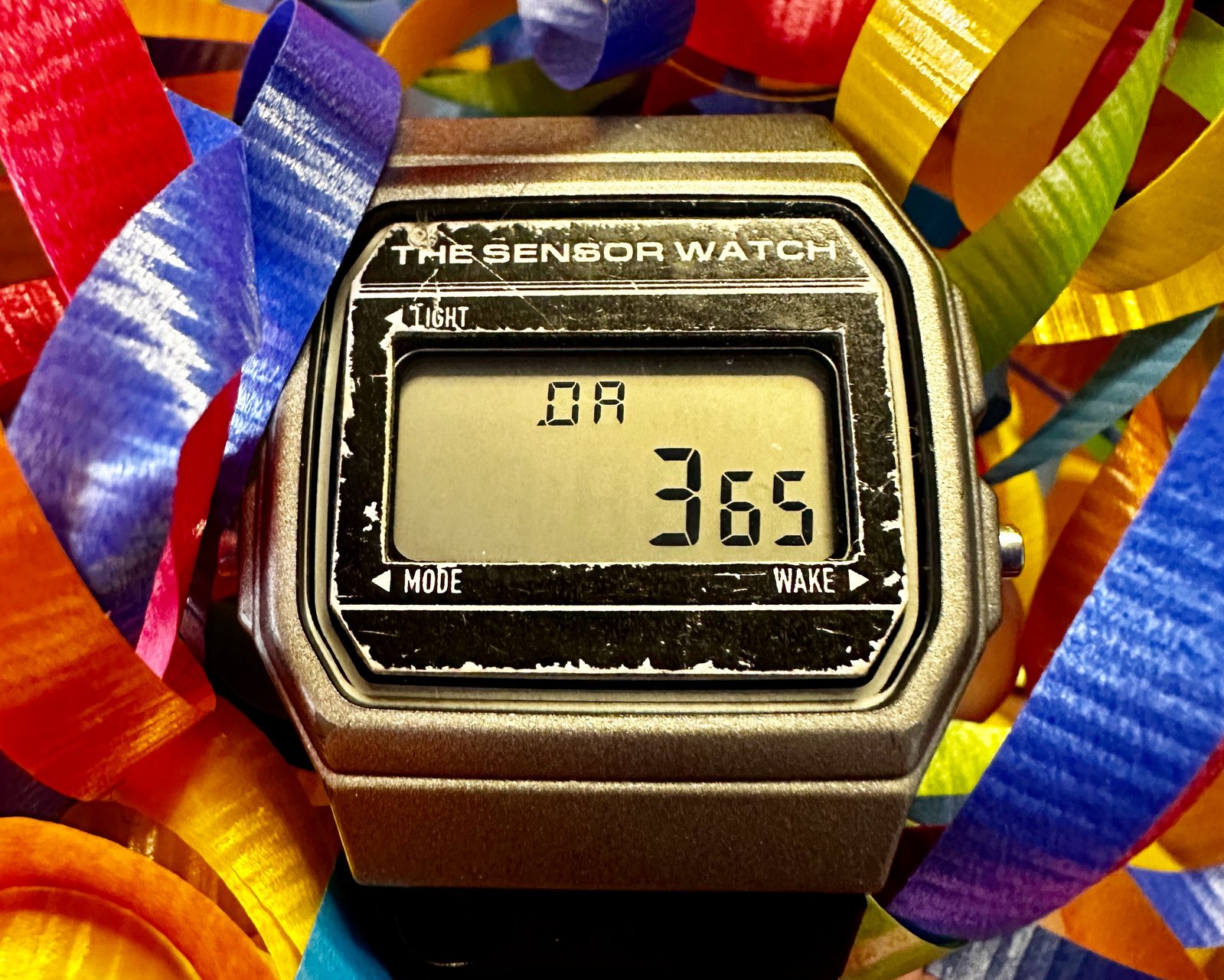 As I write this update, that gray watch is still going strong at day 395, running on that same coin cell I installed last November. This is especially great news because the NEW firmware, which shipped with every Sensor Watch dating to the first blue boards, is significantly more efficient than that old build was. 290 days into the test of the new firmware, the second test watch is still at 3.06 volts, which signals that Sensor Watch should last well over one year on a CR2016 coin cell. 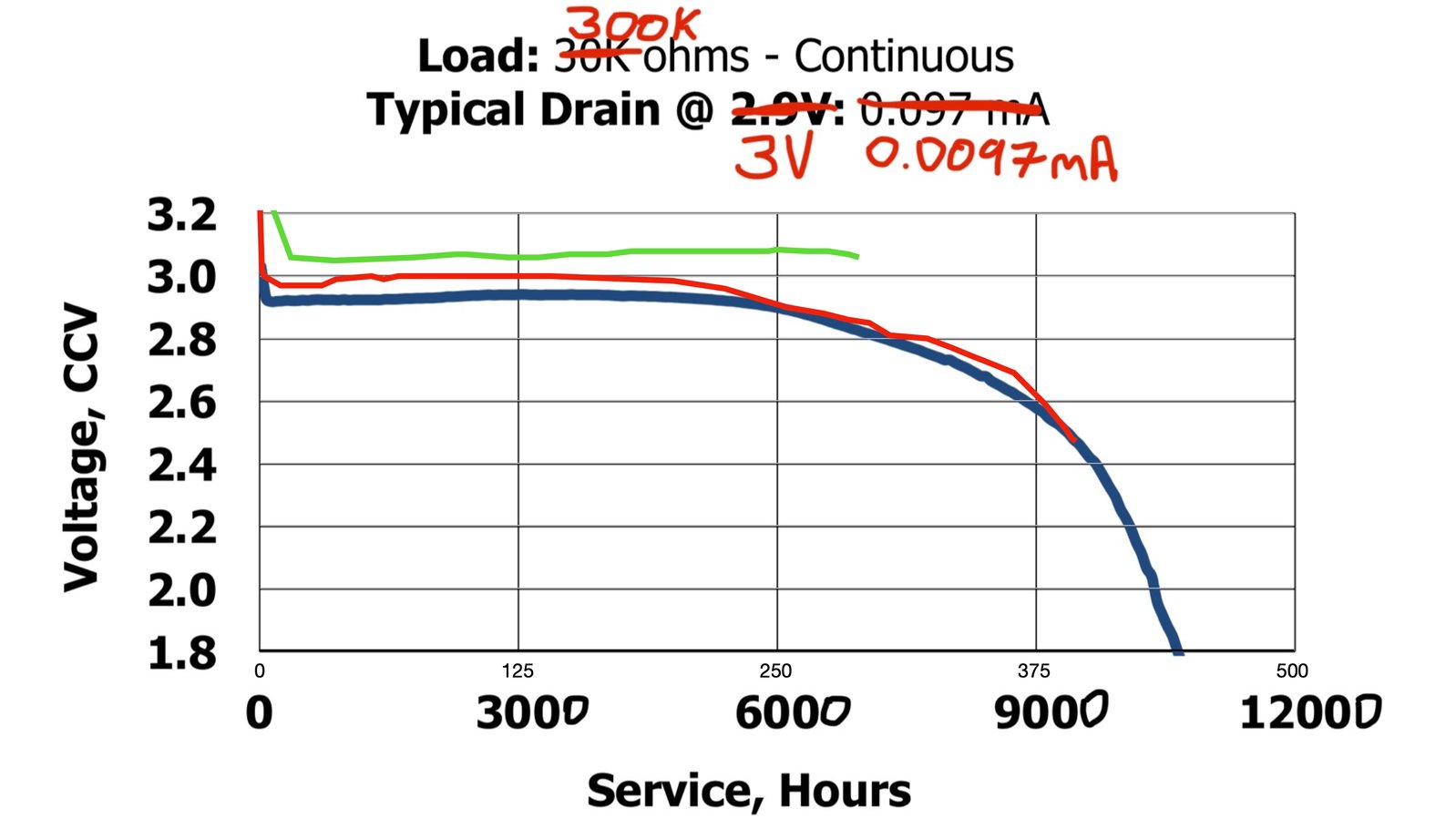 At this time last year, I had shipped perhaps a dozen Sensor Watch boards to early beta testers. As of today, we’ve shipped nearly 1,500 of them. That’s 1,500 boards manufactured by PCBWay, assembled by Cyber City Circuits, and tested, packed and shipped by me personally, plus 1,500 temperature sensor boards hand-assembled by yours truly.

Question: why did I do all that work myself?

Answer: I wanted to hit an affordable price point with Sensor Watch, so I asked my PCBA partner to quote me a price for assembling the Sensor Watch panels, and nothing more. It fell to me to depanel the boards, test them, flash them, pack them and ship them. It was slow going at first. With time, I streamlined a lot of it: built a tester for the buttons and the LCD, and a second one for the 9-pin connector. By the end I could take 300 boards from panels to individually bagged boards in a day.

The problem is this: if shipping 3,000 watch and sensor boards takes two weeks out of my year, Sensor Watch is not sustainable. I need to be able to give all that work to someone else going forward, and that means I need to add their labor to the cost of the gadget. That means either raising the price, or figuring out how to streamline the design even further.

So we’re doing both, in the form of two new versions of Sensor Watch planned for next year: 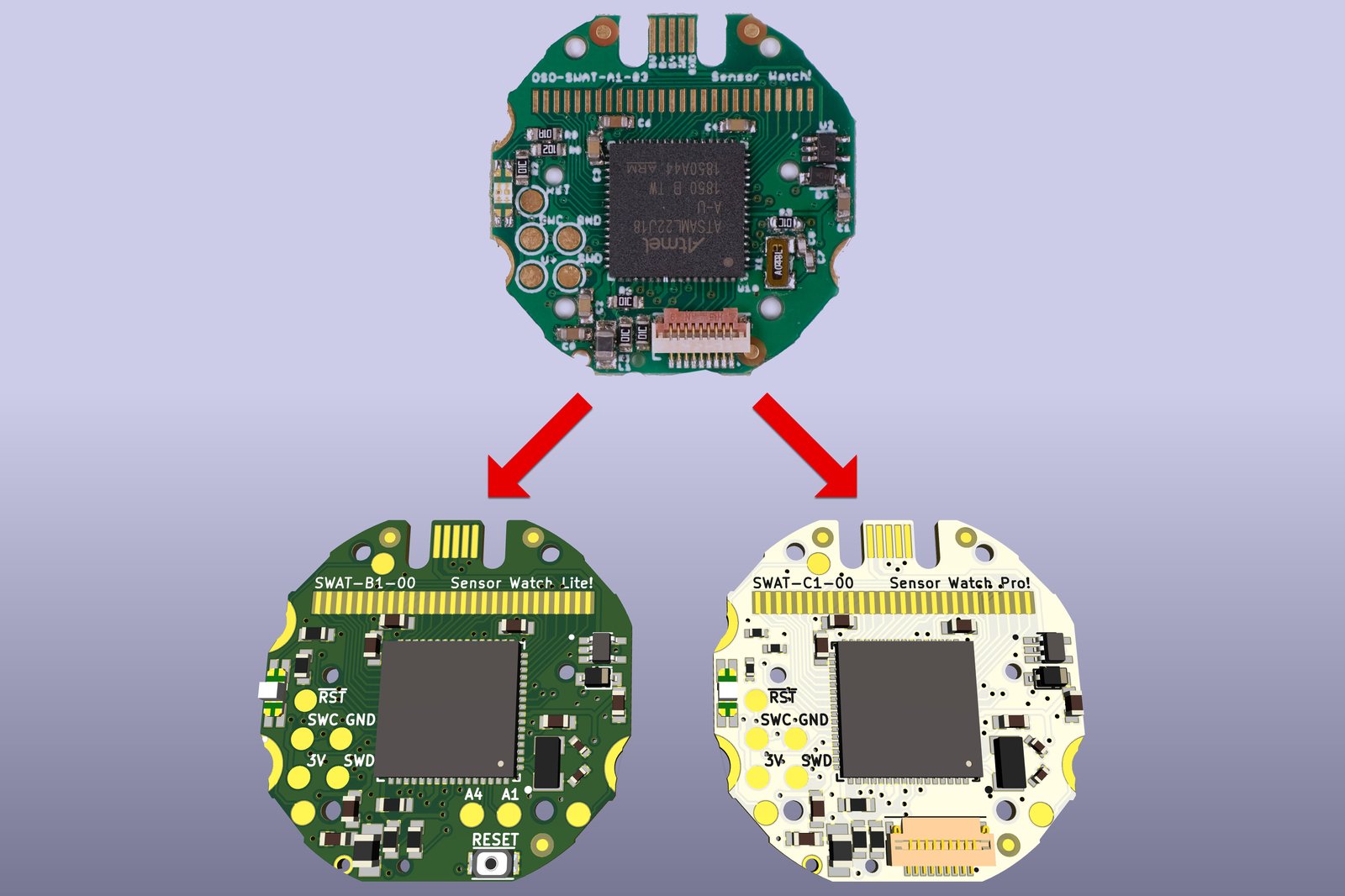 This version of Sensor Watch is the quickest way to get more watch boards manufactured and in people’s hands. It makes a handful of changes to ensure that the device is both more affordable to manufacture, and simpler to test: 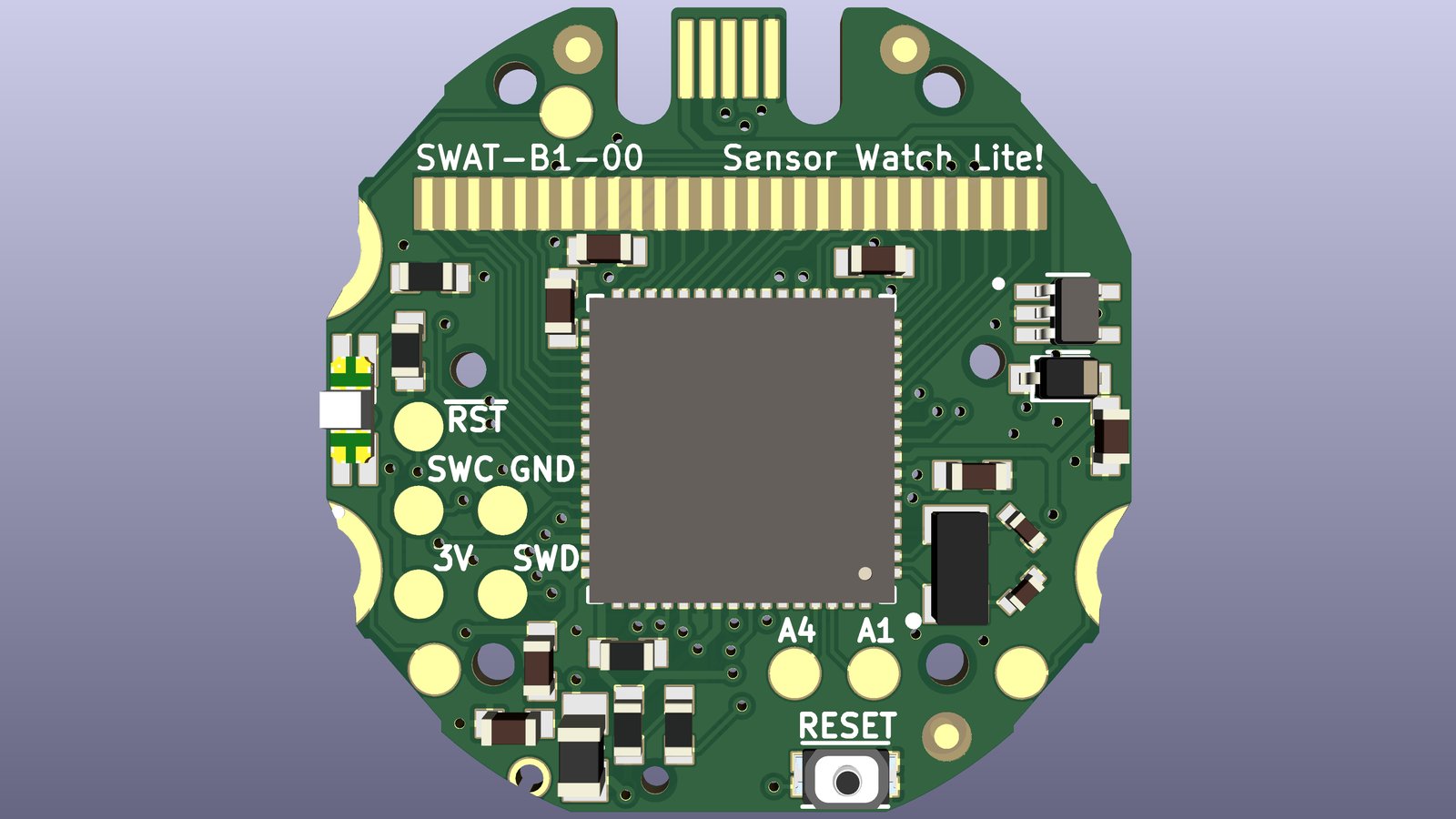 These changes should lower manufacturing costs and improve manufacturing yield. The hope is that this will allow us to keep a very similar price point to the original watch + temperature sensor combo, while delivering the same base features. This version will also be code-compatible with the original Sensor Watch, so you’d still be able to use any firmware built for the Sensor Watch “green boards”.

Of course, the promise of Sensor Watch was that 9-pin connector, the idea that you could add other sensors for light or sound or motion. I’m not giving up on that. That’s just where Sensor Watch Pro comes in.

The thinking: let’s accept that this version of the board is going to have to cost more to account for the the extra labor involved. Let’s use that as an opportunity to do more with it! 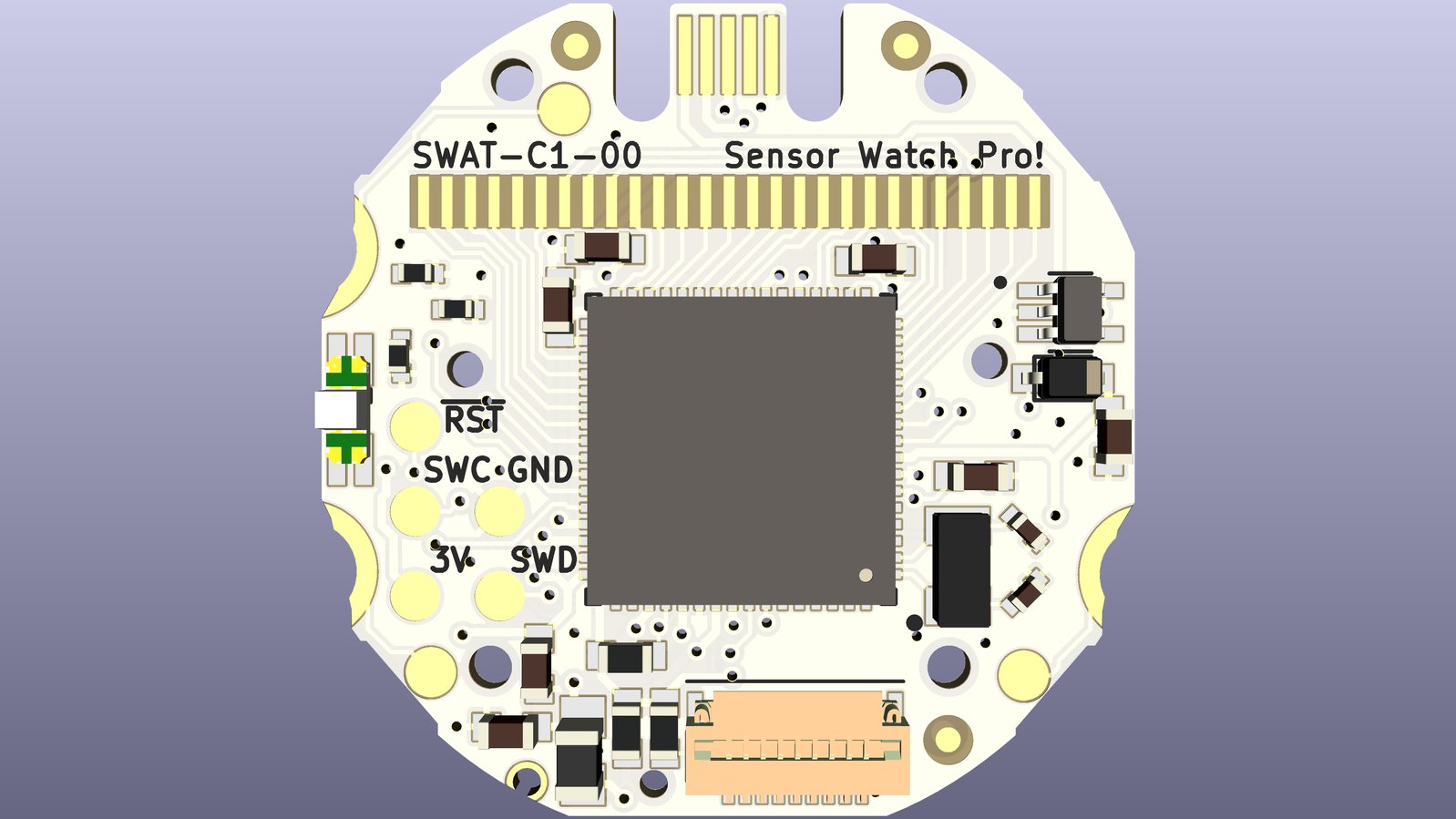 This version of Sensor Watch would probably come later in the year, and while I don’t have a final design for it, my hope is to be able to add a third color to the LED (RGB instead of RG). It’ll also have that 9-pin connector for additional sensor boards, some of which folks are already sharing in the Sensor Watch Discord.

I don’t have a final design, and I don’t have a final price point. But I know this board is possible because it’s very similar to the board we just got done making! I just need to design processes to make it possible for someone other than me to build and test it, and then find out how much it will cost to pay them to do it.

To be clear: it will be a few months before these boards are available for sale. This first batch of Sensor Watch boards is likely to sell out by the end of the week, and I probably can’t get more chips until summer. But when that time comes, both PCBWay, Cyber City Circuits and I will be ready to get cracking on another production run.

State of the Movement

SO MUCH has happened with Sensor Watch since last I reached out. Nearly all backers have received their boards, and that means a bunch of folks have assembled theirs and begun contributing to Movement, the community firmware for Sensor Watch. That means new watch faces:

There are also a TON of bug fixes and quality of life improvements, nearly all of them the work of community members:

Curious how you can get in on this firmware development action? Join the movement at the Sensor Watch Discord community! Now that all the boards have shipped, I’m planning to spend my holidays reviewing a ton of community pull requests, which are set to bring new features like a week number face, a better stopwatch, new interval timers and even a calculator (!!) to the humble F-91W.

Again, I’m just blown away by the creativity that the Sensor Watch community has brought to this project. It’s exceeded my expectations in every way, and looking toward 2023, I’m stoked to be able to ship more hardware and keep the story going.