The PowMeter Campaign is Now Live

It’s time to launch PowMeter! Even though it is a relatively simple project, PowMeter is the result of a very long process. I had been interested in electronics as a hobby for a couple of years; then I discovered the fantastic world of Arduino! Using a microcontroller provides nearly endless possibilities for analog or digital electronics projects.

But there is a huge difference between breadboarding hobby projects, and taking a concept from prototype to mass market production. In 2017 I started to study an Arduino compatible frequency counter. I just bought a very cheap device on AliExpress which I burned up in about a week. Of course, after that I read the user’s manual, and learned I should not apply power above 5 V to the input pin.

So I decided to design my own and I built a couple of versions. I wanted to get the best performance ever with an Atmega328 chip. 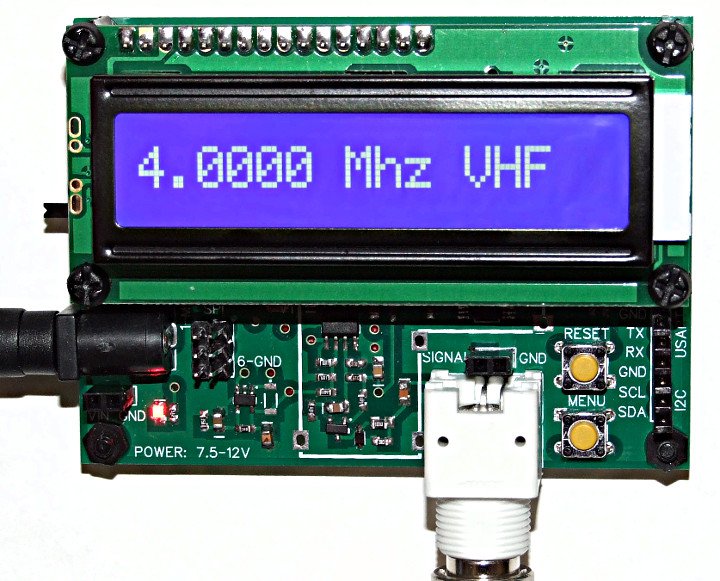 I also discovered that these kinds of projects are sometimes financed through crowd funding and specialized sites. I had been working in computing but was unemployed and so I started to think about opening a small company that would produce Arduino compatible boards.

This is how the idea of Pandauino came to be. Finally I found that it was too complicated (and so too expensive) to design a higher performance frequency counter based on Atmega328p. This chip is fantastic but not specialized enough for this task. Most cheap and efficient devices are PIC based. But I did also design many other things and was always concerned about their power consumption. 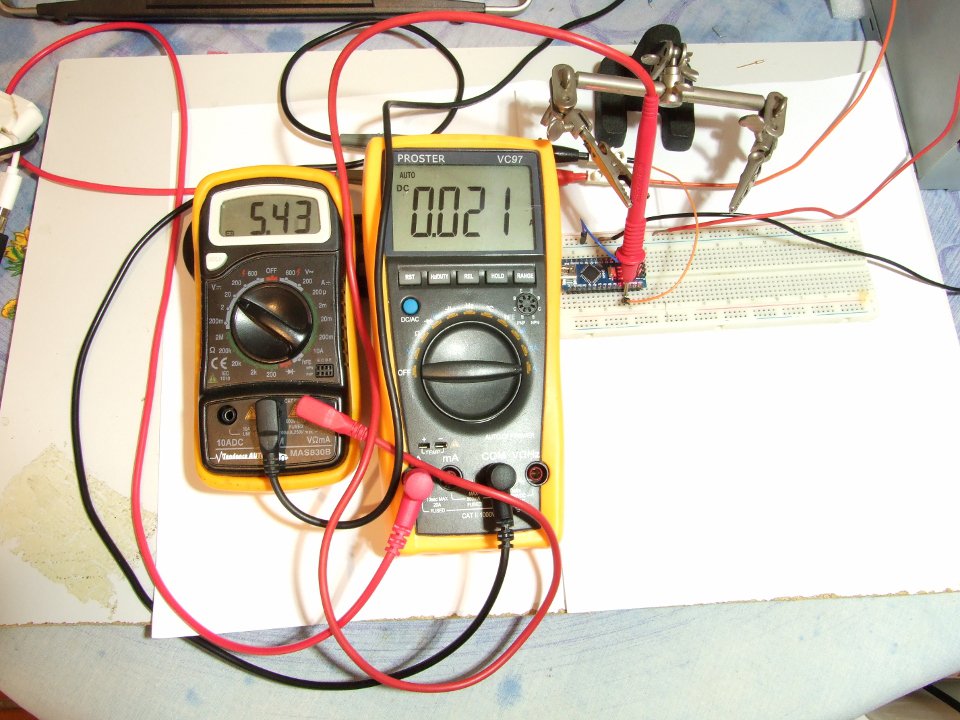 Each time I have to check my circuit’s power consumption, things get complicated. I needed two multimeters to check voltage and current and these are relatively big compared to Arduino boards so this is really not convenient. Also there is no possibility to compute / store results. I was thinking about a nano current meter (maybe a next Crowdsupply project). I first documented myself on current measurement (see Analog Device Application Note detailing tens of standard circuits.) and it was clear that the best solution is to use a specialized current IC. I tested a couple of them (INA199, INA219, INA226, INA233 with or without ADC etc…)

From these experiments, I came up with the idea of making the smallest device possible that would fit under an Arduino Nano. I like the compactness of this board with the Atmega328 at its core that is used in so many Arduino projects. I also discovered the 0.49” OLED and all together it proved possible to make an extremely tiny device with very interesting capabilities.

In the future, I’ll consider designing a UNO/LEONARDO/MEGA… version with a bigger OLED or maybe a colour TFT and also a nano current meter. Today, I am hoping you’ll support this cool little shield that will allow you to monitor power on any kind of project based on Atmega328 or any other electronic circuits up to 24 V.

This being my first campaign on Crowdsupply, I’ve decided not to fix a funding goal. However, it would be best to produce 50-100 boards to reduce the production costs.

Thinking that you might be particularly interested by the 0.49” OLED and since PowMeter works best with a Nano board I added a deluxe kit offer with:

So you will have everything ready to make a nice power optimised project and test the little screen.

Please don’t hesitate to contact me and let me know what you think about the project.