This week’s featured maker pledge level includes a gift certificate for a tasting and tour at Stone Barn Brandyworks for up to 6 people. Guests will each receive a tasting flight of 5 and a craft cocktail.

Stone Barn Brandyworks is one of the 8 distilleries that make up southeast Portland’s impressive Distillery Row. Owners Sebastian and Erika Degens and their team craft a selection of seasonal and year-round spirits from fruit brandies and whiskeys, to ouzo and grappa. 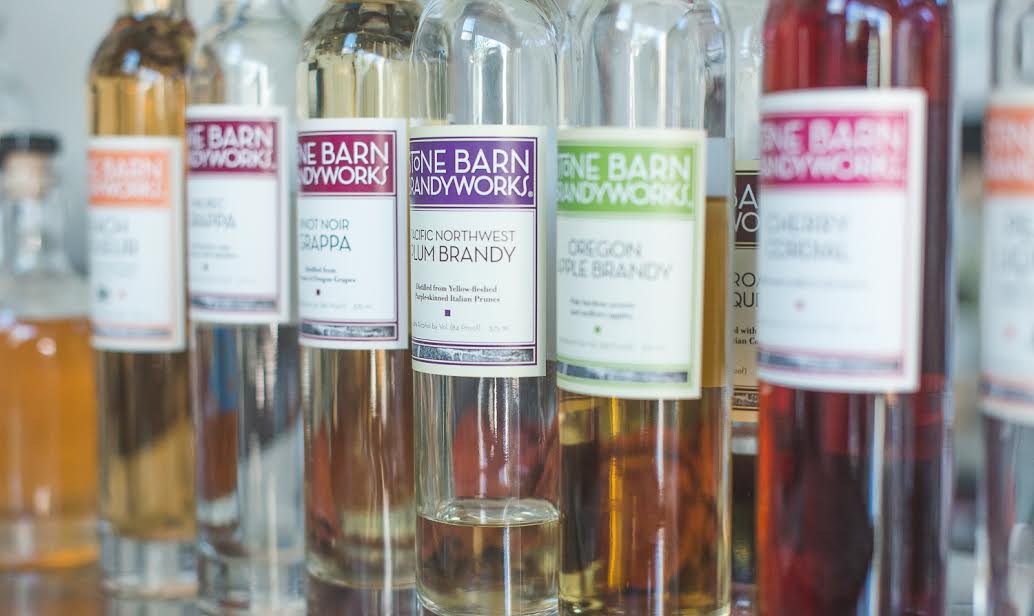 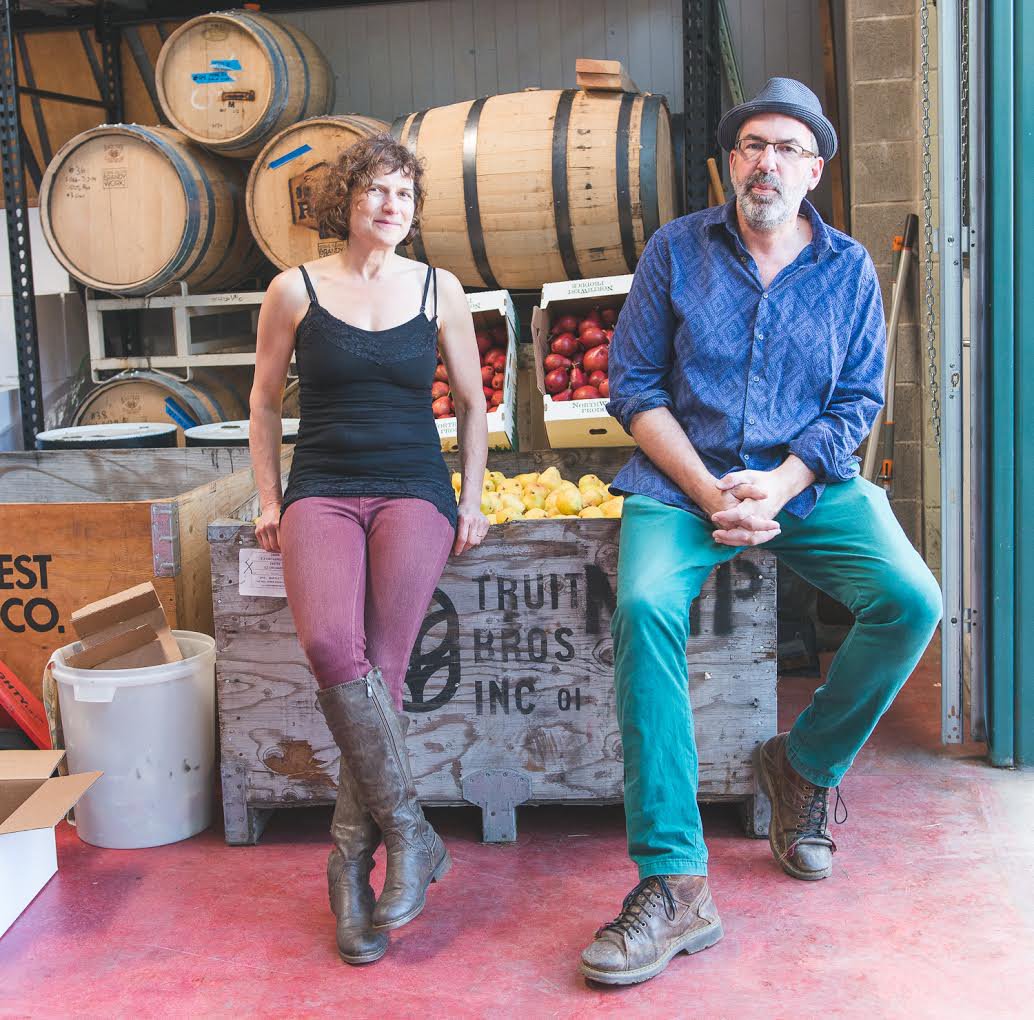 "Their first product was a plum brandy, chosen because they suddenly had access to a large quantity of Italian prune plums. However, the fruit was frozen, and the thawing process—making the mash warm enough to feed the yeast—proved to be a challenge. The end results were mixed, but it was a crucial first step. Although Degens describes the episode as “a steep learning curve,” they were on their way.

Soon they got into the rhythm of following the fruit harvest; and it became clear that their brandy offerings were going to follow the seasons. In order to develop a consistent, year-round presence, they added whiskey to their offerings, which they made with flour from local Bob’s Red Mill. And because elements of whiskey and brandy also go into making fruit liqueurs, they added those into the mix. This proved to be a good move for two reasons: One, it takes about twenty pounds of fruit to make 375 ml. of brandy, versus only three pounds of grain to make twice that volume of whiskey, which made their entire operation more cost-effective. Two, the public wasn’t yet that familiar with their European style of brandy, so offering more familiar products of exceptional quality would draw customers who could then be introduced to the brandy. They’ve been successful at getting the word out—and getting people to try their brandies—through their tasting room near the Brooklyn rail yard, their booth at several area farmers markets, and Distillery Row’s Passport Program."

-Excerpt from Portland Made: The Makers of Portland’s Manufacturing Renaissance