We have spent this last week sourcing materials, preparing a test jig and preparing the design for mass production.

Part of the factory preparation is getting the design ready for mass production. We are going to be doing a run of 500 boards. The factory will not be running each individual board through the manufacturing process. They will be processing multiple at a time. We have converted the final design file into a panel layout. 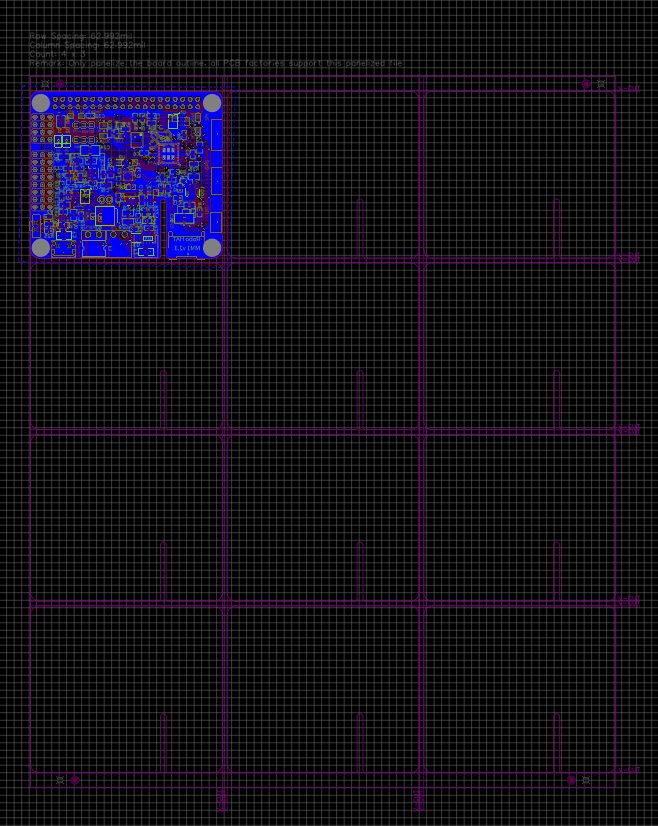 We have procured 500+ SAMD51 processors for production. We have been shopping around for all the other components as well - including the MPU9250 and other components. This will likely be the last and only board we produce with the MPU9250 IMU as it is no longer in production. The MPU9250 has been around for quite a while and is known as one of the most accurate IMUs, it’s replacement is already available but is not a drop-in replacement - so we will be saving the new one for next time.

We should have a test jig early this week. We are happy to report that the testing will be completed using a Raspberry Pi and known good Robo HAT MM1. Robo HATs testing Robo HATs.

CircuitPython is going to be our testing language of choice. It provides enough functionality that we will be able to test many of the functions of the board without too much difficulty!

Further details about the test software and process will be in a later update.

Thank you for following along! It won’t be long now until you have your Robo HAT MM1 in your hands!