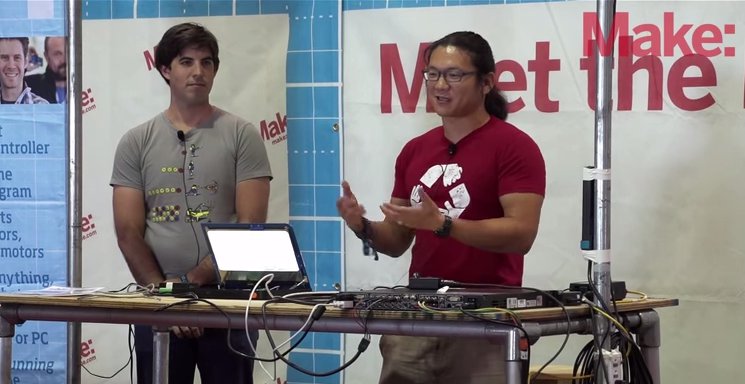 For many folks nowadays, a laptop has become just another appliance… push the red button for Instagram, blue for Facebook. That’s not true for Andrew “bunnie” Huang and Sean “xobs” Cross.

Bunnie and xobs are hackers in the truest sense. For them, computing is an activity that can include “hacking” in its original meaning of something you do with a saw or a knife. Something anyone can do. We tend to think of a hacker as someone who modifies software to suit their needs. Bunnie said: “I have a deep rooted belief that all hardware in the end anyways is kind of open source.” The Novena was his and xobs ultimate manifestation of that very principle.

Bunnie and xobs initially built the Novena as a side project, to be the singular laptop they would want to use themselves. With Crowd Supply, they were able to bring the Novena computer, what Wired Magazine called “The Almost Completely Open Source Laptop,” to a global group of hackers that share their sentiment for a truly open computing experience.

The idea behind the Novena is deceptively simple: build a laptop completely from open source hardware components - components whose design and specifications are completely accessible and transparent. Then, assemble those components into computer hardware that facilitates modification and experimentation. With an open design, a whole community can work on finding flaws, bugs, and security problems, sharing ideas and solutions with each other. And beyond security, as larger companies like Facebook are starting to discover, open source hardware can lead to unexpected innovation. By developing an open hardware switch, Facebook found that they could actually avoid faults caused by proprietary layers between the network and the hardware.

Innovation like that takes flexibility, so the Novena comes in different forms, from just the raw motherboard to an “Heirloom” version with a handcrafted wood and aluminum case built by Portland craftsman Kurt Mottweiler. All of these designs are open in every respect, from circuit layout to chip specs. When you tilt up the screen on the laptop version, the inside of the case is literally open to allow easy access to the components inside. The case even includes an array of hardware mounting points to facilitate experimentation and modification.

Building a market of anti-consumer consumers

Bringing a new laptop to market is a daunting proposition, with complex supply, manufacturing, and distribution issues. Add to these complexities an intentionally restricted target customer: the consumer who rejects the convenience and ease-of-use of mass market, commodity computers in favor of something completely accessible and hackable (yes, including hacking with saws and drills).

To accomplish these goals, bunnie and xobs needed more than just a pile of seed money. They knew from experience that they needed help with manufacturing, sales, and building a supply chain. Spinning up suppliers for parts—casework, boards, accessories—is hard and expensive. And beyond that, there are organizational as well as marketing and sales challenges. As bunnie says, “a lot of people really underestimate the sheer difficulty of logistics and fulfillment.” Bunnie and xobs knew about these challenges from their experiences with Chumby, a prior open hardware product.

Crowd Supply was able to take these burdens on, eliminating lots of the hard parts of the roadmap, so that bunnie and team could focus on getting the product and its ecosystem right. The Crowd Supply team also led the marketing and PR efforts for Novena, not to mention logistics, delivery and order fulfillment.

From Prototype to Product

Now Crowd Supply is responsible for keeping the sales channels primed with product and orders; they are also the main retail outlet for this unique piece of hardware. Bunnie and xobs have now sold well over $800K in Novena products through the Crowd Supply store. It has also taken on the business of selling add on components and accessories for Novena, like the MyriadRF Software Defined Radio Daughterboard, a ROMulator Breakout Board, batteries, cables, and a lot more.

By taking on the hardest, more mundane aspects of shipping product and driving sales, both xobs and bunnie found themselves able to dedicate their time to more pressing matters. For xobs, this was the ability to service and support their growing customer base:

"The benefits of Crowd Supply have been many and varied. During the development of Novena, I focused mostly on software, however now that it’s shipping, I’ve been dividing my time between making software improvements and supporting customers - another area that many people underestimate. Customers of a product as complicated as a laptop sometimes need assistance. Crowd Supply is able to help us with both of these problems, which is a huge benefit. This lets me get back to improving software and working on future projects."

Today, bunnie is also a happy guy who gets to keep innovating and hacking, doing what he loves. Turns out, with vital assistance from Crowd Supply, bunnie and xobs have been able to make a lot researchers, experimenters, and hackers happy too.

##“Working with Crowd Supply to launch Novena surpassed my greatest expectations - they were a true partner and made the process surprisingly painless."## 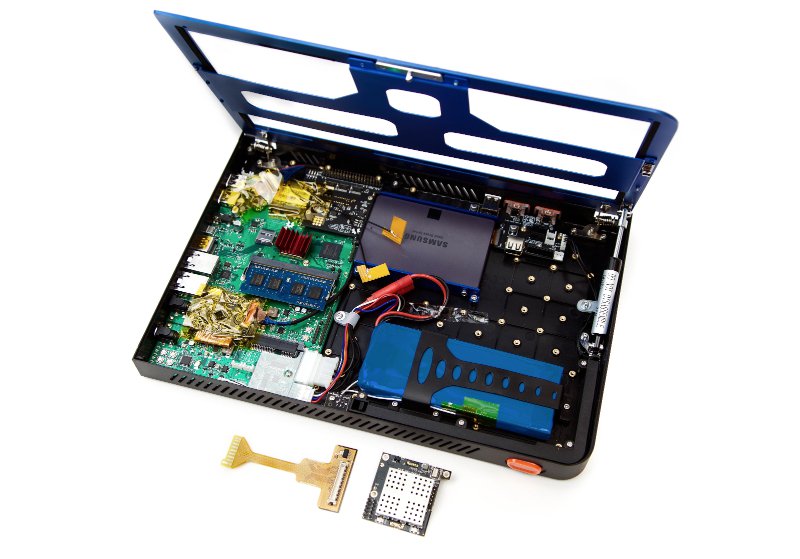