Good news! The new PCB vendor has succeeded in producing enough PCBs to allow us to run production, and as a result Fomu is now at the Crowd Supply fulfillment facility and will begin shipping next week. As soon as your order ships, you will receive an email with tracking number.

There were a few hiccups during the production of this batch of Fomus, but that is not uncommon when switching vendors. In this update, we’ll cover some of the production issues we ran into, how we intend to fix them, and talk about both the RISC-V Summit and 36C3 conferences.

After the first failure mentioned in the previous update, the PCB shop redid how they perform the hard gold process. This resulted in a much better yield, but it still wasn’t great. The issue this time appears to be the edge-plating. This feature is what will enable capacitive or resistive touch, and with four capacitive buttons a clever hacker could get gesture support. Doing one big capacitive button is easy — just dip that part in gold. But doing four buttons is hard, because they really want to fuse together.

The solution that the new PCB shop came up with was to drill tiny holes in between the pads to ensure they’re separated. Apparently this technique requires some more work, because they only got about a 50% yield. When this happens in hardware your choices are to improve the technique, change requirements, or accept the high scrap rate. In order to get boards finished more quickly, we accepted a high scrap rate for PCBs prior to placing components on them — the factory places an "X" through any bad boards, and these don’t get any components placed on them.

Because the failure rate was so high, occasionally there would be an entire row of PCBs that were unusable. The factory did something I’ve personally never seen before — they used a special machine to cut out the bad rows and "transplant" good rows from another board. This increases the yield and allows these boards to be processed as if all the pieces were good. 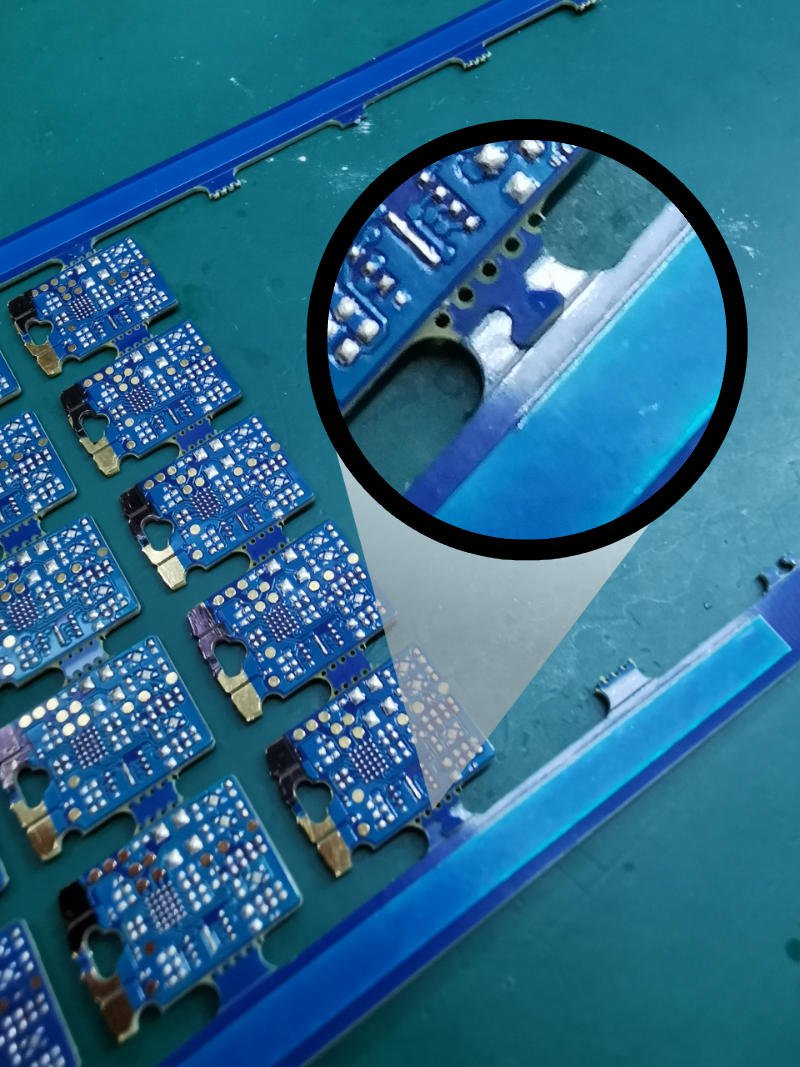 In the end, we managed to get enough Fomus to meet the immediate demand, with the understanding that the factory will work to get us the rest of the boards when they are finished. This has been a surprisingly difficult production run, and thank you all for sticking with us.

Fomu was at the RISC-V Summit 2019 giving our workshop on FPGAs and RISC-V. This event brings together members of the RISC-V community, ranging from silicon vendors and manufacturers to standards-body members and users. This event was good to get feedback on Fomu, as well as introduce it to a wider range of people.

Sean and Tim were also at 36C3 in the Hardware Hacking Area. We ran several Fomu workshops, introducing new people to the wonderfully weird world of FPGAs and embedded development. Thank you to everyone who came!

As part of the 36C3 workshop, the workshop.fomu.im website got a major retooling. It is now paginated, and has a lot more sections. It recommends updating to Foboot-2.0 — which is faster — and has new sections on Rust. Even if you’ve already gone through the self-directed workshop, give it another look and see what’s new!

As always, thank you for helping support Fomu!