Hi everyone. We have good news, and we have bad news. The bad news is that Fomu will be delayed a couple of weeks due to some PCB manufacturing issues. The good news is that this gave us more time to hold a Fomu workshop at Teardown, which gave us a lot of interesting feedback, including one particular catastrophic bug that we managed to fix due to the production delay. Read on to find out more!

This past weekend, Crowd Supply held their second Teardown conference in their home city of Portland, Oregon. Fomu was there, and we gave a workshop introducing people to Fomu. We received a lot of feedback from people on how to do firmware updates, what software to distribute, and how to gently introduce the concept of FPGA programming. We provided workshop attendees with reworked EVT1 boards. There were some issues with the crystal on these boards, as well as some issues with the firmware, but once we sorted that out, things went well. 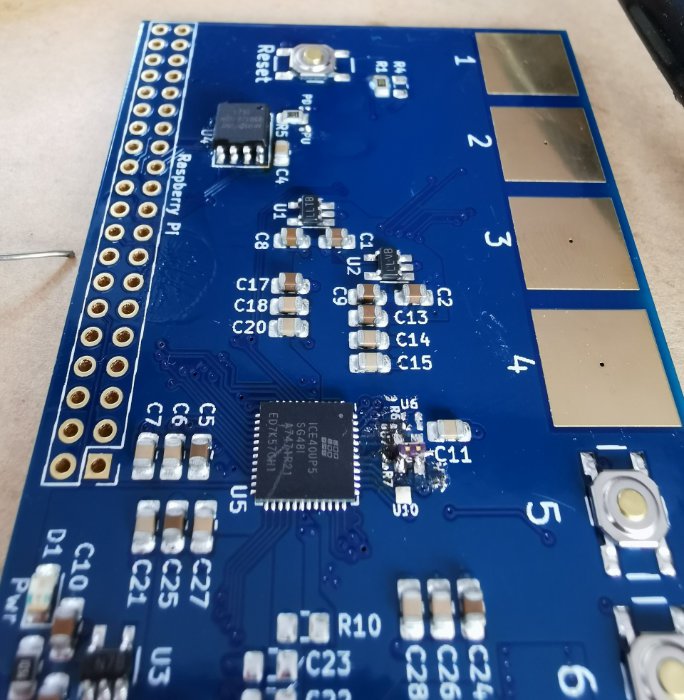 We have a reasonable idea now of how to get started with Fomu, and we’ll use that to create a "quickstart" repo. We also have the beginnings of a toolchain set up on Mac, Linux, and Windows, though more still can be done. 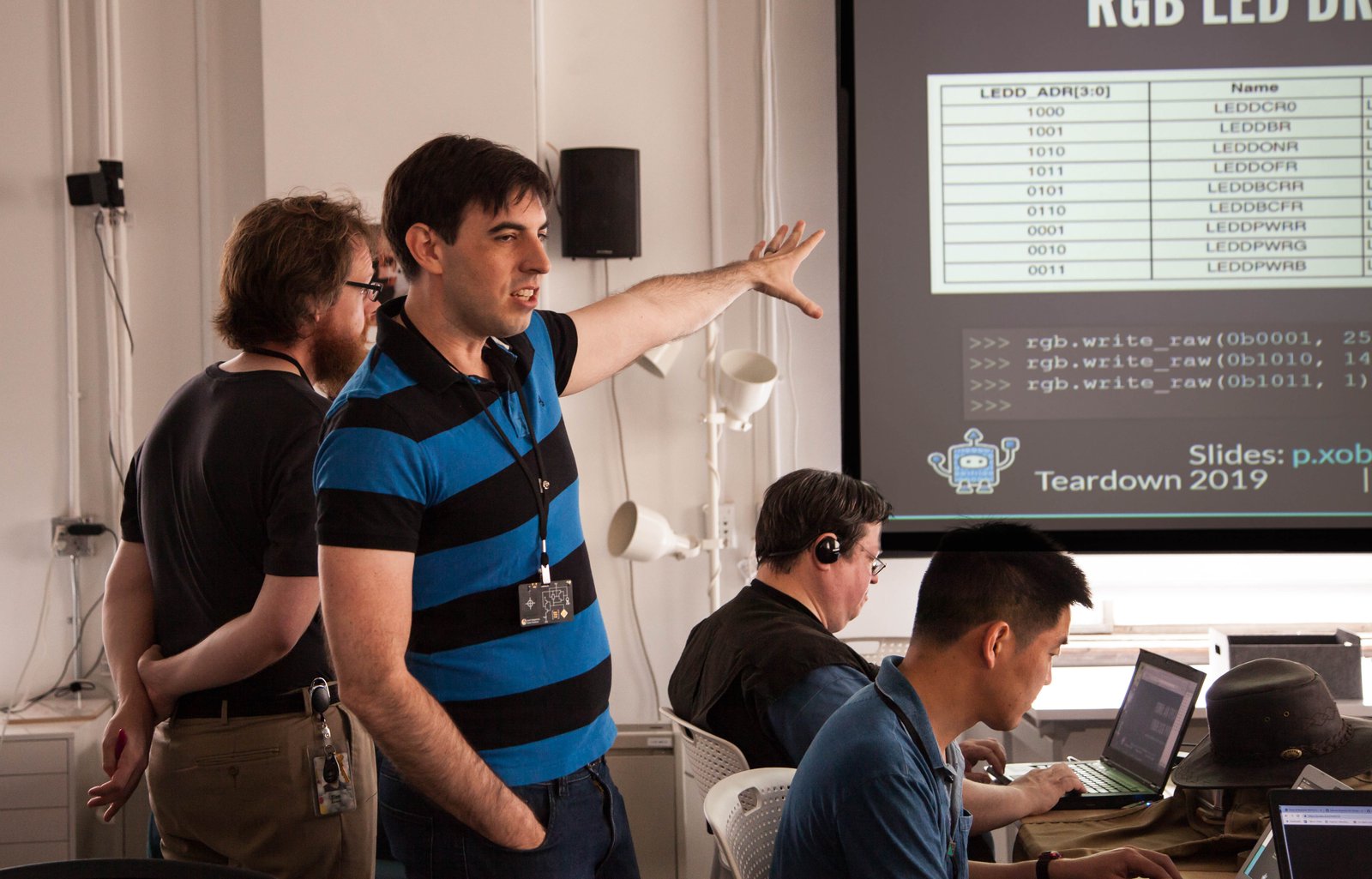 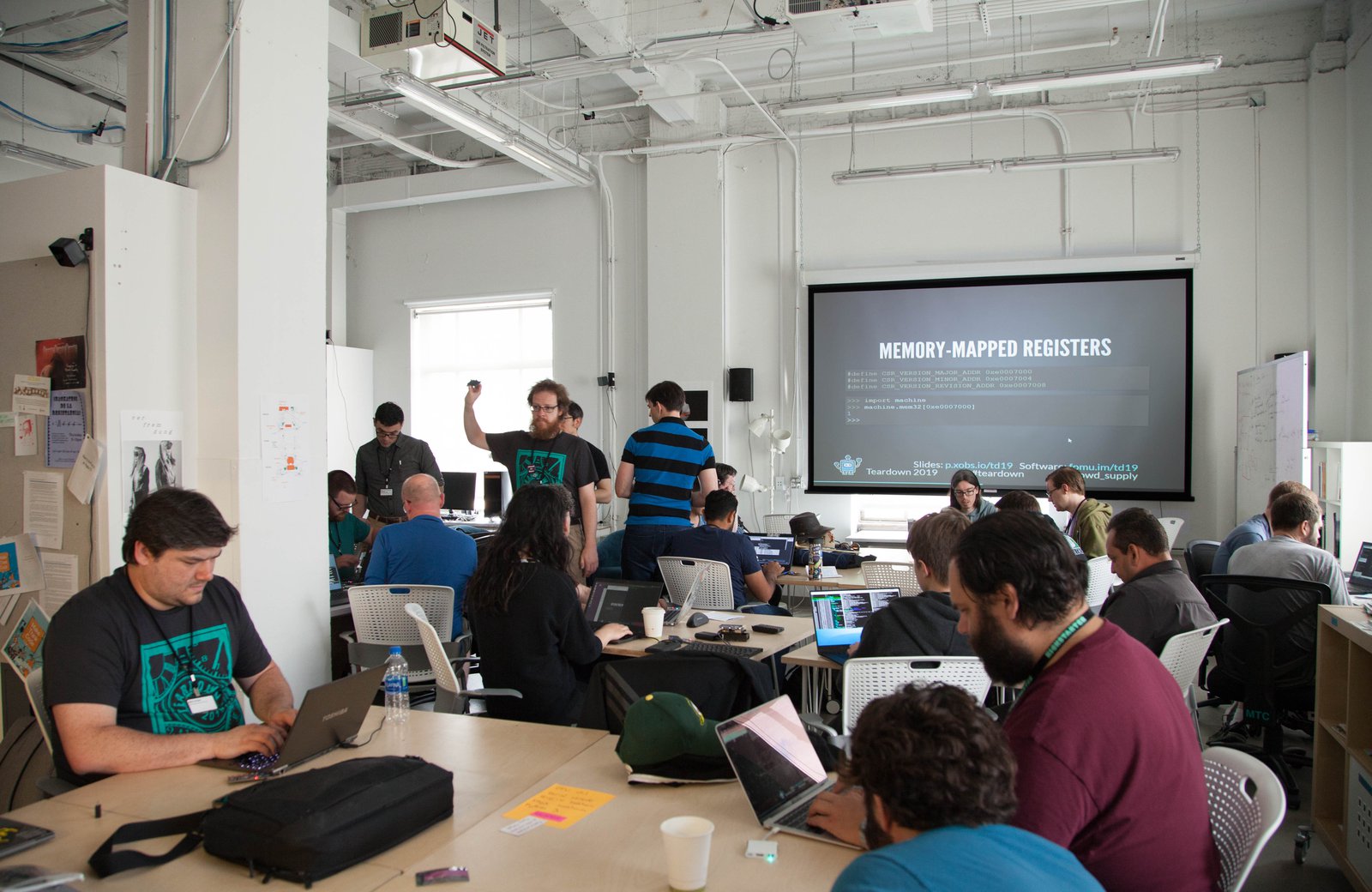 Separately, I’ve been getting messages from our factory regarding scrap issues with the PCBs. Our PCB vendor does a full electrical test for every PCB they produce. This ensures that the board works and has no shorts or open connections, and generally means fewer problems down the road. It’s a service they provide, and they won’t deliver boards to us unless it passes electrical verification.

Unfortunately, due to the small size of the Fomu PCB, they are having some trouble producing a reliable PCB for Fomu. As a result, they have scrapped many of the boards before even doing production. This turns into a delay of a few weeks. So far they have had to scrap about 60% of the raw PCBs from two batches, resulting in over a month of delay. Fortunately we have just about enough now to fulfill the backer orders, and we’re doing more runs now to get Fomus for those of you who pre-ordered.

Fortunately, this is caught very early in the process, before bare circuit boards are delivered to the factory. As a result, they’re scrapping blank boards and not fully-populated Fomus.

Another benefit to the delay is that we found some issues with certain USB3 ports. Some people couldn’t use Foboot v1.7.2, which is the version we have loaded on the test jig. About 40% of computers tested across a wide variety of platforms would fail when writing a block of data in Foboot. It may be a speed issue, or it might be a buffering issue, but whatever the reason v1.7.2 simply didn’t work. We were able to fix that with Foboot v1.8.1, so we’re taking advantage of the delay in production to update the test jig to load Foboot v1.8.1 onto all the units.

We’re going to finish up the testing, mail them off to Crowd Supply, and get them to you as soon as we can. Thank you for your support!