Thank You and More

Right off the bat, I’d like to thank everyone who’s signed up so far and for the amazing feedback I’ve received over the past week. We’re well on our way to reaching the funding goal and beyond! I’m hard at work getting supply channels set up, so you’ll be getting your µduinos as soon as possible after the campaign finishes! We’ve also added some high-volume pledge levels (and a super high volume level). I’ve heard from a lot of you and wanted to update everyone on where we are and where we’re going from here.

Current State of the µduino 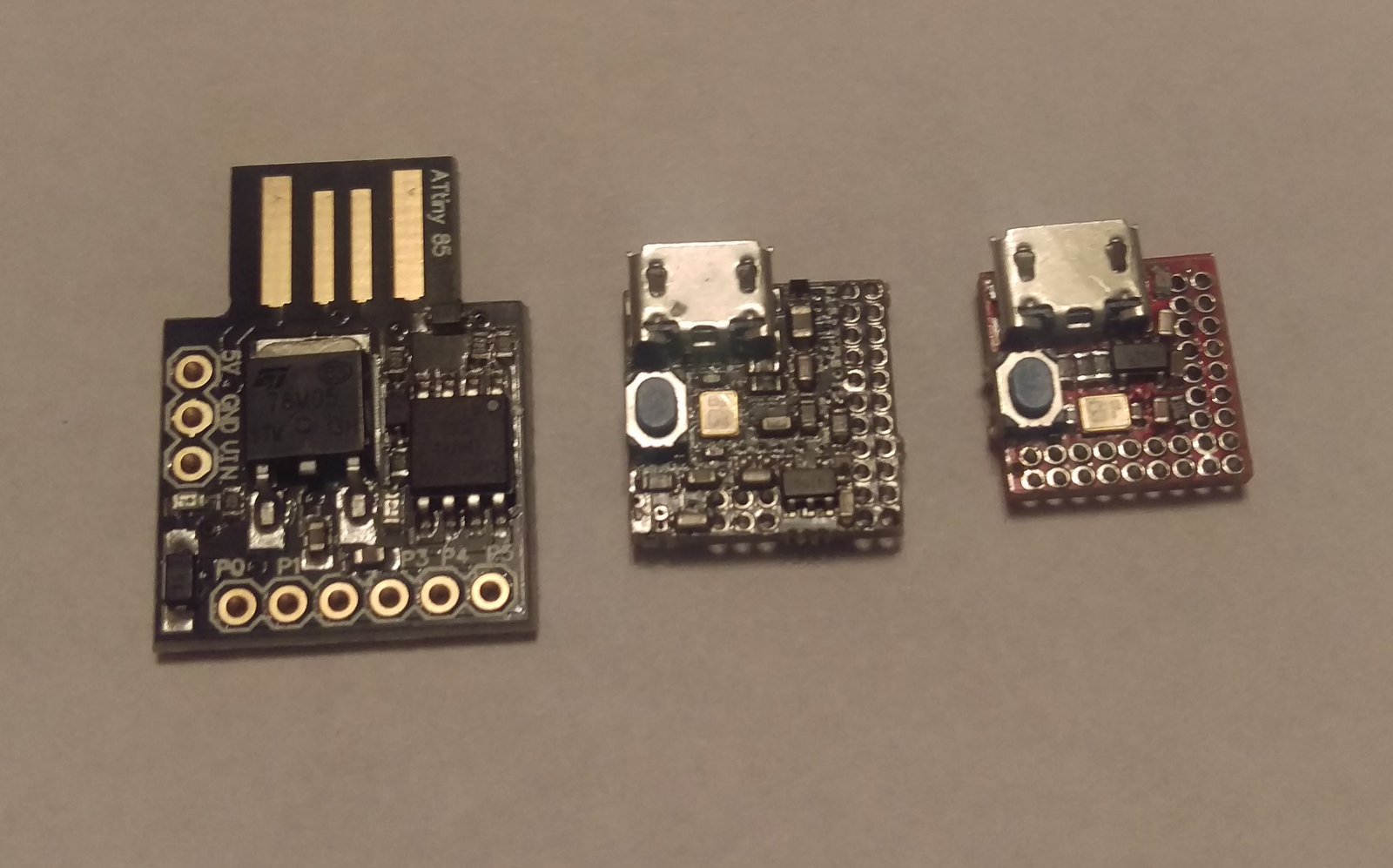 Shortly before the launch last week, I finished building the current prototype boards. Due to the board manufacturer having a bad batch (working on it for next order) they came in slightly larger than 12mm. Aside from that, the boards function perfectly, and we’ll get things straightened away with the manufacturer for the final version. 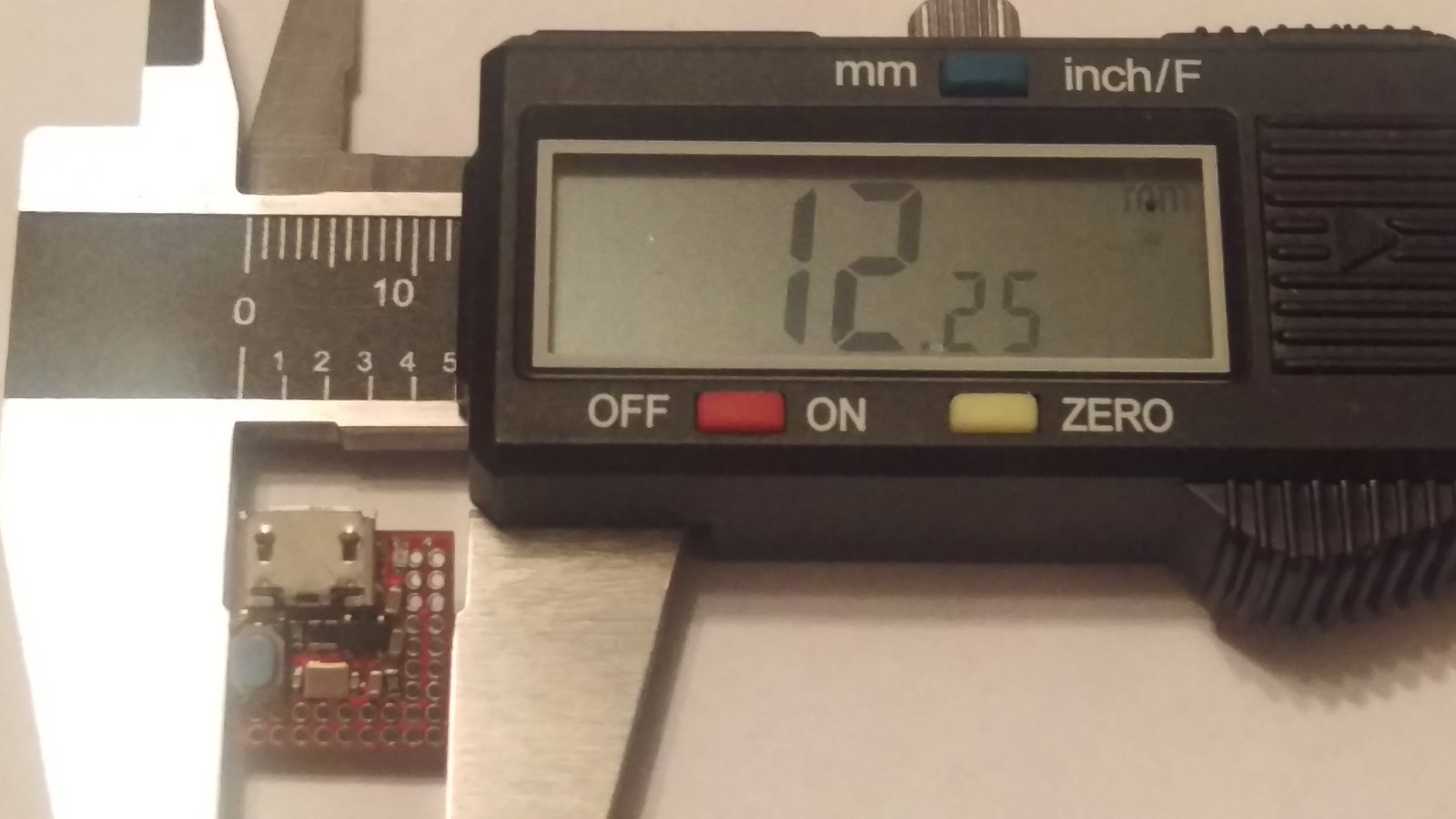 I received a number of suggestions for altering the µduino and have been hard at work testing the design to incorporate some small alterations. Development is well on track to be finished in the next few days. The most common suggestion I received was to enable the µduino to run at lower voltages (3.3V) due to the prohibitive size of 5V batteries. To save from having one version for 3.3V and one for 5V, I decided it would be nicer to combine them into one! In the new design, there will be a jumper which can be switched between 3.3V and 5V operation. The ATMEGA32U4 runs at both voltage levels, but drops from 16MHz to 8MHz with the voltage drop (so keep this in mind when running in 3.3V mode). This added feature won’t impact the price at all, so no need to worry! 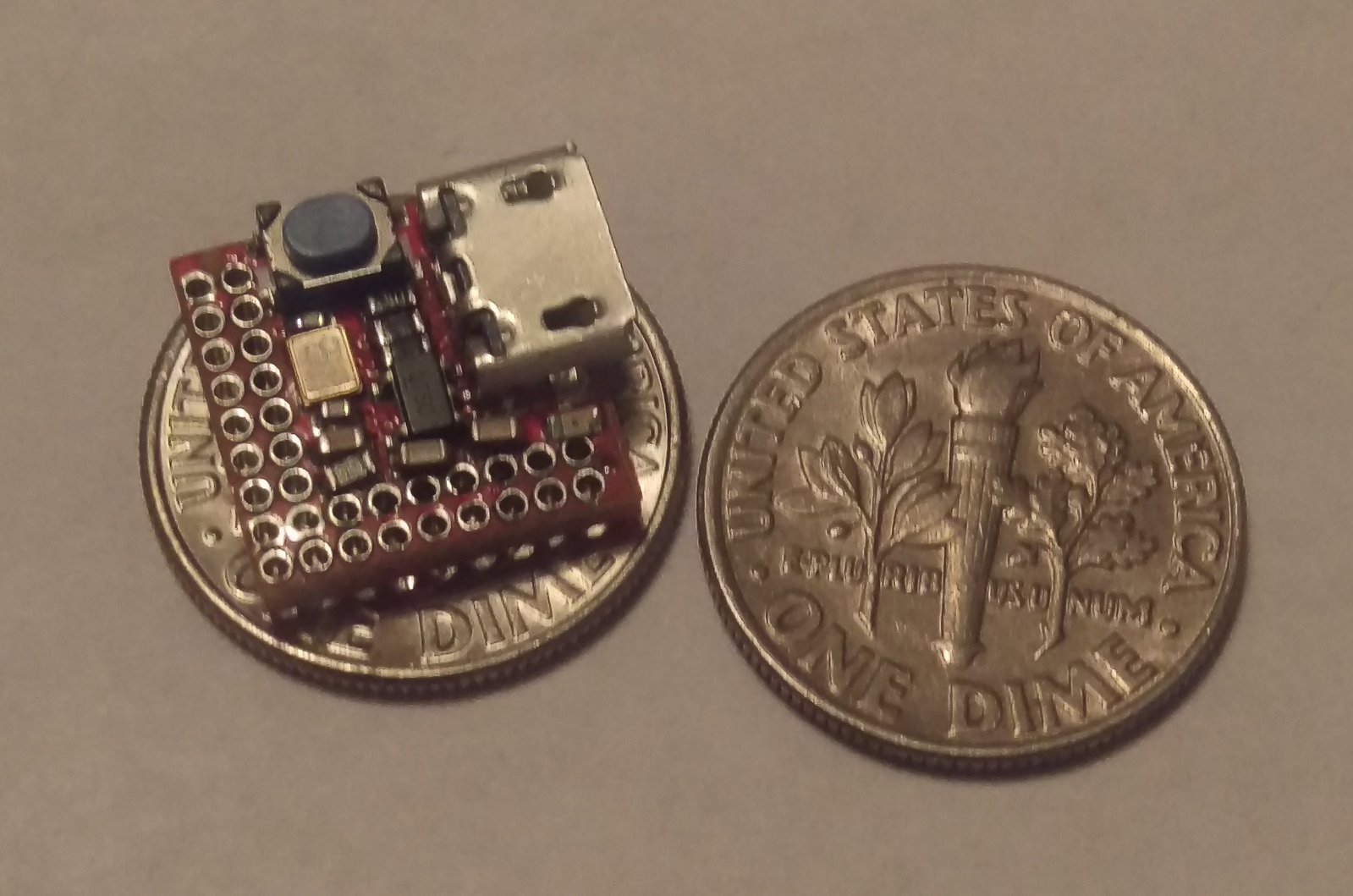 Current prototype fits within a dime!

Once again, thank you for all those who’ve pledged your support so far in helping make the µduino a reality! More updates to follow, so stay tuned!