Hey everyone! It has been a very exciting few days! On the first day you managed to fully fund the campaign in only seven hours! And on day five we passed 200%! You all ROCK! :D

We did not expect that, and we are super happy to see that you are as excited about the iCEBreaker as we are!

We’re looking forward to ordering parts and assembling boards, so we can get the iCEBreakers shipped out to all of you. But for now, we still have another 19 days to go. Make sure to let all your friends know about the campaign so we can spread the love for digital design to as many people as possible. I think we can all agree that an FPGA is a good tool to have in one’s toolbox.

Currently, Piotr is in Europe, to celebrate Christmas with his family and then attend the 35th annual Chaos Communication Congress (35C3) in Leipzig Germany. If you are also attending 35C3, be sure to say hello. He will be wearing a 1BitSquared hoodie or T-Shirt. He is planning to hang out mostly at the #openfpga and Sigrok assemblies.

Thanks to the amazing 3D modelling and printing skills of Bob Miller, Piotr will be bringing a 3 x 2 LED panel display with him. It’s really bright and colorful! 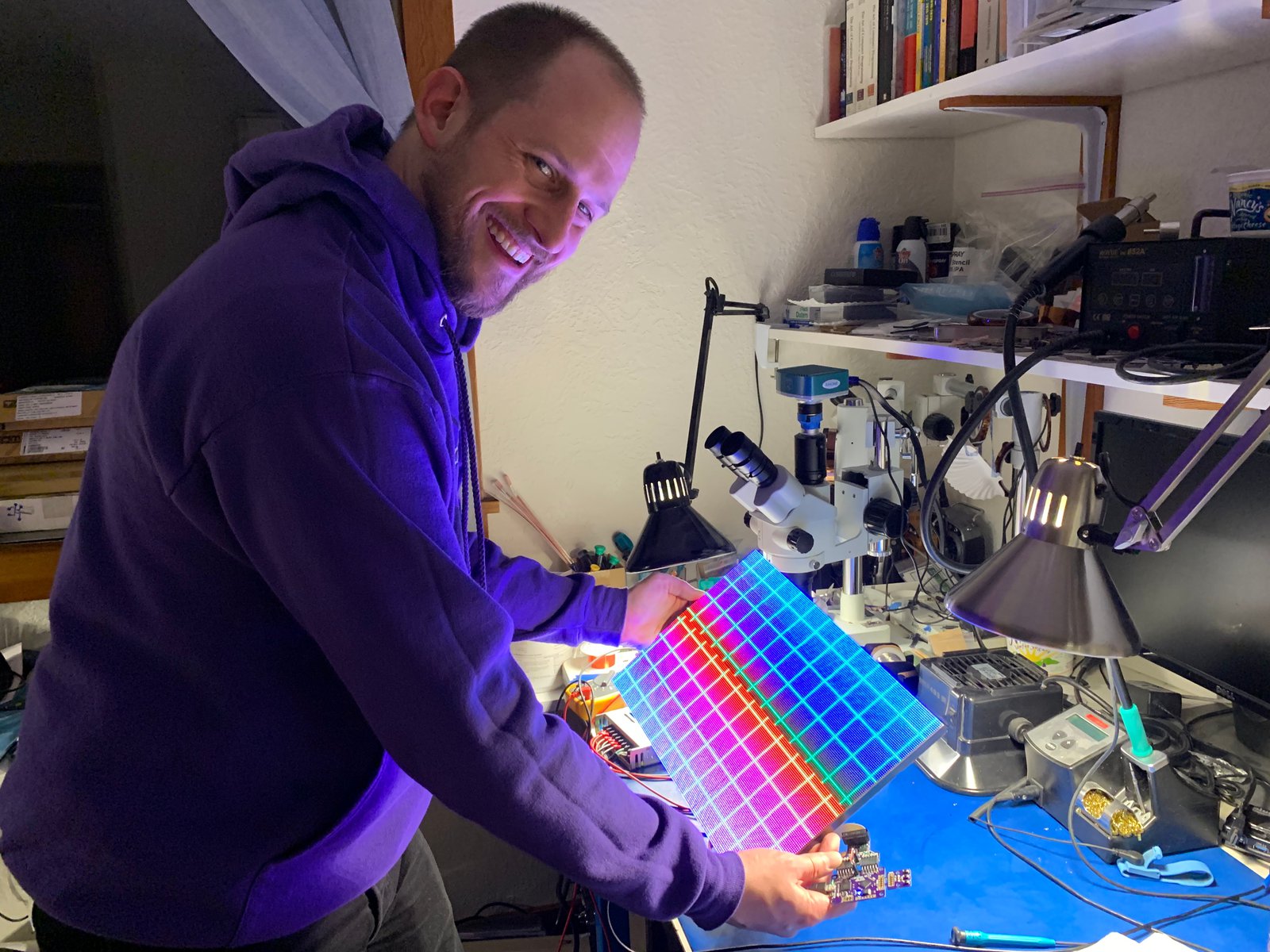 Because we sent some early boards to a few people like Bob Miller, Sylvain Munaut, and Micah Elizabeth Scott, we will have some colorful demos playing on the high-density displays! :D

If you are following Piotr on Twitter, you probably saw he was assembling some pre-production iCEBreakers just before leaving on his trip to Europe. Those iCEBreakers were generously sponsored by Symbiotic EDA for this year’s #openfpga assembly workshops. We do not know the exact schedule at 35C3 or if it will cost anything to attend, but we will be sure to let you know as soon as we find out.

Some of you following iCEBreaker closely probably know we’ve already made V1.0c of the iCEBreaker. The boards that you see on the campaign page are still V1.0b. The new version of the hardware has some cool improvements over the predecessor: 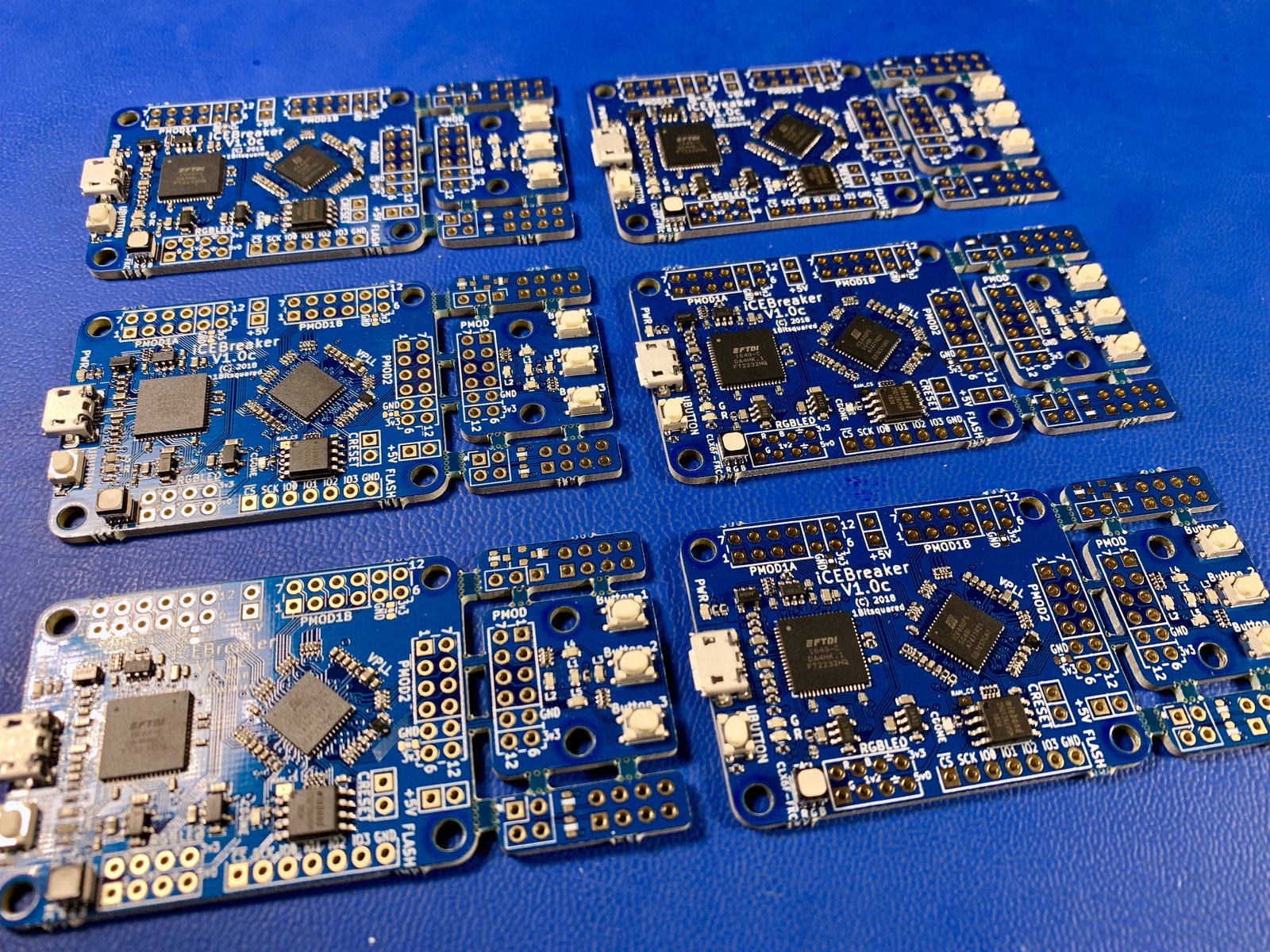 The ears and the RGB LED footprint are not populated, but we chose large 0603 footprints so they will be very easy for anyone to populate.

That’s it for now

That is all for this week! We can’t say thank you enough! We are really excited to see so much enthusiasm for open source FPGAs! We can’t wait to get the hardware out to all of you!