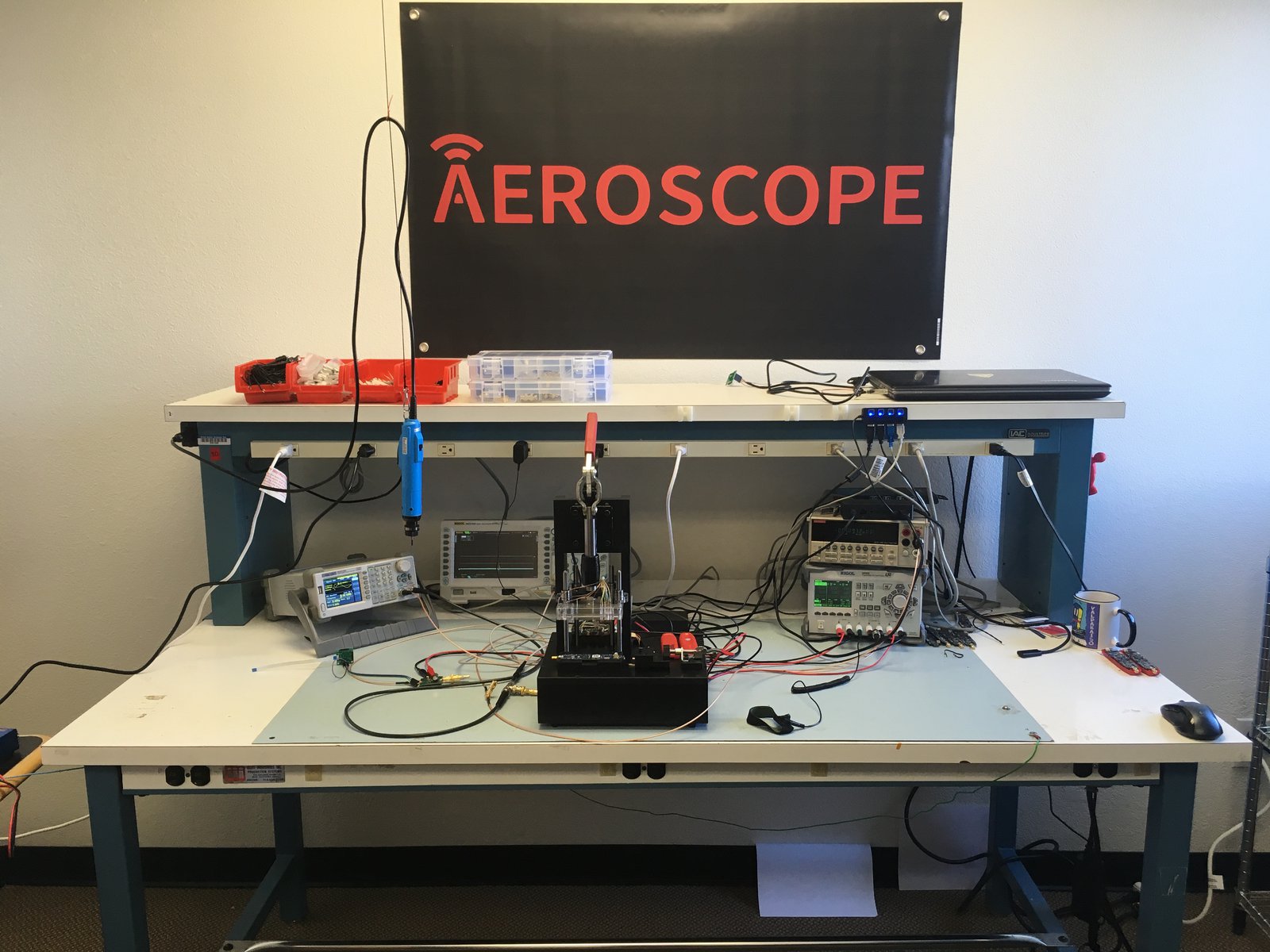 In the image above you can see our main production bench. Featured prominently in the middle of the photo is our test jig. We use this jig to program Aeroscope’s programmable chips (MCU and FPGA), and verify that the boards are meeting our specs. This jig is a "bed of nails" style fixture. It has spring loaded "pogo" pins that are pressed down onto test points on Aeroscope’s printed circuit board (PCB). These pins connect to wires that interface with the external test equipment and programmers. Shown below are a few pictures of the jig to give you an idea of how it all fits together. 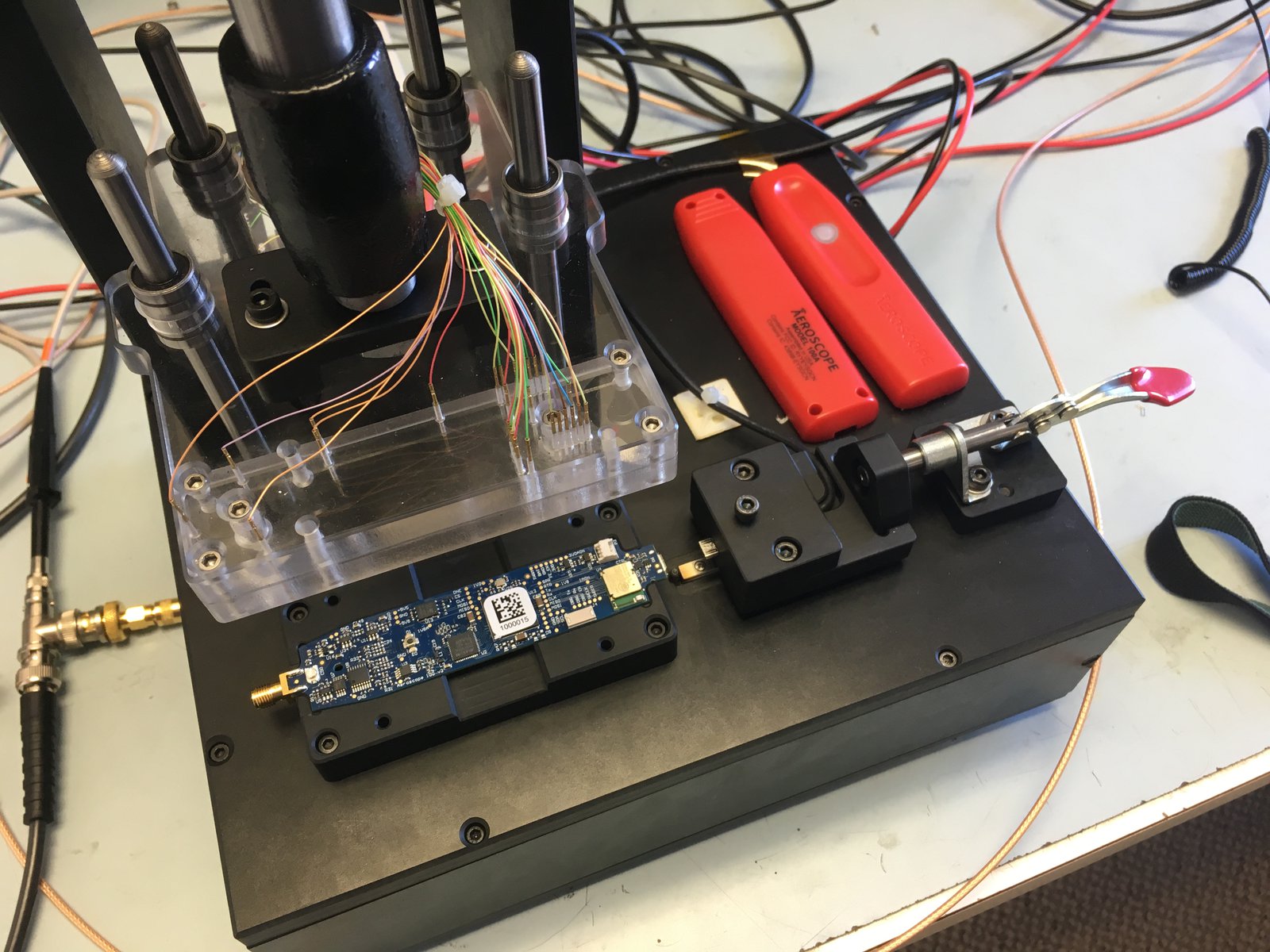 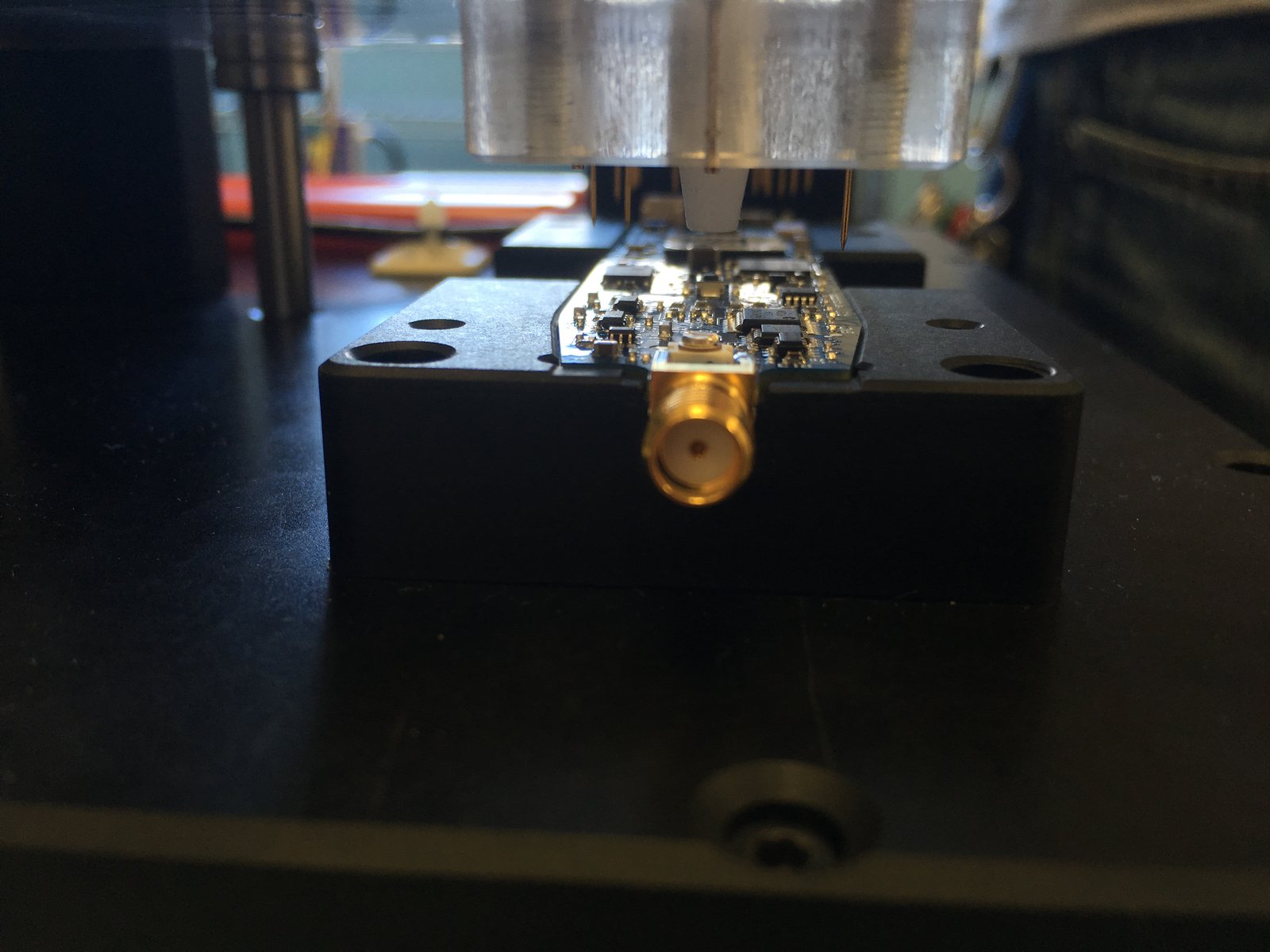 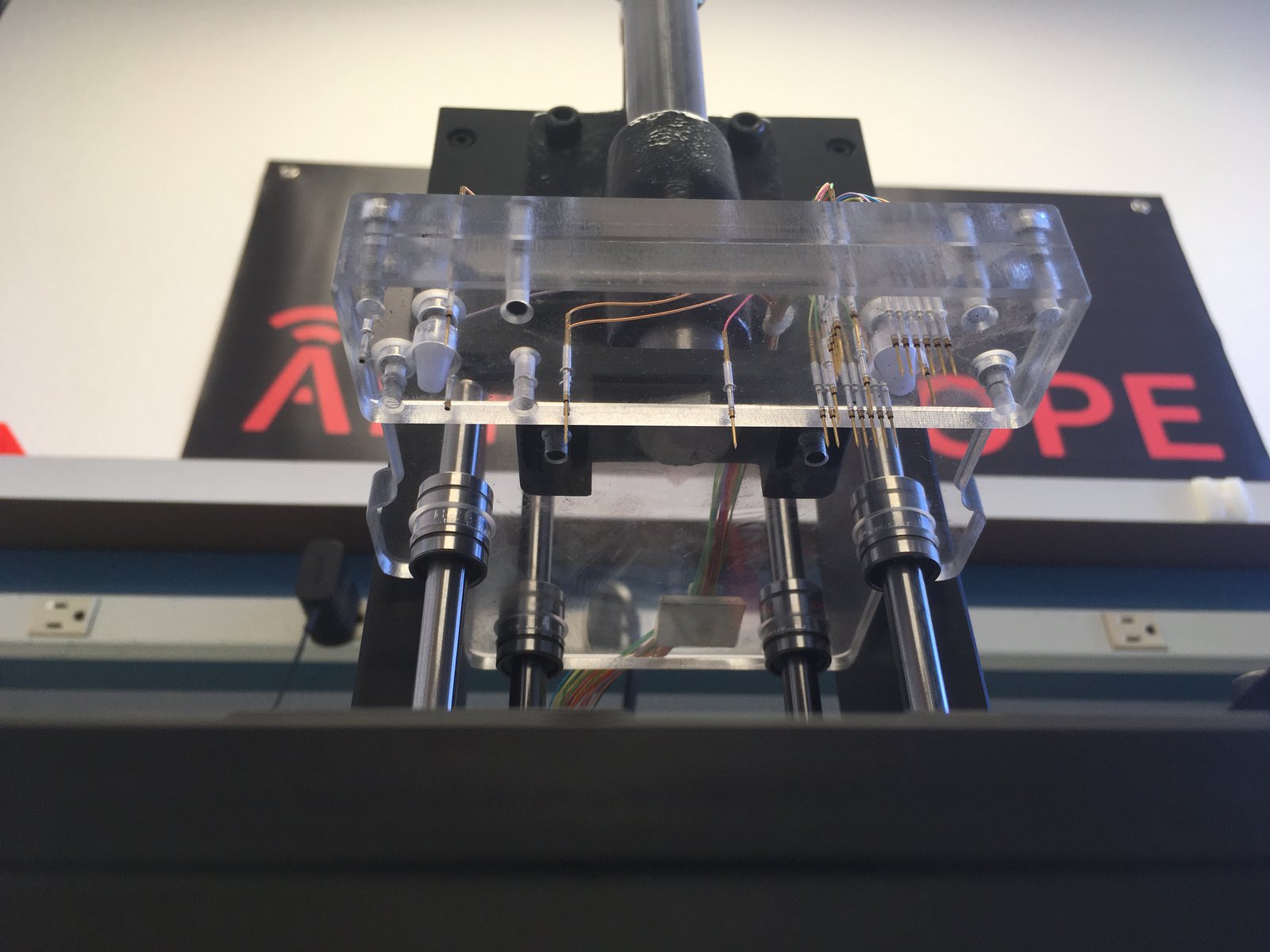 Besides programming the chips, we use this jig to verify some key specs for each Aeroscope before shipping them out. We test each analog channel’s DC accuracy and analog bandwidth, the offset DACs functionality, the battery charger, etc. You’ll also notice that the board shown in the jig has a 2D barcode sticker on it. We record the measured data from every unit and can use this to track variability in performance from batch to batch. 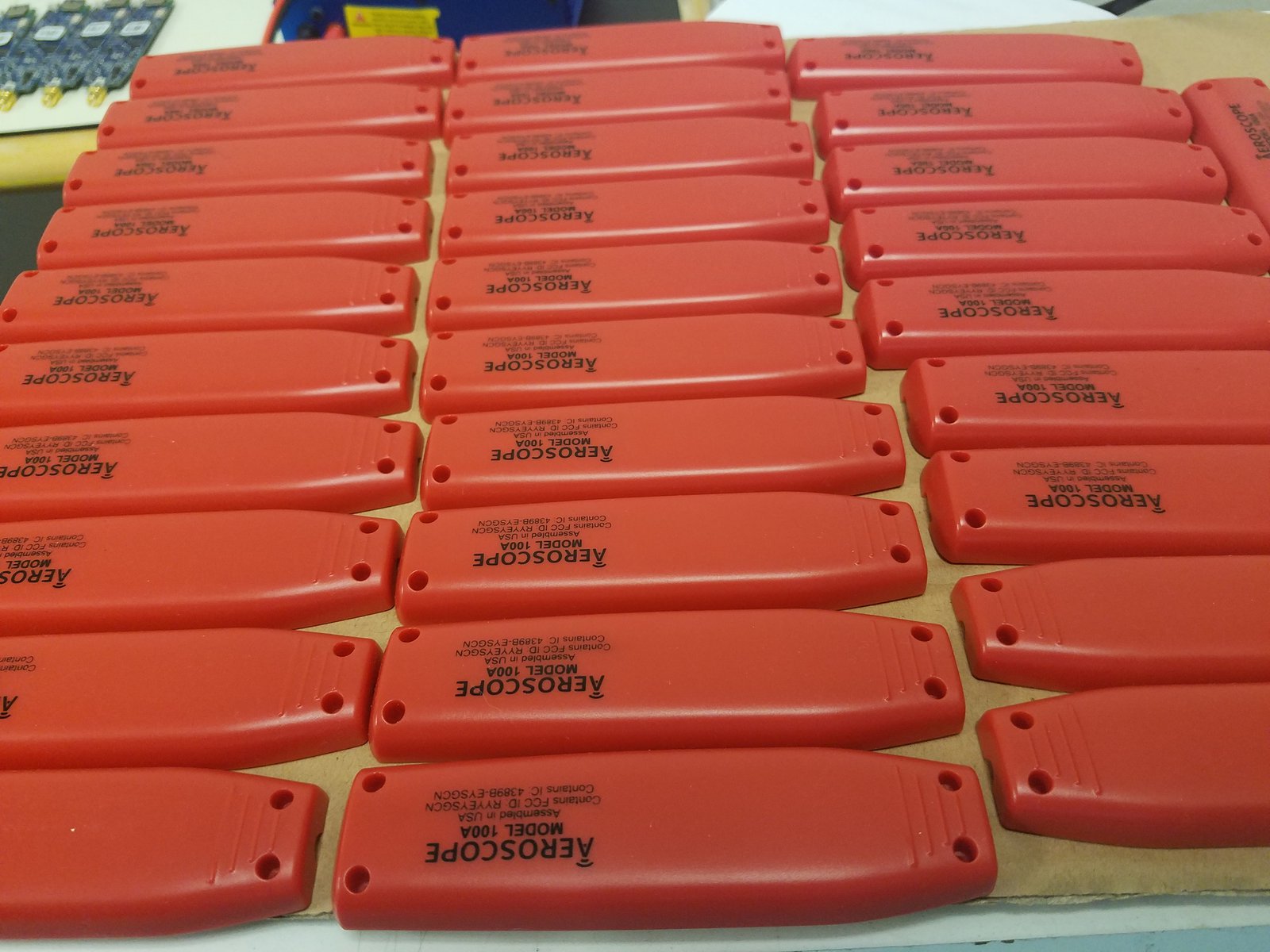 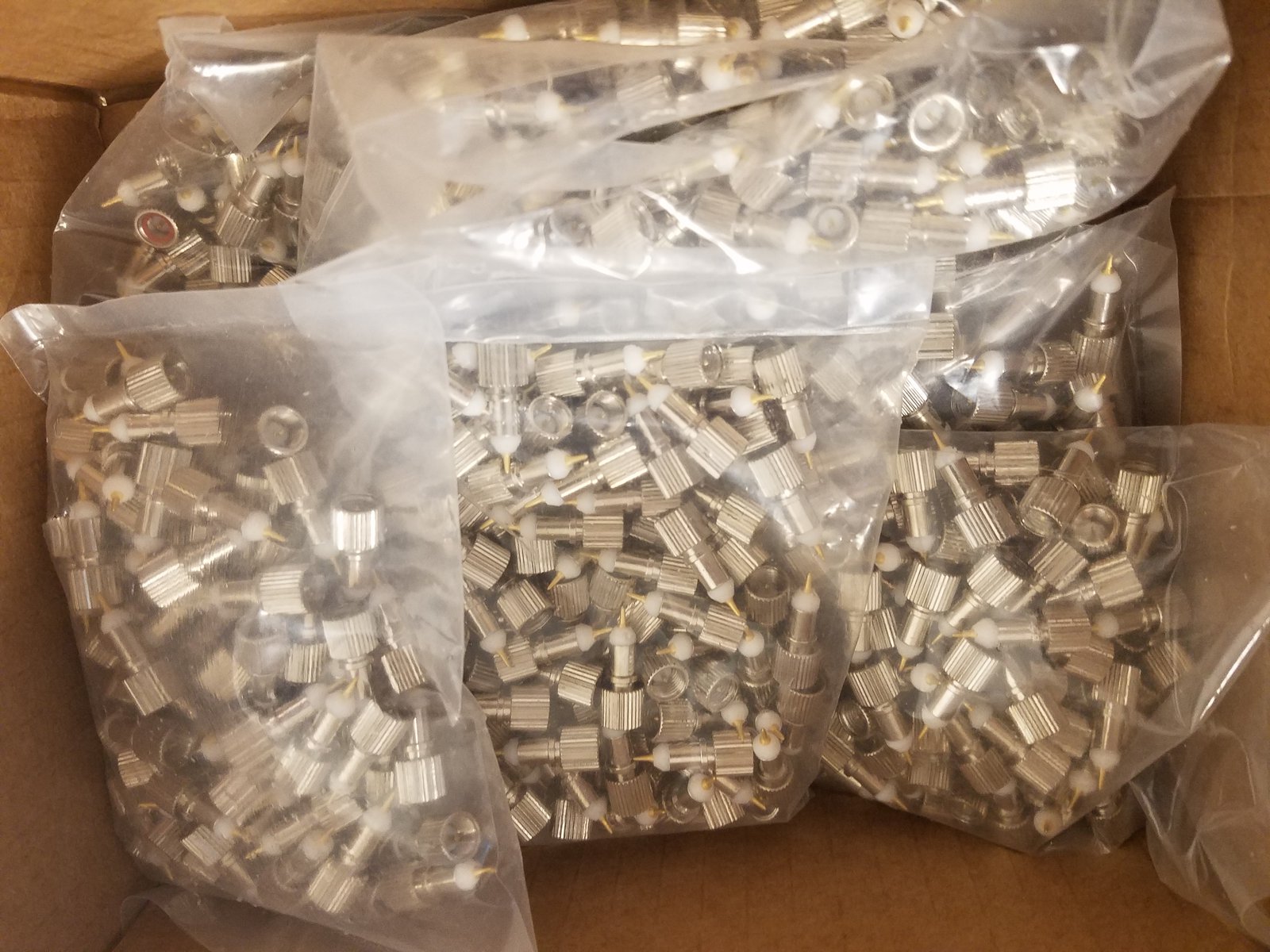 The production of this first batch is going well, we have tested all of the PCBs and will begin assembling the finished units shortly. Thank you so much for supporting Aeroscope!