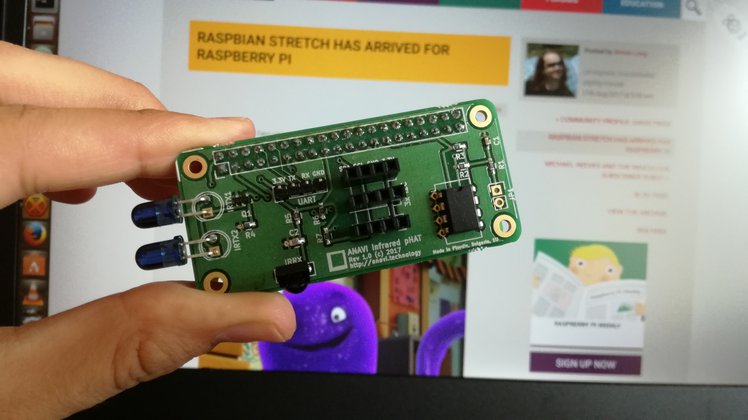 Thank you for supporting the open source project ANAVI Infrared pHAT! Thanks to your generous contributions the crowdfunding campaign raised more than 2000 USD in less than two weeks. In the meantime, ANAVI Infrared pHAT user’s manual was updated and now works with the latest release of Raspbian.

A month ago Raspberry Pi Foundation announced the new major release of Raspbian called Stretch. Raspbian is based on Debian so it follows its two-year release cycle. Debian releases are named after characters from Disney Pixar’s Toy Story trilogy and Stretch is a purple octopus.

Now ANAVI Infrared pHAT is fully compatible with Raspbian Stretch. The user’s manual was completed updated to support the version of LIRC in Stretch. Please have a look at the exact steps for scanning a remote control, sending infrared signals and using I2C sensors. The user’s manual is available as a README at GitHub and as a PDF at our website. 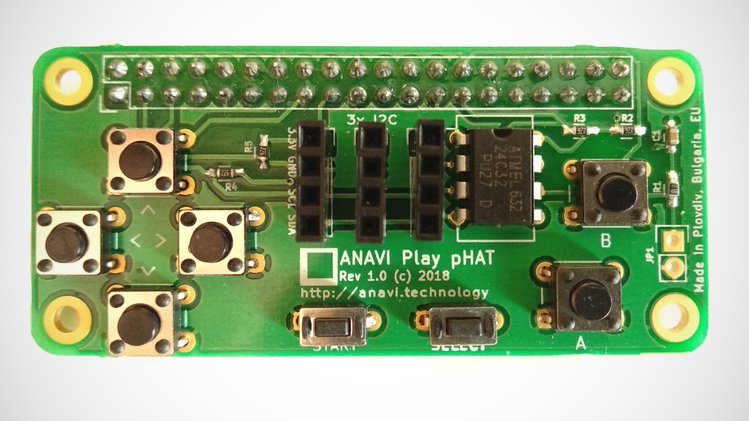