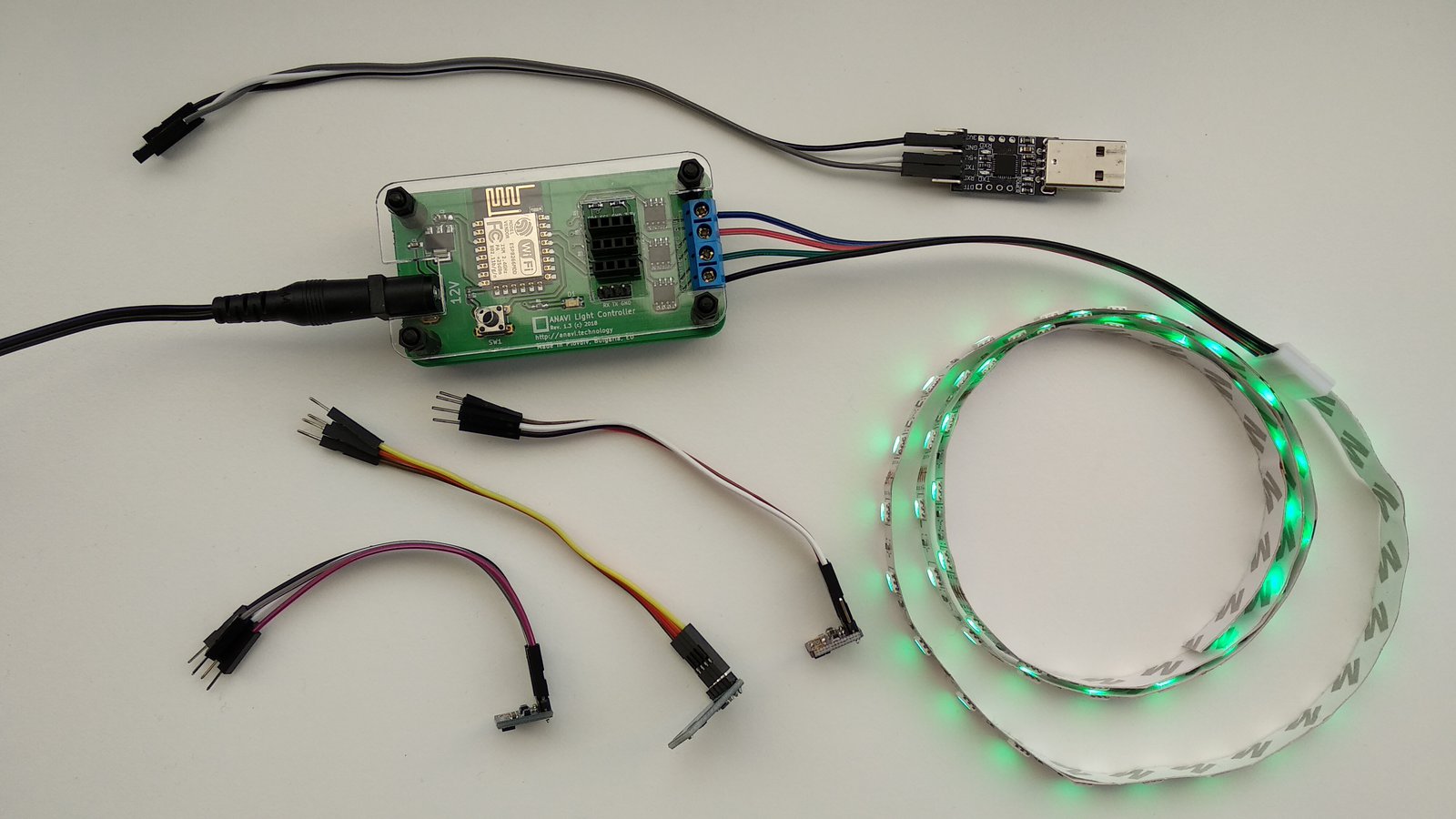 I’ve sent a prototype of ANAVI Light Controller to my friend Phil Coval, also known as RzR, and in no time he connected it to his Mozilla IoT Gateway. Phil shared a video of his awesome demo so we can all see it in action:

For more than a year Mozilla has been working on a Web of Things framework of software and services that can bridge the communication gap between connected devices. Phil built his own Web of Things gateway powered by Raspberry Pi and Mozilla’s software. With a few clicks on the web browser of his Android phone he added ANAVI Light Controller as a dimmable color lamp to his Mozilla IoT Gateway. After that he easily changed the brightness and the colors from the user friendly web interface.

If you are still not impressed, there is more! At the second part of the video Phil showed us another demo. He made a web application for the mobile operating system Tizen that turns on and off the LED strip through ANAVI Light Contoller.

More details about Phil’s efforts with Mozilla IoT Gateway are available at the blog of Samsung Open Source Group. Last but not least, I have to say: Phil, thank you for the cool demonstrations!

If you want to achieve the same support our crowdfunding campaign and order ANAVI Light Controller now.