The wire-free electronic prototyping board

Perf+ is a jumper wire free electronic prototyping board designed for electronics enthusiasts to make electronic prototyping hassle free, easier and faster. Perf+ has the advantage of not requiring any jumper cables over traditional prototyping methods such as stripboards and veroboards. Perf+ is a double sided circuit board with perpendicular traces on each side. The unique design allows any two holes to be connected together with an easy solder bridge.

This project is a new and improved version of my previous crowdfunding campaign, which had 614 backers and delivered over 3,500 boards on time despite going over 1,000% of my original goal. It was a Kickstarter staff pick and was featured by Hackaday.

Several changes have been made to Perf+ 2: 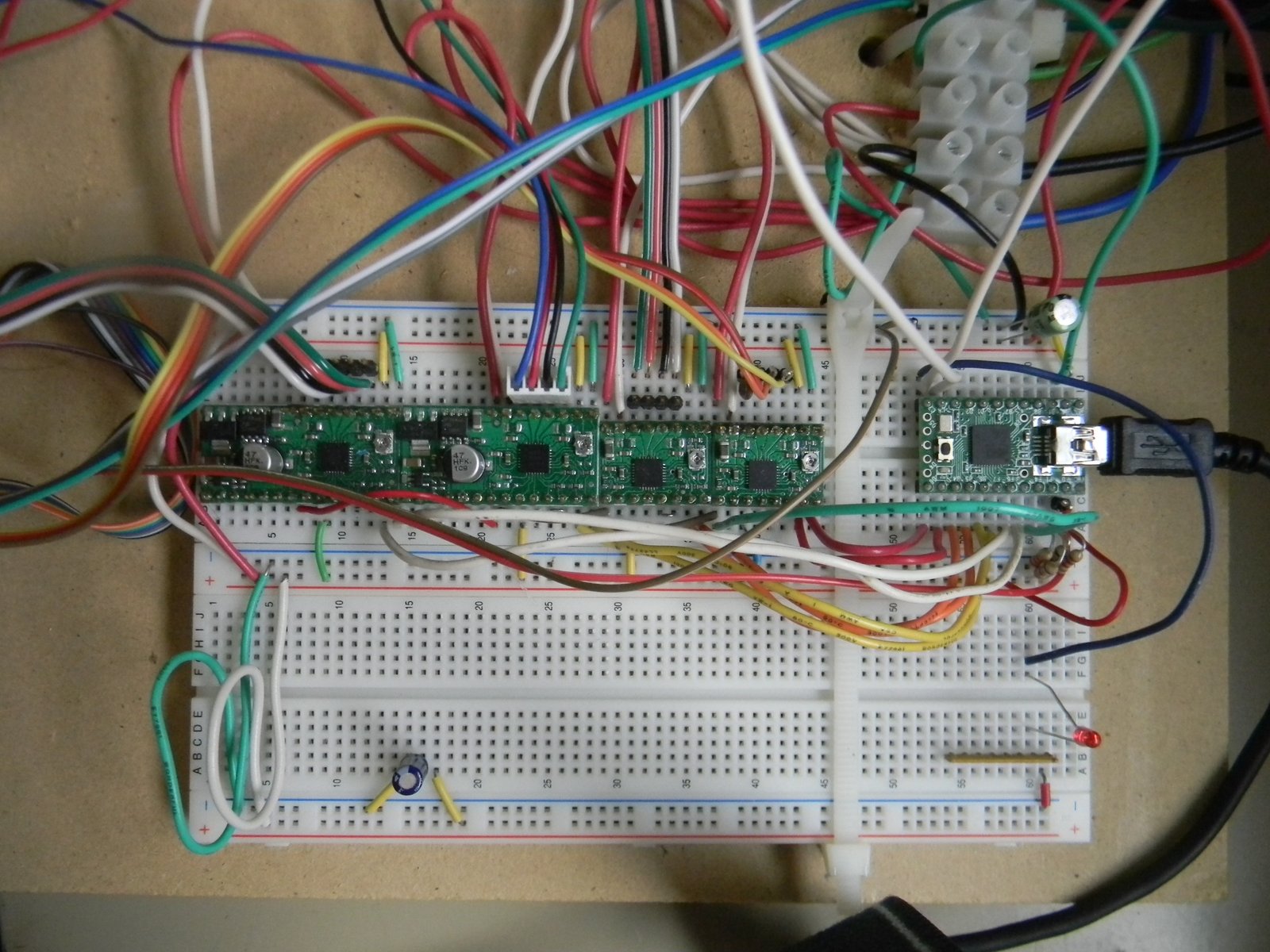 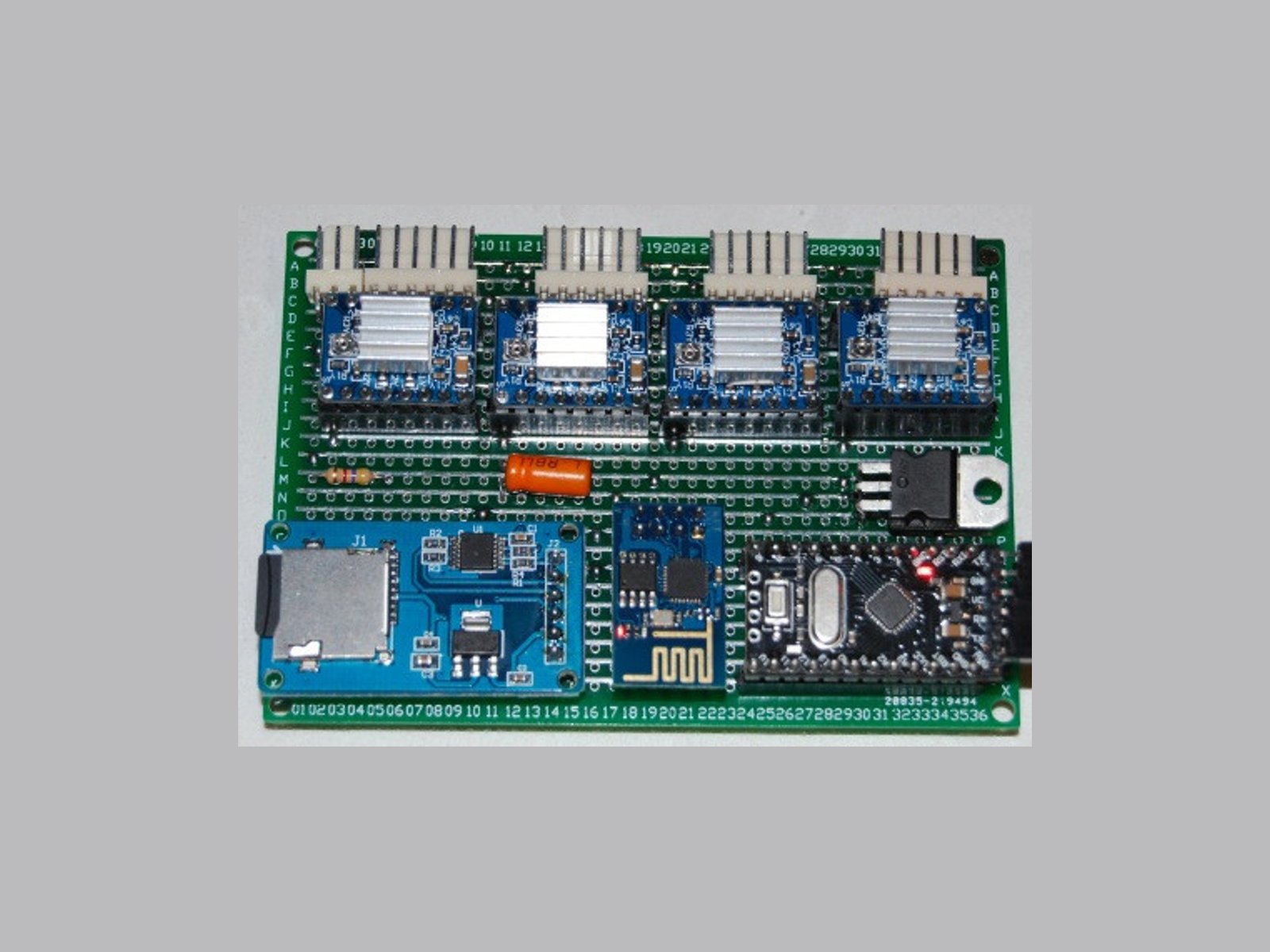 Perf+ uses a unique combination of perpendicular traces on opposing sides of the board which are isolated from the pads/holes. If an electrical connection is required, a solder bridge can be easily created from the pad/hole to the trace. Because of this, any pad/hole can be routed to any other with four solder bridges and zero wires. There is no need to keep track of wires or to create large wasteful connections out of solder. To disconnect two parts of a single trace, a cut can be made with a razor blade to separate them.

How do you use Perf+?

Perf+ can be used in a variety of different ways, it can port designs from breadboards, veroboards and stripboards or it could be used to create compact, original designs. A design on Perf+ has higher vibration resistance, looks neater, is faster to build and is more intuitive compared to traditional electronic prototyping boards.

The above is a simple routing example, the yellow dots represent the points to connect and the red is solder on each side to the points they are connecting. 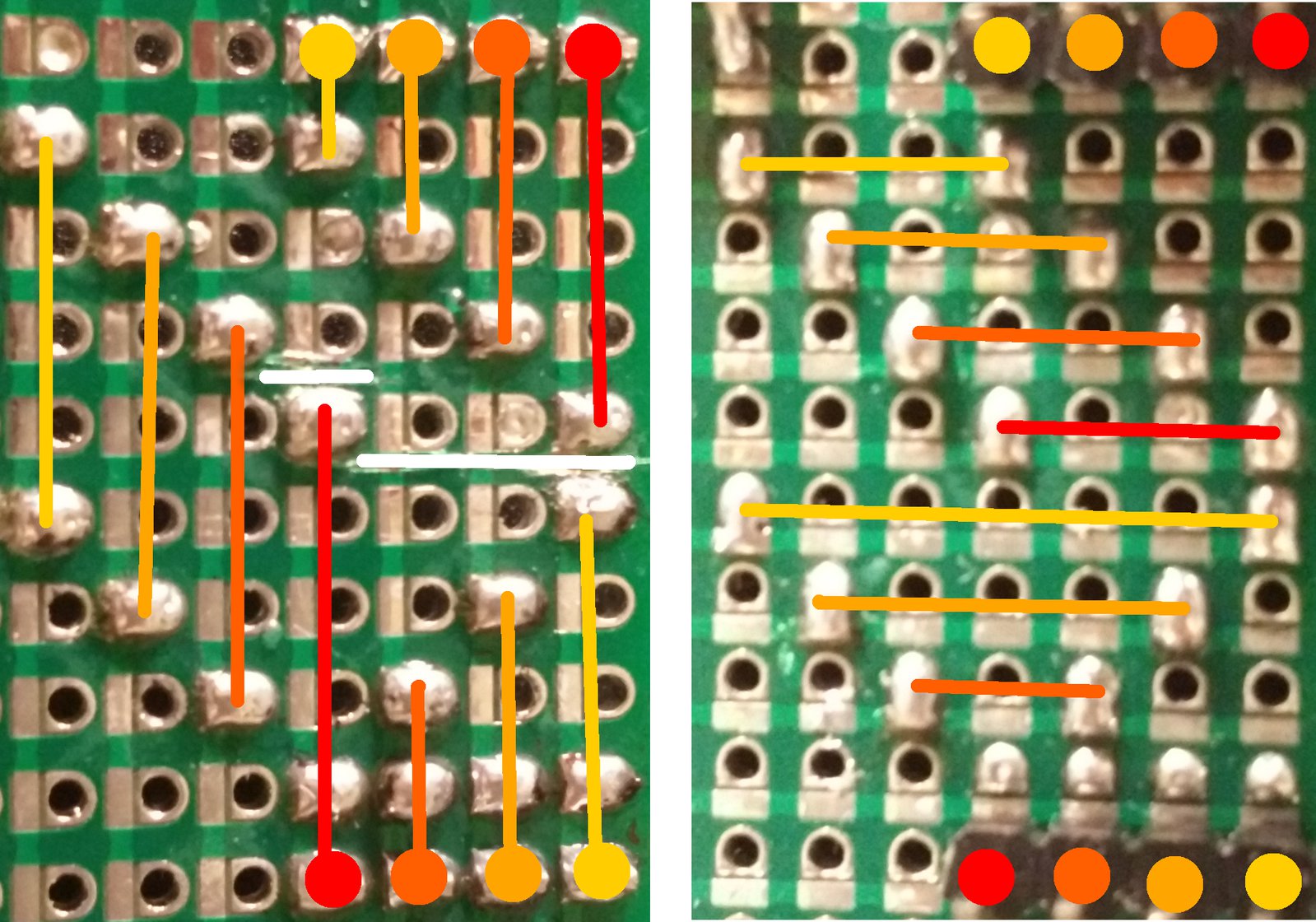 Red to yellow are signals, white is cut.

The above is an example of complex routing on Perf+. In the circuit, the points of the same color are connected and their routing is shown by the lines. Horizontal signals travel on one side (right), and vertical on the other (left).

When a signal needs to move perpendicular to its current direction, a solder bridge is made on both sides of the board on the same hole, which allows a horizontal signal to move vertically and vice versa.

If a trace needs to be separated in two, it can be cut with a razor blade, shown in white in the pictures above. 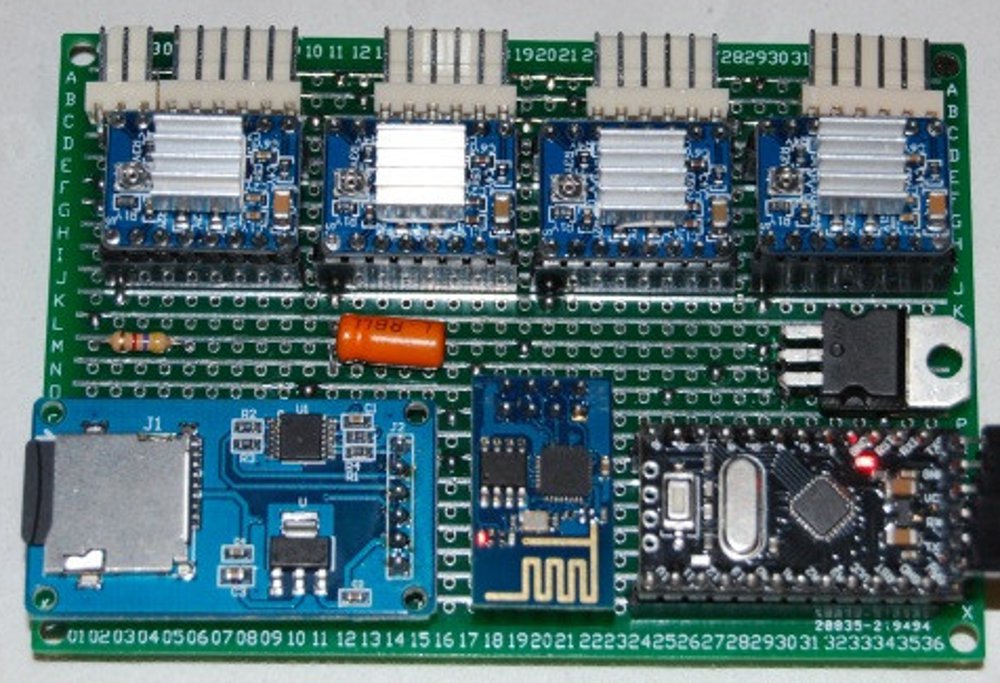 Example of circuit laid out on Perf+, with 136 pin connections, 314 discrete solder points, 75 trace cuts. All without a single jumper wire! 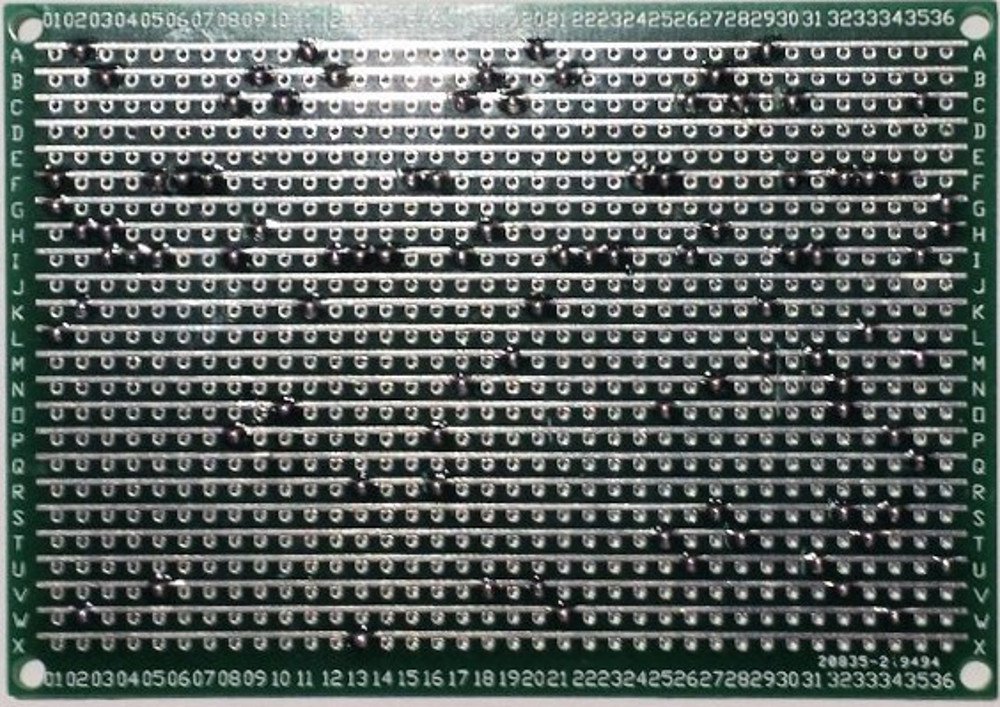 Unpopulated Perf+ board of the above design.

Perf+ is compatible with most standard through hole packages as well as most surface mount packages with minimal modification. 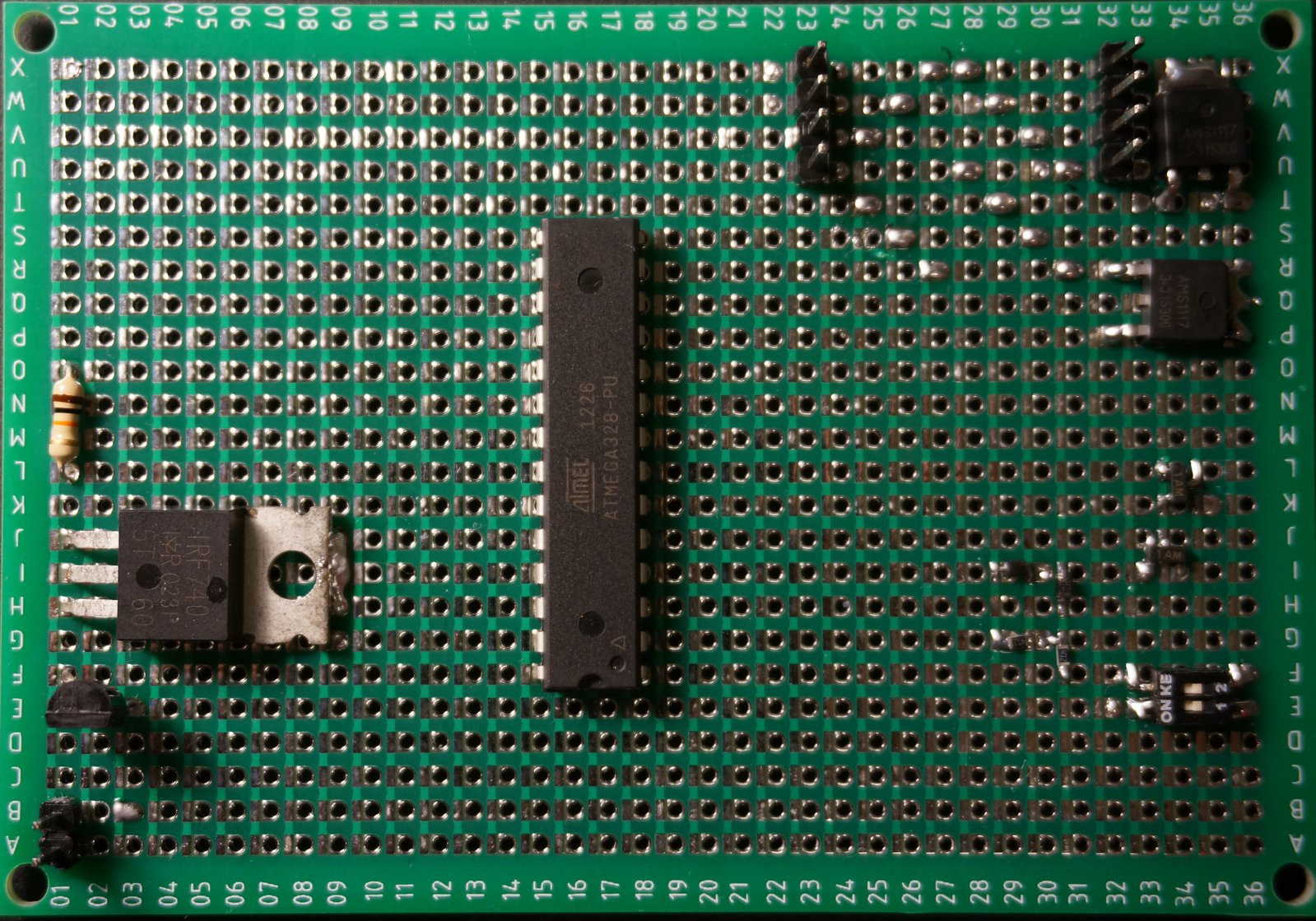 Perf+ has a fan-created open source software package, Perfy, which allows for the layout and visualization of Perf+ designs. Via intuitive actions on the user interface, you can map out your design and easily translate it onto a physical board. Perfy is a Windows application and requires the .NET framework to be installed. 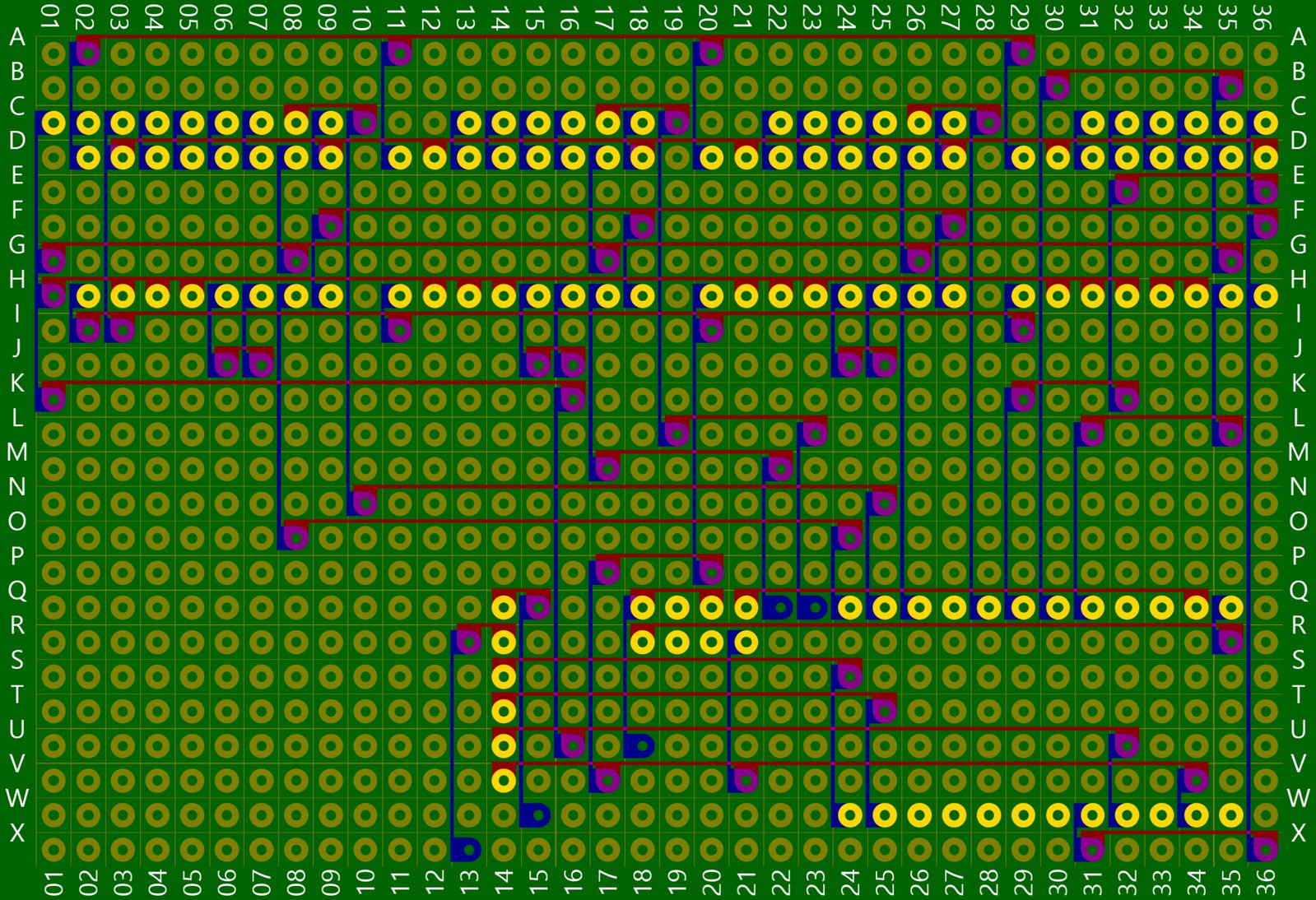 Perfy allows for easy layout of complex circuits, such as this 3D printer controller board, whether designing or creating. It is easy to create designs with hundreds of connections, dozens of parts and hundreds of cuts without having to manually keep track of everything.

Perfy was created by Myndale, an early backer of my original project.

As the prototype is identical to the ones to be produced, the risk of a failed production run is minimal. I have worked with manufacturers to produce large volumes (5,000pc) of hardware electronic devices before with on time delivery. Therefore the risk of production issues will be extremely low.

The boards will be sent in padded envelopes via China Post small packet. This is the most cost efficient way of distributing them. However, it is possible for some packets to not arrive to its destination. If there is a lost or damaged packet, I will be happy to resend them.

"Very, very flexible, I love these things... well worth having"

"The Perf+ did allow me to construct a prototype without using a single jumper wire. ... No wires means a smaller, cleaner looking board." "

"Many of us enjoyed playing with electronics as kids, but not many of us successfully commercialised three products before we left high school!" 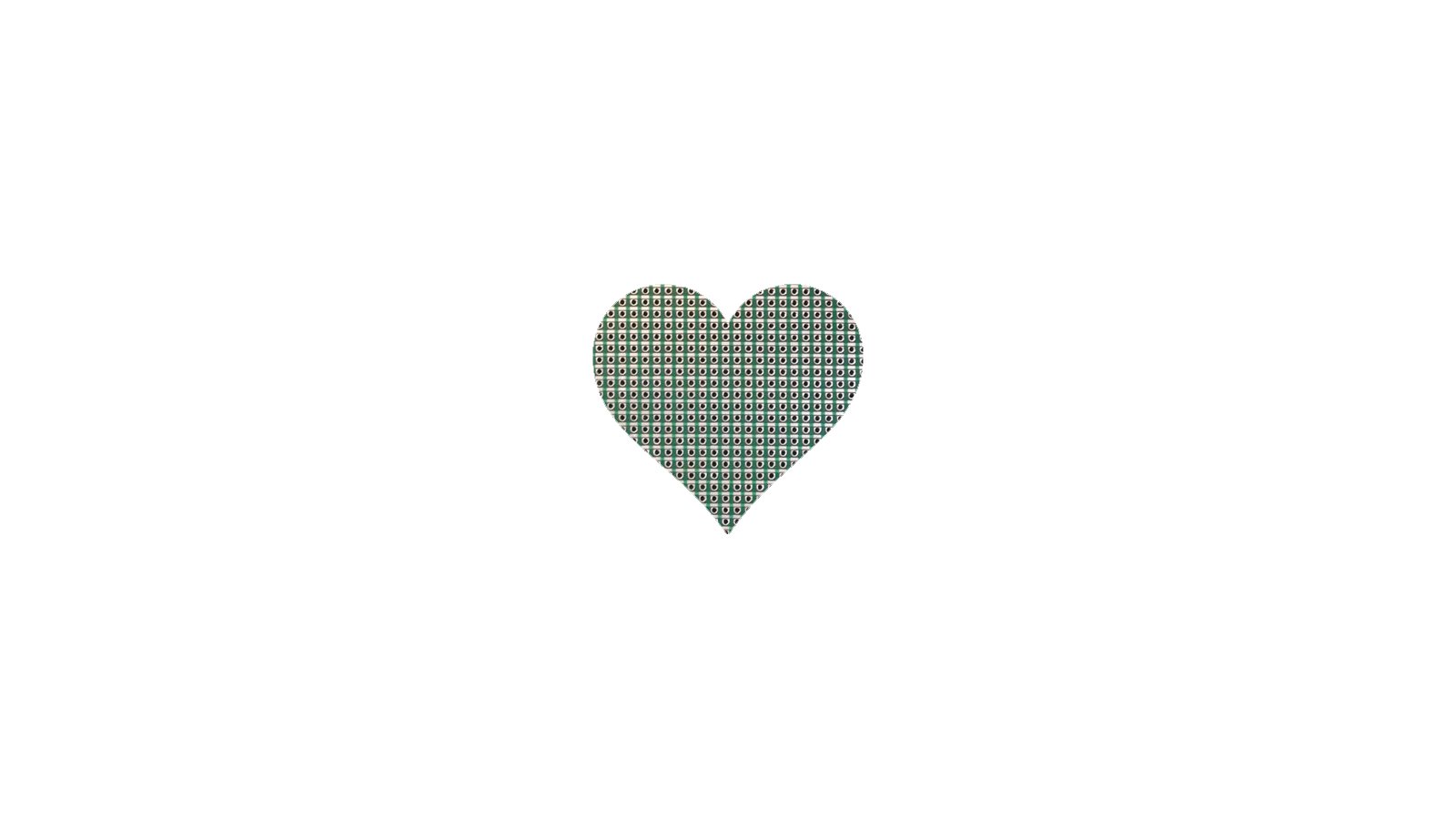 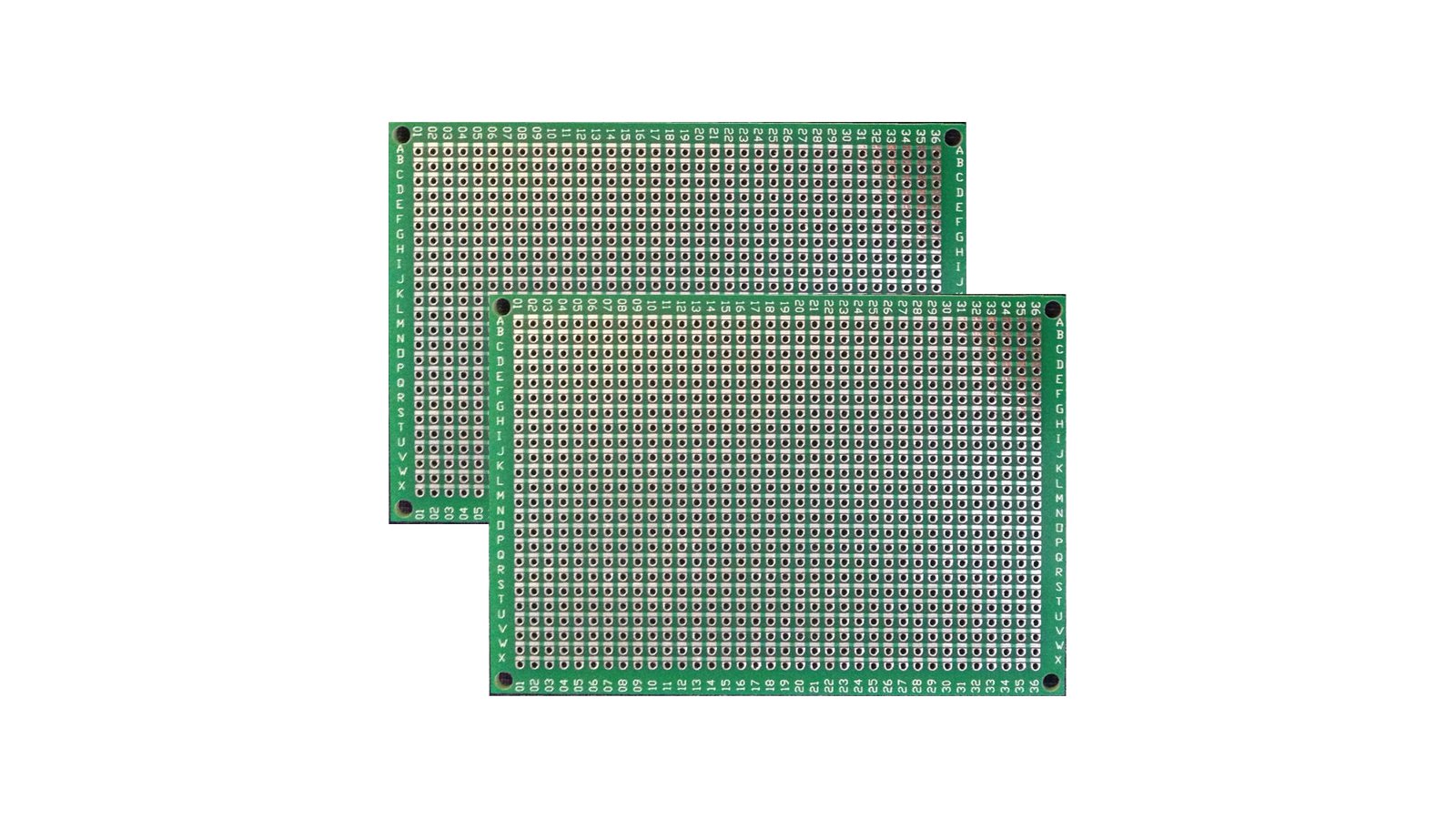 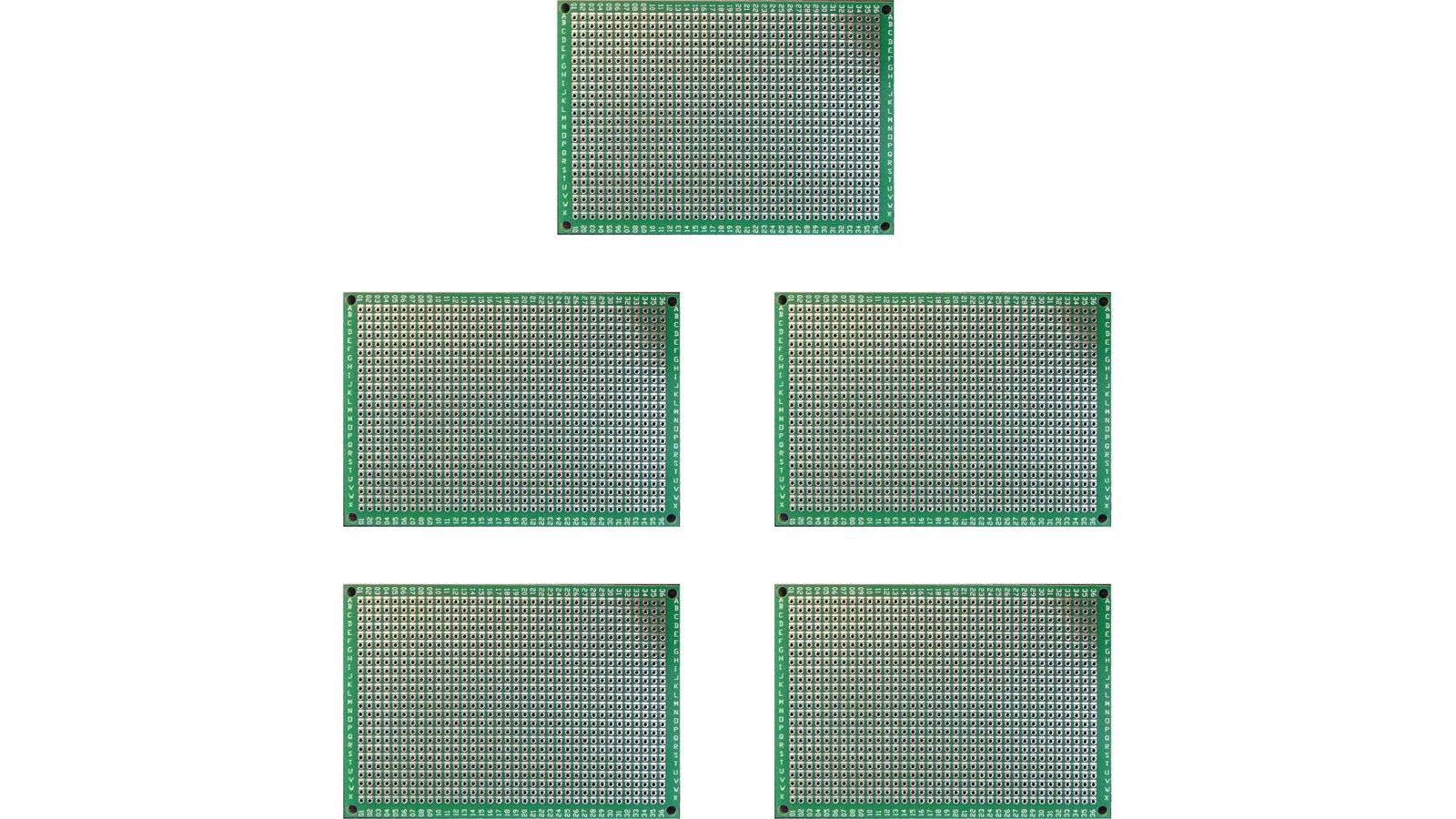 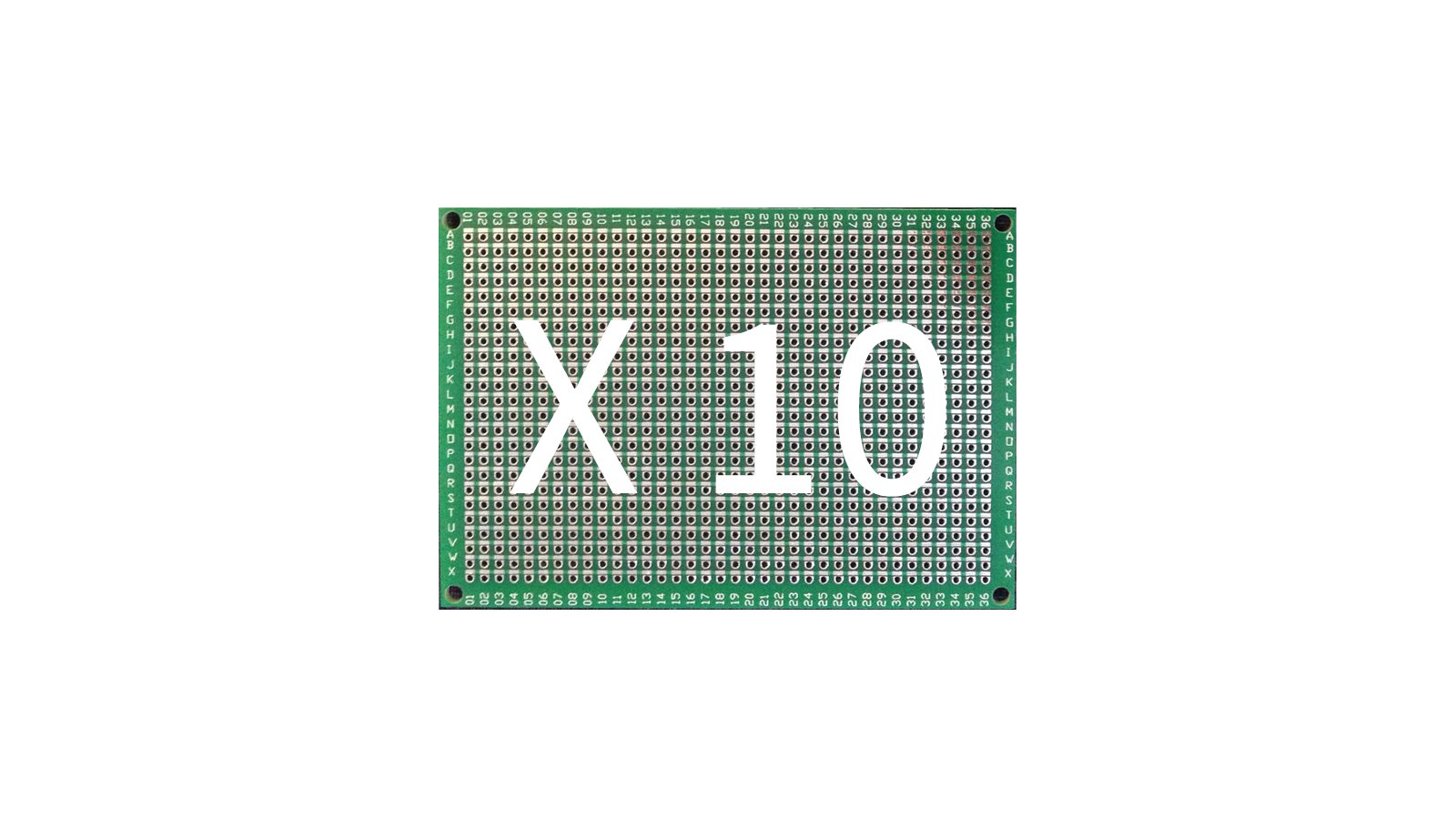 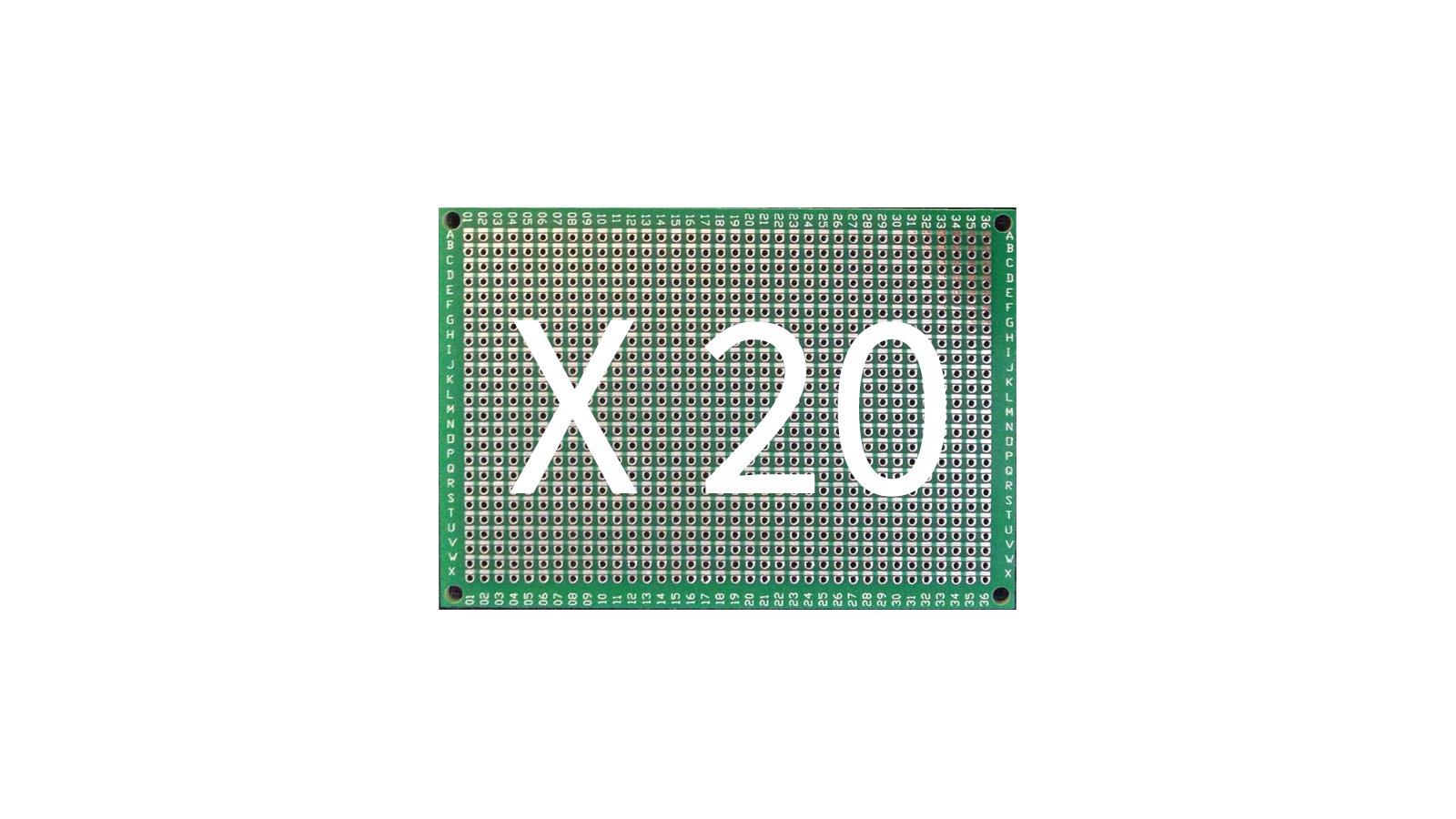 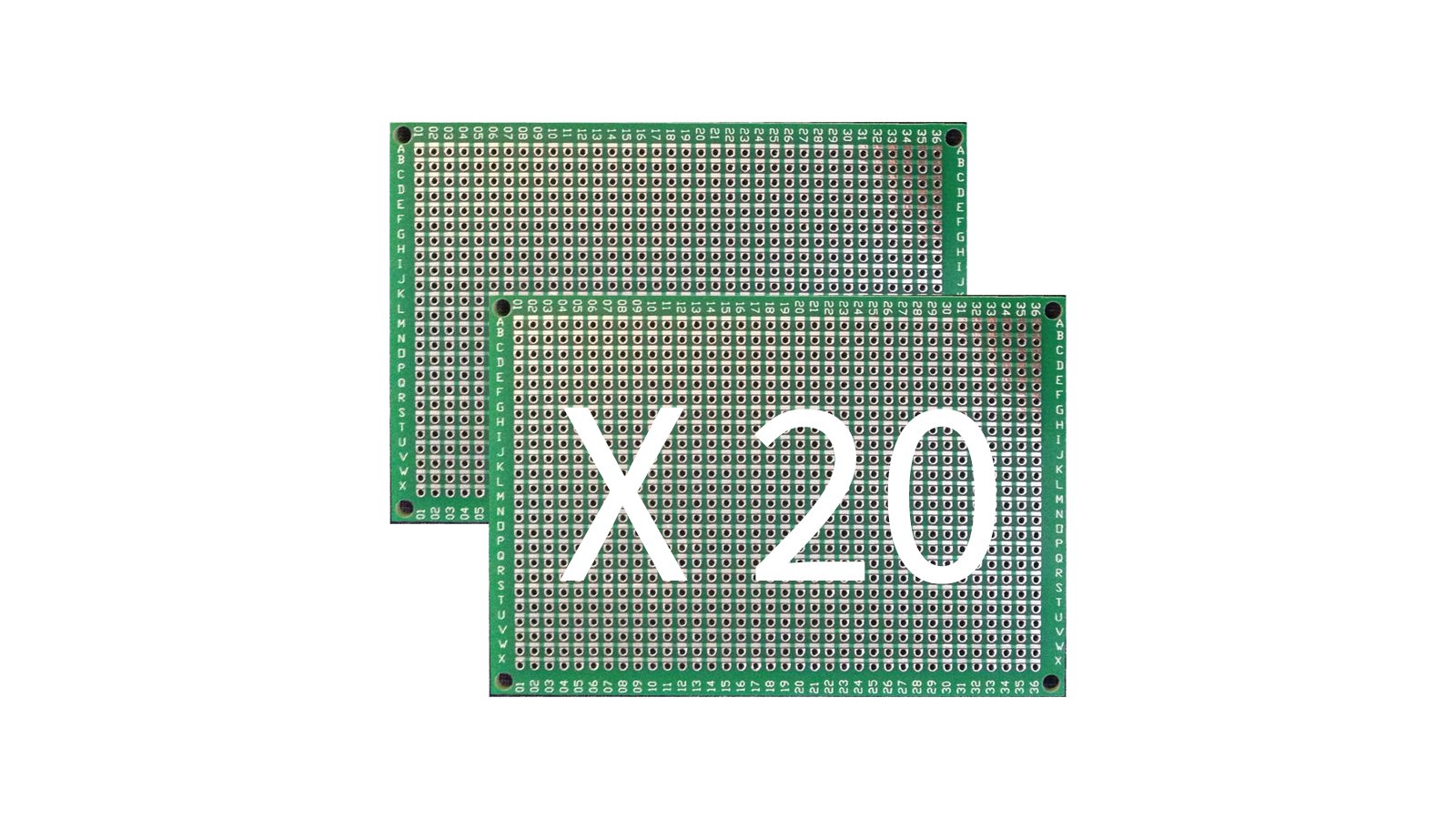 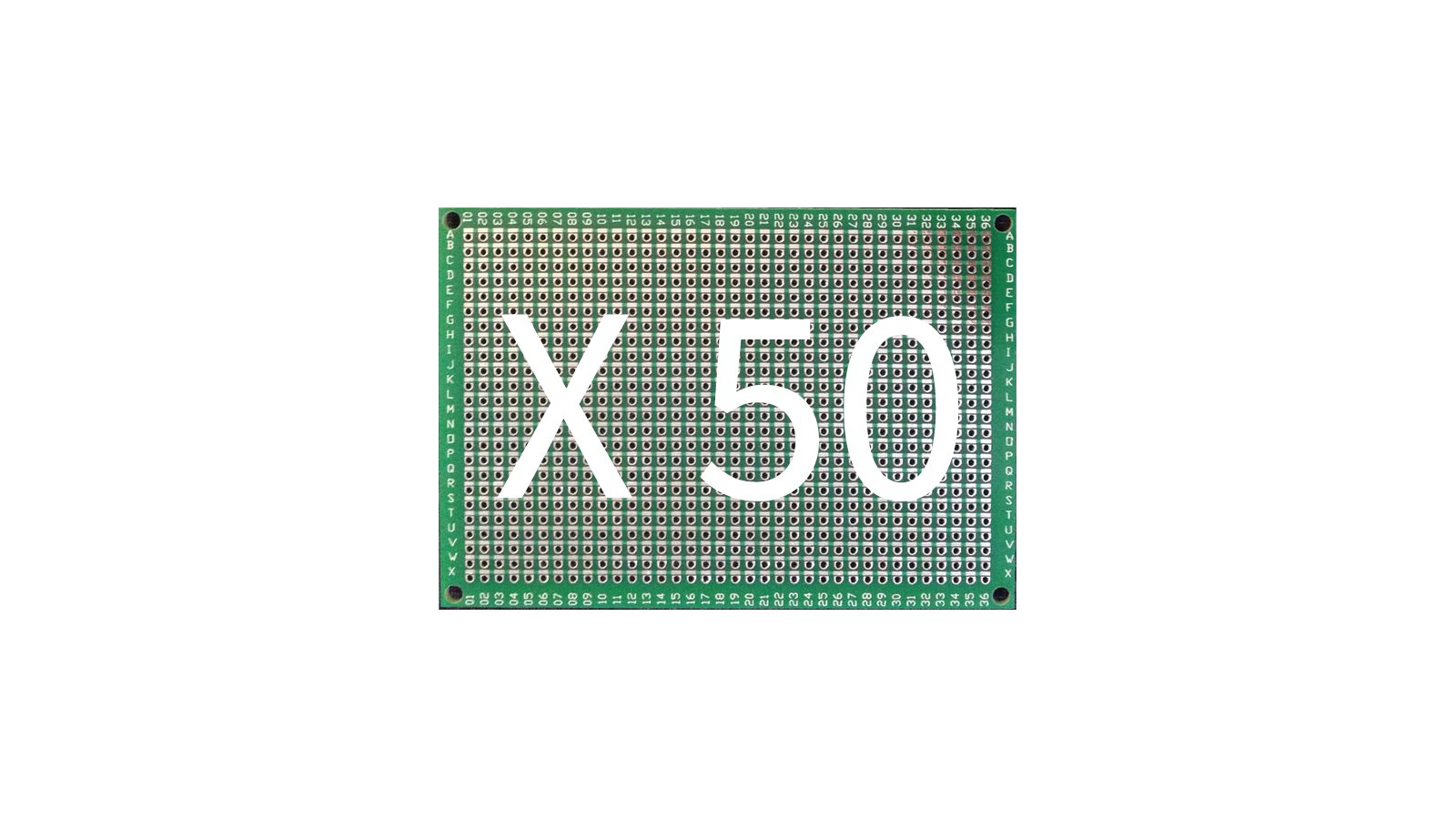 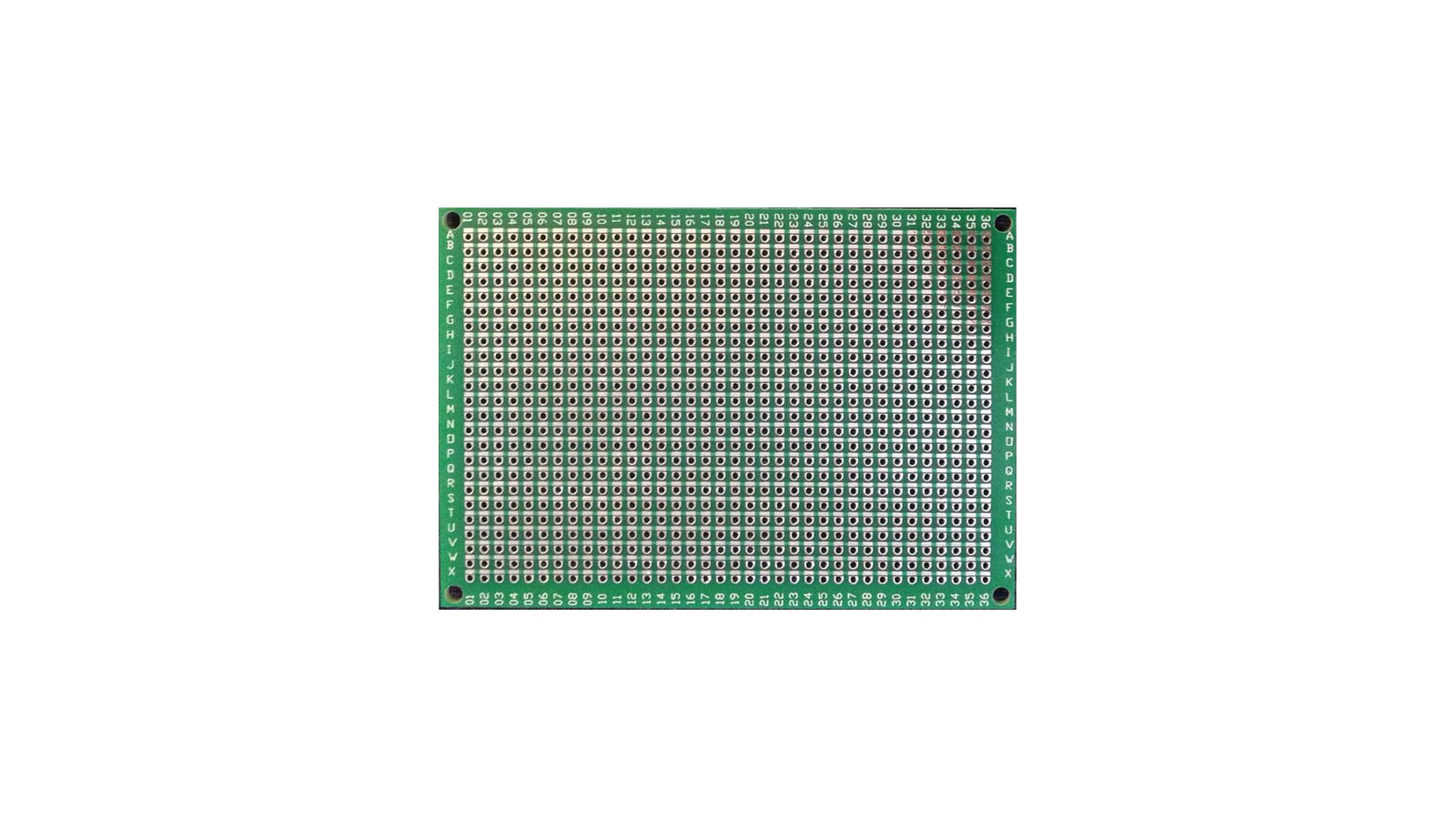 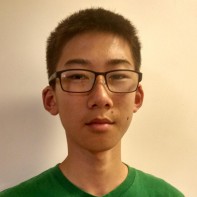 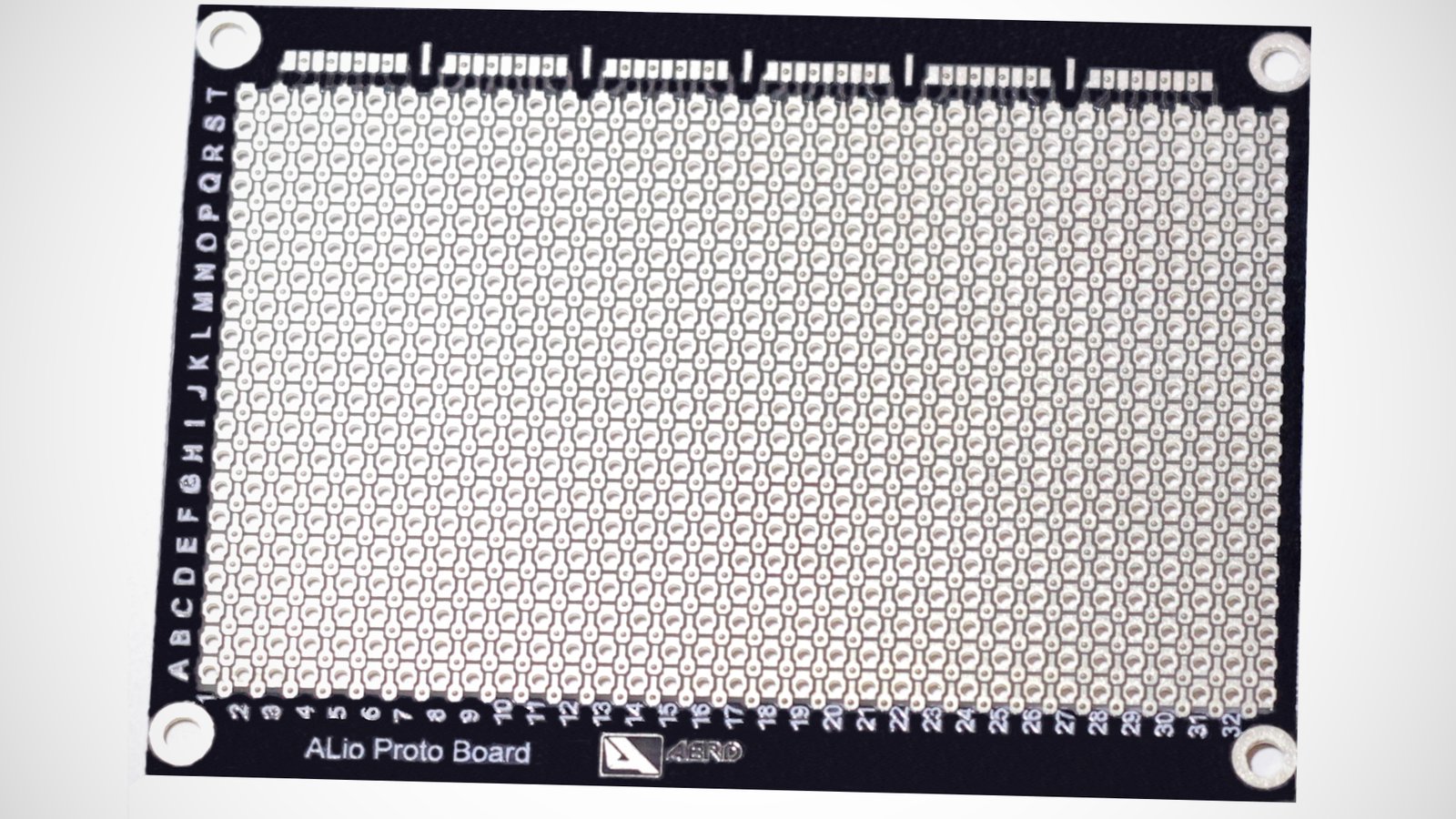 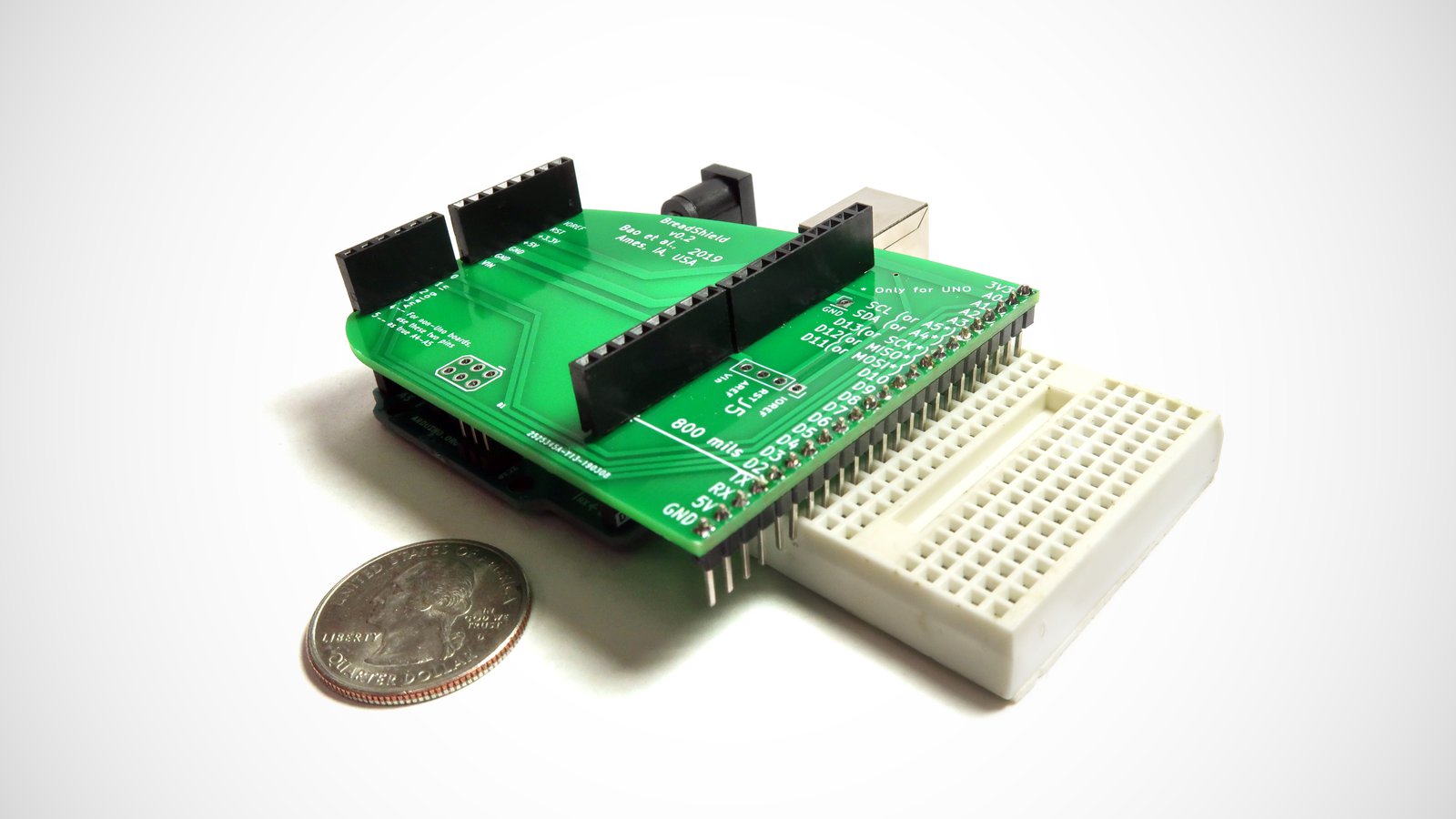 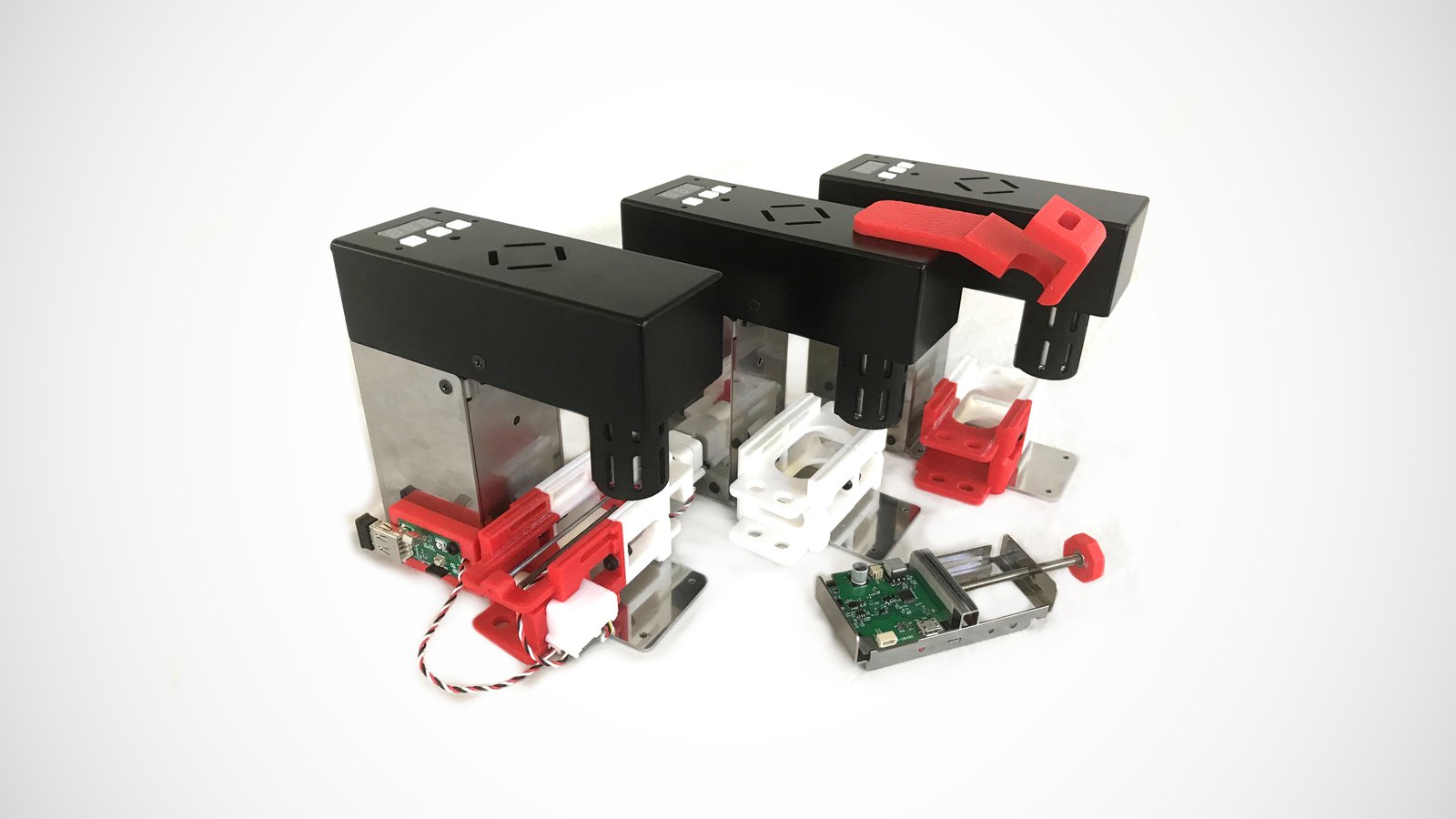