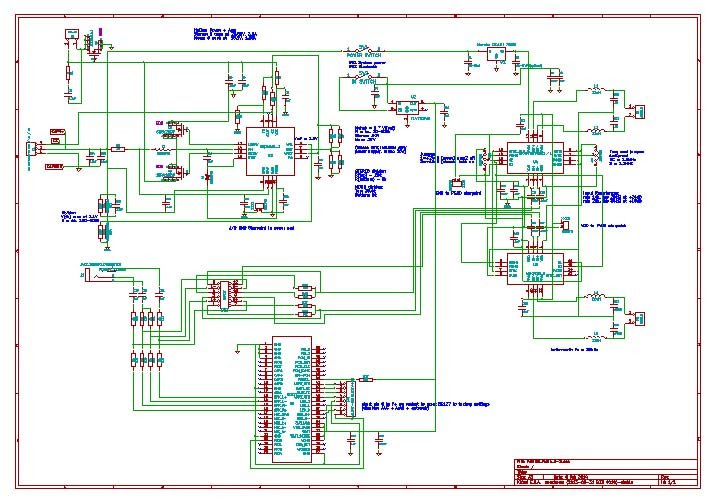 Here’s another update on the Helium speakers and other products from our Crowd Supply launch – and since there is some good news, I’m including not only the customers from the Crowd Supply campaign, but our whole mailing list.

We have (finally) finished the schematics. Those files are available at our GitHub page, as well as through blueshiftpdx.com/open-source. This step took longer than expected, not because of the complexity of the electronics, but because of supply chain issues. There over 120 electronic components in each Helium speaker, and confirming pricing and timing ended up being non-trivial – the schematic can’t be finalized until each component is finalized. But we have it all figured out. Now it’s time to start laying out the physical circuit board. I love that stuff – it’s pretty much a video game – so I should have the layout done in time to send out for fabrication first thing Monday morning.

On the woodworking front, we’re still waiting on the final sample from our manufacturer. It should be in Portland on Tuesday. I’ll let you know when I see it!

We have finished compatibility testing with our Bluetooth configuration, and after some tweaking our module is six for six. This means that each device we’ve tested has successfully connected with the Bluetooth module AND used the best possible codec (codec = coder/decoder = the algorithm that makes analog audio from a digital signal). That order is in London, where they will configure the chips to our specifications. The Bluetooth chips are likely the last component we’ll see here in Portland, I’m expecting them in the last week of February at this point.

To everyone who made early orders – my apologies that we’re behind schedule. If everything else goes according to plan, we will ship many units in late February. Hopefully in the next week there will be more physical objects here in the shop, and less spreadsheets – there has been a lot of planning so far, but not a lot of building. The good news is, the planning seems like it’s going to work – everything we have needed to organize has worked out. There have been many minor headaches but no serious problems up to now.

I’ll be in the shop all weekend – if you see any errors in the schematics, please get in touch before I start building boards!

Thanks to everyone for your support, and (as always) let me know if you have any questions or concerns.

Have a great weekend!