But still waiting on some parts.

We’re working hard here at Blueshift Labs - it’s almost time to start shipping. I heard last night that we should expect a first delivery of finished cabinets a week from Monday (ie 3/31/2014). We should be shipping speakers the next day (although at this point, three months into the process, I’ve learned to start using the world ‘should’ instead of the word ‘will’).

You all have been awesome for your patience on this - I’m stressed about the time situation as is, and its been awesome to have everyone maintain such a positive attitude despite the delays. Thanks! 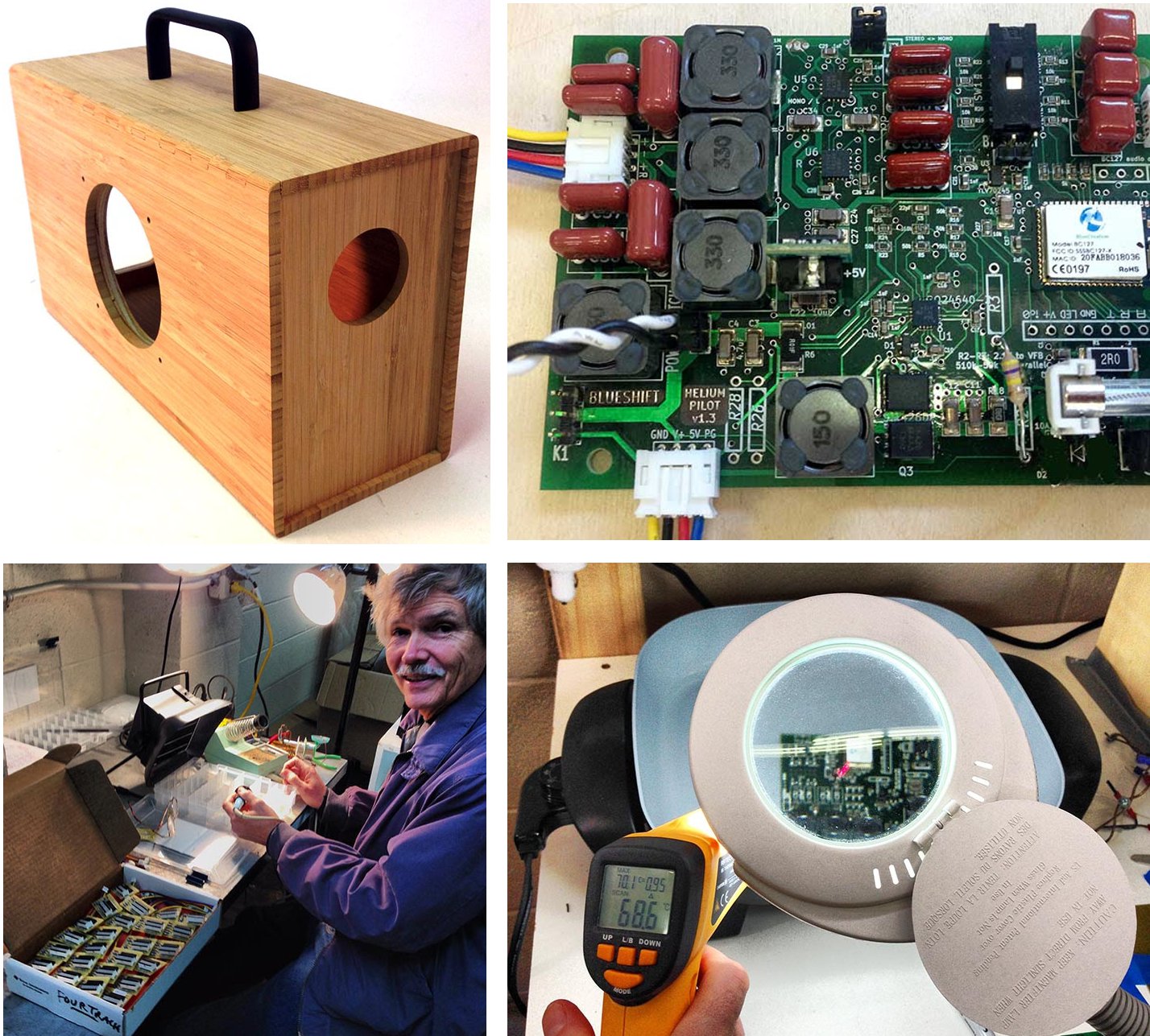 Here are some things that have happened:

Stereo for everyone (kind of!) The main board (which is the heart of all of our current products) includes two mono amplifiers and a switchable mixer - so it works in stereo or mono. That means that every Capacitizer kit can now be set up as a stereo or mono system. And if you wanted to put another speaker in your Helium Mono you could (but that would be unnecessary - the Helium Mono is awesome as is, still my favorite).

The box is better. The picture above shows the unfinished Helium Mono cabinet - it looks awesome, and the finish that it’s getting is going to be really nice. The wood shop that’s building the cabinets hasn’t been super speedy, but they’re doing better work than I could have in-house. The end panels are actually tabbed to fit into grooved slots on the other sides - it’s a more labor-intensive process, but it makes the boxes stronger and more airtight.

Main board upgrades in general. There have been 5 major revisions of the main board since the Crowd Supply campaign ended. The first draft of the board actually worked well, but the new one works great. I’ve added:

Overall, all these upgrades make the system more repairable, better sounding, and more likely to stay in circulation as a functional electronic system forever.

Scott drove up to Portland from San Diego - and spent this whole week soldering production boards and helping out in general. As a volunteer. Pretty amazing - the help just keeps coming. Thanks Scott!

OK, back to soldering! Sorry about the delay but it’s going to pay off.

Thanks again for backing the project or signing up for these emails! Couldn’t be doing this without all of your support.