Project History and a Quick Thank You

John here from CircuitSetup. First of all, I wanted to say that I’m astounded by the support this campaign has already received. This was unexpected. I honestly didn’t think this many people would be interested in this little project! Thank you for your support! It is truly appreciated.

I started working on this project back in August 2018 after looking at what was available in the energy meter market and the listed prices. I was astounded how expensive things can get! I knew there had to be a better solution.

Production on my own energy meter begun. The first thing I did was search for an IC that could do what I wanted without costing a whole lot - and some of them do cost a lot. I found the Microchip ATM90E32, which is listed as a poly-phase metering IC. I also found an Arduino library for the single current channel ATM90E26 written by Tisham Dhar, which led me to an almost finished library for the ATM90E32. After looking things over I realized this IC was perfect. It has the added advantage of doing all of the calculations for power, while being able to output individual channel data.

There were five different iterations of the board before the one that you see in the pictures. Each one solved a small issue that the one before it was having. For example, the energy meter originally used a LDO to power everything. As some of you may know, LDOs aren’t terribly efficient, and it had to go from 9 V to 3.3 V. It didn’t provide enough power to an ESP32 for wifi to function. So, the change was made to an efficient SMPS. 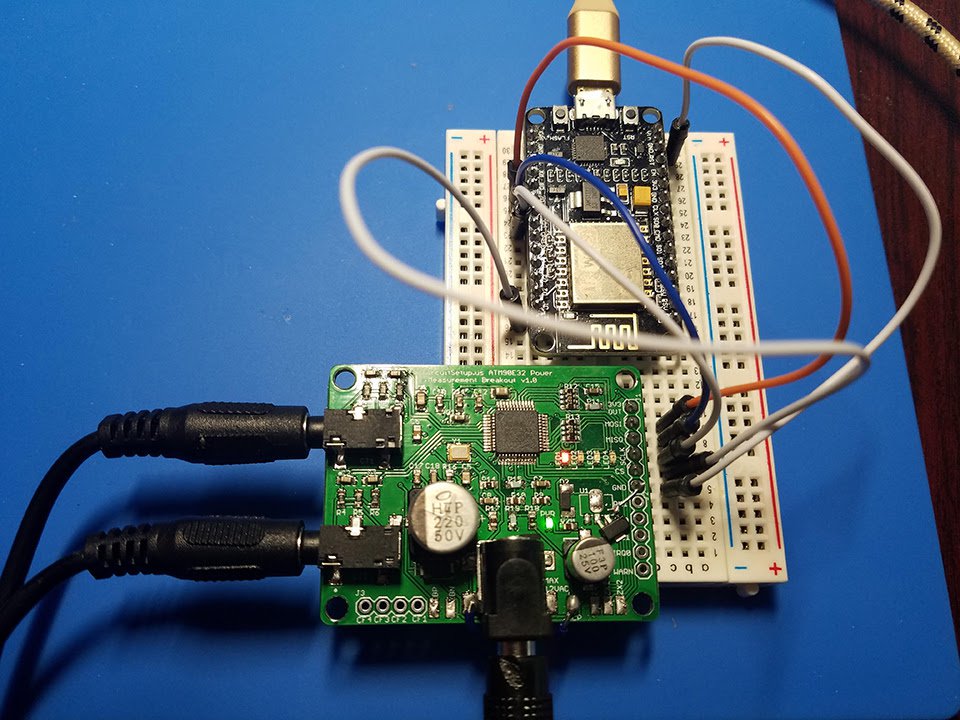 More updates coming soon! If you have already supported this project, thanks again!

Split Single-phase Energy Meter is part of the Microchip Get Launched design competition!