I’ll be following up with lots more updates about the technical details of the Microcluster and the open source tools used to design it, but I want to start things off by explaining why I wanted to build the Microcluster.

I’ve been using 3D printers professionally (and recreationally) since early 2012 when I bought my first printer, a used Prusa Mendel clone from Aleph Objects (Aleph-P70). I immediately fell in love with the technology and learned all too well how heavily print quality is influenced by environment that the printer is in. Within a month of printing and dozens of splitting and warped parts I built my first enclosure; a cardboard box with a plastic window taped to the side. It did the job, but always felt like a hack, not to mention a fire hazard (this was before there were firmware safeguards against a printer lighting itself on fire).

A year or so later, and I found myself working the night shift running Aleph Object’s early cluster of 28 AO-10X machines, producing the first test parts for the first TAZ printers. The “fleet” as it was called at the time was neatly set up on shelves which made it possible for a single person to run all 28 printers, but wasn’t enclosed. Every time the warehouse door was opened, several prints would fail from the sudden rush of cold air coming into the building. The shelves were eventually covered by plastic sheeting that you could duck under to harvest prints, but again this felt like a hack.

A year or so after this, I had moved into a full time engineering position working on the LulzBot line of Printers, Aleph Objects had grown massively and moved to a new larger where they built a state of the art production printing setup. This came to be known as “the Cluster” and was the largest group of networked printers in the world at the time. This setup was the inspiration for the Microcluster, and I personally believe that it was the key to LulzBot’s success. With the ability to reliably and repeatably print parts in house, we were able to iterate quickly and implement new features and bug fixes without the cost impediment of retooling molds.

A little over a year ago I started the Colorado Printing Project with the goal of making this production printing technology more accessible. The first product released was the Twoolhead, a parallel printing accessory for TAZ 5 and 6 printers. To produce the printed parts for the Twoolheads I built my own mini-cluster and have been refining it ever sense. Last March, I brought an early version of the Microcluster to Midwest RepRap Fest and received a ton of valuable feedback on what people from all ends of the maker spectrum want out of a 3D printer enclosure. 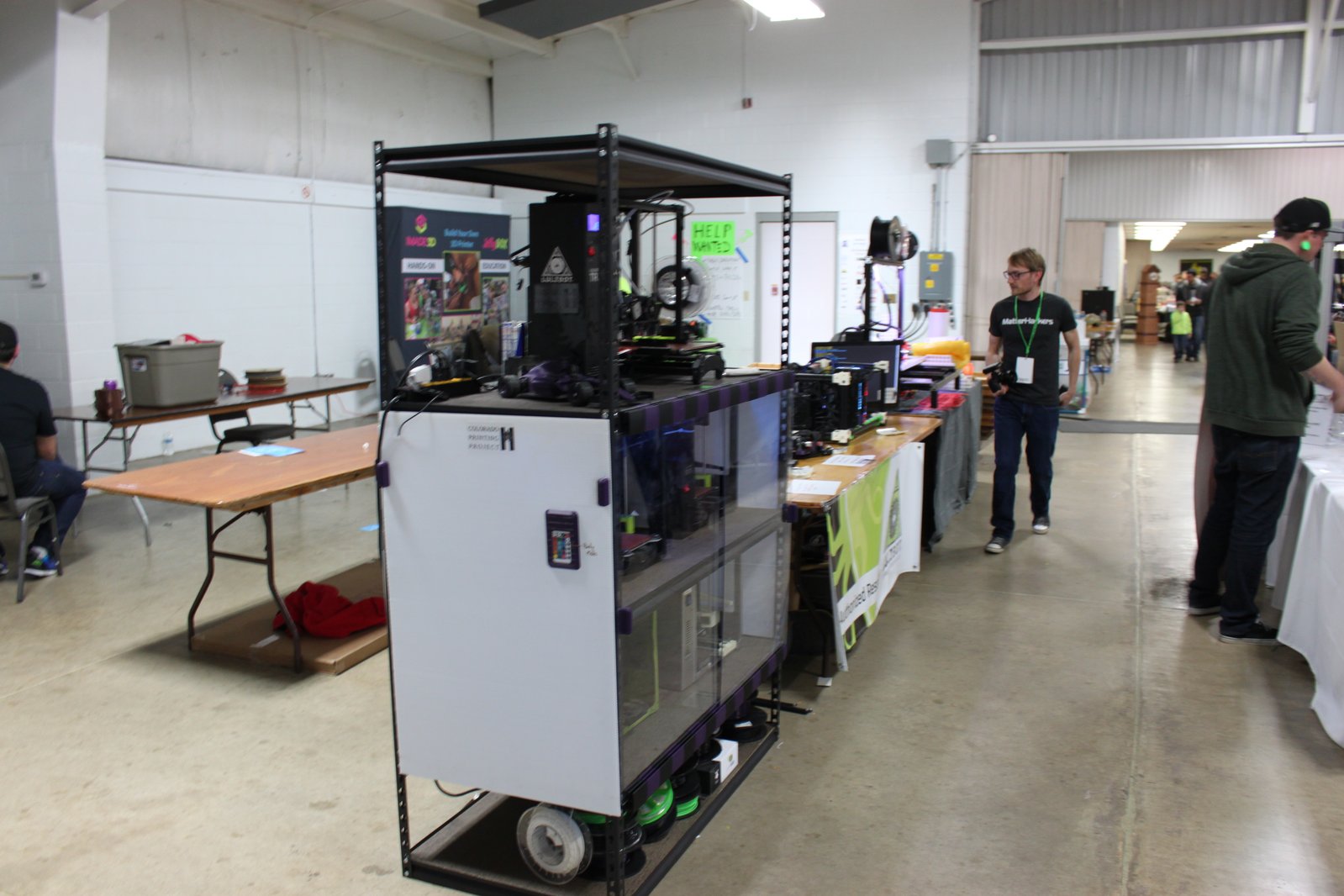 The Microcluster is our take on the perfect 3D printer enclosure system. The panel kits provide a great starting point, the upgrades allow you to pick and choose exactly the features that you need and the bundles are finely tuned versions of the printer setups that I use day to day. I set out to make it easy for makers and professionals to get the most out of 3D printing, and I received a lot of great feedback from close friends and the 3D printing community. Hopefully the Microcluster will help 3D printing professionals and makers improve their 3D printing experience without spending unnecessary time and effort on solving the common problems with 3D printer enclosures.

Thank you all so much for helping bring this project to life, and please don’t hesitate to reach out with any questions or comments.