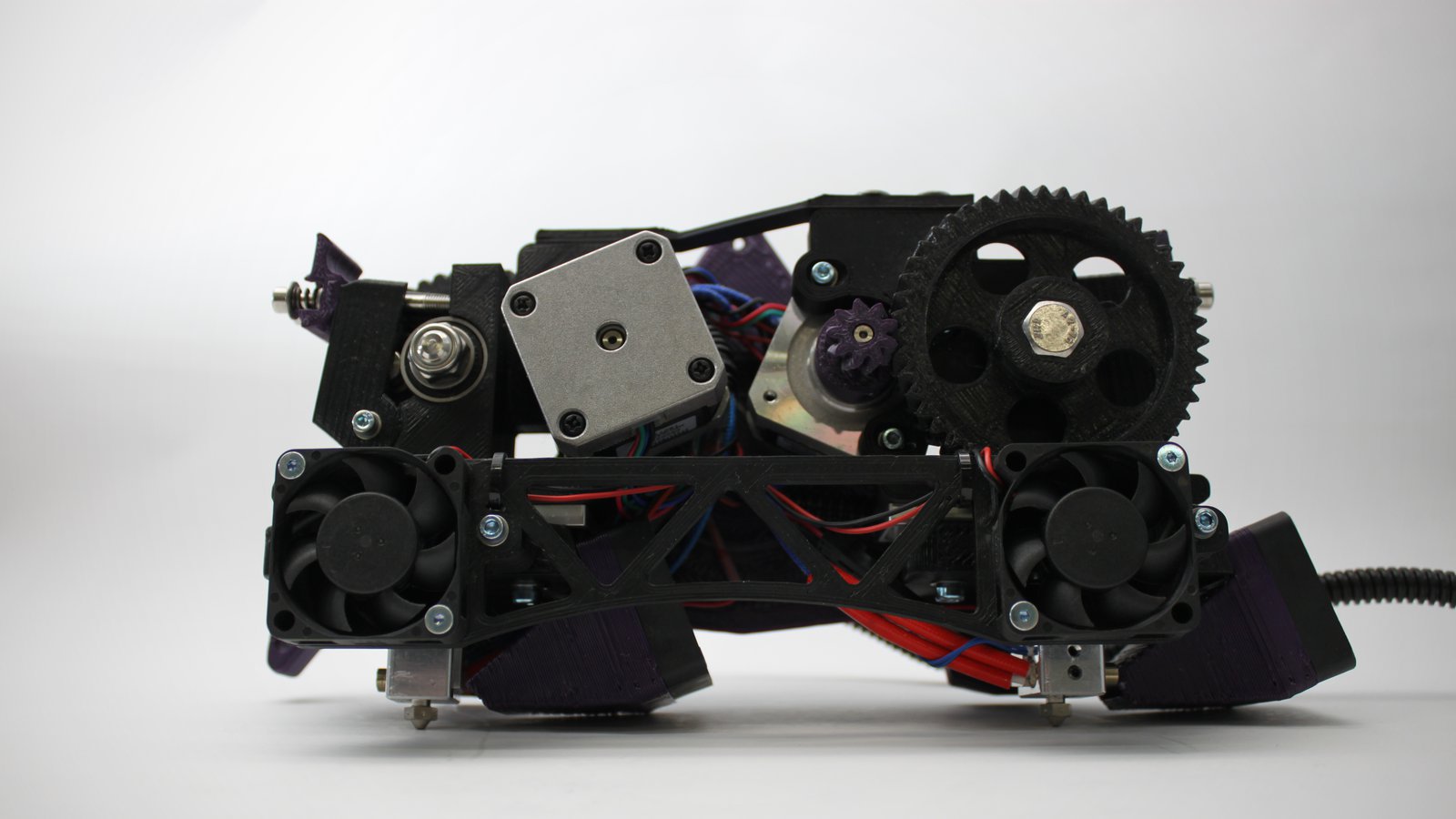 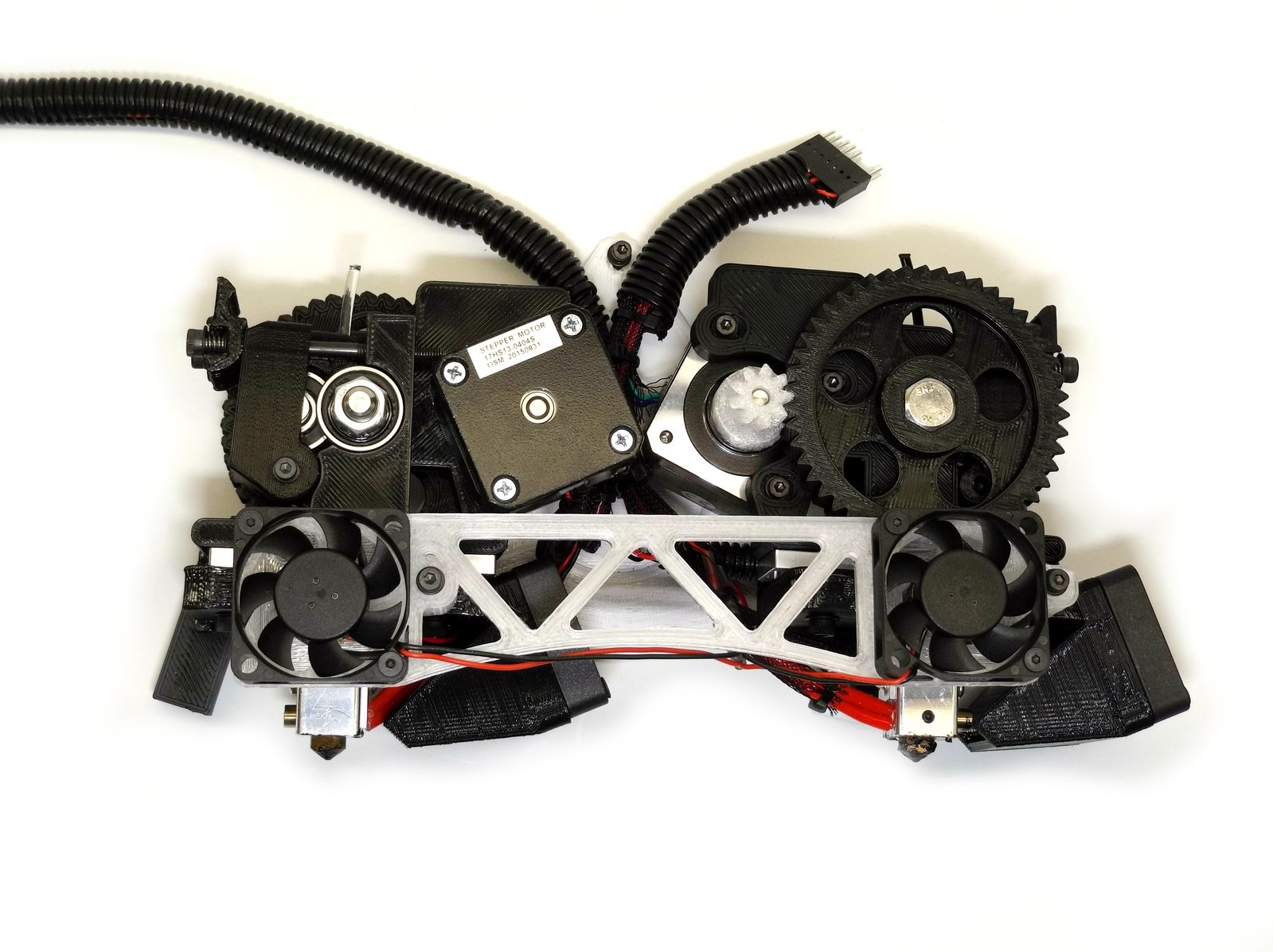 If you use 3D printing to make small to medium batches of parts, the Twoolhead can save you time, money, and headaches.

Twoolheads is Better Than One…

Although 3D printing of end use parts is still in its infancy, it has allowed early adopters the opportunity to iterate faster than their competitors and bring more complex products to market without the immense cost and lead-time of injection molding. The Twoolhead makes production printing more accessible than ever by doubling the production output of the LulzBot® TAZ, one of the highest rated 3D printers on the market.

Designed using open source software by the Colorado Printing Project, the Twoolhead is open source hardware with all source material available under CC-BY-SA 4.0 license. It combines two 0.5 mm printheads to print two identical objects simultaneously at the quality expected from LulzBot® printers. It will be manufactured in Littleton, Colorado, USA using premium materials. 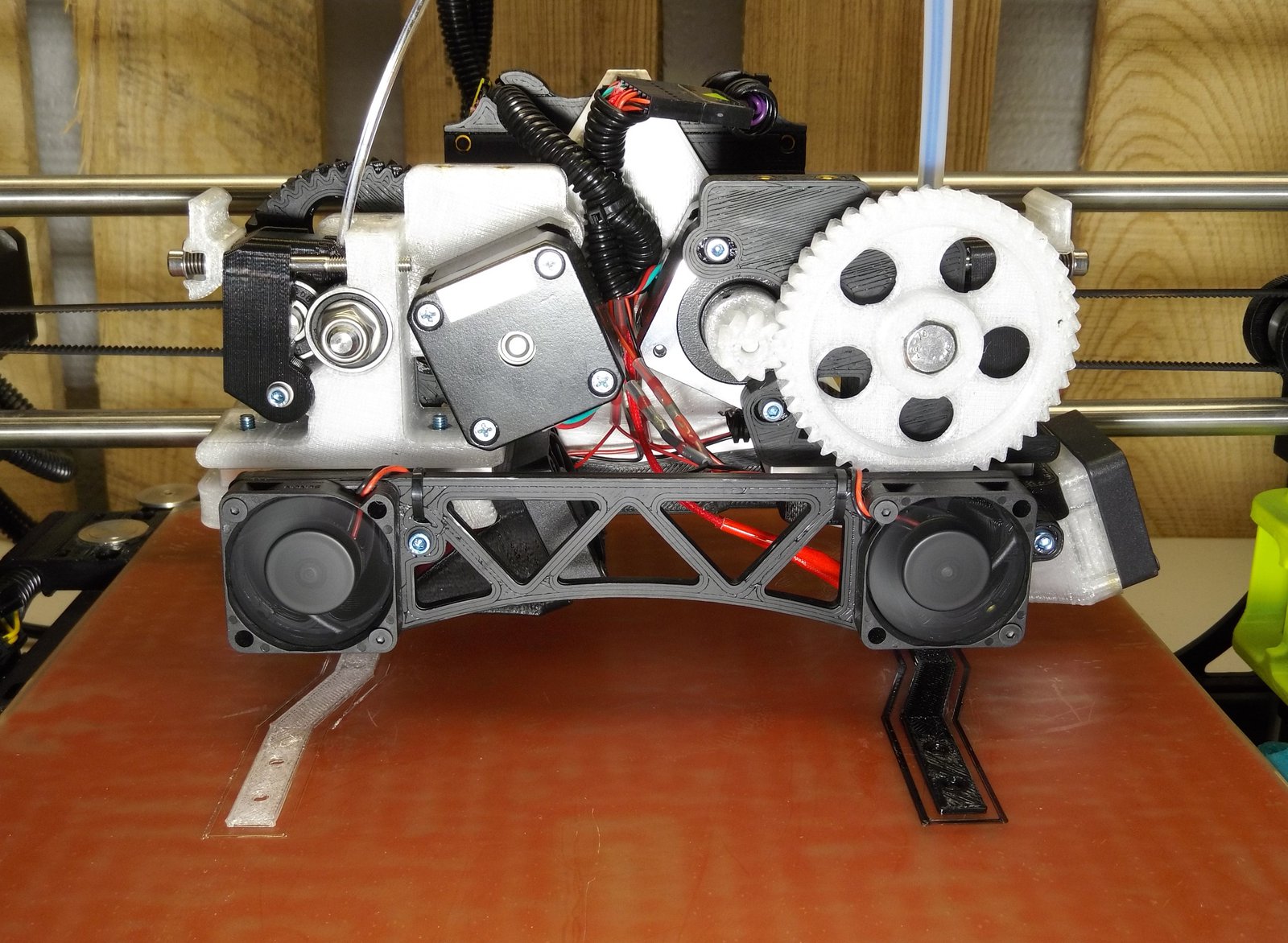 Using the Twoolhead to prototype parts.

Essentially, the Twoolhead is for people who do a lot of 3D printing. It takes the LulzBot® TAZ 6, known for being a workhorse production printer, and doubles its output. If you’re currently spending hundreds of hours printing parts for your projects, the Twoolhead will get some of that time back for you.

If you’ve got a prototype of the next big thing and are looking at bringing it to market, the Twoolhead can also help. In-house production printing can speed up time to market, reduce upfront and overall costs, and allow for future design changes at little to no additional cost. 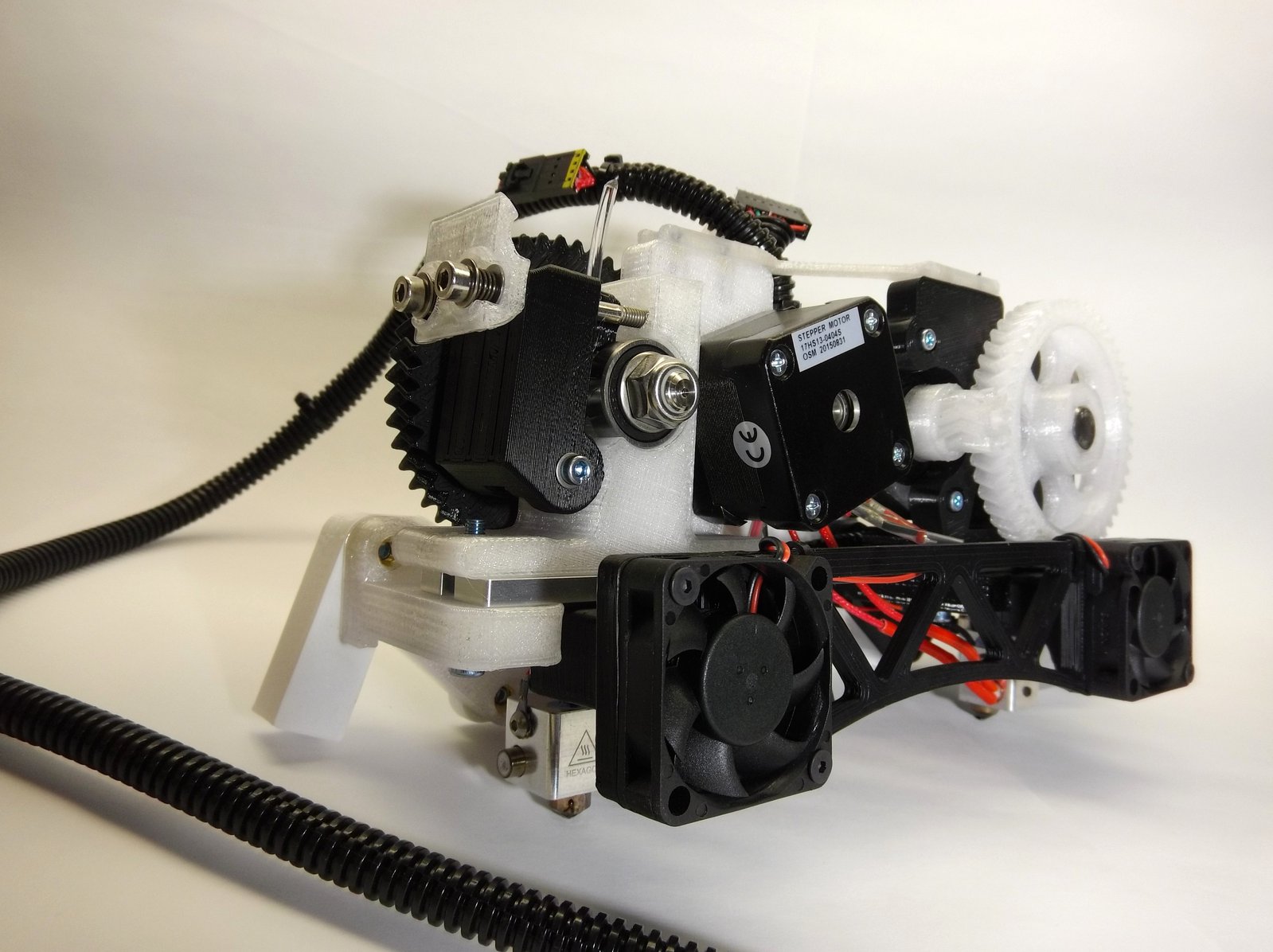 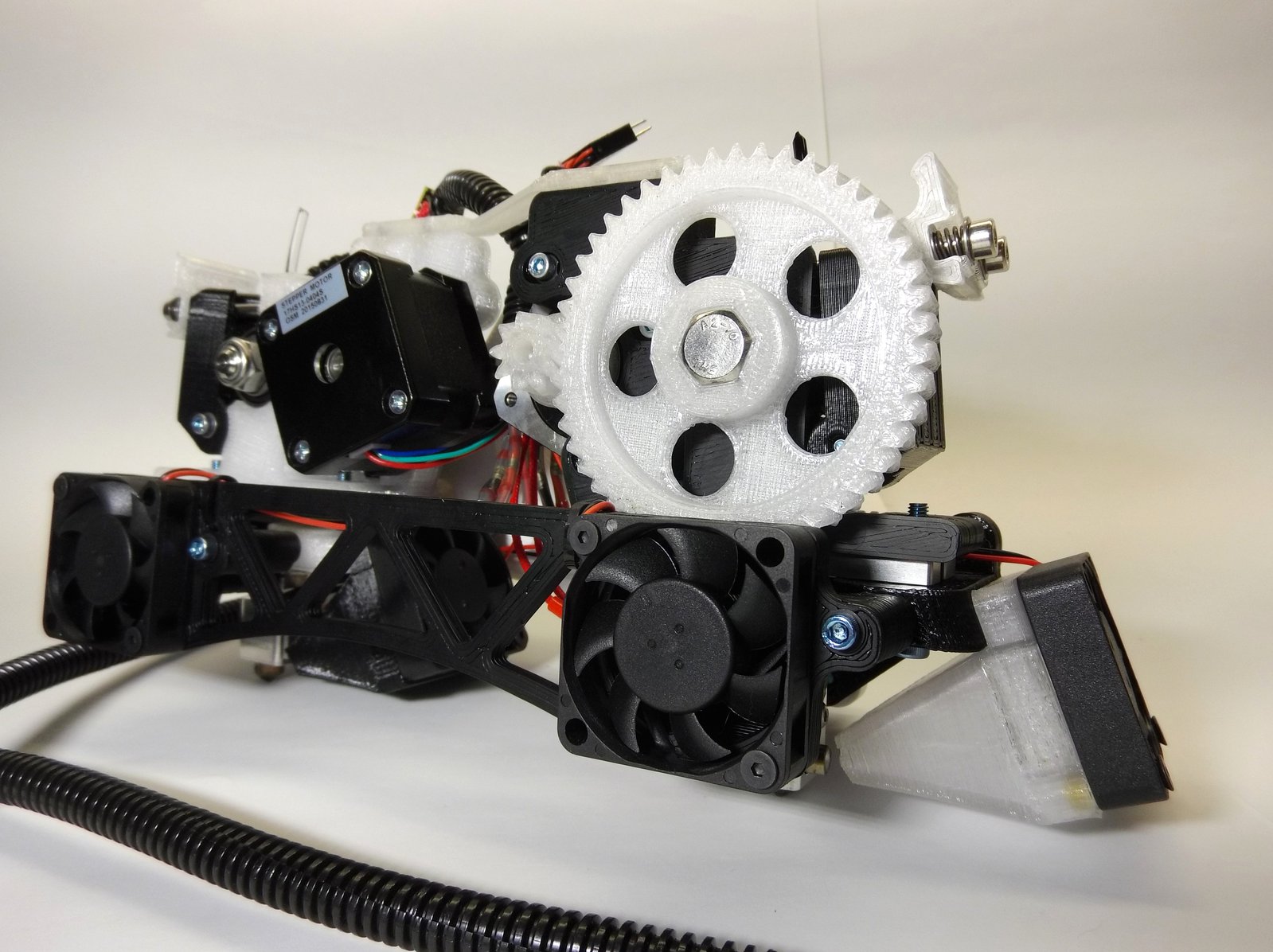 The Twoolhead was designed to mimic the printing performance of stock LulzBot® printers, making it easier and faster than ever to go from prototype to production. The Twoolhead replaces the stock printhead of the TAZ printer and installs in less than ten minutes. Firmware and print profiles are available so you can start printing right away. 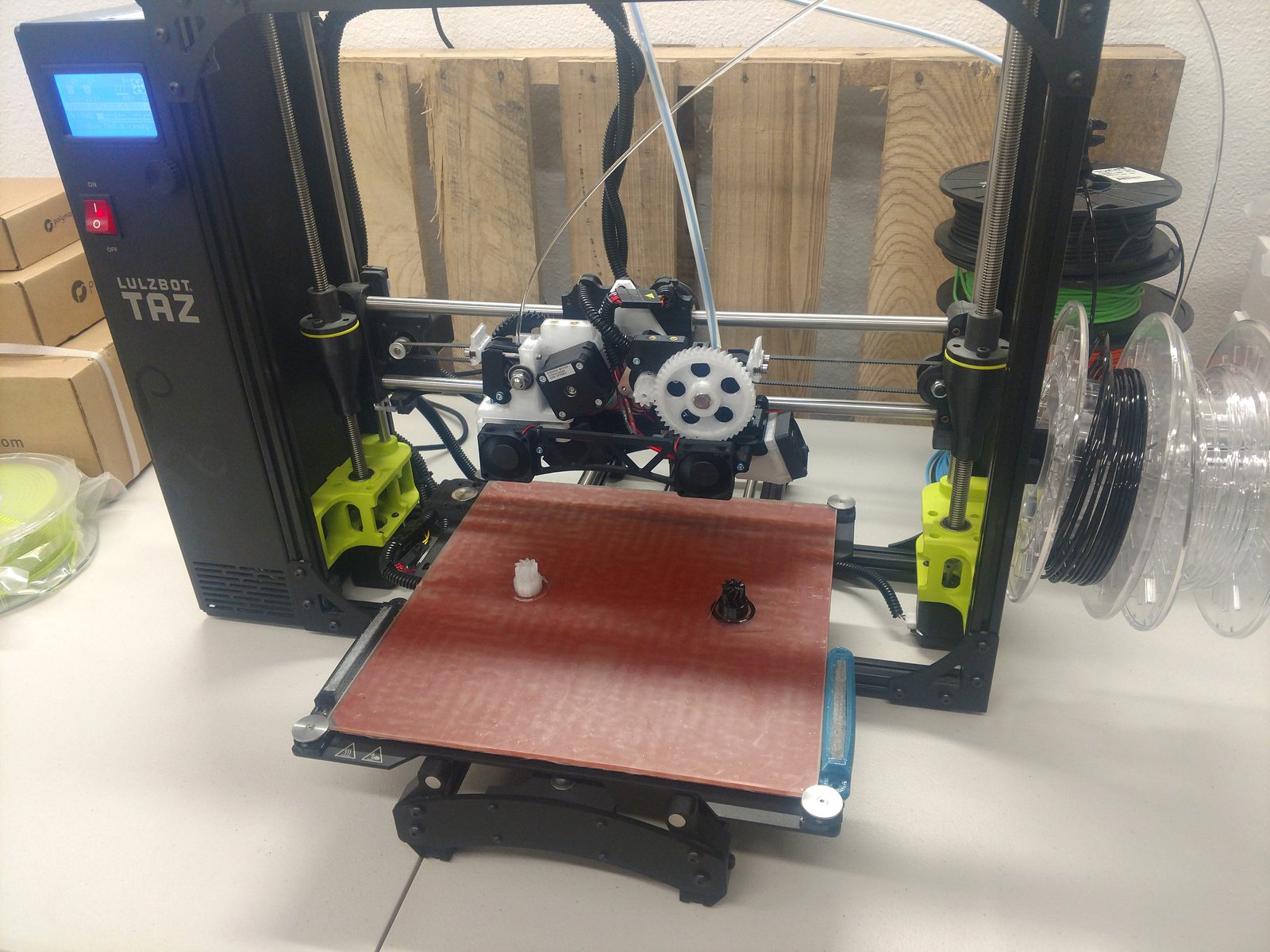 Using the Twoolhead to print gears

No printer modification is necessary to fit the Twoolhead to the TAZ printer, simply unscrew and disconnect the standard printhead on the printer and replace it with the Twoolhead. Firmware update is easy and fast with the precompiled hex file, so installation should only take about 5-10 minutes.

When you need lots of parts, you generally don’t care about whether your printer has cool LED’s or if it zips its printhead around so fast you can hardly see it. The thing that matters is the leadtime for getting high quality parts in hand so you can move forward faster. Faster prototypes means more iterations before release, lower leadtime for production means that you can release as soon as the product is ready.

* Twoolhead can be used for any parts needed.

Open source as it gets
LulzBot® has been one of the most transparent open source hardware companies around for a while now. They share everything that happens in R&D in near real-time as it’s being developed on their live development server. This openness guarantees that LulzBot® users are able to understand, improve, and modify their machines, and that I’m able to sell a third-party product that integrates seamlessly with their printer.

Production Pedigree
LulzBot® has been producing end-use products using FFF technology (their own printers) since early 2011; they’ve produced over a million end use parts, operate 24/7 and mercilessly run the printers for years at a time. The modern LulzBot® printers are the direct result result of this process; they are necessarily some of the most reliable printers around with high standards for output and print quality. Combined with the production multiplying effect of the Twoolhead, there isn’t a better way to do small batch production. 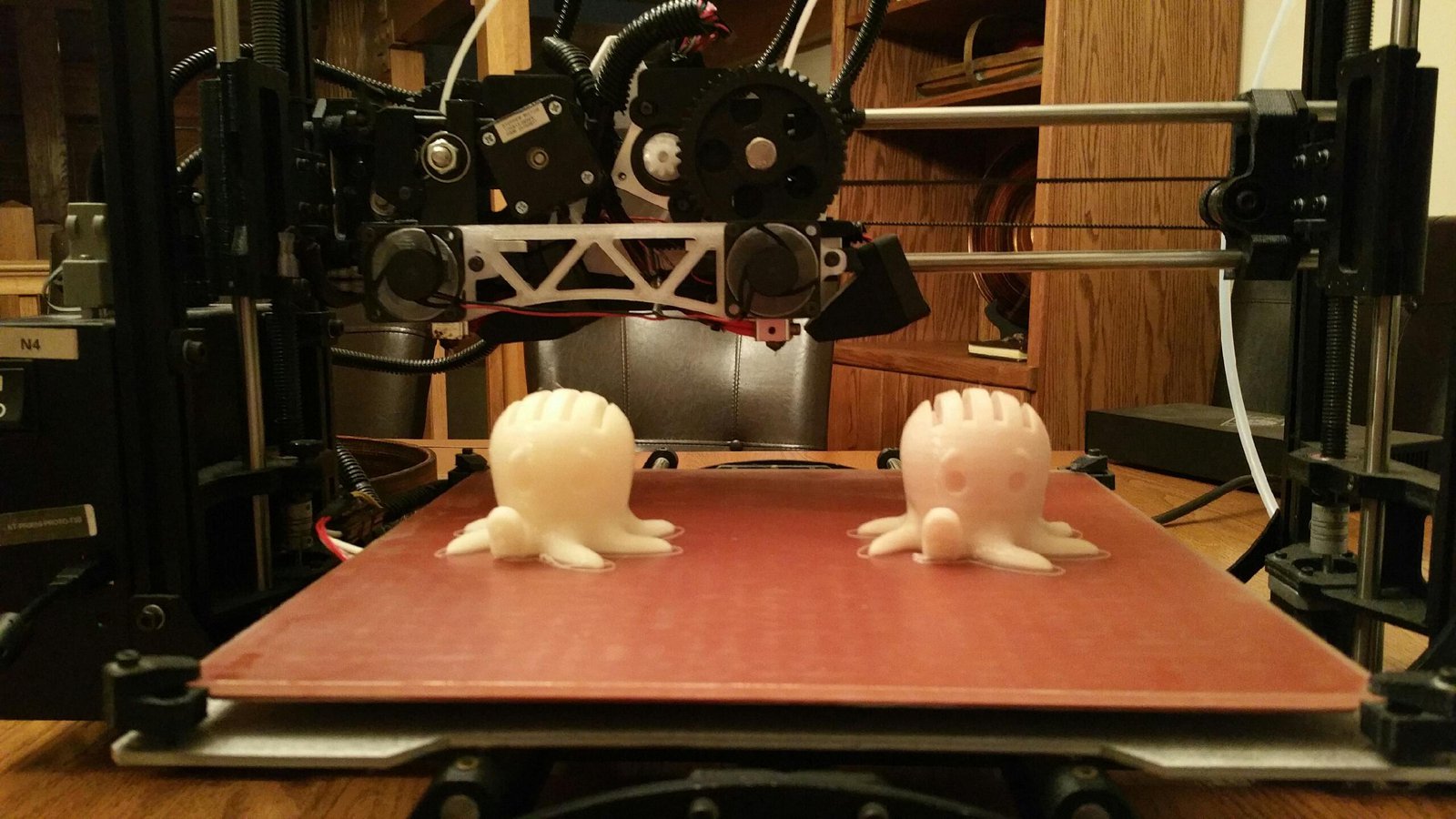 I believe that the most valuable products are those that help others create value on their own, and that this has been the main driver behind the 3D printing explosion that’s happened over the last five years. If you are already making money using desktop 3D printers, I want to help you make more.

For 3D print service bureaus, the math is simple. A TAZ printer is one of the highest output printers on the market, and has one of the largest ranges of available materials. Paired with the Twoolhead, its output will make it the most cost effective, production oriented 3D printer on the market.

For small companies relying on 3D printing for in house production, the Twoolhead will cut costs (both machine time and labor) allowing them to spend their vital resources on development rather than paying people to wait for prints to finish. Whether you’re building aftermarket automotive parts, 3D printing accessories, or making medical device prototypes, the Twoolhead can help you get to market faster than ever.

For superusers who make a living designing and displaying 3D printed parts, the Twoolhead will provide the ability to finish projects faster. Whether it’s super intricate cosplay or an electric longboard made of huge printed legos, the Twoolhead will help makers spend more time designing and less time kicking off the same print time and time again. 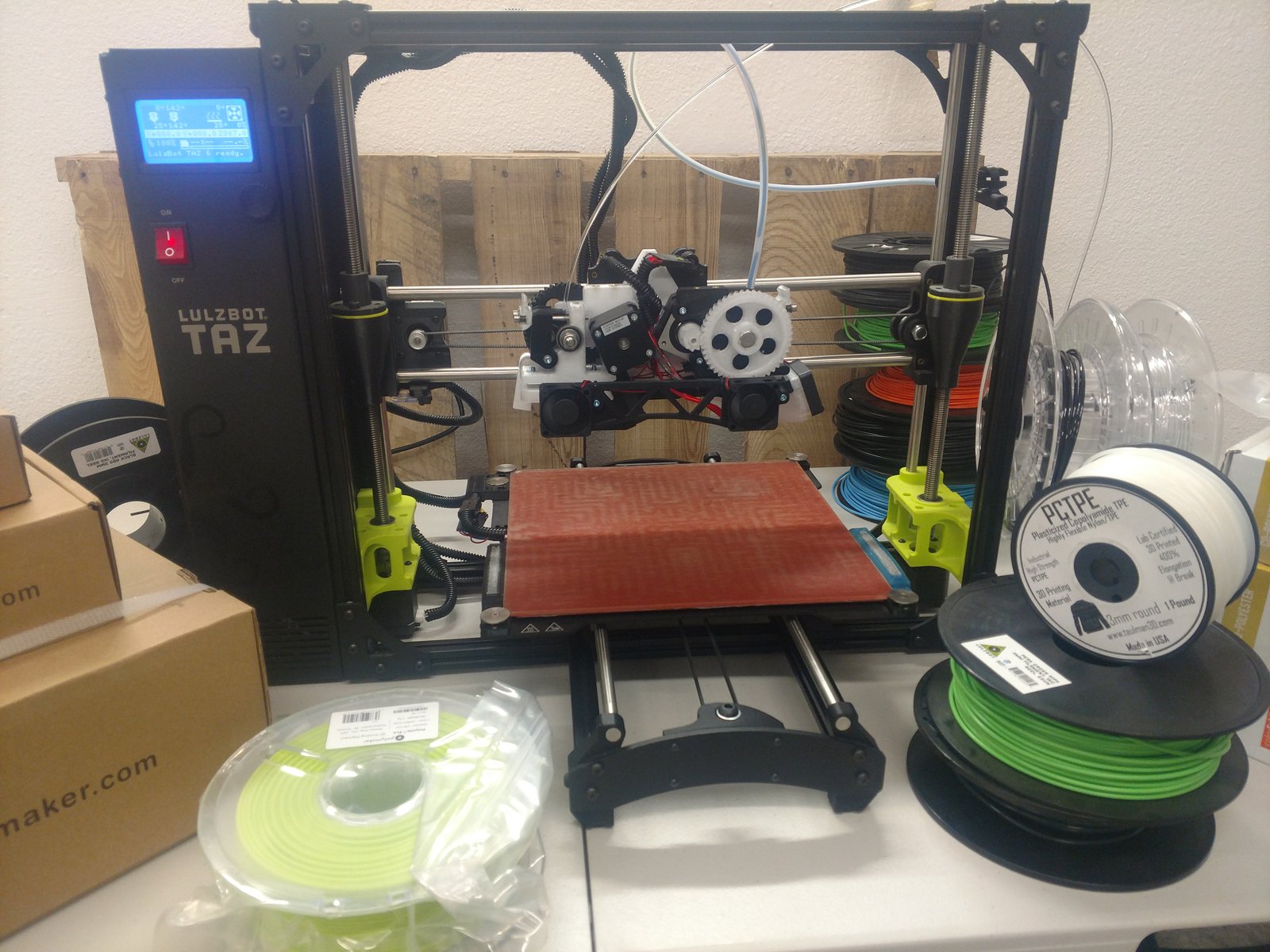 The Twoolhead can print with nearly any material. 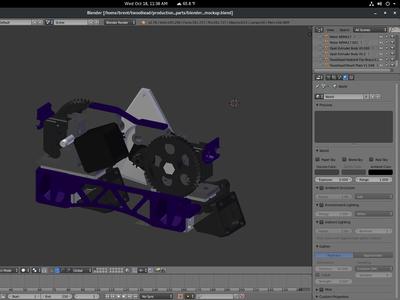 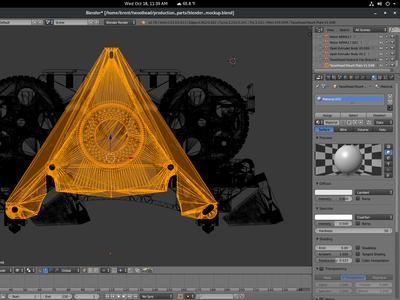 Twoolhead will be manufactured in Colorado using high quality parts. Many components are sourced locally including filament from Chromastrand Labs and OEM components from Aleph Objects, Inc. Manufacturing defects will be covered for the first 30 days, and forum support will be available.

You can keep up with our progress on the Twoolhead so far here: https://github.com/coloradoprintingproject/twoolhead

Disclaimer: This is NOT a LulzBot® product. Although it’s compatible with LulzBot® printers, this is a third party product from the Colorado Printing Project. LulzBot® is a registered trademark of Aleph Objects, inc.

As soon as the project starts getting backers, I will begin production of the custom printed parts in-house. OEM parts will be sourced directly from Aleph Objects and manufacture of the first Twoolheads will begin as soon as the campaign is fully funded.

Fulfillment of the Twoolheads will be handled by Crowd Supply from their Portland, OR warehouse and LulzBot® TAZ printers will be dropshipped directly from the manufacturer.

LulzBot® TAZ 6 Printers will be delivered within a week or so following the end of the campaign. The TAZ 6 included in the bundle will be a brand new unit straight from LulzBot®. The unit will be fully assembled and calibrated at the factory, including a full test print, which will be included with your printer. In order to ship in a box that can be carried by a single person, the bed assembly detaches to fit inside the body of the printer. Setup involves attaching the bed assembly with thumb screws and making a few electrical connections. James Bruton did a great unboxing video which shows how easy it is. Between the setup of the TAZ 6 and Twoolhead you should be up and printing within the first hour.

This is intentionally a very safe crowd funding campaign; I’ll be manufacturing a small number of Twoolheads in house using mostly locally sourced parts. The only custom parts of the Twoolhead will be produced in house using open source printers, allowing any problems that crop up during production to be solved quickly and with minimal costs.

This also won’t be my first product launch; I was part of the team that brought the LulzBot® Flexystruder, MOARstruder, Dual extruder, TAZ 6, and mini to market. I’ve seen what can go wrong and right in similar product releases and know more or less what to expect.

The greatest risk is firmware bugs or mechanical failure modes that haven’t been caught in the beta and pre-production testing that I’ve been able to run. To mitigate this risk I’ll be constantly updating users on known bugs and fixes and will release any mechanical improvements as soon as they are available. 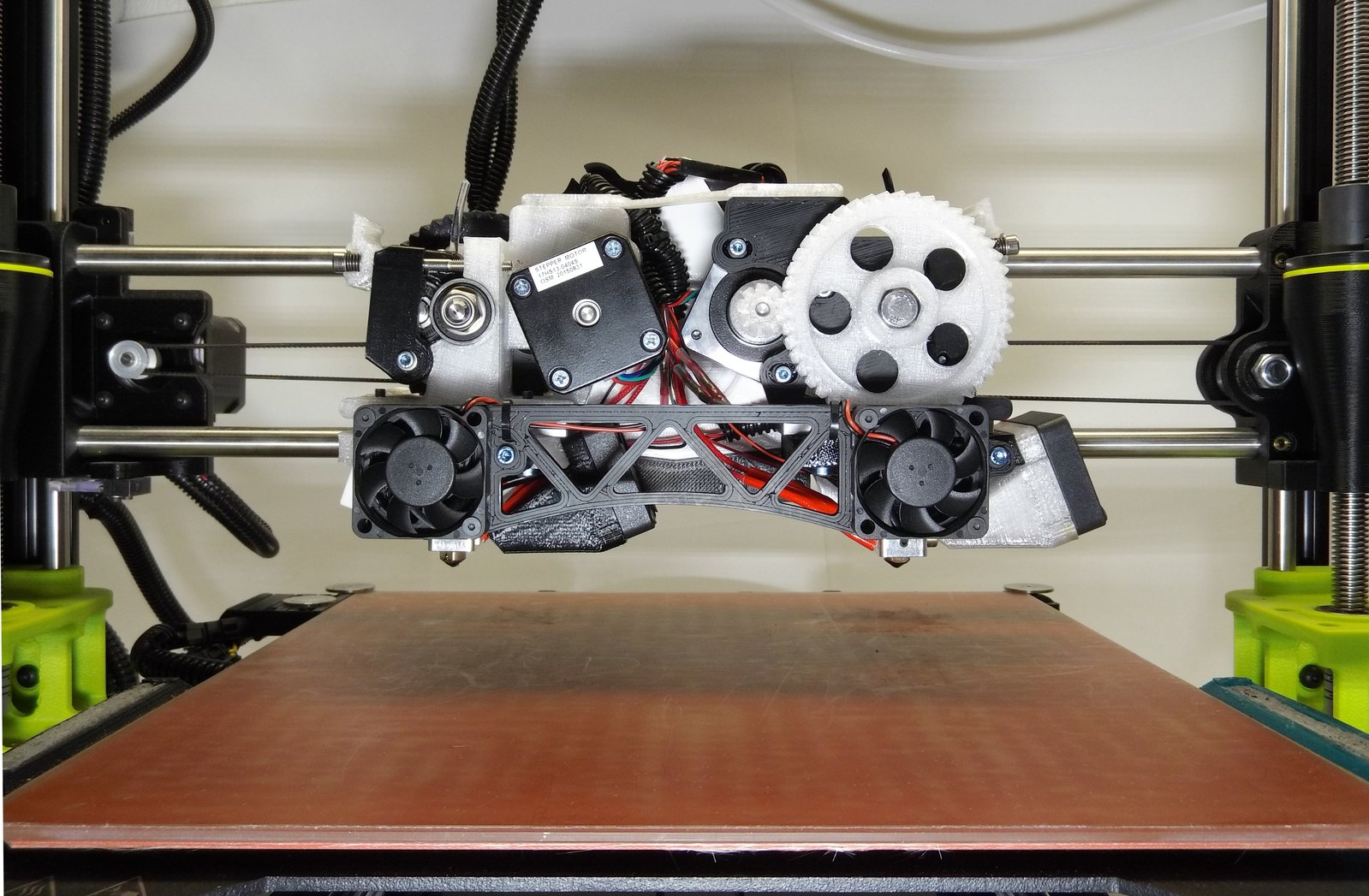 The Twoolhead mounted on a TAZ 6+.

About the Colorado Printing Project

Prior to starting the Colorado Printing Project, I (Bam) spent four and a half years in Loveland, CO as an engineer at Aleph Objects, Inc. There I completely fell in love with the freedom of design and low up front cost that production printing offered.

I started the Colorado Printing Project with the mission of speeding up the development of open source production printing technology. Following the release of Twoolhead I will begin work on more streamlined and higher output devices, working to shrink the gap between prototyping and production. 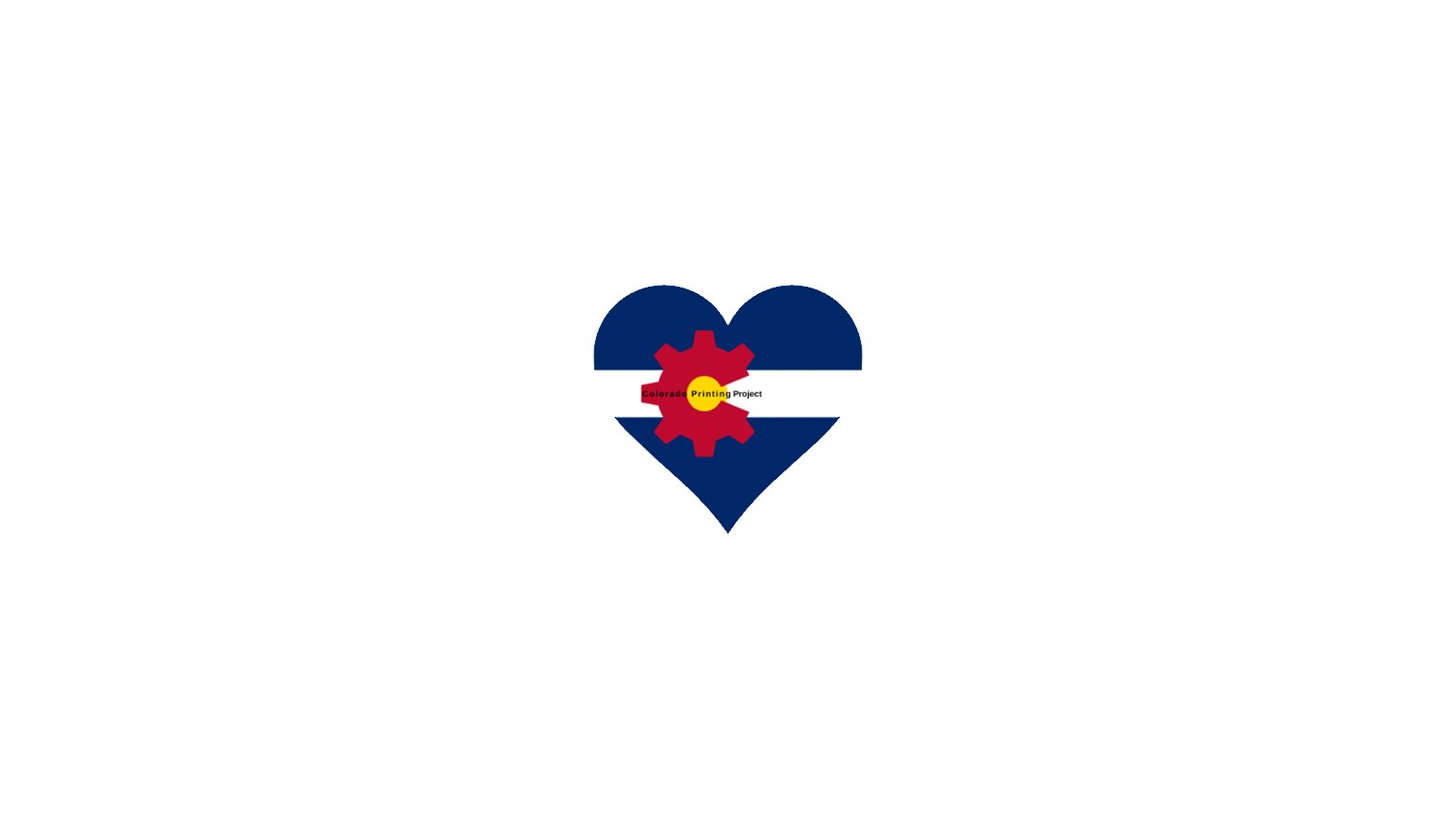 Thanks for helping make the Twoolhead a reality! You will be rewarded with good karma, regular backer updates, and your name will be included in the source material as a part of the team that helped bring this open source technology to life. 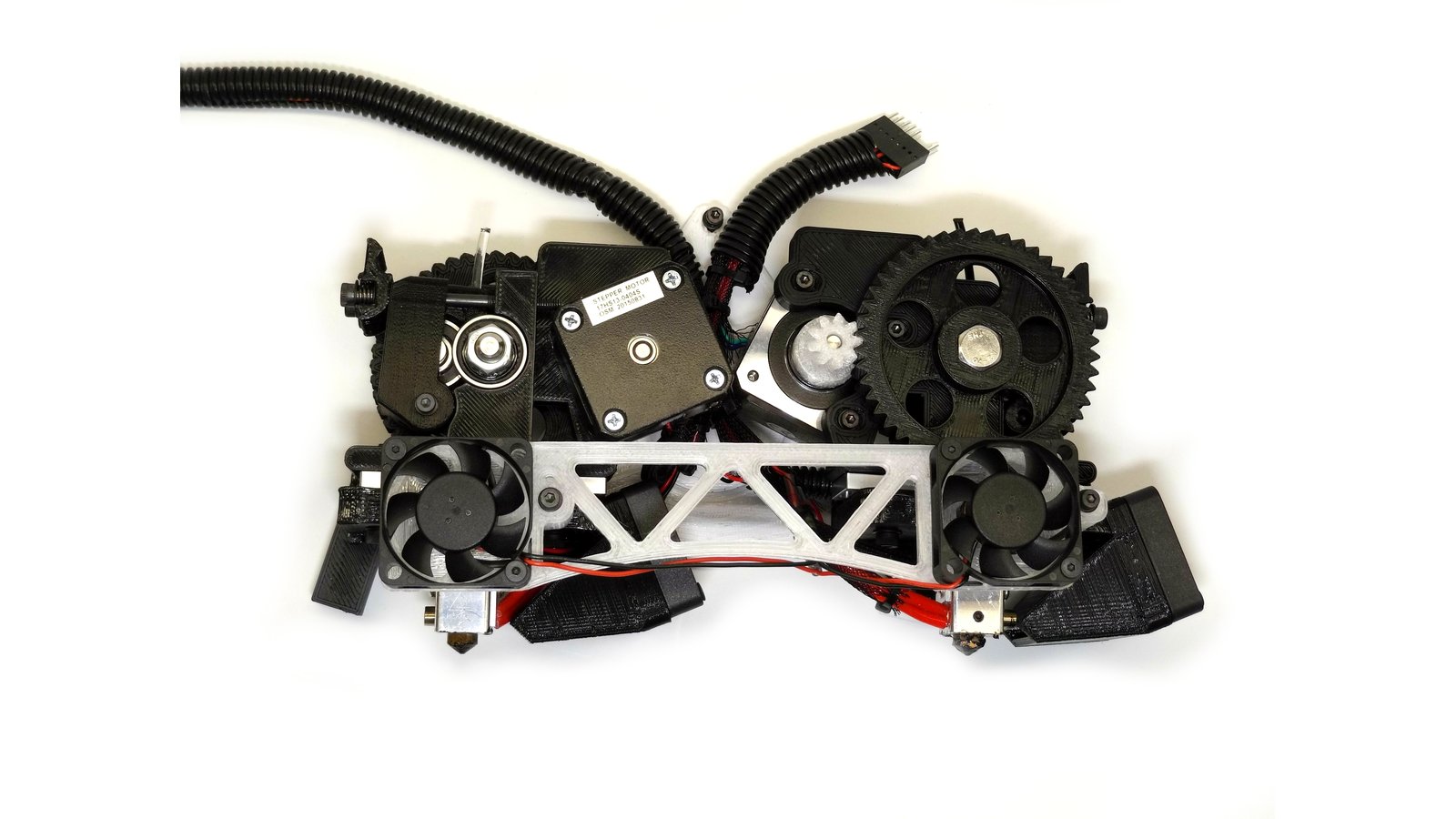 Start making more. Included is everything you need to get started churning out products, the Twoolhead is compatible with LulzBot® TAZ 5 and 6 3D printers. 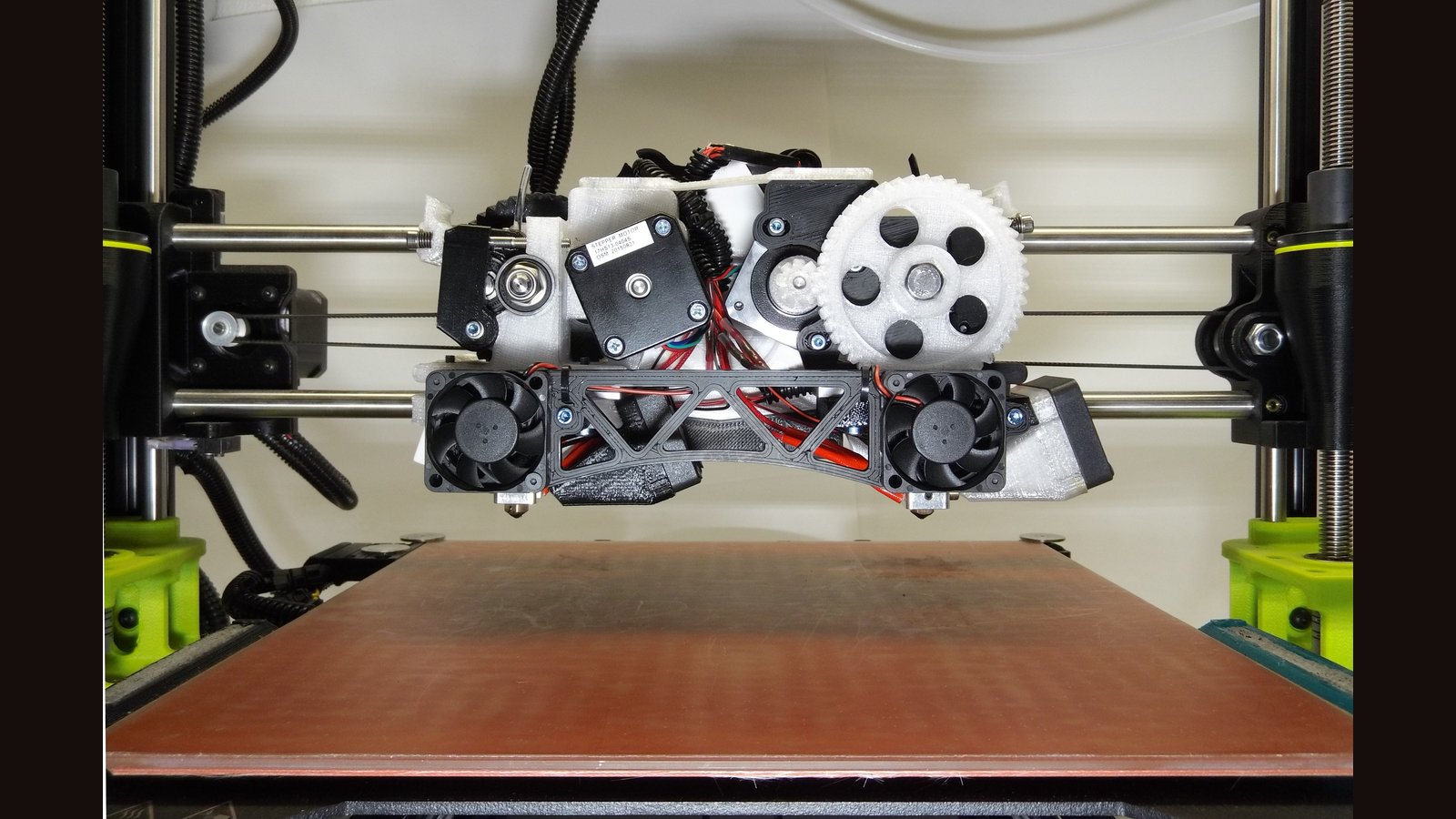 Want the printing power of the Twoolhead but don't have a TAZ printer? Because the Colorado Printing Project is a reseller of LulzBot® printers, you can save hundreds by bundling. The fully assembled and tested printer will be delivered to you straight from Aleph Objects, Inc. and the Twoolhead will be delivered from Crowd Supply's fulfillment center. 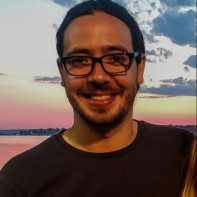 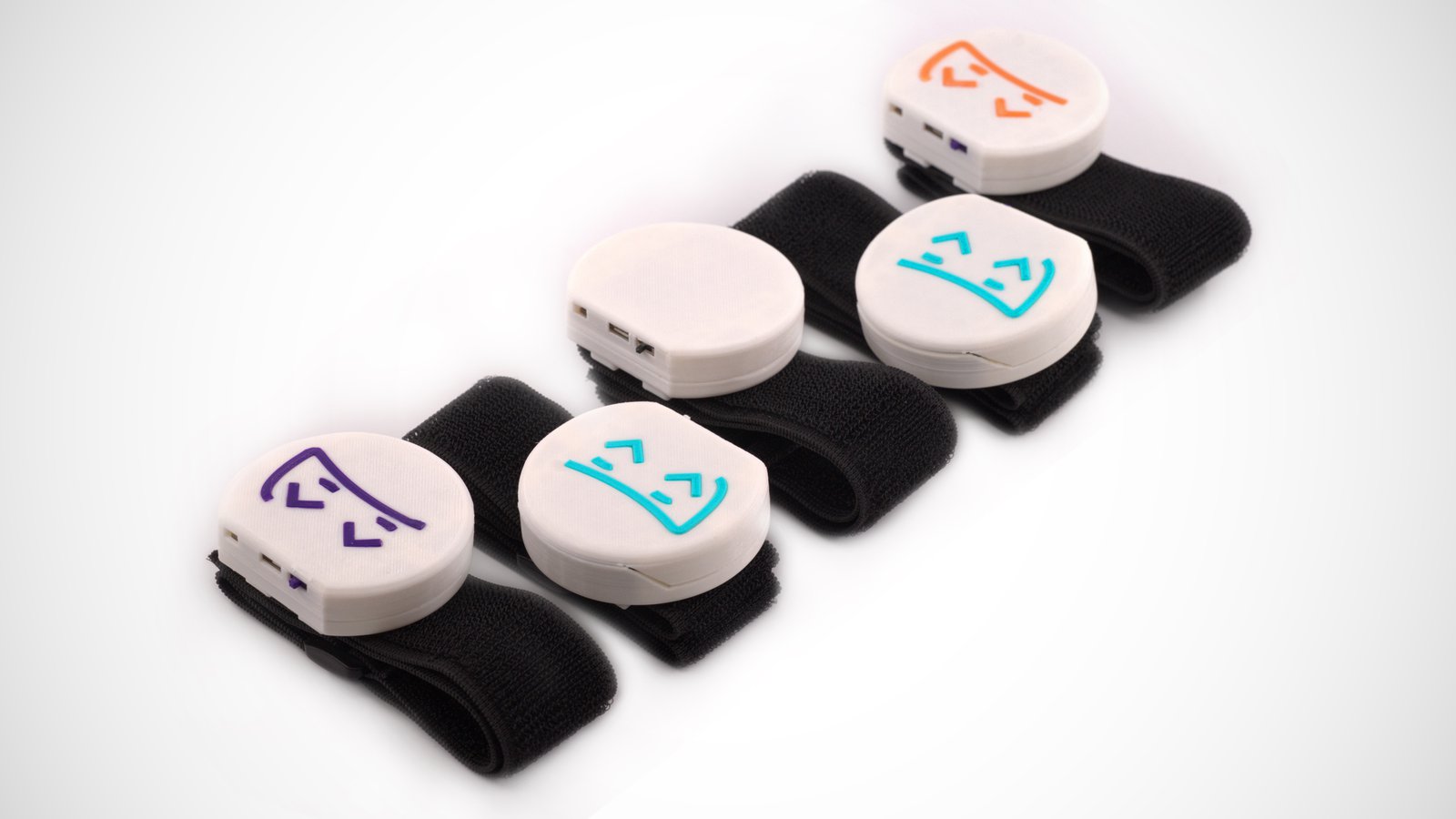 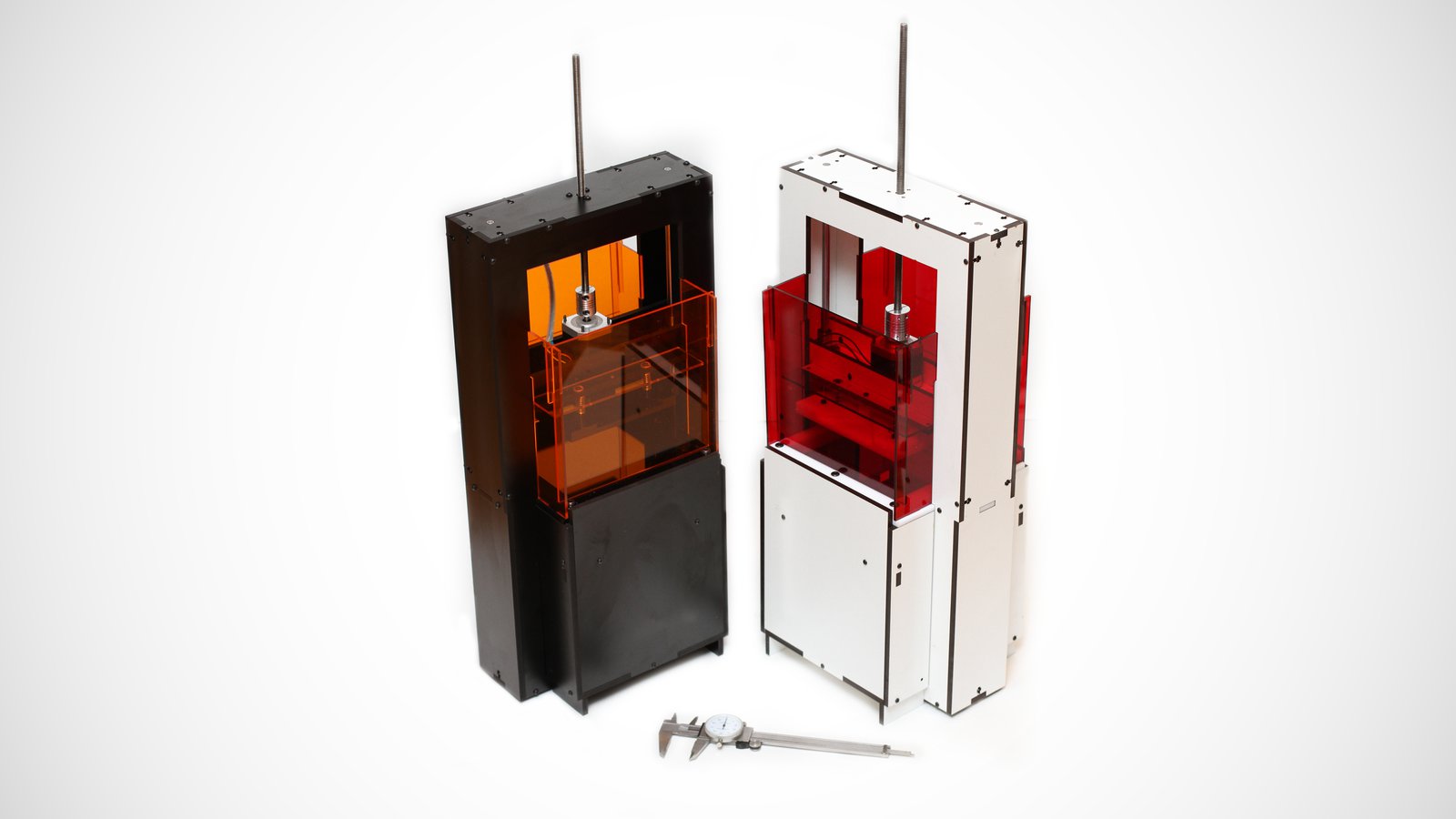