A tap-to-read NFC tag that logs temperature and humidity

Some good news - The first 12 cuplTag PCBAs (HT07R3) arrived from our CEM on Monday last week. Tests on these have been successful.

The resonant frequencies were measured with a nanoVNA. These were found to be within the range specified in the cuplTag datasheet.

The PCBAs have been programmed and configured to work with the web application. Temperature and humidity readings have been taken. These are consistent across boards in the batch. It is also comparable with one HT07R1 unit on a previous batch and a device made by a 3rd party.

3 of the 12 units have been left running for a few days with coin cells inserted. After reading from each several times using my phone, no problems have been observed.

Finally, the track under JP31 was cut on one board (now scrap, not to be shipped), in order to make current measurements with a calibrated Keithley DMM6500. Admittedly this test did not pass the first time. Current consumption was as high as several microamps in standby - well above the specified value of 500 nA. Furthermore, the measurement was not repeatable. It was affected by the position of my hands on the probes and temperature. This issue (first seen on Sunday) has now been resolved. The cause was a bug in the MSP430 firmware, whereby pull-ups and pull-downs on the GPIOs were not specified during initialisation. It was possible to have current flowing through an internal MSP430 pull up and then back to GND through a weak external pull-down on the PCBA. Having made this firmware correction, the HT07R3 now draws 450 nA in standby, as it should, with the test repeated many times.

Having carried out these tests and inspected the PCBs, the go ahead has now been given for our CEM to assemble the remaining 238 HT07R3 boards. Overall, delivery to the crowdfunding backers is running on schedule. Thank you for your support. 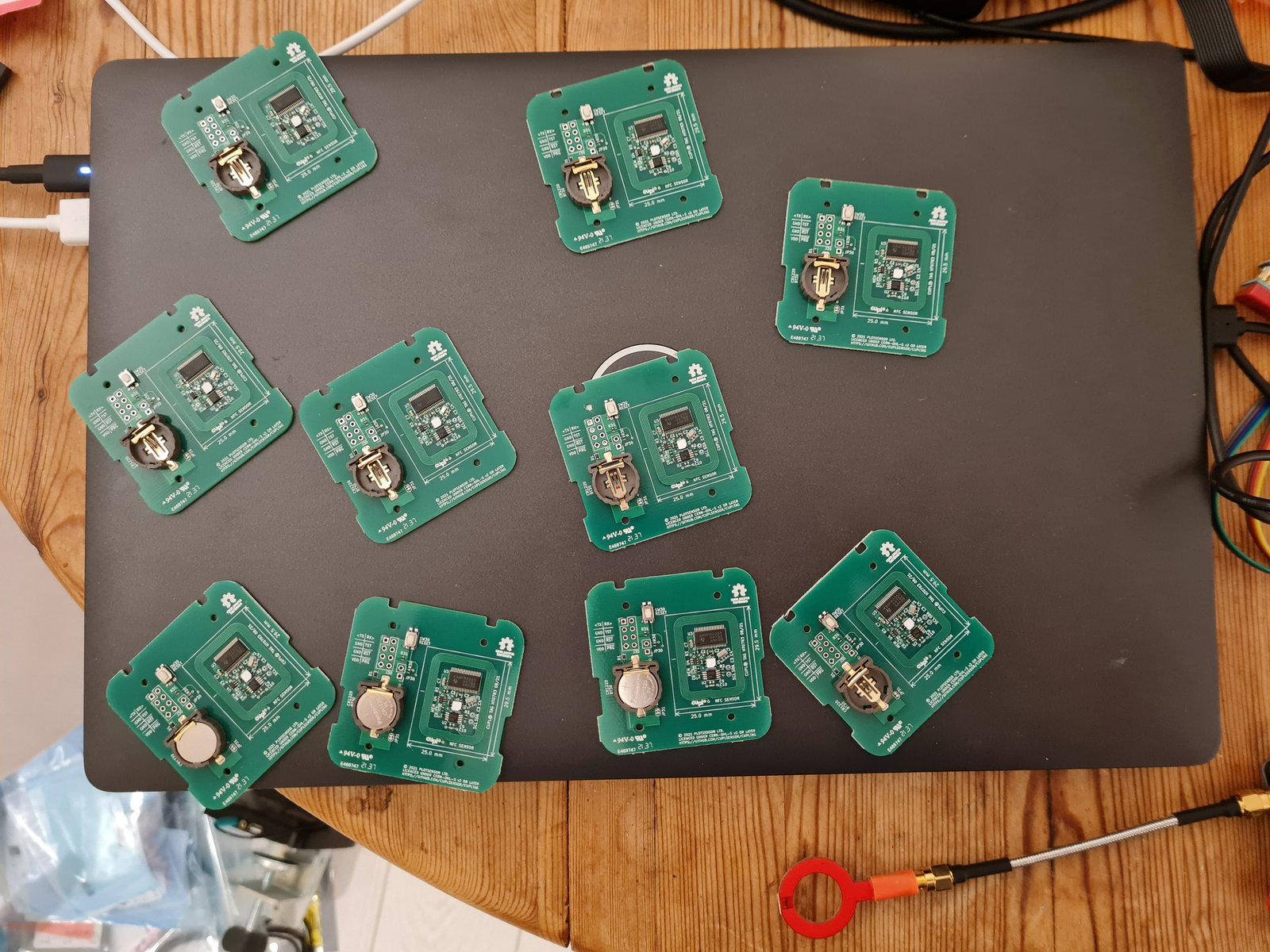