Version 1.2 of the firmware source code has been uploaded to Github. Plus, a demo of using makerPower Solar’s "Night Only" configuration for a Critter-Cam.

Version 1.2 of the firmware source code has been uploaded to Github under the GPL V3 license. This code includes the new Watchdog register that allows switching off power for a specified period of time. Although I’d prefer people not to go into direct competition with me using my own design, the idea behind releasing the code is to allow users a deep dive into understanding how the charger works as well as sharing the knowledge I gained while designing this device.

I live and work in the Rocky Mountain foothills along with a bunch of natives including rattle snakes, foxes, deer, bears and mountain lions. A bear attempted to break into one of our cars this spring and has successfully broken into other cars and homes in the area. I figured capturing an image of the nocturnal shenanigans going on around our house would be a perfect application for makerPower.

I threw together a quick&dirty camera using a USB night Camera that has power-hungry IR LEDs, an old prototype charger, an original Raspberry Pi and WiFi dongle running motioneyeos with a 40 W panel and 18 AH battery held together with a lot of duct tape. To reduce power draw and because I only wanted images taken at night I used the "Night Only" configuration of the charger to keep the Pi shut down during the day. Even so, the Pi’s linear regulator and the USB Camera consume about 366 mA when running resulting in a 3.5-4.0 A/night battery discharge. We have lots of light here during the summer and I estimate that the battery is fully recharged within a few hours each morning. 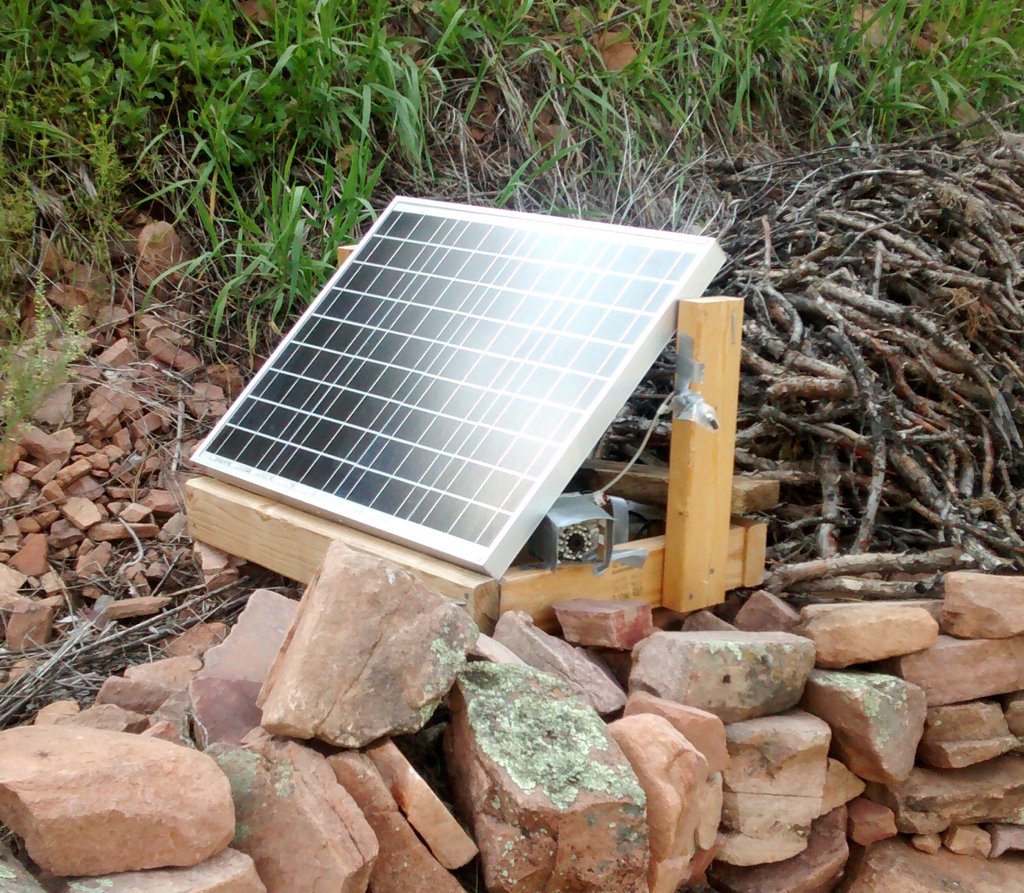 Although we’ve seen bear scat in the driveway, so far all I’ve captured with the camera are some deer. My partner thinks I’m crazy for always hoping a bear will stop by each night… 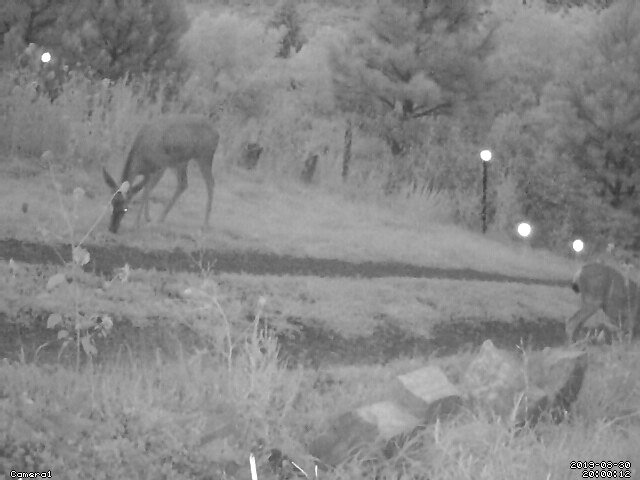