The Inkplate 6COLOR campaign launched last Friday and it’s already funded! A huge thank you to everyone who supported the project, either by backing or sharing! Thanks to you, we already exceeded our goal and are working on the next step. We can’t wait to start shipping the newest Inkplate to all of you. 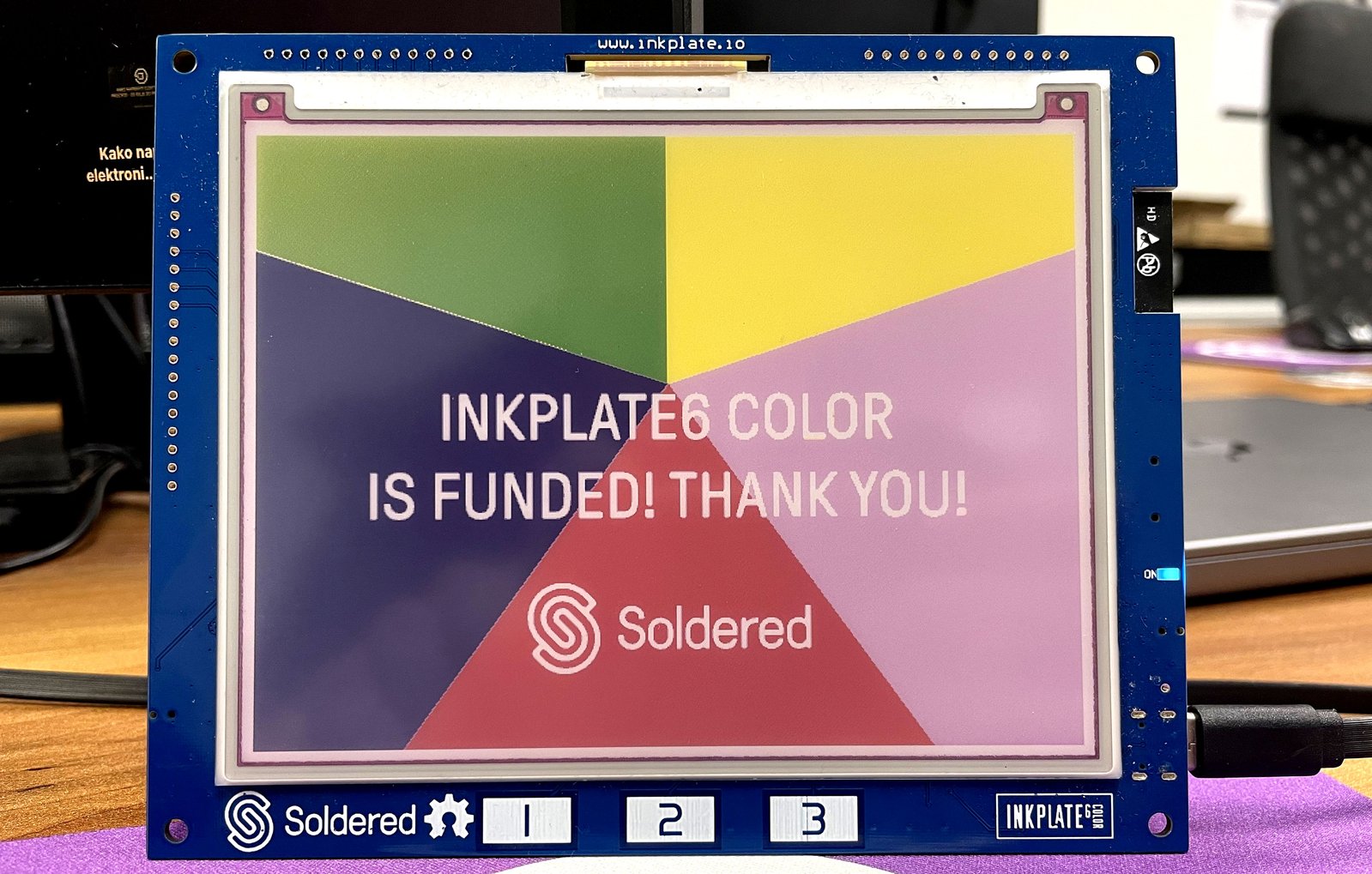 Today, we started preparing for the full production process. We’re running some more tests and will be sending PCBs to production within the next two weeks. We have most of the parts for the assembly already sitting in our warehouse and more are coming our way in the upcoming weeks. As it currently stands, there won’t be any production delays. We don’t want to promise anything just yet due to the whole COVID-19 and chip shortage situation in the world, but so far it seems good. If anything does happen, we’ll keep you posted, as we always do.

Add an enclosure to your order

If you ordered Inkplate 6COLOR with no enclosure, but you’ve changed your mind, have no fear. You can change the order while the campaign is still running. To do so, contact Crowd Supply’s customer support. No matter if you get the custom 3D-printed enclosure with your order or not, the source files for the 6COLOR enclosure will be available by the time Inkplate 6COLOR ships, so you can print your own in crazy colors if you wish!

If you’ve looked at our Github repository, you might have noticed that our Arduino library for the Inkplate 6COLOR is a bit lacking. No worries! We’re working on it as I write this. It will be finished in a few days, so you can inspect the examples and projects we have prepared for you. For example, ready-to-use projects from the library include:

And there are more on the way! Also on our TODO list is to complete the official documentation for the 6COLOR, which will be done soon as well.

Every campaign so far has been exciting and this one is no exception. The whole team has been working tirelessly on this project, and words can’t describe how we felt when we saw it was funded within the first 24 hours. Let’s just say the office feels sunny right now, even though the weather outside is dark and cloudy.

We’ll keep you updated as time goes on and we have more stuff to share. Until then!