Thank you for getting us where we are now and for helping us achieve our goal of $4,500. With more than 100 orders we have gathered $6.181 and successfully funded our goal. As soon as the campaign ended, we have switched our focus to manufacturing and shipping Maker Displays as soon as possible. Here is what we have done.

Small changes were needed to the PCB. On the prototypes, we have had the JST connector opposite polarised. We also added marks to the programming pins so if someone is connecting its own programmer, now it is easier. Components needed to be ordered as well. Total of 80.000 LEDs, 600 LED driver, 250 ESP8266 and numerous number of other components have arrived. We do have experience with building such products, so PCBs and parts were at our warehouse quite soon after the campaign finished. Our Pick and Place was also programmed prior to receiving the parts, so everything was ready to start going. Here is short video of Pick and Place placing some LEDs on the Maker Display2.

You can see the machine picking the parts from the feeder, which holds tape of very small 0603 LEDs. The head, part which moves, picks and places the components, takes 3 LEDs at the time. It goes to the camera to check if parts have been correctly picked up and at which angle. Computer vision is used for this. Afterwards, the head goes over the PCB, compensates the angle and places the component with brilliant precision. 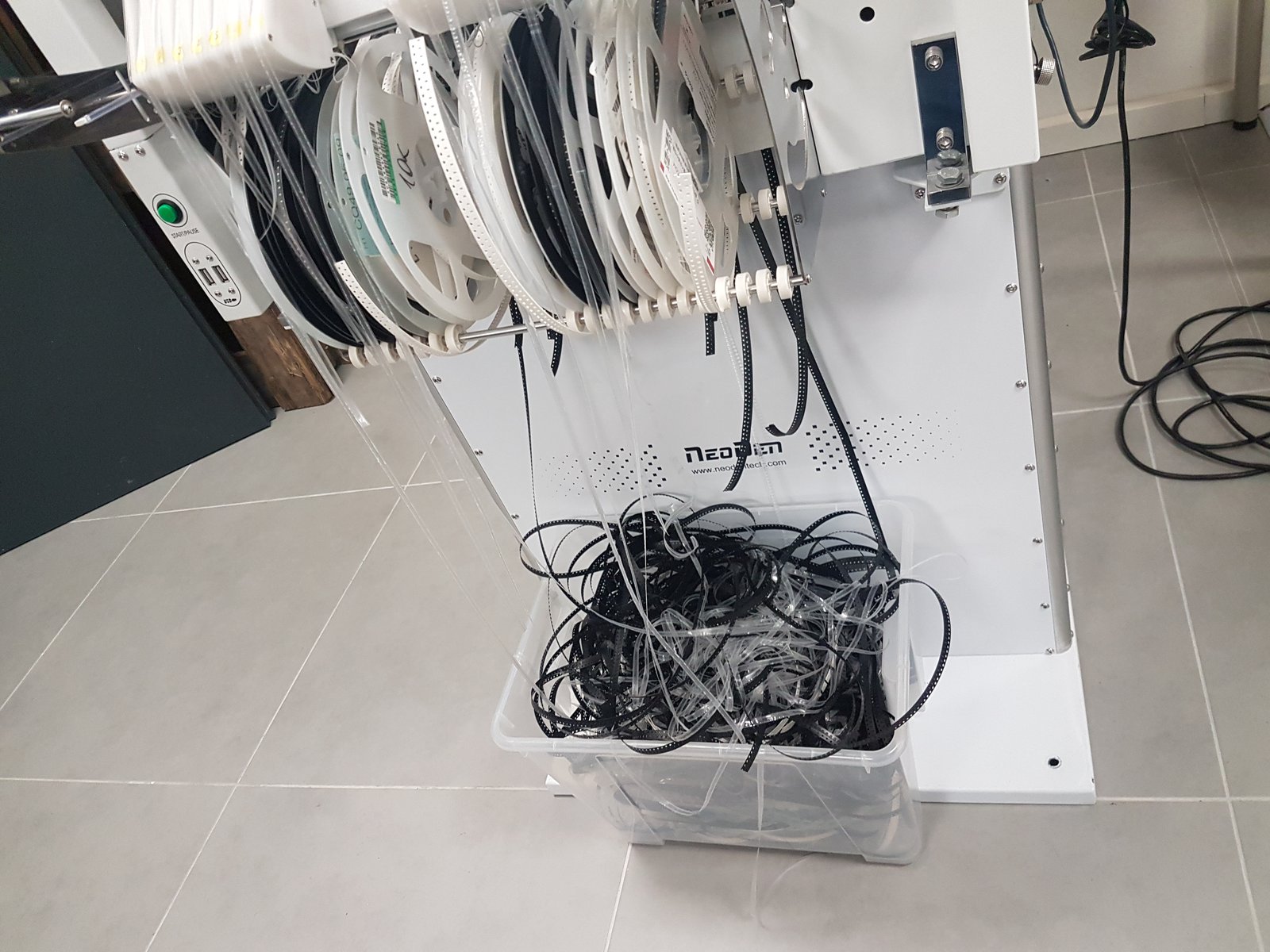 Remains of the placed LEDs

After the boards come out of the Pick and Place machine, they go to the reflow oven, where they are soldered. Upon exiting, they are tested, uploaded with test code and finally packed and shipped!

Here come some statistics. Total number of displays ordered while crowdfunding is 117, which includes 27 of Maker Display2 and 90 pieces of Maker Display4. We initially wanted to start the campign with only smaller display, but it seems like the larger one was the big hit! Color-wise, white was the most popular, outperforming other colors by 3 times. Other colors were almost equally selected. The last option was to pick between Basic kit, which was only the display, and the Advanced kit which included easy-to-use programmer. The number of Basic kit order surprised us, it is only about 40% of the orders, while Advanced kit ordered 60% people. This means bigger parts of our backers are people who know what they are doing and probably already have some kind of a programmer for ESP8266. Some graphs following: 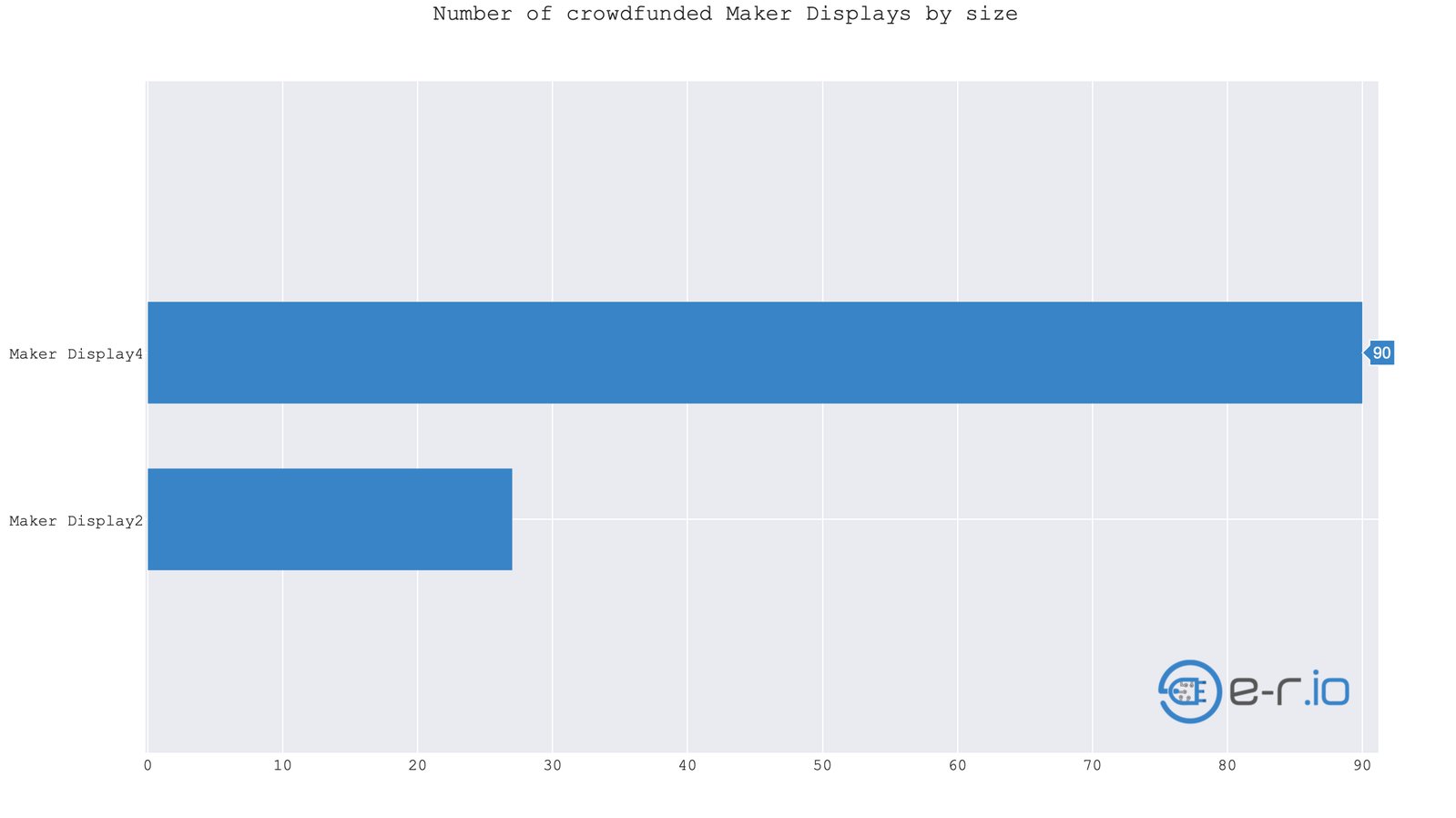 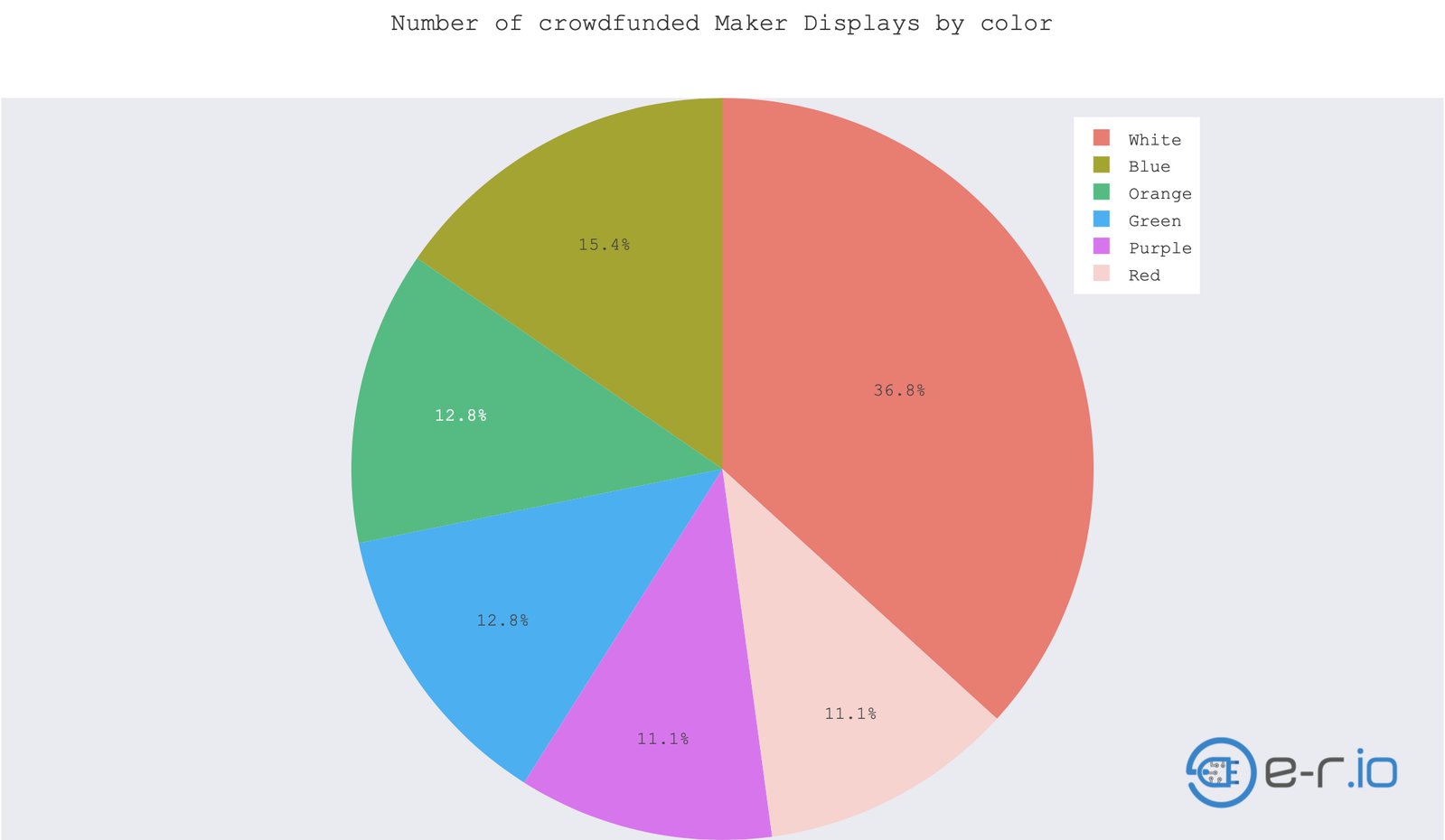 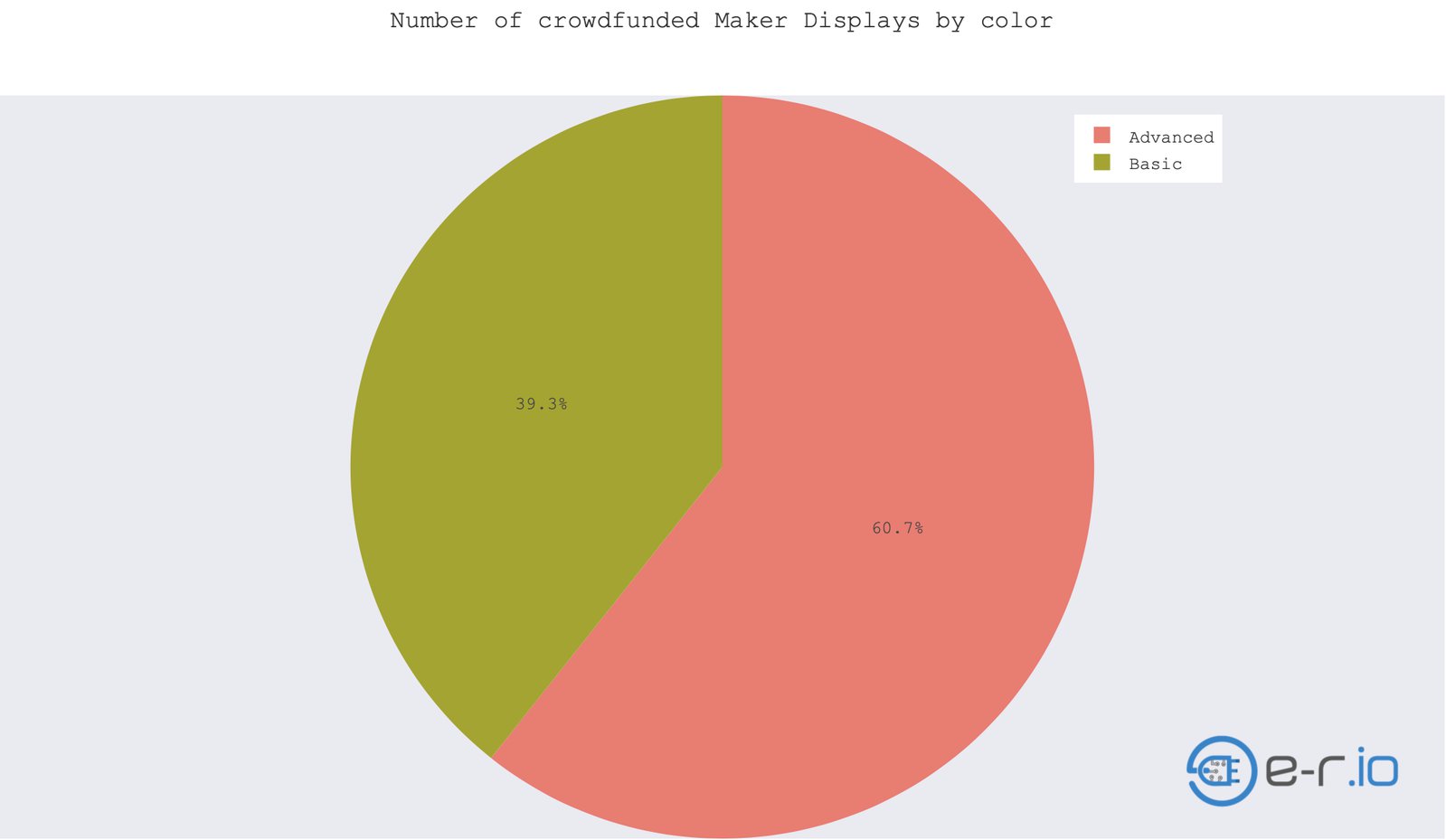 We have already started shipping Maker Displays, starting with smaller display. Bigger display shipments will begin ending this week. Backers will receive an email as a confirmation of the shipment. There are no tracking number to the shipping, but the shipment is sent via air mail. If you address has changed, please update your order via your account page.

For all questions, we are always available!