The Opposite of the EOMA-68 Modular Laptop

I asked David if he would write a guest update about his experiences of dealing with an older laptop. The complexity of the design contrasts greatly with that of the EOMA68 15.6" Laptop Housing. He kindly agreed to summarise his insightful experience, below:

Inspired by the EOMA68 Crowd Supply campaign’s ideas to reduce e-waste and shake up laptop design, I dug out my old laptop to see if I could put it to work doing something useful. Purchased in 2002, I retired it from everyday use about five years ago, long after many people would have replaced it with a faster shinier model. For the curious, it’s a Samsung V20 that originally ran Windows XP and apparently needed a 2 GHz Pentium 4 to do so. Although that sounds great for power users of the time, it’s a choice that had consequences for the rest of the laptop’s design. 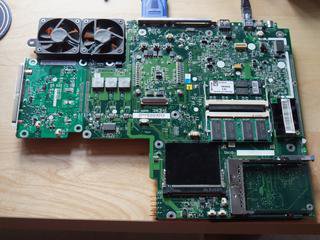 Pulling the motherboard out of the case and flipping it over, after the usual ordeal of prising apart snappy, sharp plastic pieces with screwdrivers and fingernails, the most obvious feature is the cooling system. All that metal is complemented by two fans to keep the air flowing over the radiator! Possibly the single heaviest component inside is the battery (not shown) which weighs 466 g (just over 1 lb on the kitchen scales). Since I’m keeping the unit connected to a mains supply, I won’t need this and I certainly won’t miss it. 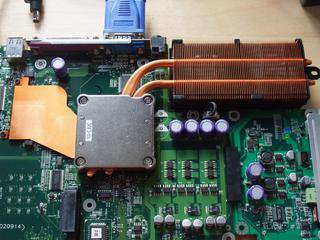 Modern laptops obviously have more efficient batteries with improved energy densities, but there’s only so much improvement you can expect when the other components are so power hungry. One of the compelling things about the EOMA-68 powered laptop design is the thought that has gone into the power budget of the device. The processors available in 2016 are so much more efficient than the legacy ones from 2002 that we don’t have to consider including a small brick-sized battery to keep the laptop running. Why trade weight for computing power when we don’t have to?

In the photos of the laptop that David exposed and is keeping functional, the complexity of the design is clearly apparent. Huge heat sinks and heat pipes, a densely populated and really quite large PCB on both sides (which is costly to manufacture). Chances of repair and ongoing maintenance: absolutely zero. The only reason that David is even considering keeping this machine going is down to years of experience with computers - something that most people simply do not have time to do.

By contrast, the EOMA68 Laptop Housing is kept to a bare minimum out of pure necessity: it’s a simpler design that’s been made using tools that the average electronics engineer could conceivably imagine owning… so that they can make or repair these devices, for themselves, or for other people.

The main PCB (PCB1) is only 6" square with a small extension for the USB ports, and is approximately only 30% populated with components, only on one side. PCB2 (for the keyboard and mouse) is very small and has around 30 components on it, and PCB3 likewise. Here are some pictures taken last year: the first shows the 3 PCBs wired together and assembled in the 3D-printed case, whilst the second is a partially-populated PCB (USB2 connectors in the top left corner to give an idea of scale). 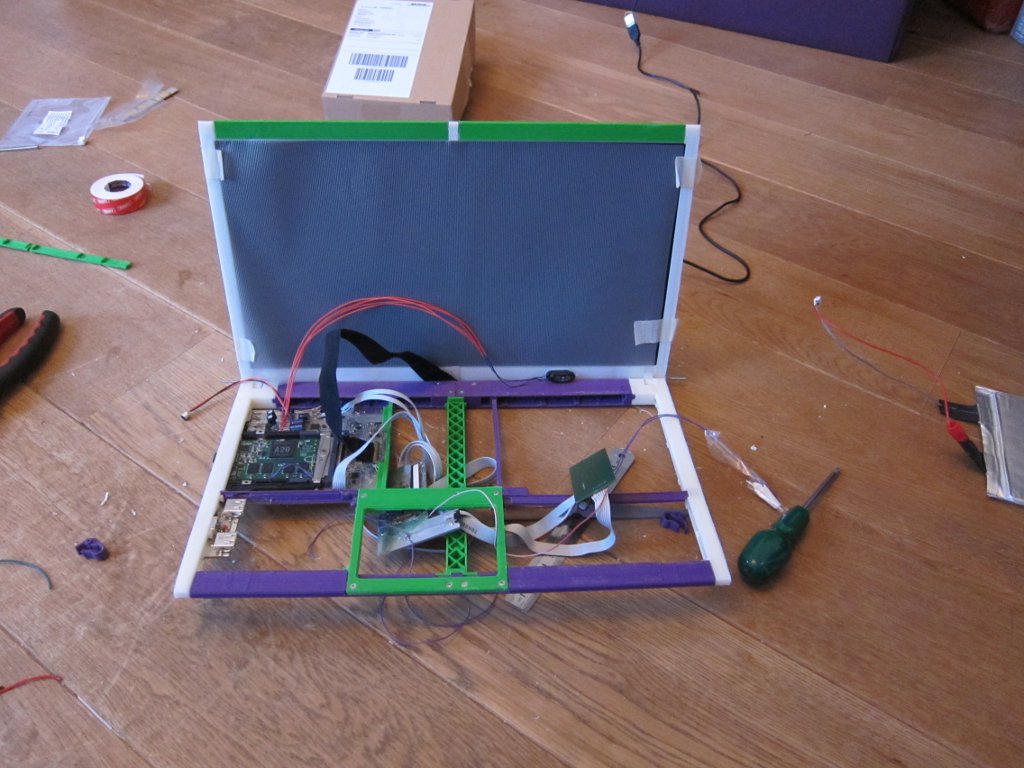 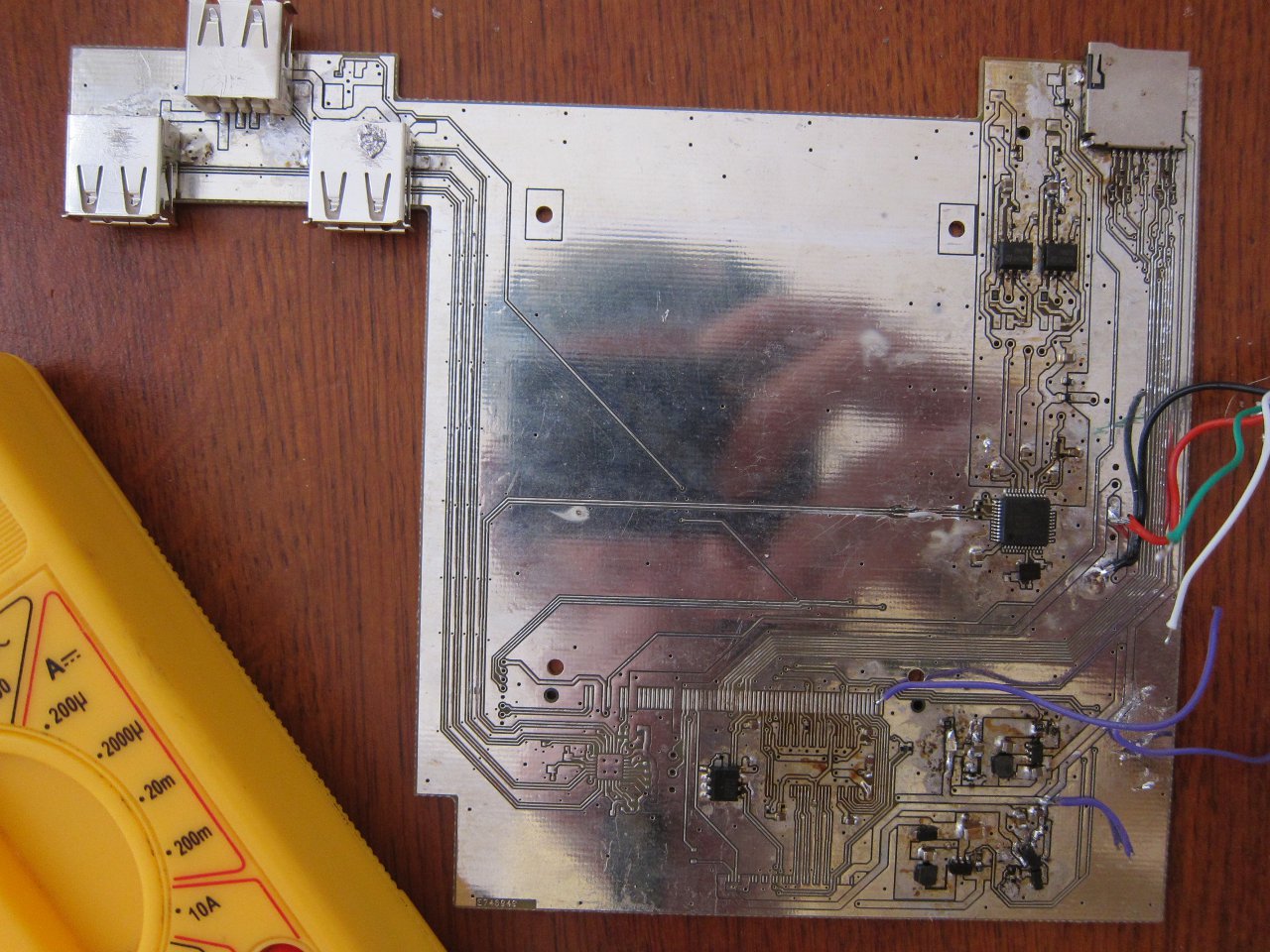 It’s a totally different concept to actively design a laptop so that it can be maintained and kept in active service because it’s upgradeable.