Procurement of the chips turned out to be a lot more difficult than we expected. We literally had to run after some of the parts to buy them. We also had to modify the final PCB several times with the replacement parts. We had problems with the following parts:

In summary, we are almost done with procuring. We just need to get the LMX2594 ICs. EMPA promised to deliver them around Oct 4th.

Some of the procured parts

After the completion the campaign run, we made a test PCB just to fine tune the 50Ω transmission line. We were not getting a very nice 50Ω in the campaign prototype at higher frequencies (above ~10GHz). We had to do this because generating +15dBm at 15GHz (which we promised in the campaign) is a little bit challenging when our simple transmission line is not nicely matched to 50Ω. So, we placed transmission lines in both microstrip and CPWG form onto a PCB with exactly the same stack-up as ERASynth and varied the width and spacing. When we got the test PCB back results were a little disappointing. They were better than campaign prototype, but still far from what we were aiming to get. So, we had to repeat the test PCB run. At the moment, the final prototype is ready but we are still waiting for our second test PCB to fine tune the 50Ω track width. Here are some photos of our test PCB and 3D image of final prototype PCB: 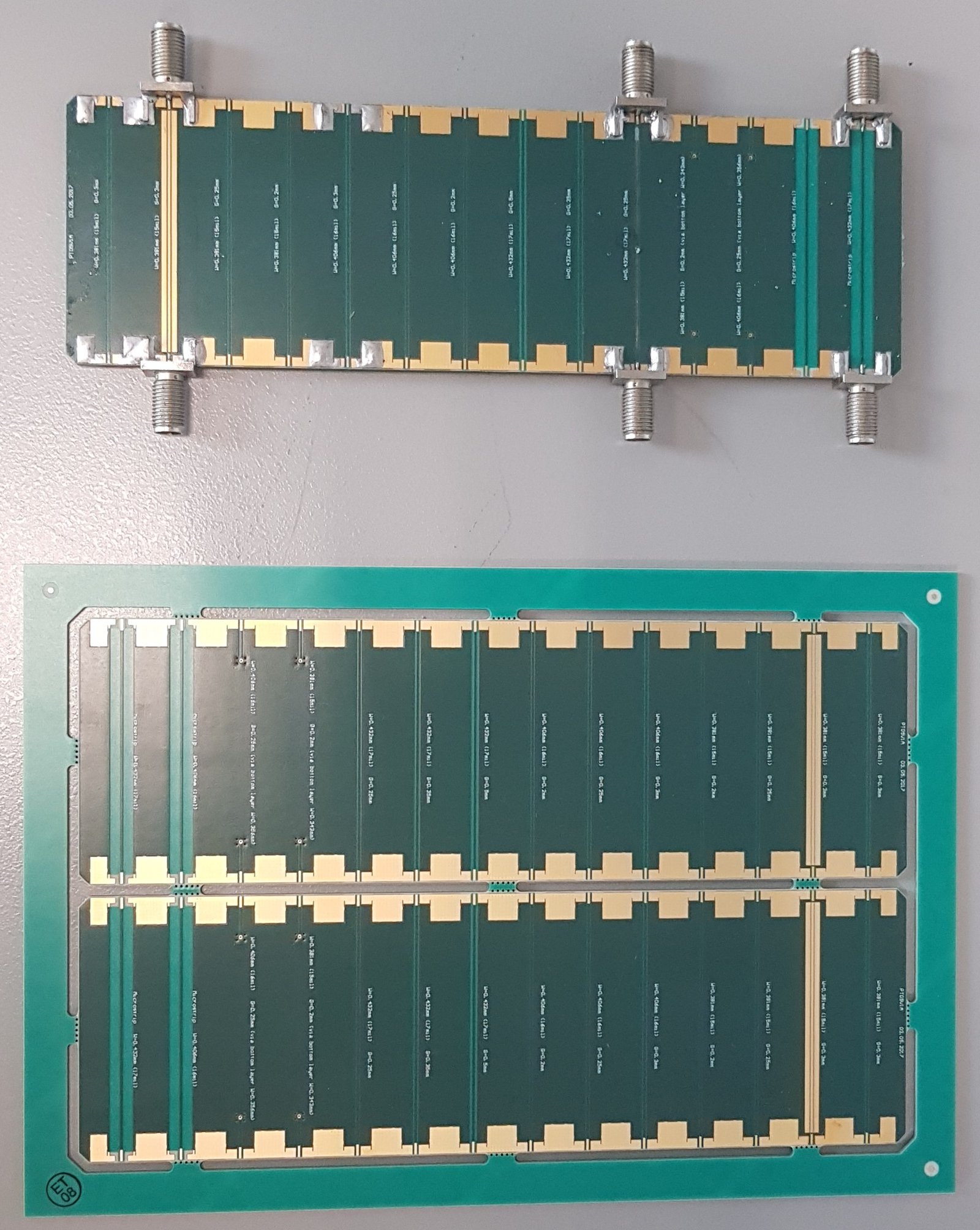 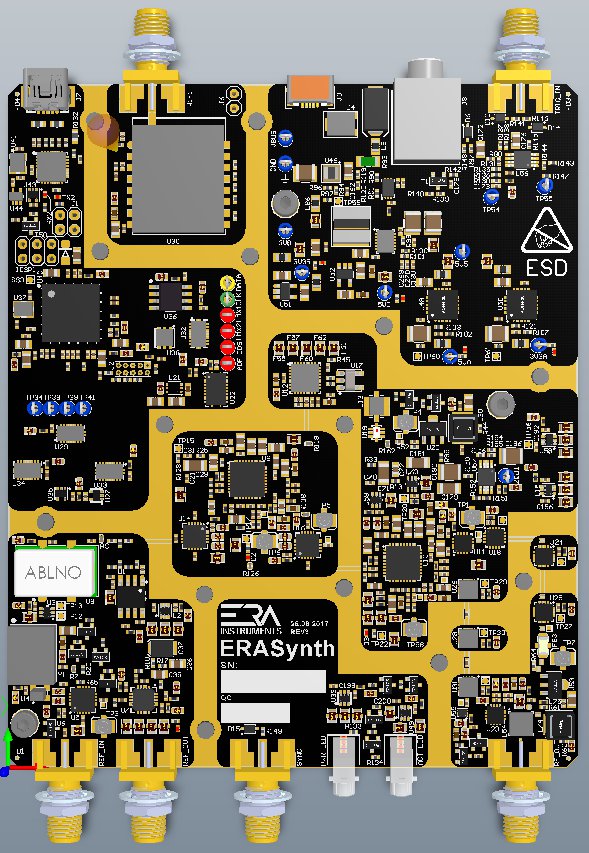 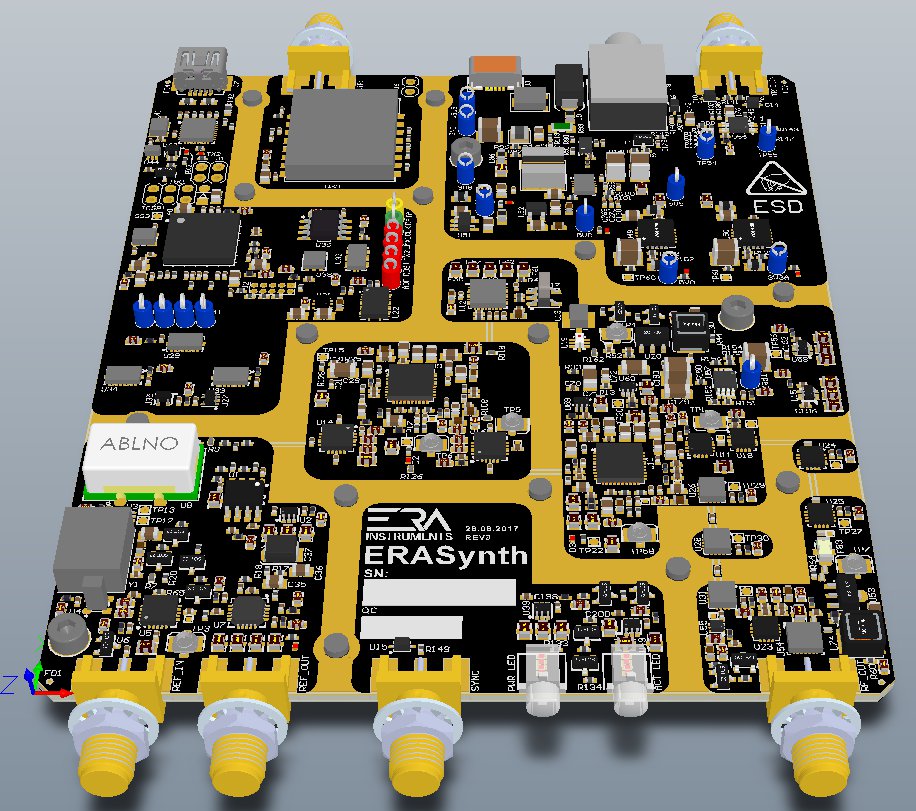 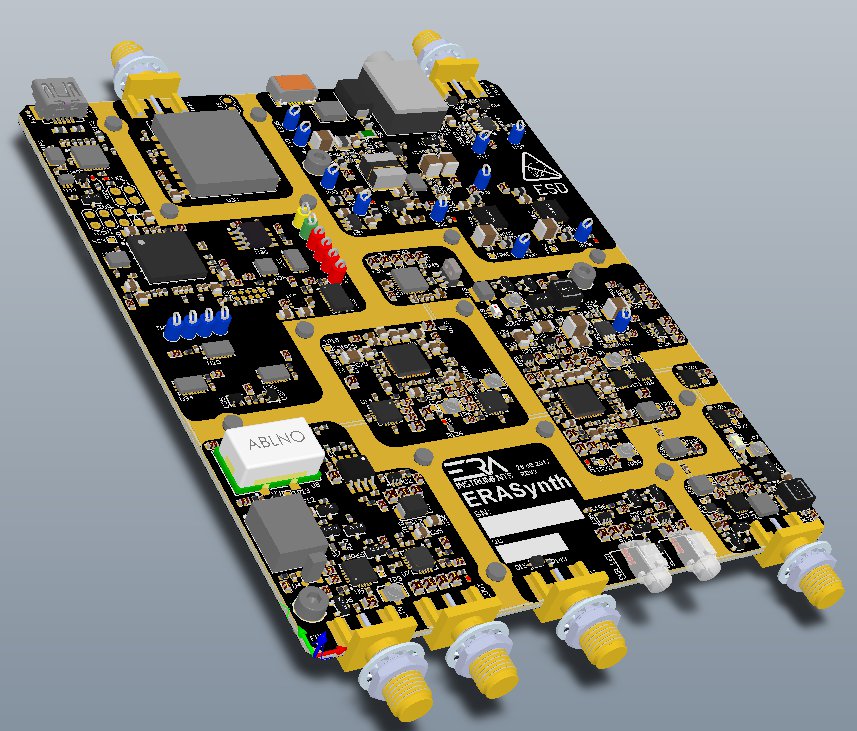 We got an intern from a local university and we gave him the task of developing a PC GUI for ERASynth. We didn’t promise this during our campaign and were just planning to release the serial command set. We will make the sources of PC GUI available on our Github repo as well. Here are several screenshots of the PC GUI: 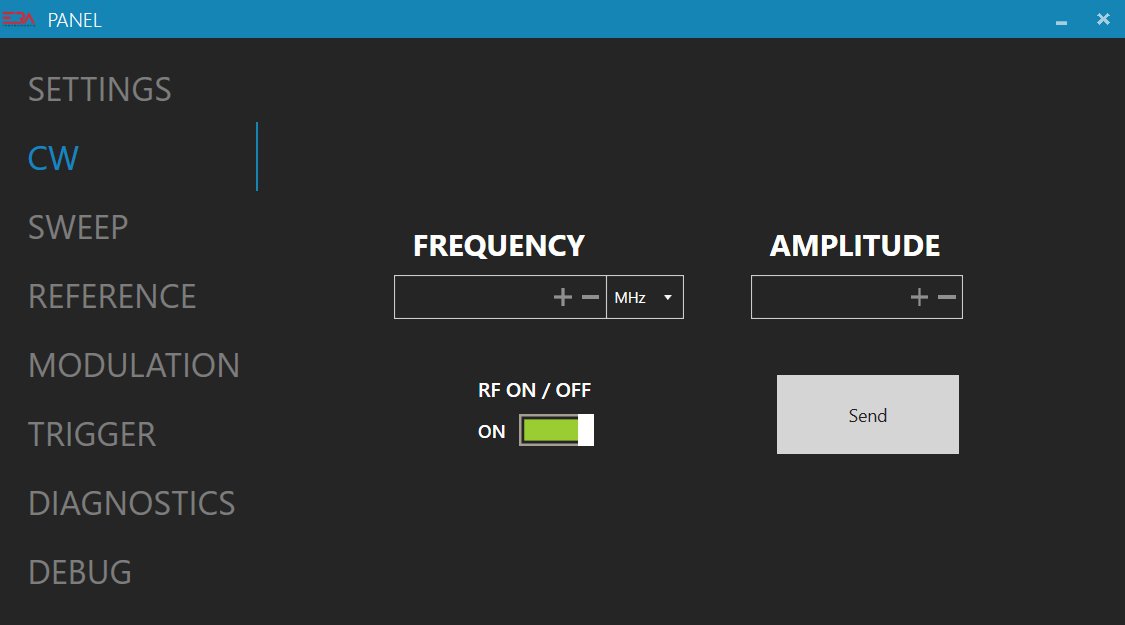 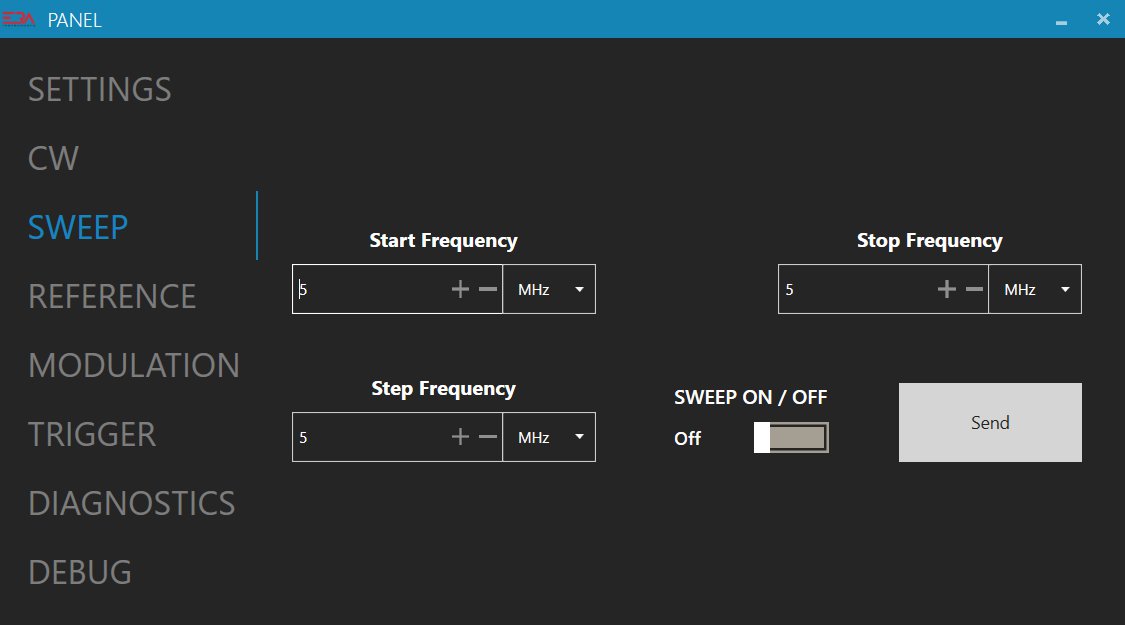 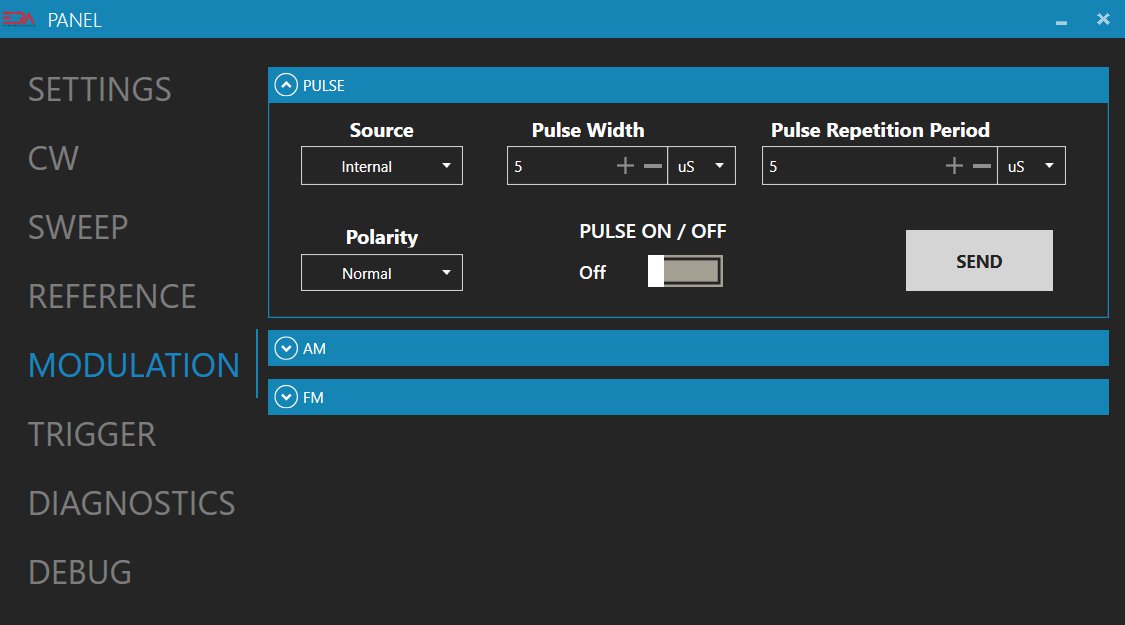 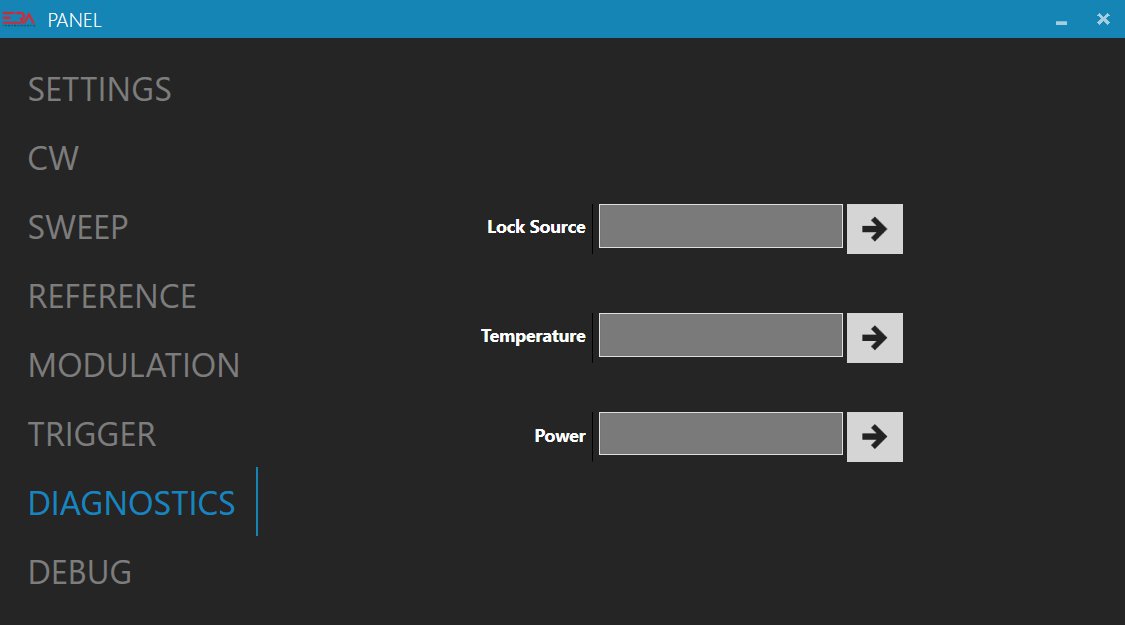 Overall, we did everything we could to complete the project on time, but producing two test PCBs and procurement of some parts will delay us about 30 to 45 days. We apologize for this delay.

We will release more frequent updates from now on. Please keep following the campaign page.