We have received many questions regarding ERASynth’s harmonics spec, which is -10dBc in the campaign page. Specifically, people were wondering why ERASynth’s harmonic levels were not as good as its phase noise or lock-time. There are several reasons:

The harmonics stem from the signal generation mechanism and we cannot do much except use a lot filters if we want to reject them. ERASynth uses highly integrated PLL ICs that have built-in VCOs. These types of ICs usually contain an octave VCO in the GHz range and generate the lower frequencies by dividing the fundamental VCO down. For example, our second revision used ADF4356 by Analog Devices. ADF4356 has a fundamental VCO range of 3.4 to 6.8 GHz. Frequencies below 3.4 GHz are generated by utilizing digital dividers, which produce square-like waveforms. Bench top equipment also generates low frequencies by using digital dividers, but it also provide a lot of filtering by using switched filter banks after the dividers. Switched filter banks are expensive and bulky. In fact, a filter bank to improve the harmonics level of ERASynth to bench-top levels would probably cost more than several times ERASynth itself.

You cannot improve phase noise (at close offsets) using an external filter but you can improve harmonics. Harmonics can be easily rejected with external filters. Many RF engineers have a variety of connectorized filters (usually by Mini-circuits) in their labs. When there is a test requiring stringent harmonic rejection levels, they use these external filters (even with bench-top equipment). For example if you want to measure SFDR of a high resolution ADC (>12 bits), you have to use an external filter to make sure that measurement is not limited by the signal generator. That is why some bench-top equipment manufacturers provide options for enhanced harmonic rejection. For example, option E8257D-1EH by Keysight improves the E8257D’s harmonics by more than 25 dB. But it costs $5,304.

It would only be fair if we compared ERASynth to competitors in its own league. Many of our competitors utilize ADF5355 or equivalent PLL ICs to go up to 13.6 GHz in frequency. Since the signal generation mechanism is the same, we believe competitor harmonic levels are comparable to ERASynth. However, when it comes to sub-harmonics, ERASynth’s final revision will surpass competitors. We are using LMX2594 by Texas Instruments in ERASynth’s final revision. LMX2594’s fundamental VCO range is 7.5 to 15 GHz. Unlike competitors, we do not need any doublers to generate the upper frequencies. Contrary to harmonics, subharmonics may cause problems.

The typical -10dBc spec on the campaign page has some margin in it. We haven’t fully characterized the harmonic levels, they will be better at some frequencies depending on the power level. Here are some measurements from our current prototype: 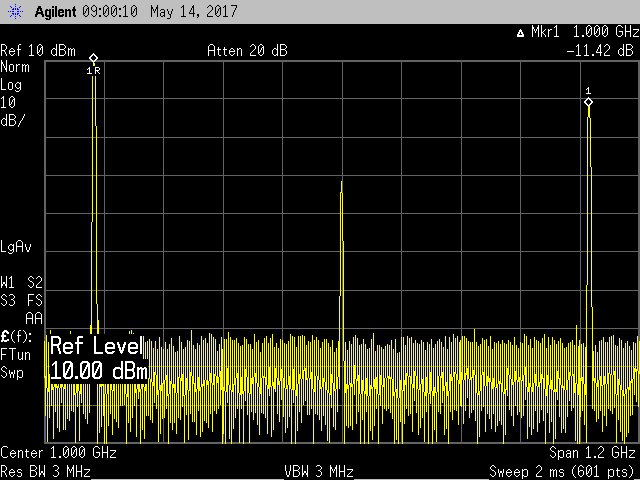 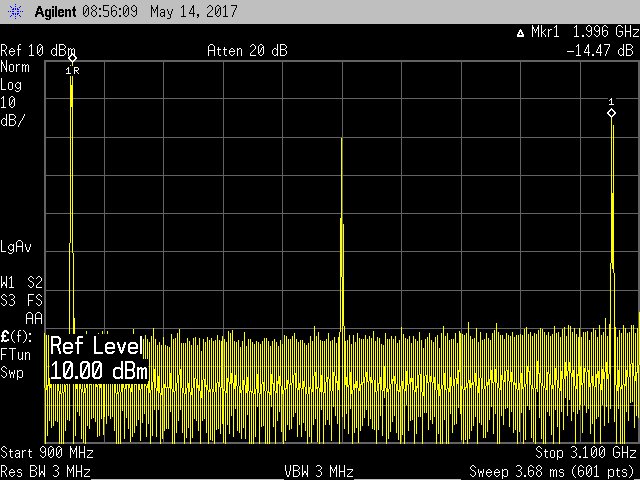 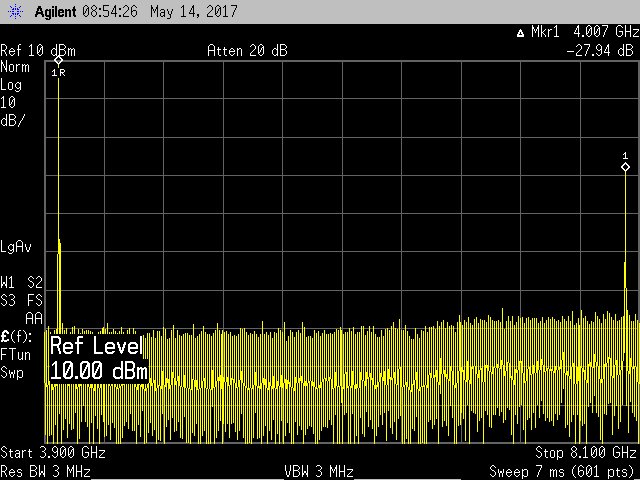 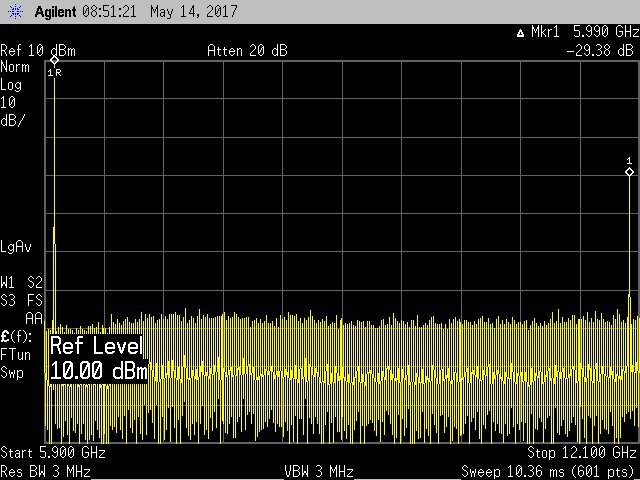