This Campaign is Now Live!

The campaign for I²CDriver is now live! I²CDriver is an easy-to-use tool for controlling I²C devices. If you’ve ever had issues driving, debugging, or capturing traffic with I²C hardware, you need I²CDriver.

During the SPIDriver campaign, many people asked about making an I²C version. This sounded like a great idea — I’d really like one too, because almost everyone who works with digital electronics uses I²C. In fact I’d probably use an I²CDriver much more often than a SPIDriver.

What made me hesitate is my regular experience with I²C, which is often a struggle. I²C rarely works the first time, and it sometimes feels like an achievement just getting it to work reliably. Talking with others confirmed that I’m not alone in finding it difficult to get I²C running smoothly.

So the real goal with I²CDriver wasn’t only to build an I²C driver/monitor/capture tool, but to make one that genuinely helped troubleshoot I²C; to save those hours spent debugging I²C implementations.

As soon as the prototype was running, I bought every cheap I²C device I could find and tried to use them. After a few iterations, the I²CDriver actually made working with them really easy, and that was a huge motivation!

If the I²CDriver campaign reaches its target, I’ll know that it’s helping makers to make things. 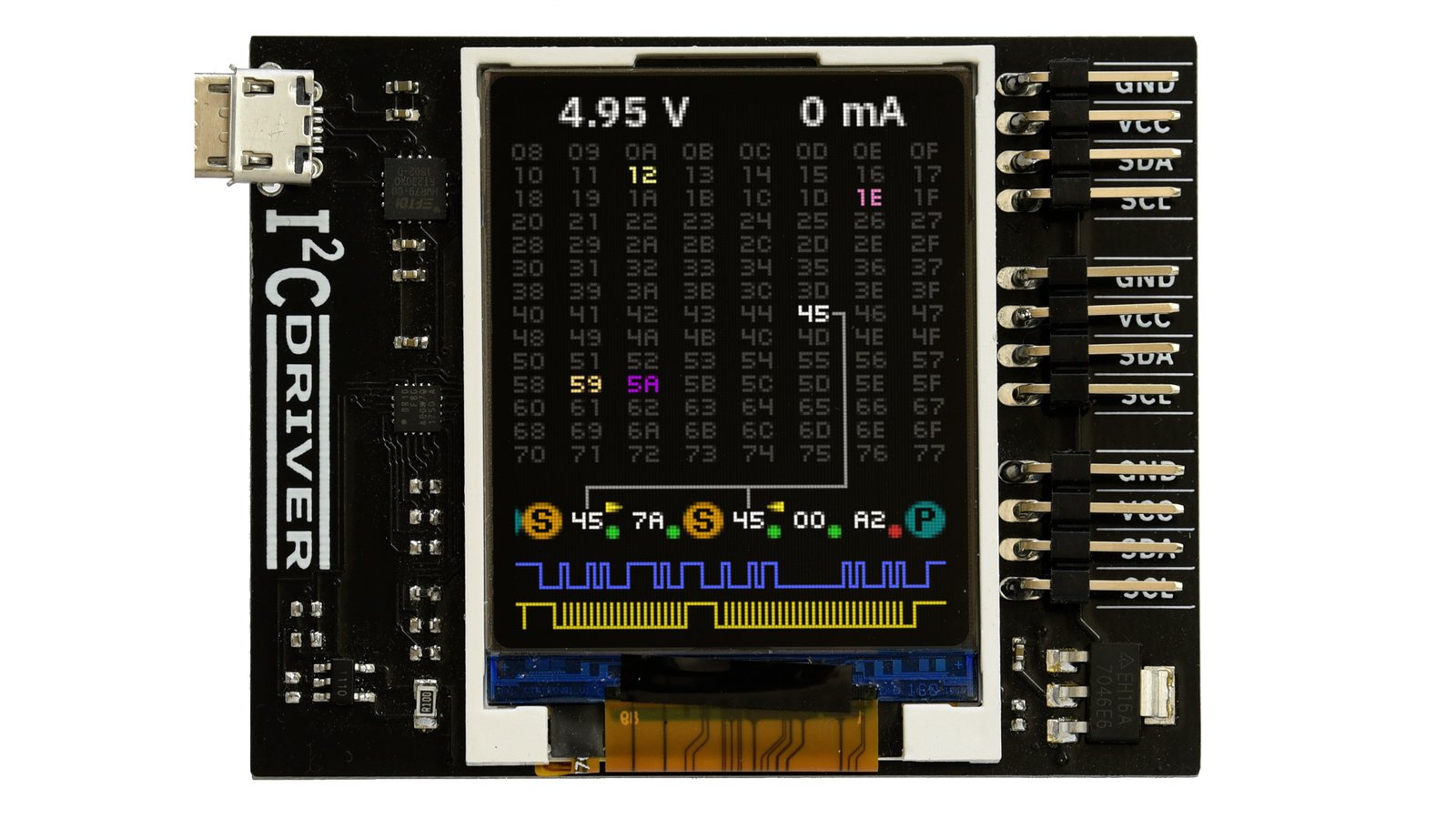