Good news: the first batch of XTRX and PCIe adapter boards are on their way to the Crowd Supply warehouse. Bad news: the USB3 boards have to be reworked, but should ship in about a month.

Shipping the First Batch of Orders without USB3 and Octopack

We’re excited to share that after all the delays, all orders from the first batch which don’t include USB3 adaptor or Octopack are finally ready for shipment. We’ve sent five full boxes of XTRX, PCIe adapters, and cables to Crowd Supply, who should start sending individual orders next week. You will receive shipping confirmation email with a tracking number when your order ships. If you haven’t already and still need to, please update your shipping address now by logging in to your Crowd Supply account. For more information about fulfillment, please see The Crowd Supply Guide.

Preparing for mass production always involves a lot of effort to streamline everything as much as possible, and testing of units coming from a production line is usually the biggest challenge. Sergey has spent the last few weeks preparing a test bench prototype which allowed us to test the first batch in less than a day — the test bench allows testing of four XTRX units simultaneously, which gives a good testing throughput. But that’s not the limit and we plan to further improve the test bench for future batches to increase testing speed even more and be able to run more tests.

We received PCIe and USB3 adapter PCBs from the fab last week, according to the plan. 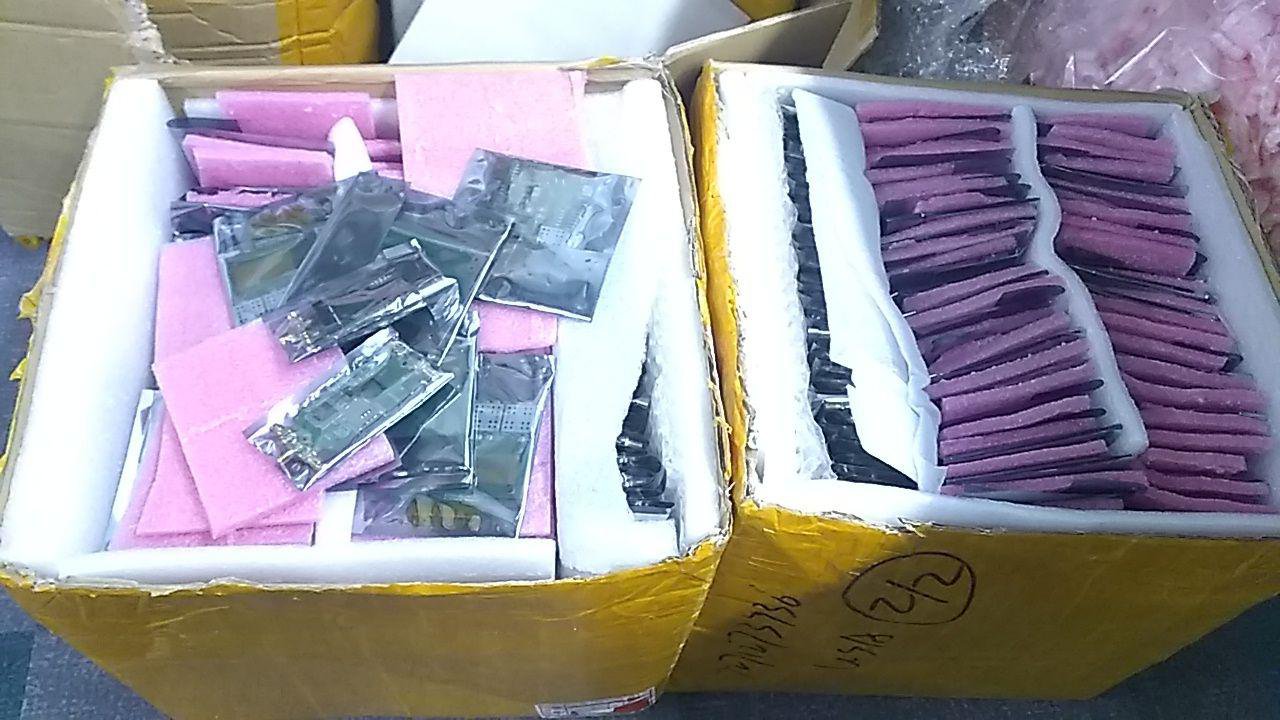 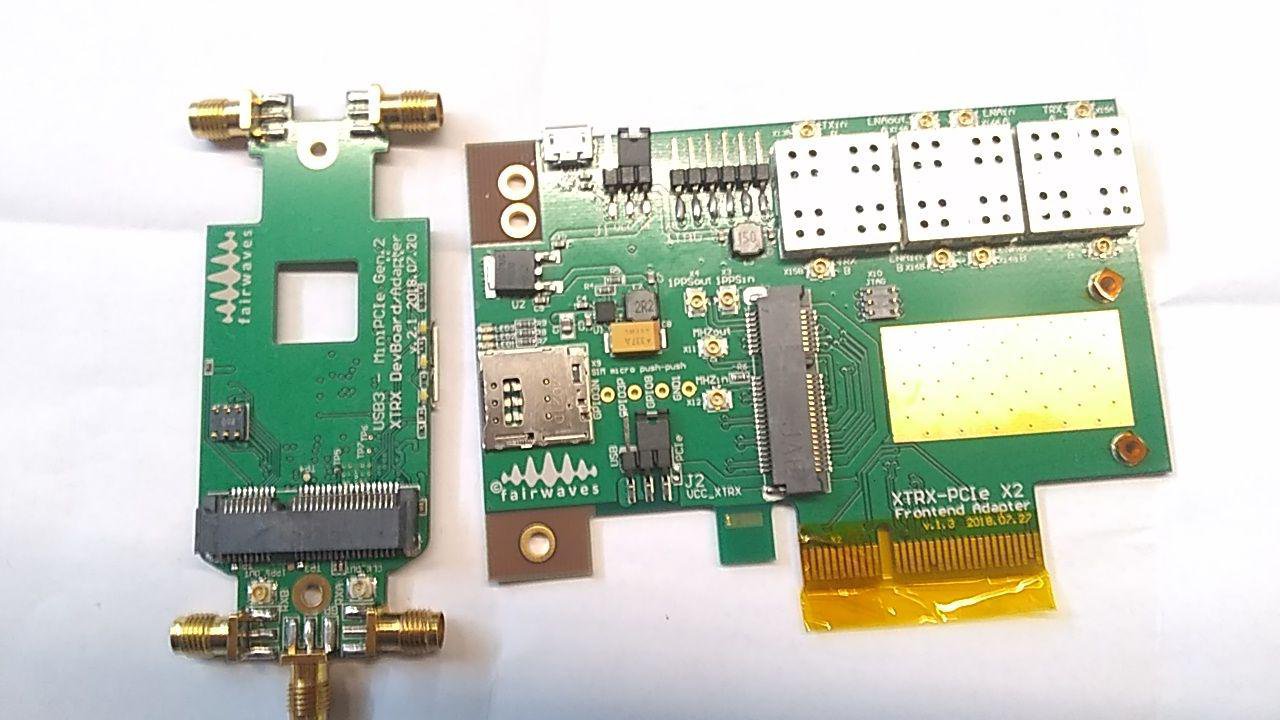 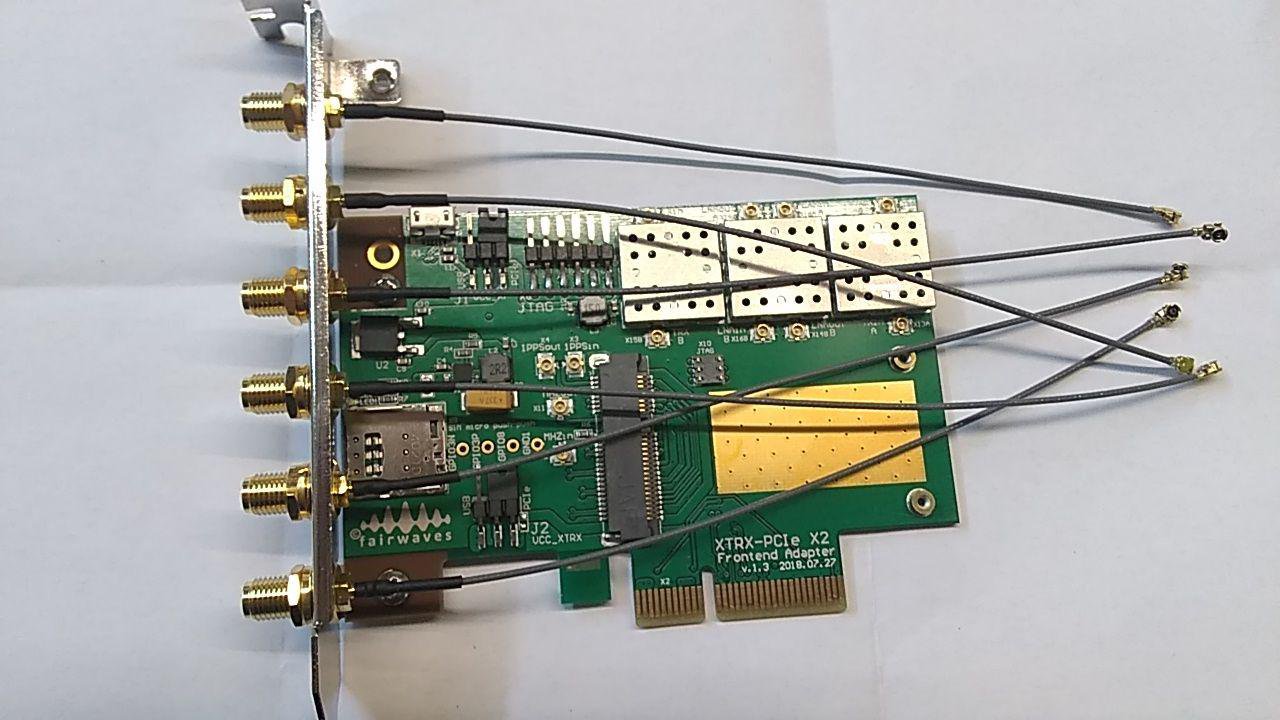 PCIe adapters are about to ship to backers (see above), but USB3 adapters have to be reworked, unfortunately. The main functionality of the board (i.e., converting from PCIe to USB3) works perfectly but the miniPCIe connector on the board is of a different brand and - more importantly - of a different height than we originally specified. In the picture below, you can see the PCB on the left is what we most recently received from the fab, while a prototype version we received earlier is on the right. With a different height, the XTRX doesn’t have contact with the JTAG connector (a 6-pin connector on the right side of the PCB) and doesn’t have contact with the heatsink, making it unusable for us. 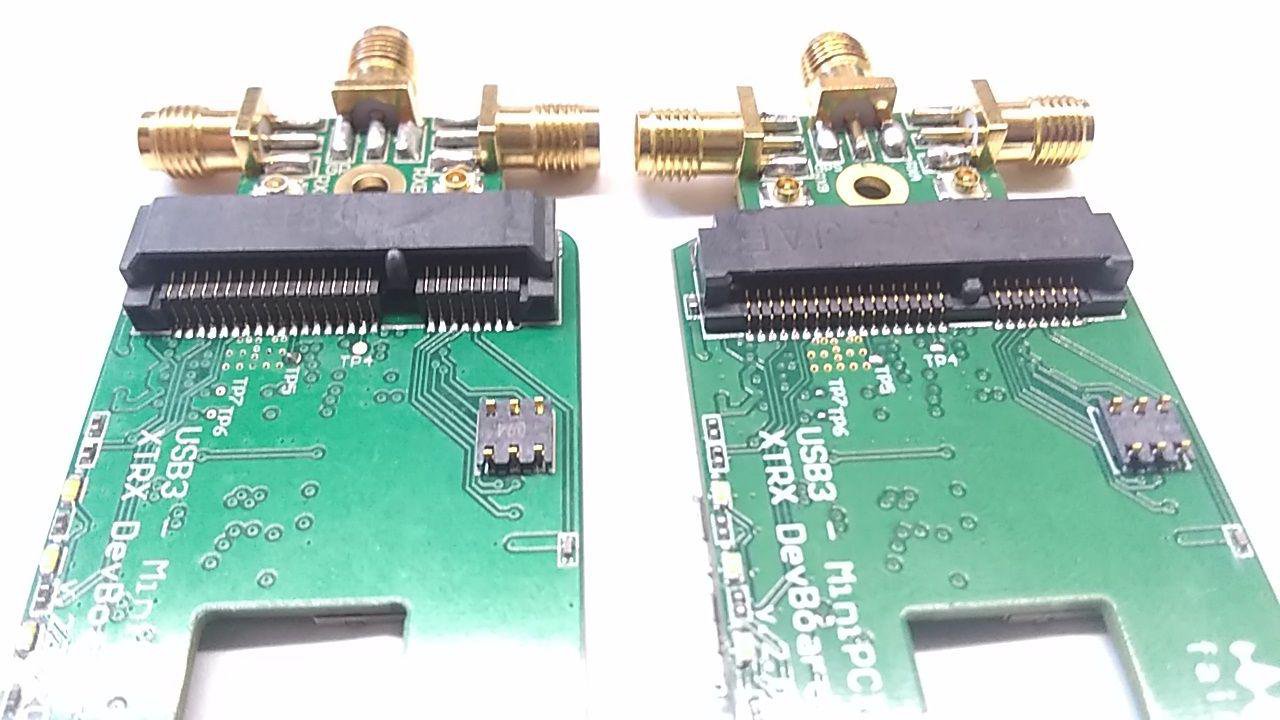 It’s not yet clear why the wrong connector was installed by the fab, given that the prototypes and PCIe adapters came with the correct connectors. They have promised to investigate this and make sure this doesn’t happen in the future.

In the meantime, they have agreed to rework all the USB3 boards to replace the connector - which will most likely take 2-3 weeks, including shipping the boards back and forth. Taking this and the USB3 enclosure manufacturing timelines into account, we’re most likely looking at the first half of October to ship orders with USB3 adapters. You can see the estimated shipping date of your particular order by logging in to your Crowd Supply account.