First of all, I want to say how happy we are to have received our first orders for XYNC as a part of this campaign. All of our XYNC customers so far have been companies and R&D labs with long procurement cycles, and it is thrilling to see some of them coming through on short notice.

In the meantime, backers have raised important questions about the power consumption, power supply, and cooling of XYNC, so we decided to address them in this update. 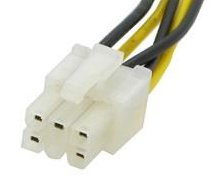