While I was out of town for the holidays, a big box was delivered to the shop.

"Wait, aren’t you a PCBA? Why did you outsource the circuit board assembly?"

It is true that Great Big Factory is set up for small-to-medium run PCB assembly. Here I am posing with the SMT line: 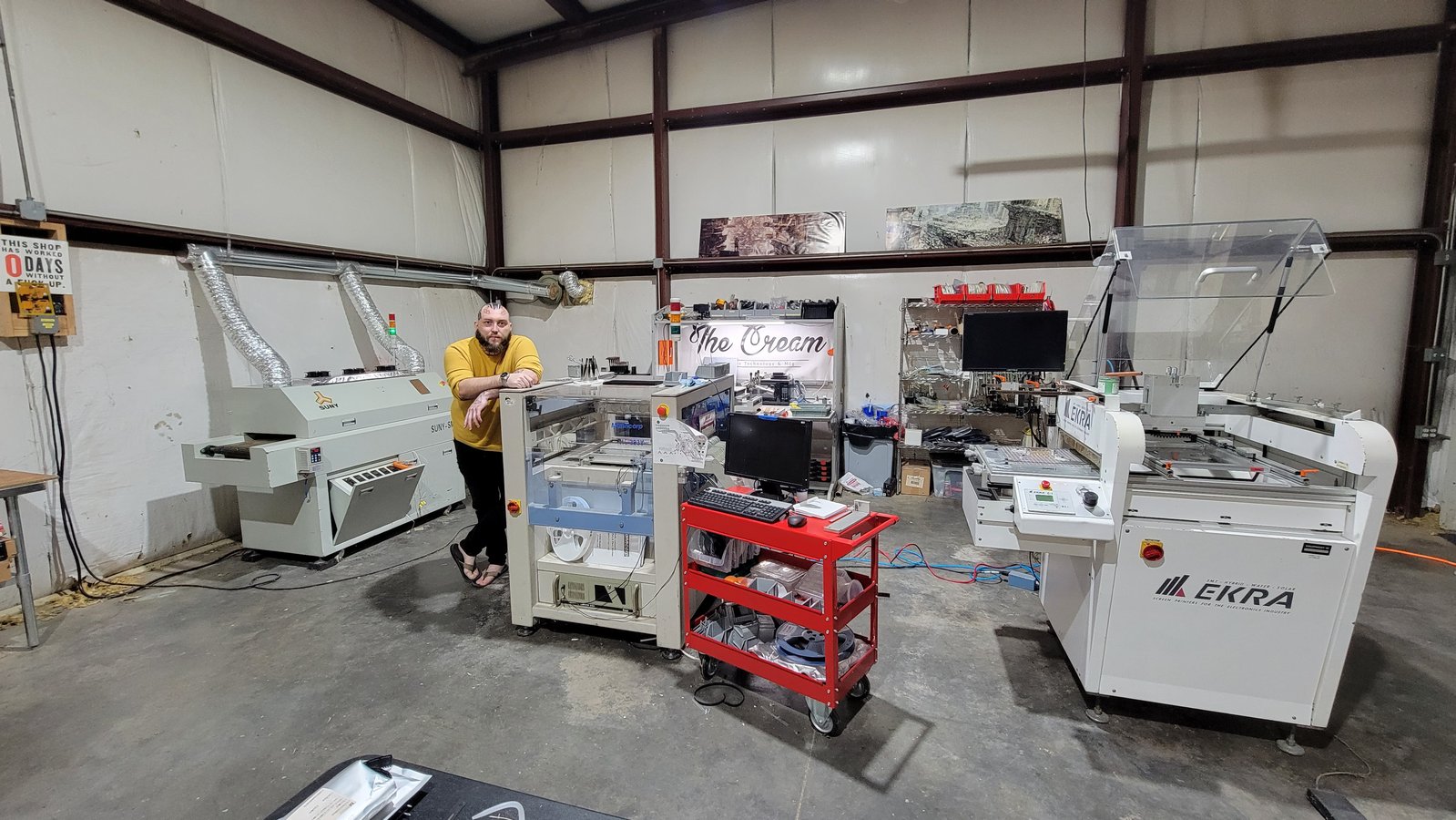 So what’s the deal? The short answer is: We’ve never run a crowdfunding campaign before and we’ve never shipped a fully assembled product. So although I’m confident that the BeanCounter panels would be easy for us assemble (in fact, I designed them thinking we would be doing the assembly), we have about a hundred other things to do that I’m less confident about. In the end, pricing the BeanCounter such that we could afford to outsource the PCBA and concentrate on things like packaging, testing, and compliance, seemed like the best way to ensure things actually got shipped. And I’m here to tell you: I’m so glad that’s what we did.

Working with PCBWay to have the panels assembled was so easy, the entire operation was turn-key. They were able to track down the parts I needed, given the Bill-of-Materials, and confirmed every step of the way that they had the right parts and they were being placed correctly. I’ll be the first to admit that they’re not the cheapest PCB manufacturer on the market, and I usually order my PCBs from a mix of different suppliers depending on the project requirements, but they have consistantly delivered. I’ve never had problems with quality, which I have had with cheaper suppliers. Given PCBWay’s track record, I was eager to find out what their PCBA process would be like. This would also be the first time I found myself on the customer side of this interaction, so I hoped to learn some things about customer experience.

Basically, it goes like this: You upload your design files and fill in some info about the assembly. Things like number of placements, number of discrete parts… you know, assembly stuff. You’ll also need to supply a Bill-of-Materials (BOM) that corresponds to the part numbers in your design and placement files. PCBWay has a spreadsheet template you can download to get started. You just need to fill in the part names and manufacturer part numbers, as well as whether they’ll be supplied by you or if you’d like PCBWay to source them. You can also specify whether or not it’s acceptable for them to substitute an equivalent part. After they review the BOM, they’ll update the quote to reflect parts pricing and you can pay for your order.

Once the PCBs get through manufacturing, they go into assembly where they’ll usually hang out waiting for parts to arrive. In my case, PCBWay was only held up for a week or two while parts came in, at which point they assembled an initial panel for approval. I got an email with high-res photos of the initial panel with arrows indicating parts I should pay special attention to (such as diodes, to check the polarity) and once I approved the initial panel, it was only a few more weeks before my 200 panels were on their way to me!

The parts arrived in good condition, no thanks to DHL ignoring my specific delivery instructions to put under the covered porch. This resulted in a very soggy cardboard box waiting for me when I got to the shop, but everything inside was packed so well it didn’t matter. In the top of the box was my packing list and invoice, and then all of the overage parts that they ordered for the build and didn’t use, and finally all of my panels individually anti-static bagged and wrapped in anti-static bubble wrap.