Due to the delays caused by the chip shortage, there’s not been a lot to report on the LUNA hardware front recently – but behind the scenes, we’ve been hard at work on the software stack which will accompany it. Over the next few weeks, we’ll be making some more updates about that work.

One of LUNA’s key features is its ability to act as a passive sniffer: it can be connected between a computer and the USB devices connected to it, capturing all the traffic between them. This is a powerful capability for debugging, reverse engineering, security research, or just learning how things work.

Up until now, USB capture and analysis with LUNA has primarily used ViewSB, an open source USB-specific application developed here at GSG. ViewSB displays captured traffic as a tree view that follows the structure of the USB protocol: packets are grouped into transactions, which are grouped into transfers. The tree view makes a USB capture easy to understand at a glance. It’s also possible to view LUNA captures with Wireshark, but although that’s a popular and capable tool, Wireshark’s USB dissector provides only a packet-by-packet view of the capture.

As we started to test more and more demanding use cases with LUNA, we began to find that neither tool delivered the performance we wanted to see. Wireshark can take considerable time to load or filter captures with many millions of packets, despite its mature C implementation. ViewSB is written in Python, an interpreted language that generally relies on gluing together native libraries to attain high performance. As we started to deal with larger captures from LUNA, ViewSB’s speed became the bottleneck, and we began to work on moving more of its work into native code.

We started to prototype a new capture and decoding pipeline, focusing on a new data structure design that would be fast to both construct and access, and that would scale to large captures. Initially we worked in C, with some UI code in Python, and intended on integrating this work into ViewSB.

Another issue we wanted to address was the ordering of items in the view. When multiple transfers happen simultaneously, a conventional tree view can become confusing or misleading, as the tree structure may not match the chronological order of events. Fixing this needed deeper changes, especially when combined with the need for efficient handling of large captures.

As development on both issues progressed, we came to the conclusion that we could make quicker progress, and achieve a better end result, if we directed our efforts into a new application written in Rust. That project is now approaching readiness for its initial release, and we’ve named it Packetry. 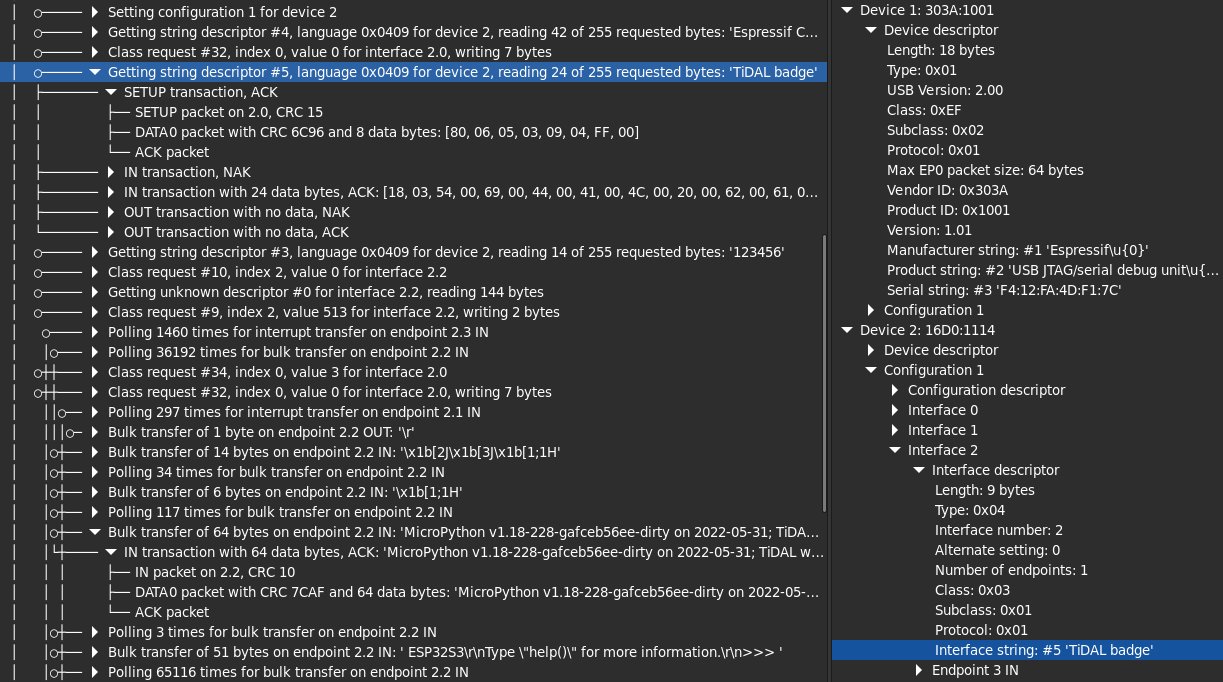 Packetry isn’t just ViewSB rewritten in Rust; the underlying design is fundamentally different, and it has been redesigned from the ground up. Our goals when developing Packetry were:

As with everything we develop, Packetry is open source, and you can follow the work in progress on GitHub. Over the next few weeks, we’ll be merging in the various feature branches we’ve been working on as we get ready for the initial release. As we go along, we’ll make some further updates here on Crowd Supply, explaining the new design in more detail.