In our last update we asked you all for feedback about whether populating the optional Pmod host ports would be a welcome addition to LUNA, and whether they should be added to bare board LUNAs, encased LUNAs, or both. We got many comments through our Discord, direct messages, email, and GitHub. The feedback was overwhelmingly in favour of adding Pmod host ports to encased LUNAs only, so we are going ahead with that change!

Our main goal in adding the Pmod host ports/footprints to LUNA was to add general-purpose digital I/O functionality to the board. This functionality can be used, probably most importantly, as trigger inputs or outputs that are synchronous with USB operations on LUNA or a device connected to LUNA. We’ve already used this I/O ourselves to test a circuit option that is now included in the latest LUNA design! Mike Walters has also used the Pmod host ports to stream data from a proprietary thermal camera interface. 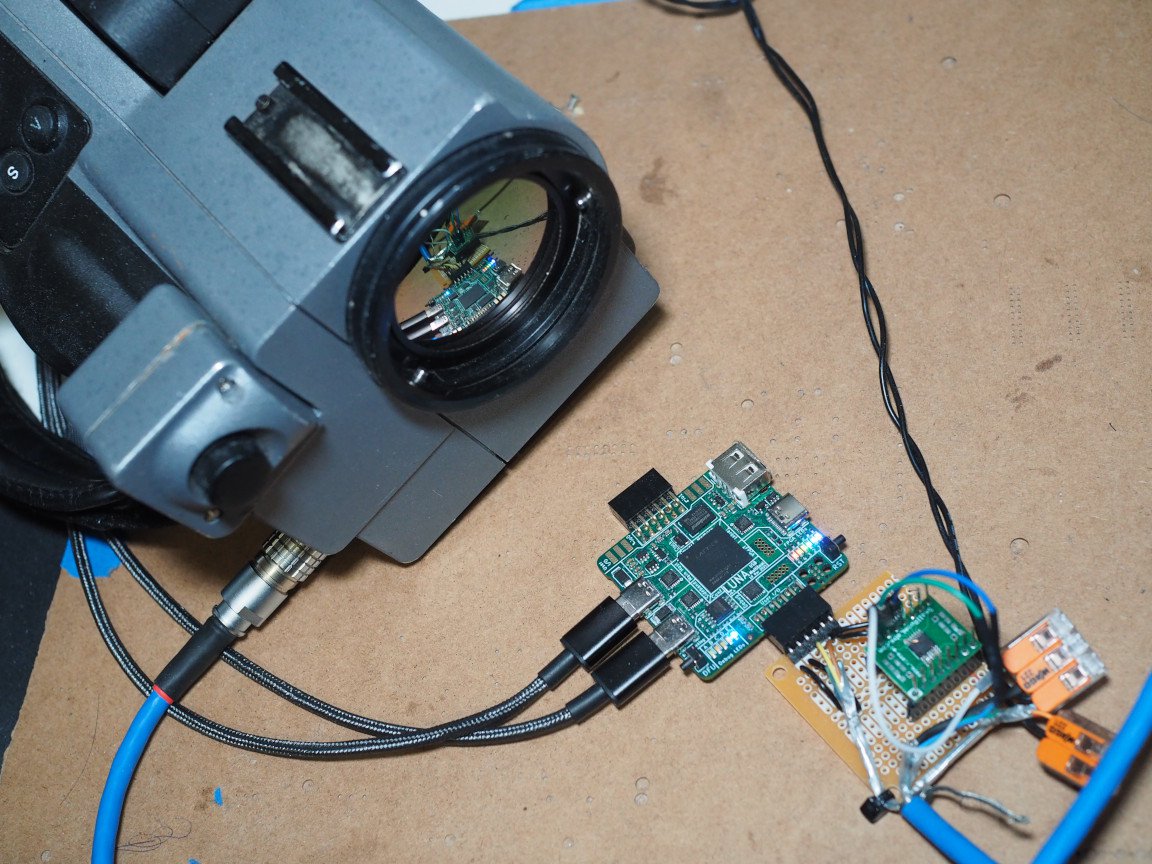 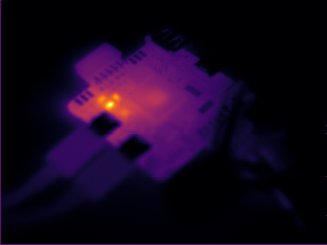 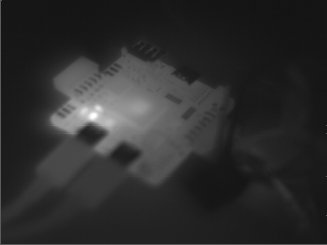 Pmod stands for "Peripheral Modules". Pmods are external boards that can be plugged into Pmod host ports on a host board to add functionality to a microcontroller or, in LUNA’s case, an FPGA on that board.

Pmod host ports on the board on the left and a Pmod connector on the right. Image from Digilent [0].

"This functionality includes audio amplifiers, GPS receivers, USB to UART interface, seven-segment displays, accelerometers, H-bridges with input feedback, analog-to-digital converters, and much more" [1]. Pmod host ports are made of 6-pin sections where one pin is for power, another is for ground, and the last four provide digital I/O [2]. These 6-pin sections can be used for plugging in Pmods, or they can be used as needed for general-purpose digital I/O. Digilent has blog posts and videos that dive into Pmods a lot further if you want to learn more.

While LUNA’s Pmod host ports are intended to be compatible with Digilent’s specification for Pmods [2], we do not have plans to provide dedicated software support for any particular peripherals. Fortunately, the flexibility of the LUNA framework and nMigen enables you to write your own I/O functions for Pmods that you’d like to use with LUNA. Tom Keddie has already provided an example of this [3]. We suspect that the Pmod host ports will likely be most useful to USB device developers, testers, and security researchers.

Physical changes to LUNA and case 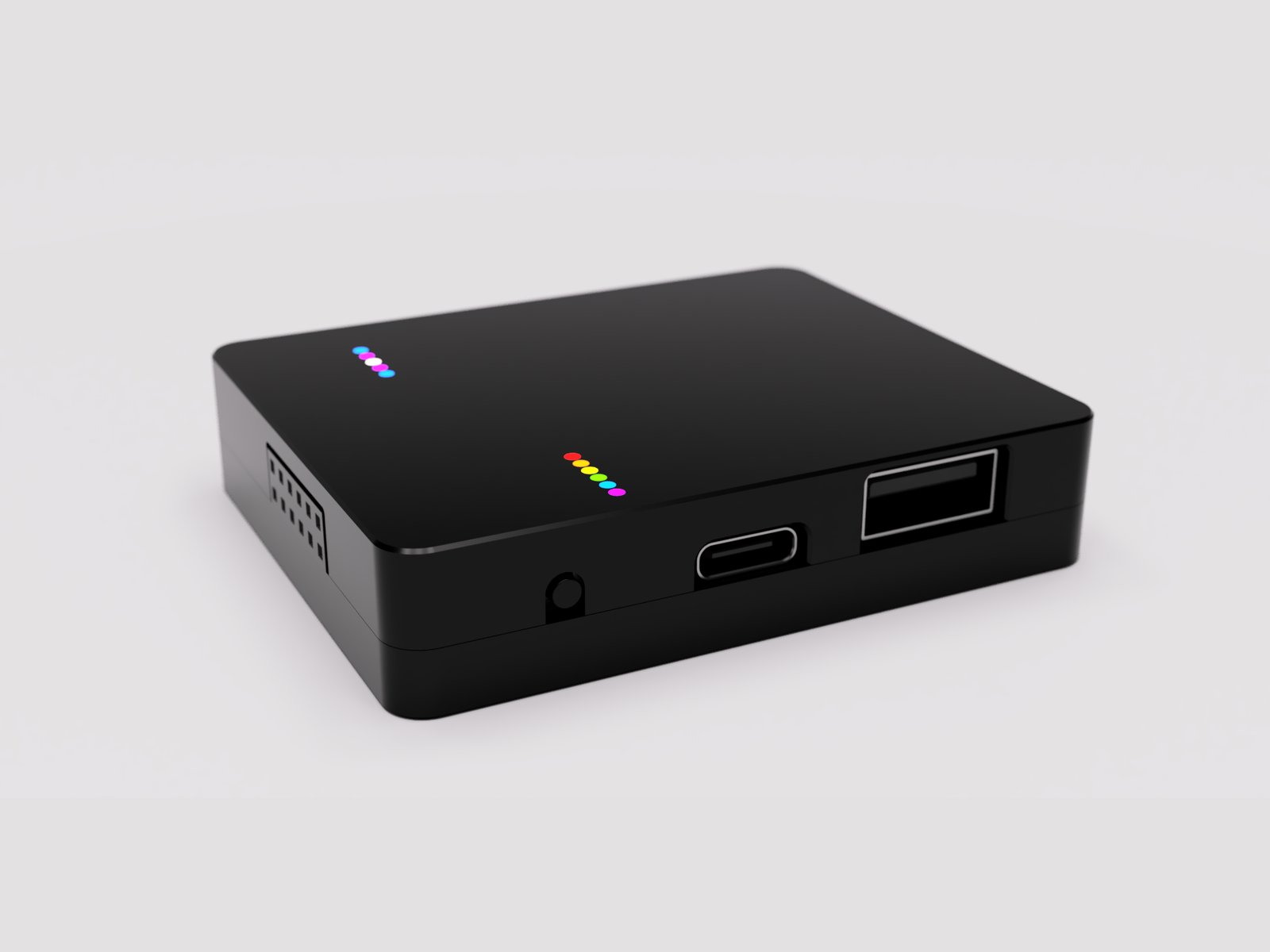 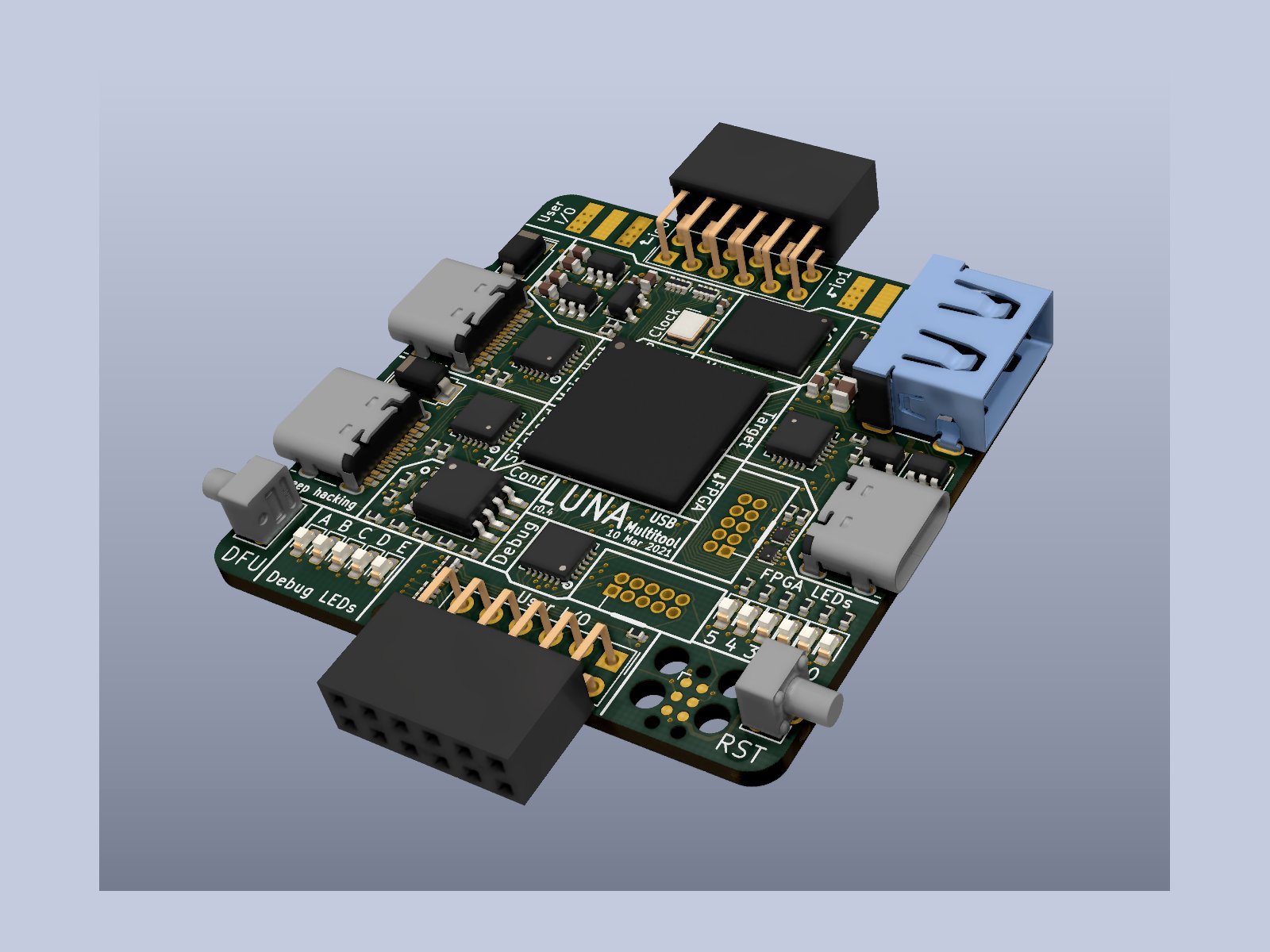 Pmod footprints will remain on bare board LUNAs so Pmod host ports can be soldered on later by those that wish to have them.