Affordable and open source robot for all

The Parts Are In 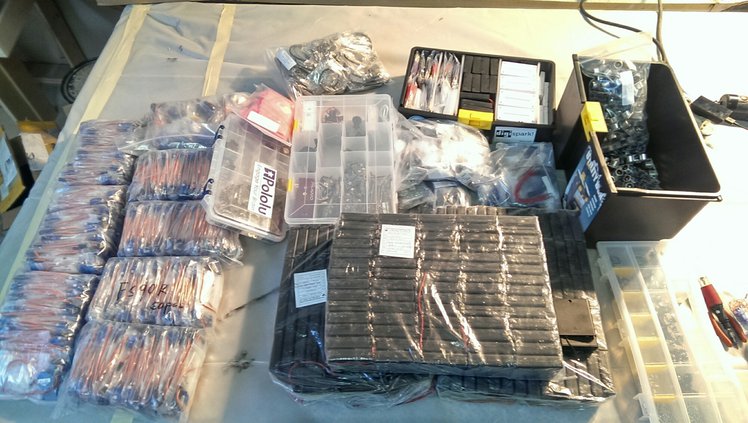 I have been organizing and building on stuff as it has come in. I even got a bit of help doing servo mods last weekend. I now have all of the parts needed to fulfill the crowd funding rewards and it looks like we will be able to get it all sent out near December 1st as expected.

A few unexpected surprises have come up along the way. I found a really good line sensor that matches the price of the old one. It will require a slight change to the chassis cut files, but it works much better and does not require a change in programming. Aside from that, I discovered that the servos now only come with 1 mounting screw rather than the 2 that previously secured the Servo horn to each wheel. I tried to see if I could get things to work with just 1 screw, but ultimately I just ordered some replacement screws that should arrive soon.

I have been working with a new Makerspace and just cut a deal for some discounted machine time in exchange for help with workshops and what not. The first chassis will be cut this Saturday and photos will soon follow.

Instructions, for those who ordered the inbuilt kits, is underway and now that I have parts to assemble, I will be adding photos soon.

We are one step closer to having a visual programming environment with Ardublocks. A friend has figured out how to set up the Java environment so we can create new blocks to work with the Hack-E-Bot. I will try to have that going shortly after shipping, but for now getting the kits sent out is my priority.