In propulsion systems, the amount of power used at a specific thrust is the most direct measurement of the system’s overall efficiency. There are 3 primary factors that determine a propulsion system’s efficiency: the mechanical efficiency of the motor, the electrical efficiency of the motor controller (ESC), and the propeller’s figure of merit, which is a function of a prop’s speed and lift-to-drag ratio. We worked with our manufacturer to ensure our motor’s mechanical efficiency is on par with the high end motors currently on the market. On the ESC side, we are able to boost efficiency significantly because we have a unique method of driving the motor, which we call Field Estimated Control (more to come in a future update). We are continuously working on optimizing the firmware to make the ESC operate as efficiently as possible. The test conducted for this update compares the differences in power consumption between various APC propellers. 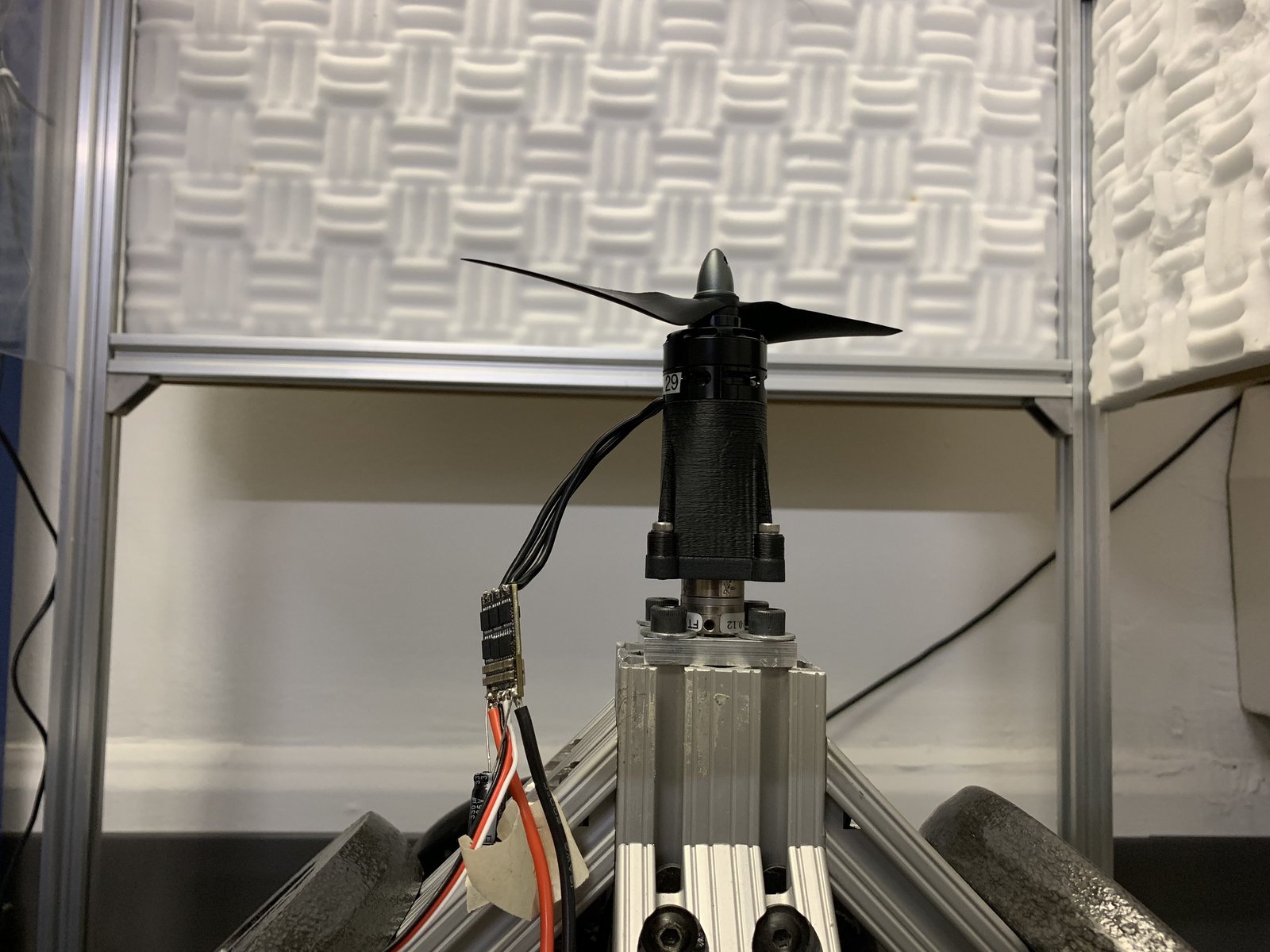 For ease of comparison we measure the amount of power used to produce 5 N of static thrust. We selected this thrust value for a couple reasons: it is in the middle of the propellers’ thrust range and it requires enough power to reasonably compare the differences in power consumption between each propeller. The tests use a 1500 mAh 5s battery, the battery is fully charged before each response is carried out. Thrust is measured using the ATI nano 17 along with an NI DAQ. During the test, we take 8,000 measurements per second.

Based on these results, a user looking to maximize the efficiency of his or her drone should use the APC6x4 prop with our motor. It is important to note that there are many propellers on the market. Every prop has its own characteristics, but these test results should provide our backers with a good starting point if propulsion efficiency is important to them.