Like many others, we have been severely delayed by COVID restrictions and the effects it’s having on the supply chain, and I’d like to thank everyone who is keen to get a hold of a KrakenSDR for their patience. The ball is rolling faster now, and we have finally received our latest KrakenSDR prototypes! Testing has been ongoing for the last few days, and apart from a few minor issues, everything is working brilliantly. At this stage we are confident in the design and are making plans to begin our crowdfunding campaign soon, so please keep an eye out for the launch announcement! 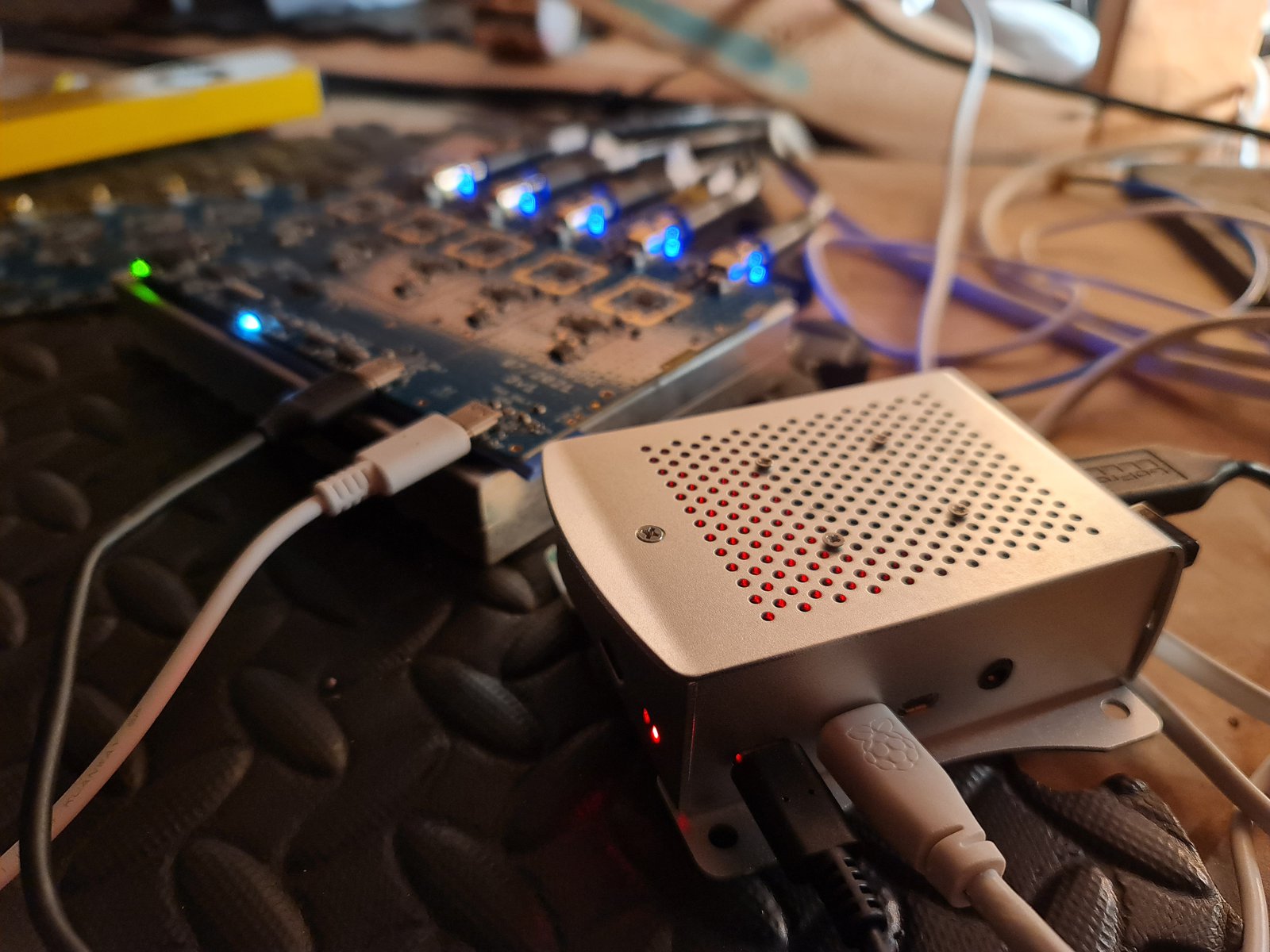 A KrakenSDR prototype running on a Raspberry Pi 4

Our first batch will be limited to 1000 units due to supply constraints, and we expect it to be ready two to three months after the campaign finishes. If you are late to order, the second batch will still be available for the discounted campaign pricing, but please keep in mind that the second batch will be at least six months away due to long lead times resulting from supply-chain issues caused in part by the pandemic.

The next stages in hardware development will involve finalizing our custom-milled aluminum enclosure, testing one last prototype, and beginning mass production when the crowdfunding campaign is completed.

Our software development is ongoing, and the beta version of our new DAQ firmware and direction-finding DSP software layer is stable and available on the KrakenSDR GitHub repository. Everything resides in the development branches, and full documentation of the code structure is available in the documentation folder. This code can also be used on the KerberosSDR by editing the configuration files to specify four receivers instead of five.

By the time the units ship out, we will have a ready-to-use SD-card image for the Raspberry Pi 4 and an available quick-start guide. 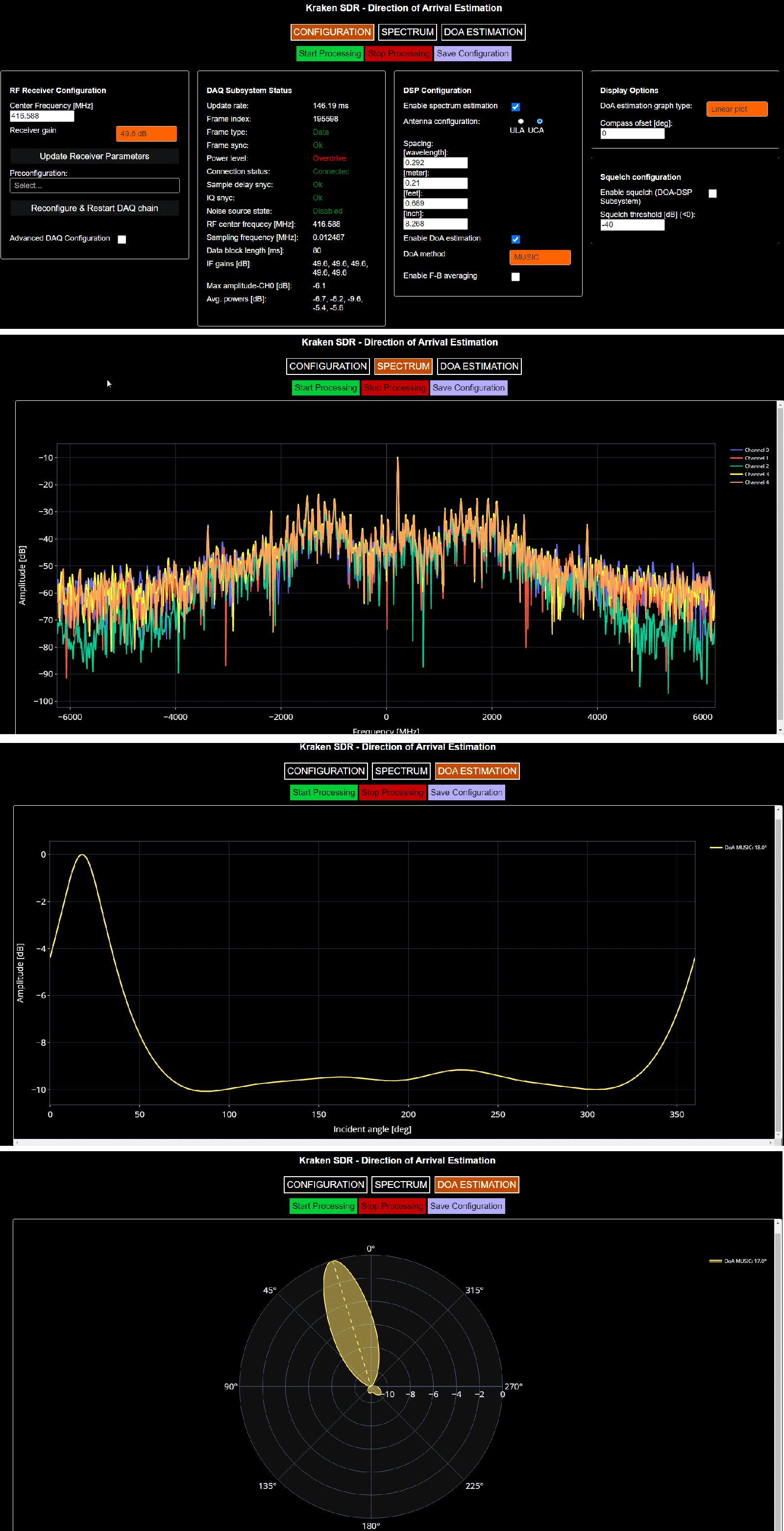 We have also been working at improving the Android direction-finding companion app, which is used to plot and log the direction-finding bearings generated by the Kerberos/KrakenSDR unit, combining it with the GPS and movement data generated by the Android phone. This Android phone + KrakenSDR combination results in a powerful, multi-path resistant direction finding tool, and once enough data has been collected (usually after a few minutes of driving), it is able to determine the most likely transmitter location.

The upgraded app makes use of the full 360 degrees of direction of arrival and multi-path data that is generated by the KrakenSDR, resulting in a more accurate determination of the transmitter location and a better understanding of the uncertainties. It also allows users to visualize the multi-path. We have made various bug fixes and improvements as well. We are planning to transition this into a paid app, but all KrakenSDR backers will receive a free license, and the older KerberosSDR app will remain free. 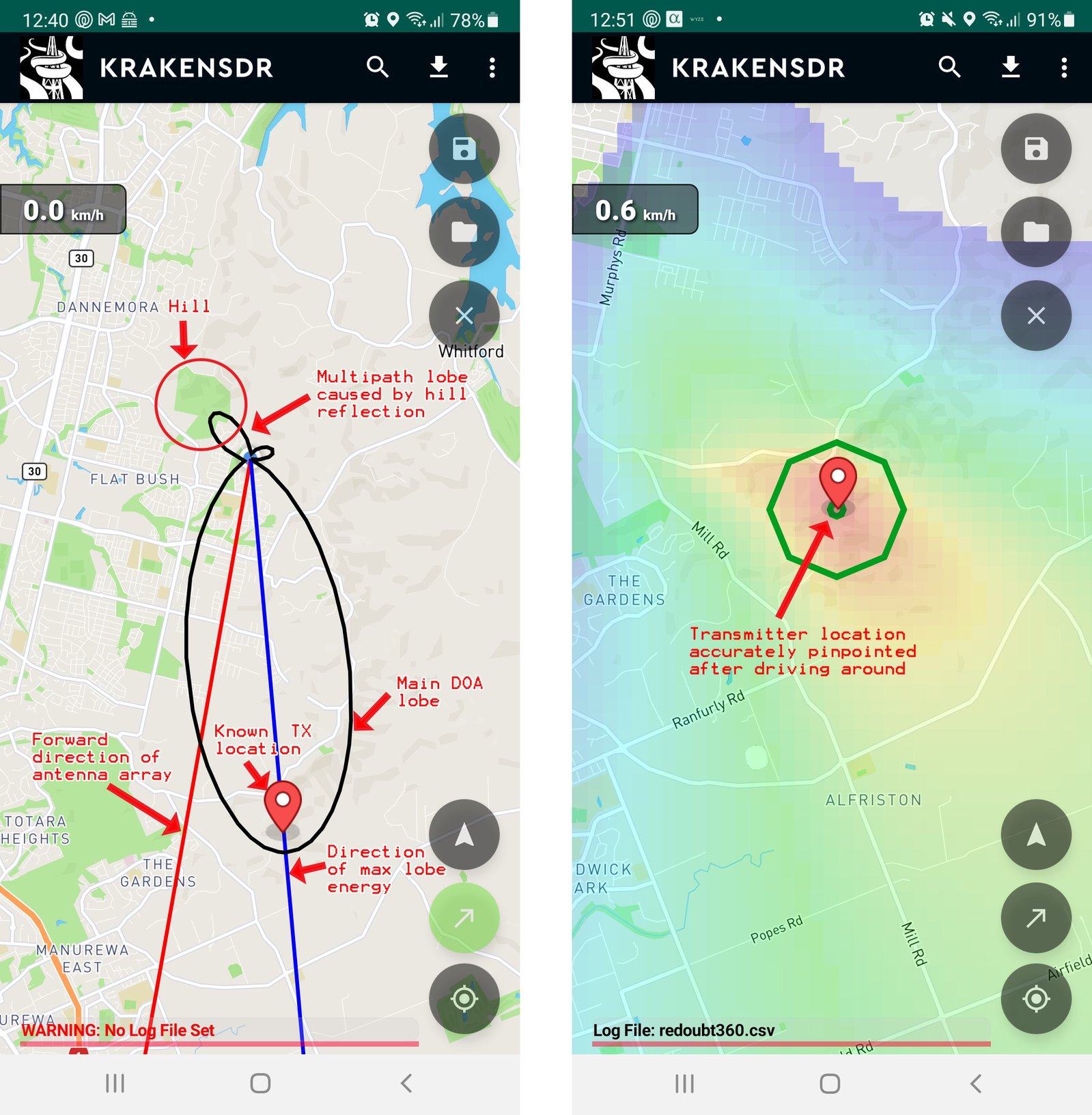 To work as a radio direction finder, KrakenSDR needs five antennas. If you plan to use them in a circular array, they need to be omnidirectional antennas, such as whip or dipole antennas. We will be selling an optional set of five magnetic whip antennas which can be mounted on various surfaces, such as the roof of a car. (Please note the magnetic whip antennas shown below may differ slightly from the ones we end up selling.) 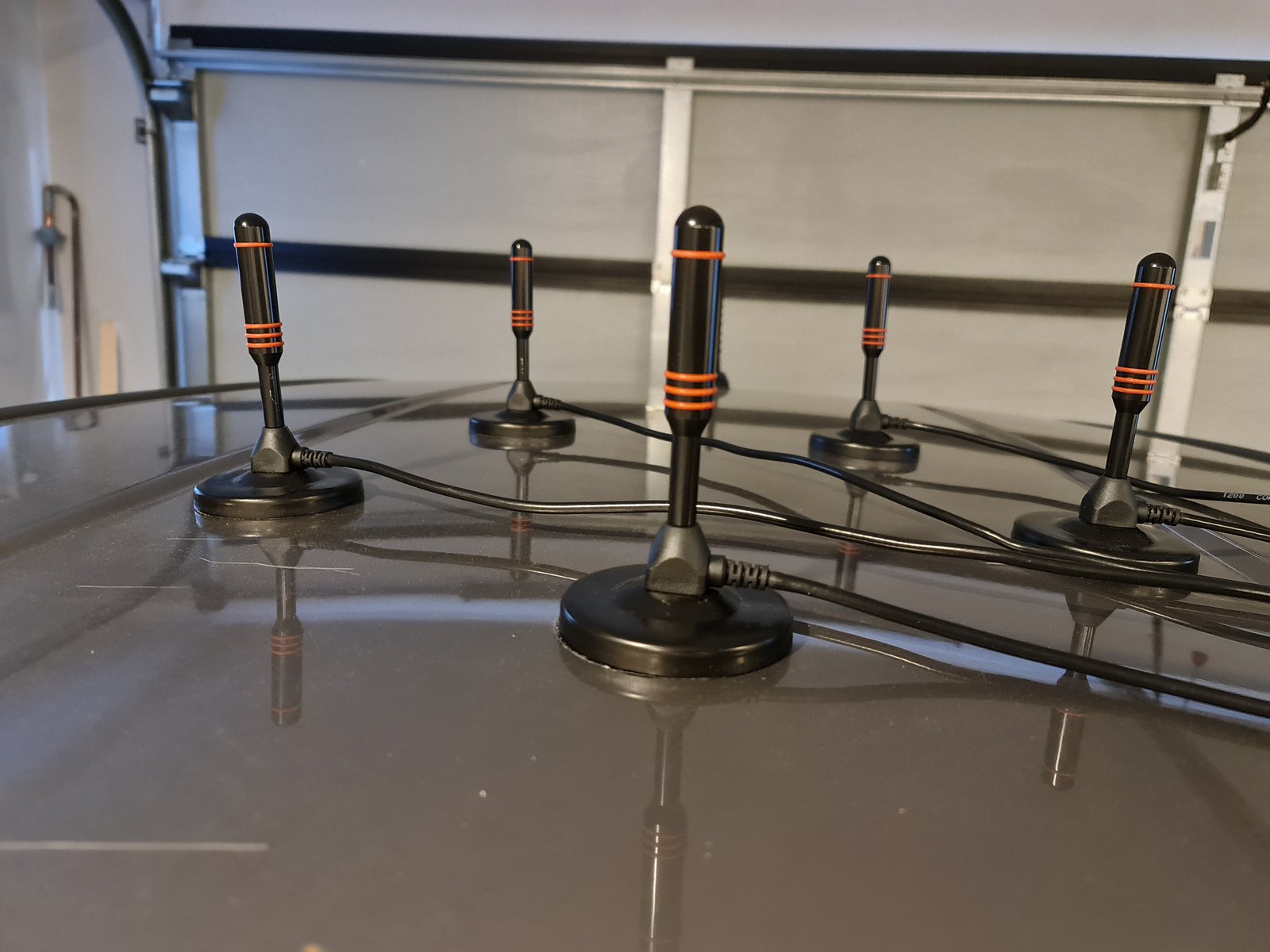 Work on the DAQ and DSP software is coming along well. It is stable on a Raspberry Pi 4 and is nearly complete. We are continuously adding minor features and monitoring for bugs to fix. Intermittent "bursty"-signal handing is already working, and we are well on our way to improving its sensitivity to weak, bursty, narrowband CW signals, which can still be problematic to detect. The Android app is currently being field tested as well.

Work on new passive radar software is also ongoing, and we expect to have something ready for experimentation—including a quick-start guide—before we begin shipping. As of now, it also remains possible to use the older KerberosSDR software for passive radar, but we believe the new DAQ core software will run things much more smoothly. The goal for our new software is not only to plot a range-doppler map, but to combine it with direction-finding and to plot radar detections on a map. To do so, it might need to run on something that’s faster than a Raspberry Pi 4, such as a GPU-based device like the NVIDIA Jetson.

One application at which we think KrakenSDR will excel is amateur radio astronomy via interferometry. The ability to combine multiple small hydrogen line dishes, spread out over several meters of area, should result in a much greater radio imaging resolution without the need to deal with a single huge dish. It may also allow for a beam to be electrically steered, which would obviate the need to rotate the dishes.

At the moment, networked direction finding (direction finding via multiple fixed or mobile sites spread out around a city or area) is possible via the third party RDF Mapper software, but we aim to create our own advanced platform in the near future. The goal is to have software that will automatically log the event and notify users when a signal of interest appears. The list of use cases for this might include helping coast guards locate distressed marine pleasure-crafts that typically do not have AIS via their VHF radios; locating beacons for animal, wildlife, or asset tracking; and monitoring for illegal or interfering transmissions.

Our core DAQ + DSP software will also be updated to support the monitoring of multiple simultaneous channels within the available 2.56 MHz bandwidth, and with a scanning and beacon-ID detection feature.

One example we hope to test is the operation of KrakenSDR on a drone. With a line of sight from up in the sky, it should take very little time to locate a transmitter!