Thanks to everyone’s amazing support we were able to fund in less than 24 hours from release! Now, thanks to funding, we can move on to the job of finalizing our batch manufacturing and accelerating development of our codebase.

Please keep in mind we’ve sold almost half of the first batch of 1000 units! So, if you have been hesitating, please get your order in soon since subsequent batches could be susceptible to manufacturing delays.

The design of the KrakenSDR enclosure is coming along nicely and we expect to be cutting the new prototype soon. The image below shows a 3D rendering (the blank space in the middle will contain the logo). The enclosure is a critical part of the KrakenSDR as it helps add thermal mass and cooling ability. Phase drift can occur when the tuner chips experience temperature fluctuations, so adding thermal mass helps to dampen ambient temperature changes significantly. The PCB is thermally connected to the enclosure via a thermal pad. The enclosure, of course, also helps block signals from directly entering via the PCB, which could skew results. 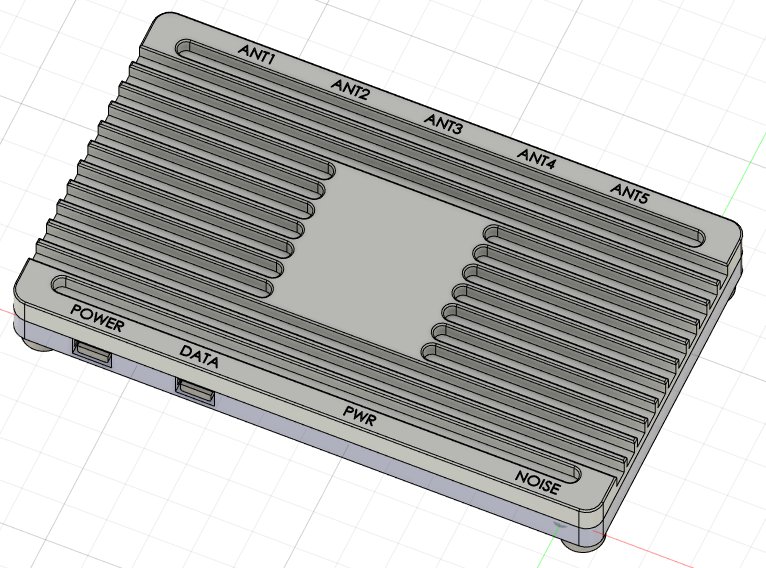 Unfortunately Arrow Antennas have recently informed us that delivery of their five-element, fixed-site, dipole array we mentioned in the campaign text is going to be delayed due to the aluminum shortage crisis in the USA. We’re holding out hope this will be resolved early next year by the time we ship. Please note that this has no impact on the $99 set of five magnetic mount antennas offered directly by us through the campaign.

The new code is designed to be compatible with x-channel Kerberos/Kraken style receivers. So it can support the four-channel KerberosSDR and the five-channel KrakenSDR as well as any DIY system with x-channels. The only change required will be setting the RX channel count in the configuration. The main disadvantage with the older KerberosSDR hardware is that even with the new code, you still will need to manually disconnect the antennas when calibrating (e.g., at startup or frequency retune).

If you have a KerberosSDR, you can try this code out right now by cloning and installing heimdall_daq_rx and krakensdr_doa. Everything, including install instructions and documentation, is in the development branches of our GitHub repo. When the code is fully released, the ready-to-use Pi4 SD card will be usable with KerberosSDR simply by changing the RX channel count. 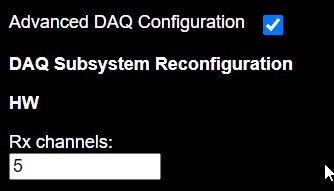 We have also considered the Android App and are happy to announce that all our previous KerberosSDR customers will receive a license for the upgraded app when it is released too. KerberosSDR customers, please keep an eye on the email address you used with your order for updates on that in early 2022.

This week, the 4.5V bias tees were put through a stress test by powering five wide-band LNAs. This is working beautifully with a 5V, 3A power supply. A 3A supply will be required if you are intending to power an LNA on each port, as the KrakenSDR itself draws 2.2A maximum load when all tuners and the noise source is active. 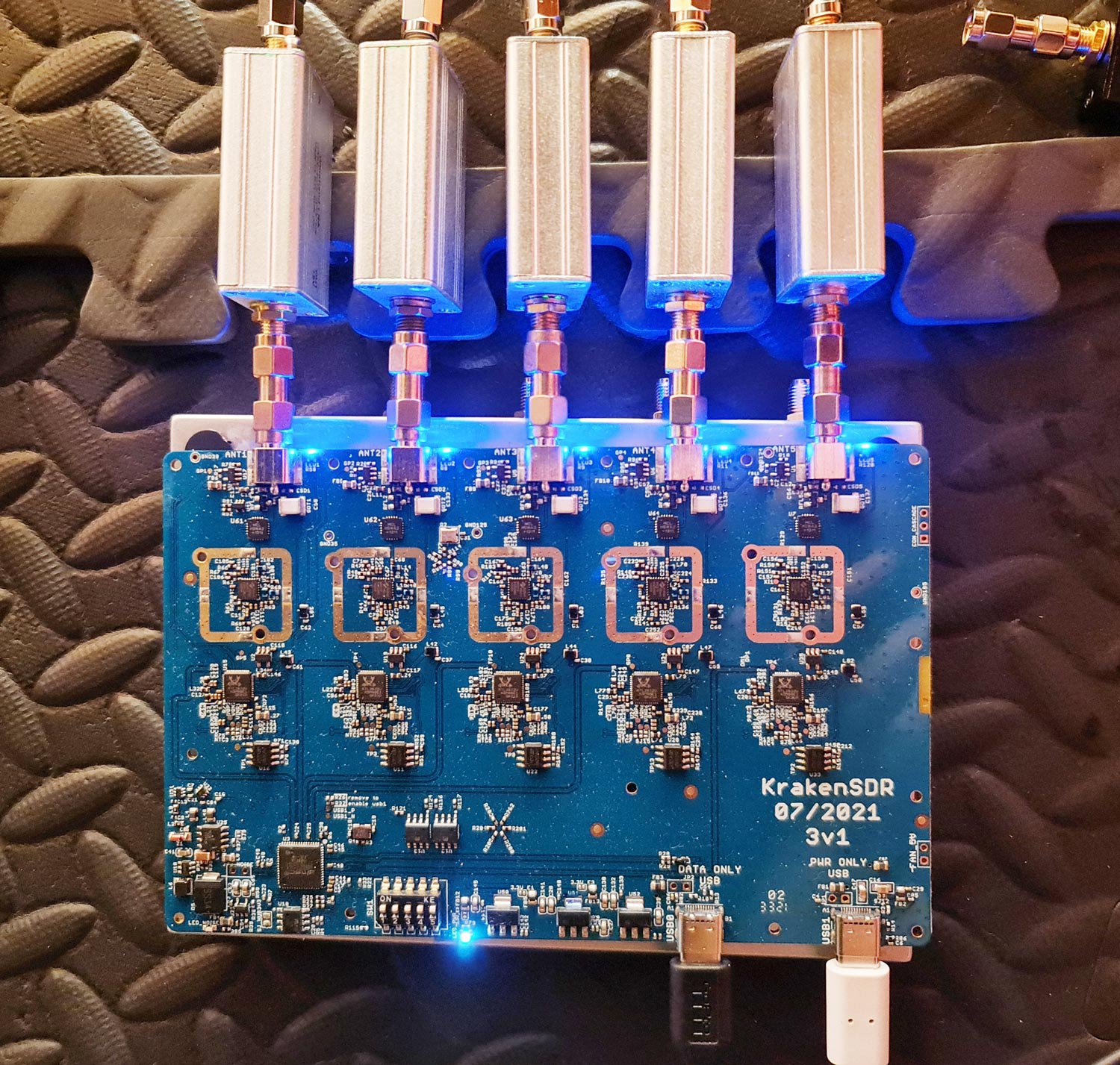 We have also been testing how the KrakenSDR could be coupled with a small, low power, 10dBm 433 MHz ISM band CW beacon based on the Heltec WiFi Lora 32 hardware, but modified to run the LoRaFox fox hunting beacon software. The range of this low power beacon at 10dBm seems to be roughly three kilometers/two miles with the beacon obscured inside the glovebox of a car. We plan to provide more info on these tests in the next few weekly updates as we think there is an application for similar low power beacons combined with KrakenSDR for local asset, pet, or wildlife tracking.

We are also beginning work on our network mapping solution, which will allow users to run multiple KrakenSDRs in an area with all units uploading data to a central server over the internet. The server will run a web-based version of our Android app, collecting and plotting all bearing data on the same map, and determining a likely TX position. We hope to have a working beta out by the time we ship early next year.