Two more weeks in the books, another wave of ridiculous issues and delays… The latest culprit: PCBs.

As it turns out, not only did the onshore fabrication house – run by one of the largest PCB manufacturers in the world – experience some never-before-seen quality issues with the Rev. 4 fabs (as in, a ~66% failure rate due to a “registration" issue between the clear and matte black soldermasks, resulting in electrical shorts on the boards) turning what was supposed to be a one-week turn into four weeks…and counting, but the offshore fabs were likewise delayed a couple more weeks.

Not only that, even the PCBs that “passed” are being rejected on our end for inconsistencies in the soldermask around the BGAs and other fine-pitch pads. If you’re itching for more of the nitty gritty, see the following corrective action report:

Anyway, the new plan is to receive the 500 ‘re-run’ fabs on Monday (12/19), which means we’d have first articles available by the end of NEXT week… We’ll test these, then let the CM loose on slamming out the balance – this of course assumes the fabs we receive on Monday are actually good and all tests pass with flying colors. As you can probably guess, all this makes the likelihood of anyone having a snickerdoodle deployed down their chimney by a fat man in a red suit before/on December 25 rather unlikely. :(

Needless to say, this whole situation has become almost comical. Or at least it would be comical if it wasn’t so infuriatingly frustrating and exacerbating.

Not that it’s any consolation, but on a more positive note: we’ve revamped the cookieJar snickerdoodle enclosure. Instead of injection molding these – which is both overly costly at low volumes and, honestly, pretty lame – cookieJar will now be machined out of 6061 aluminum, bead blasted, anodized, and laser engraved – check out the renderings below. 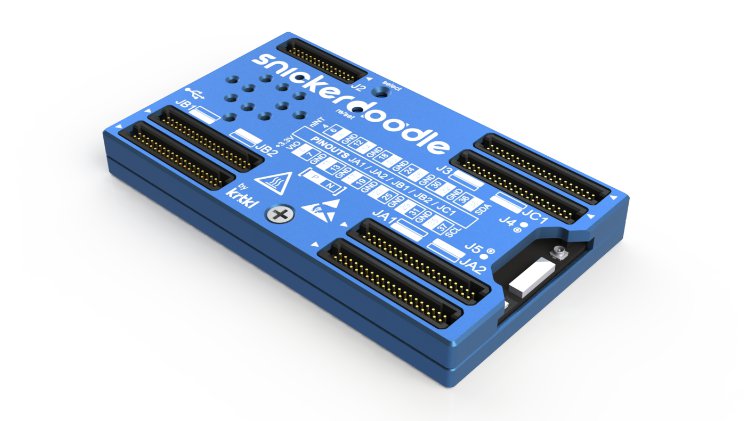 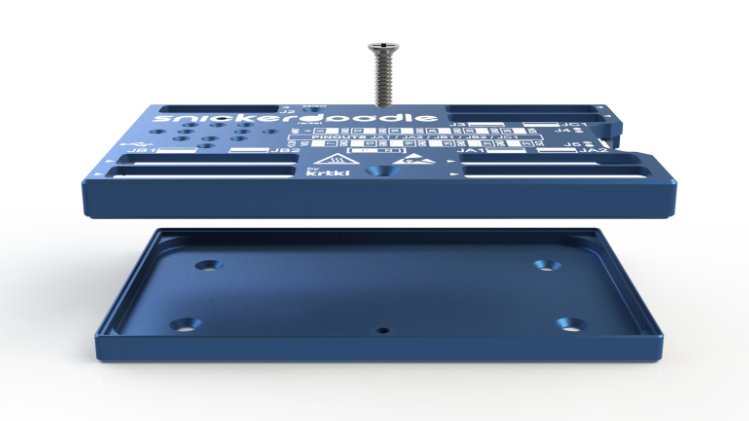 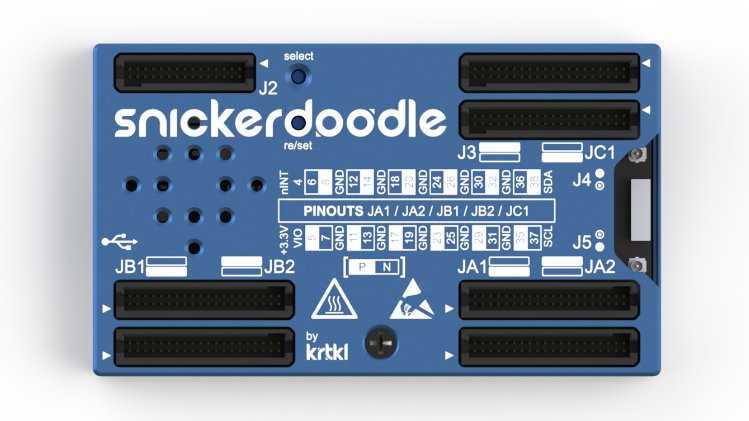 You’ll notice we eliminated the heat sink cutout. That’s because it’s been replaced with an internal boss + thermal pad so the enclosure will now act as the heat sink! There are four countersunk mounting holes in the base if you want to strap this thing to whatever you’re driving/flying around… We’ll provide the screws.

The price will be higher (\$65 vs. \$25) but nothing says “I’m a bad a\$\$” like showing off your snickerdoodle in a precision-machined, billet aluminum enclosure (except for maybe a stainless steel enclosure, but that seemed a tad overkill…and really heavy).

*Note: For those who’ve already ordered a cookieJar, you’ll need to confirm via email before 1/31/17 (at hello@krtkl.com) that you’d like to be upgraded to the new machined enclosure. There will be a one-time, \$25 charge (\$50 total) for the upgrade. If we do not hear from you by 1/31, YOUR COOKIEJAR ORDER WILL BE CANCELLED AND REFUNDED.*

As far as manufacturing and shipping these, we don’t expect there to be some massive global shortage of aluminum – although it wouldn’t surprise us at this point – so we might actually be able to deliver these “on time” (or at least whenever the snickerdoodles are finally done).

We’ll be writing up some massive ‘postmortem’/‘lessons learned’ post at some point to share all our trials and tribulations – as well as some advice for others considering such an absurd endeavor. We’ll hold off on that for now, as something tells us there are still some more “lessons” to be learned (i.e. a few more people lining up to kick us in the ribs).

That’s all for now. We’ll get another update out next week (hopefully with some pictures of freshly baked Rev. 4s). Looking forward to working through the holidays…