Another wave of boards from the aforementioned ‘reworks’ made it up to Crowd Supply last week and are making their way out the door. This week we’re kicking off the process of getting parts in for the next production build, which will take a few weeks.

In piSmasher news…we were able to successfully “blast” the piSmasher Gigabit Ethernet and USB 2.0 interfaces. Below is a picture of our test setup (a USB-to-GigE adapter was used on each USB jack to ensure we were saturating the bus): 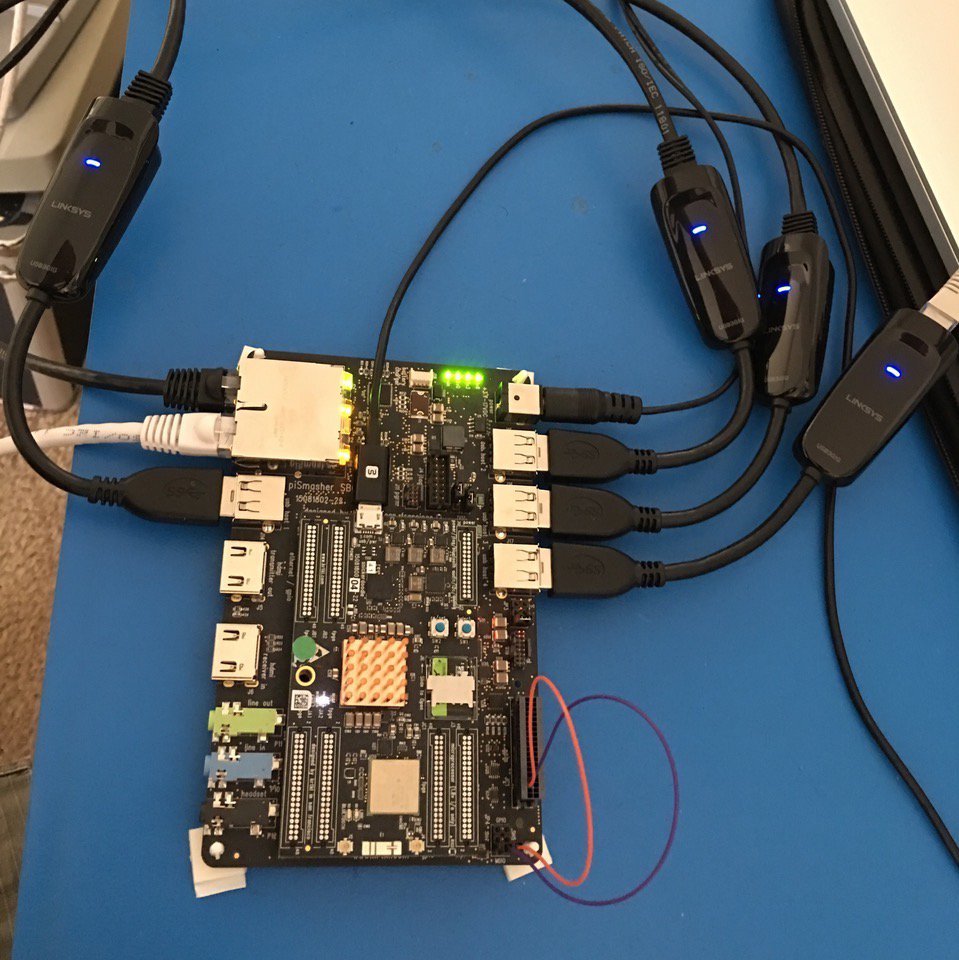 Below is a snapshot of the Console output showing all six wired network interfaces, two Wi-Fi networks, and a local ‘virtual’ loopback:

Still wrestling with the audio side of the video interfaces. Hoping for more progress on that this week…shouldn’t be much longer before we’re in the clear.

That’s it for now!