We sent a LimeRFE 0v3 prototype board to Evariste Courjaud, who will be known to many of you in the Digital Amateur TV (DATV) world for his work on open source Digital Video Broadcasting (DVB) implementations, which are frequently used with the wideband QO-100 transponder on the Es’hail 2 satellite. 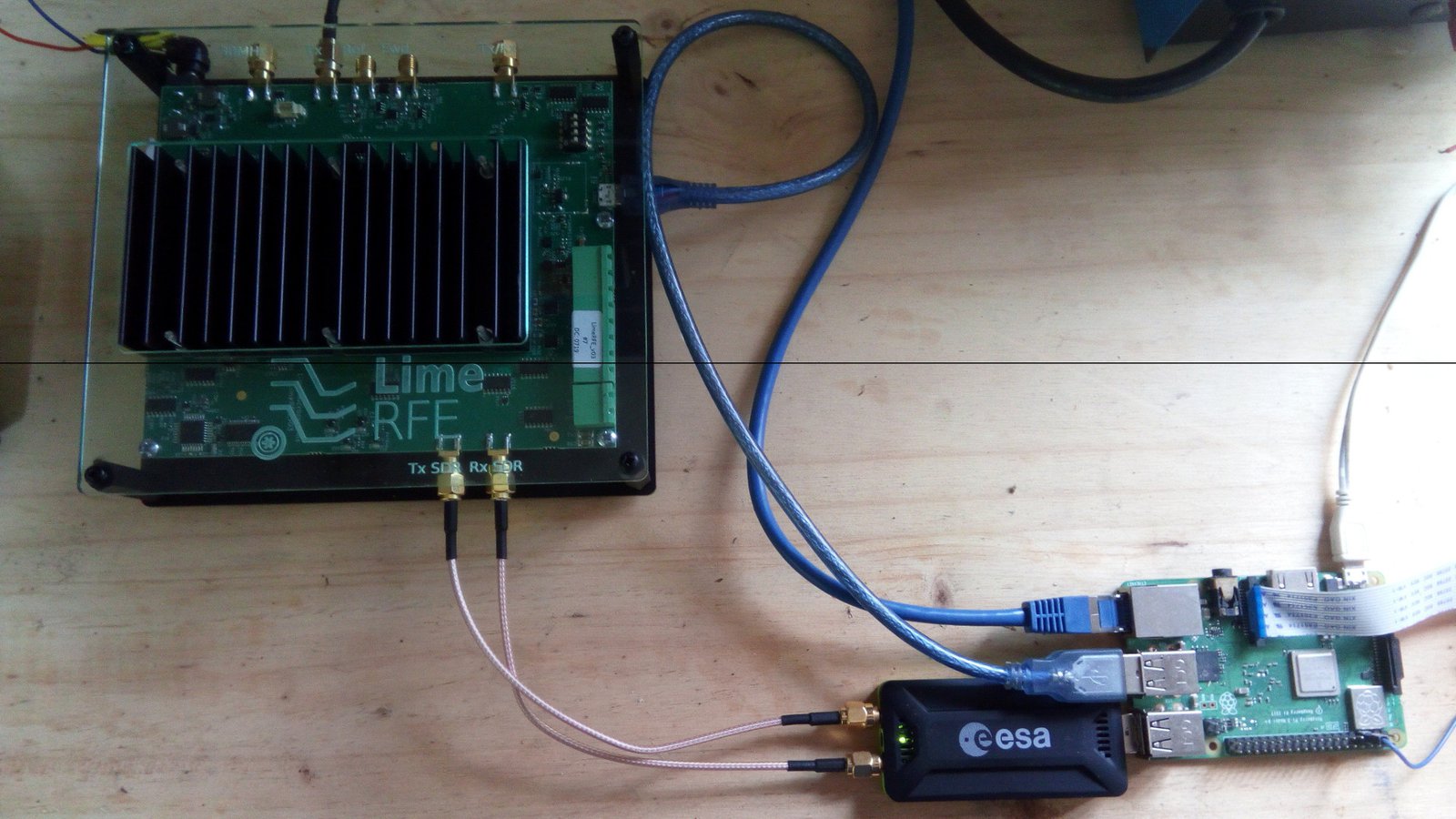 It might come as no surprise that, upon receiving a LimeRFE prototype, Evariste decided to try it out with DVB, using a LimeSDR Mini connected to a Raspberry Pi with an attached camera to create a transmitter generating a signal on 437 MHz. This ~10 mW signal was then amplified to three watts and filtered by the LimeRFE, which was configured by the same Raspberry Pi.

Finally, the test signal was received by a MiniTiouner USB receiver. Evariste noted that the signal was clean, with no shoulder and a good Modulation Error Ratio (MER).