We sent a 0v3 prototype board to radio amateur and GNSS engineer Daniel Estévez (EA4GPZ), so he could put it through its paces and provide feedback as we fine tune the design. He didn’t waste any time setting to work with WSPR (Weak Signal Propagation Reporter) on the 10 m amateur radio band. For those not familiar with WSPR, it’s a protocol, with open source implementations, that is designed for sending and receiving low power transmissions to test propagation paths.

Unfortunately, it seems that our prototype board was damaged in transit, and instead of delivering around 2 W, the output on 10 m was around 300 mW. However, even with this much reduced transmit power, Daniel’s WSPR transmissions from Madrid were being picked up as far away as the Canary Islands, Netherlands and Northern England. 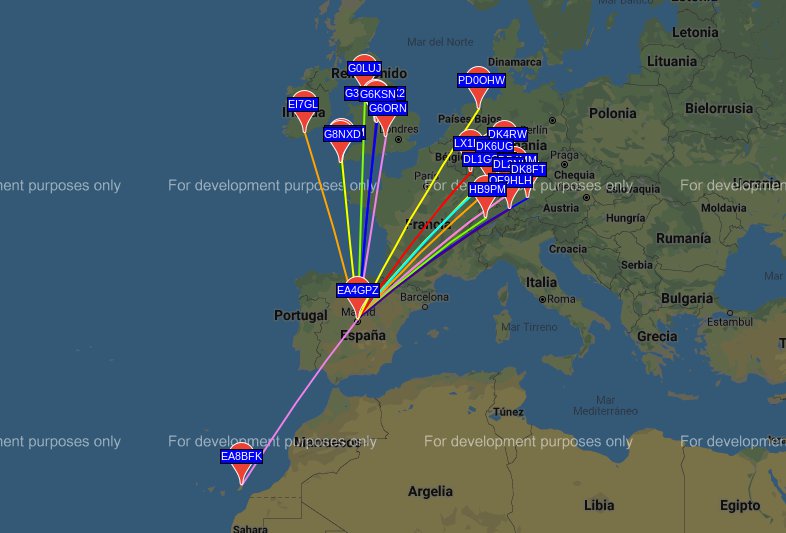 For further details see Daniel’s blog post, which also includes a run down of the LimeRFE hardware and other key components. As he notes, there have been updates to the design since 0v3, including additional band filtering. We’ll be carrying out many more tests in our lab, and sending out additional boards to beta testers, in order to continue gathering feedback before we finalise the design that will go the manufacturer and that backers of this campaign will ultimately receive.